In a world where brodiocity is under attack, legendary war veteran John Dudebro&#8482; and his fiery sidekick Habemus Chicken will rise for the greater good, and a few pints of beer.
Tasked by General Dawgless Lee to track down Armando Pesquali, arms dealer of unspecified ethnicity, the duo will embark on a brotastic adventure, facing deadly opponents such as Commander Limpwrist&#8217;s SkullPro army and the mysterious Dude Squad.
Developed by Grimoire Assembly Forge&#8482;, a collective composed primarily of NeoGAF forum members, Dudebro&#8482; II both parodies and pays homage to the game industry as a whole.

&#8226; Old school 2D sidescrolling shooting/slicing action, running in full HD (1080p) at 60 frames per second.
&#8226; Advanced physics, powered by Farseer&#8482; Physics, and shader effects.
&#8226; The vocal talents of Jon St. John, starring as the titular character John Dudebro&#8482;.
&#8226; Crazy weapons and upgrades allow players to unlock previously inaccessible routes and find new secrets or gear.
&#8226; Players can explore multiple locations, and warp back to previously completed areas at will.
&#8226; Dudebro can carry more than two weapons at the same time. And a knife.
&#8226; No regenerating health - Dudebro&#8217;s Brodiocity Meter refills by behaving like a bro (killing enemies, rescuing ladies, and so on).
&#8226; The game parodies the industry&#8217;s focus on testosterone-filled AAA action titles.
&#8226; The game is developed with XNA Game Studio, and will be released on PC at a date yet to be announced.
Click to expand...

Throwing money at the screen and nothing seems to happen.
B

Game of the year.
G

I wonder how much Jon St. John cost
W

Thanks for all the hard work everyone.
W

Indeed. That explains why throwing my money didnt worked.

This is awesome! Didn't know you were going full 2D pixel-art style, but that's not a bad way to go over the 3D stuff you were doing before.

Shouldn't the "II" be after "Straight up Dawg Time"?

That themesong is BADASS, "inspired" from Red Alert it seems.
M

Banana Kid said:
Game of the year.
Click to expand... 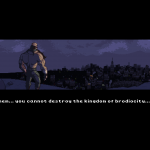 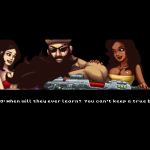 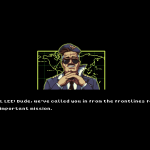 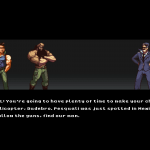 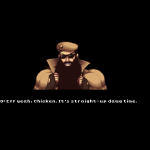 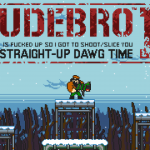 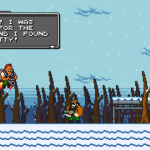 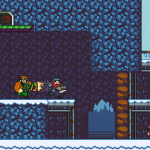 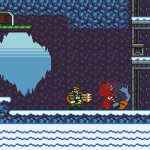 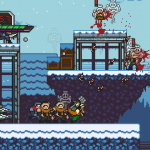 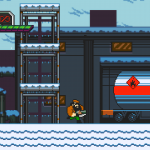 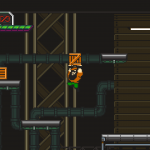 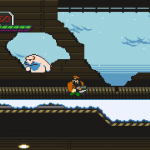 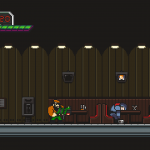 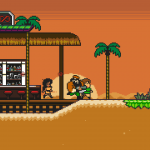 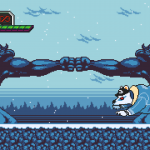 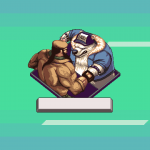 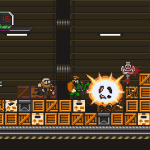 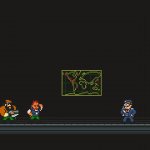 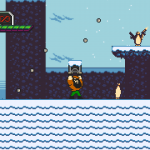 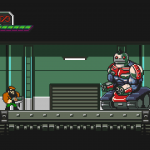 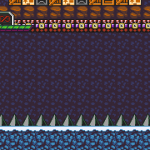 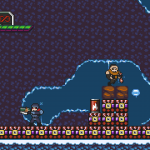 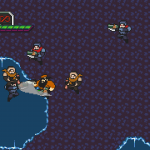 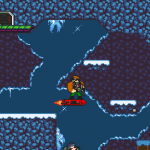 I just witnessed a video game character fire a rocket, then use it as a platform to jump onto.


Take all my money
R

kiryani said:
I just witnessed a video game character fire a rocket, then use it as a platform to jump onto.

How is this free?
K

I'm willing to bet nothing. He is actually a really cool guy who probably did this for fun.

(He also will record voicemail answering messages for people too).
S

favorite part of the trailer

Game of the forever.
S

Finally someone made a retro inspired pixel art 2D side scroller!

KTallguy will be happy.
E

Look at these blatant bullshots.

I'm disappointed in you, Jocchan.
J

Whoa when did it turn into a 2D sidescroller? Last I heard it was a 3d top down shooter.

I'm a bit confused. Did you guys change it from the top down perspective to the 2D side scroller? Or was that gag at the beginning just a joke.
S

Looks pretty great, but I'm also surprised to see that it's a sidescroller and no longer top-down.
M

Incredible!!!! I have been following this from the start, and I'm amazed at where it has gone. This is very true to the spirit of what Dudebro was at the very start.

(The tear was too much, so great)

Wow, it's real! I wish I could've helped work on this.
X

Sorry for not being able to finally help in the development of this, I'm only "good" at Unity

That said, I can translate to Spanish if you want
U

Game After the Forever
S

Holy shit, the game is completely different from the last time I saw it (basically what it looked like at the beginning of the trailer). Had no idea you guys started over from scratch. Looks awesome!
B

Steve, the dog with no powers that we let hang out with us all for some reason

I still laugh every time at "It's straight up Dawg Time".

Okay, I busted out laughing at the end with the 2 weapons.
D

Oh man, it's finally coming. Can't wait for the release.
You must log in or register to reply here.