Dying Light 2's game world will be "four times bigger" than the first. 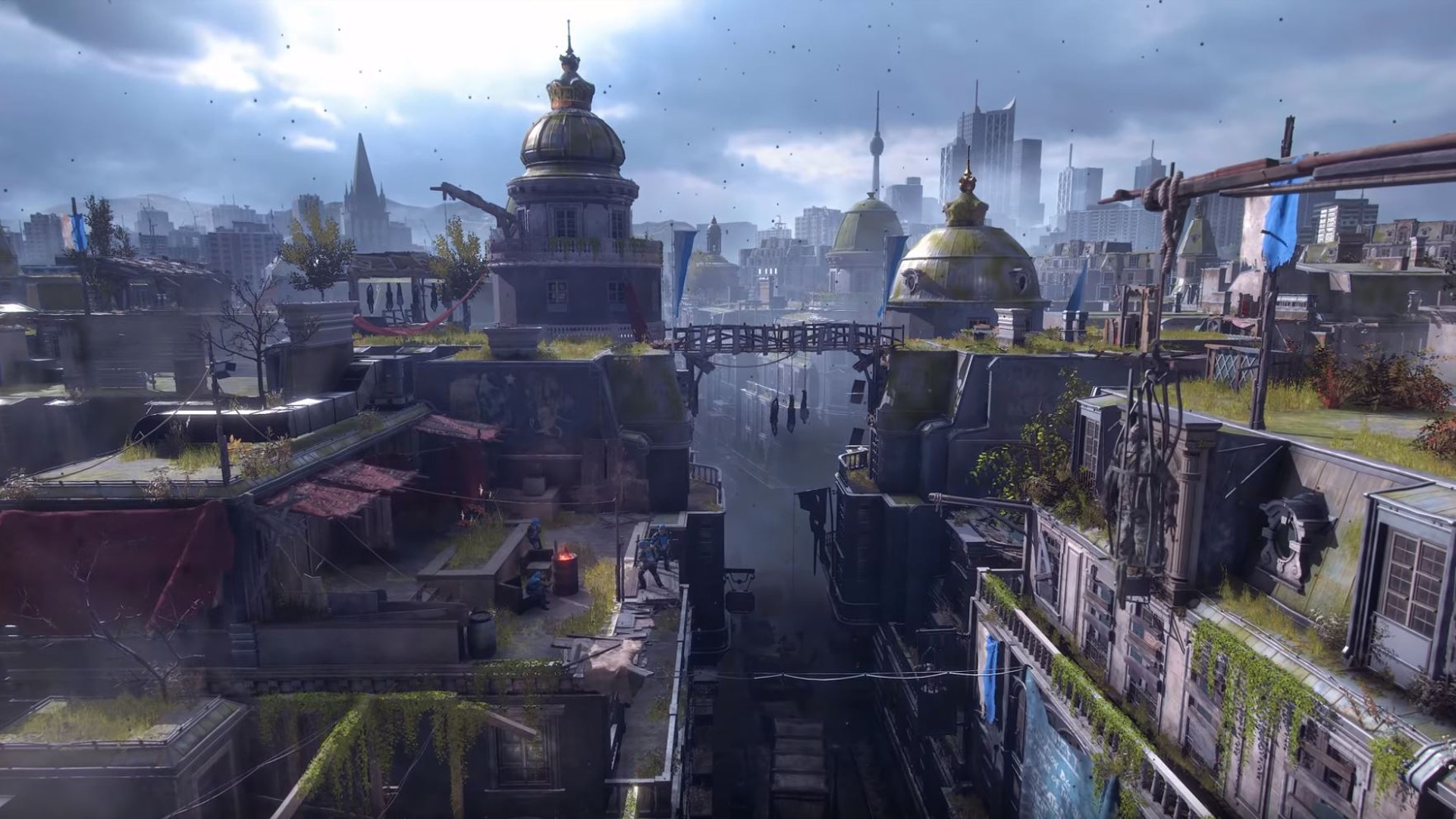 Dying Light 2 developer: “The game world will be four times bigger” than the first

The team have designed many new systems for the sequel

www.pcgamesn.com
In an interview with Nvidia GeForce, Techland’s chief technology officer Pawel Rohleder discussed the scale of Dying Light 2’s world compared to the first, overhauling the gameplay in light of new technology, and the challenge of managing all the variables when player choice directly affects their environment. Using player reviews as a touchstone, Techland has been working to make the sequel a bigger, better version of everything players enjoyed about the first Dying Light.

Speaking first on technological advancement, Pawel listed the myriad improvements and revamps the team has implemented. “The game world will be four times bigger than the whole game before,” Pawel said. “New animation system, new quest system which will support choices and consequences, new dialogue system, new UI system, and of course, streaming technology, which allows us to make really huge worlds.”

He then discusses the way a player’s choices not only affect the narrative, but sections of the map, too. “Every choice that you make may impact the world,” Rohleder explains. “For example, we have to have different versions of the map area, and the map is huge so the challenge is even bigger. The navigation mesh for AI needs to be different if you make different choices.”

There will be a “huge number of possibilities” for world combinations, according to Rohleder, and “getting ready for that was really, really challenging, specially for a map at that scale.”
Reactions: Caffeine, LegendOfKage and KyoZz

I cant wait to drain the flooded area

Bigger doesn't usually means better as shown many times before with OW games...
Reactions: Bl@de, ChoosableOne, Ivellios and 3 others
M

Nothing as disinteresting as when a developer says that their next game in the series is going to have a map X times bigger.
Reactions: quickwhips and Ivellios

I am interested in seeing how the consequences thing will play out. There are so many games advertising this concept of the world reacting to everything the player does, but it rarely, if ever, pans out in a way that actually feels as advertised.

Then again, they are using our tool to some capacity, so I sure would love to see it play out beautifully.

I feel like promotion for any sequel to an open world game starts with telling me how many times larger the map is than the last installment but it rarely translates into a net positive because it's just a huge landmass with nothing to do in it.
Reactions: quickwhips, 12Goblins and Stilton Disco

Developers should begin to realize that this is starting to sound more like a negative thing rather than a positive. Was there even a single person who thought the map of the first Dying Light wasn't big enough??
Reactions: ChoosableOne, Hansel Coper and Stilton Disco

Bigger map is a possibility for more bugs. The first two weeks of dying light was riddled with bugs. I loved the game But man some of the activities were a recipe for boring repetition. If the world is constantly changing then this leads to nice narrative possibilities. But most games that advertised this in the past didn't really deliver so not really holding out. As a game dev myself I know how these things play out. Not everything you may put on the GDD gets realized I'm the end

sublimit said:
Developers should begin to realize that this is starting to sound more like a negative thing rather than a positive. Was there even a single person who thought the map of the first Dying Light wasn't big enough??
Click to expand...

Exactly, it was way too big before acquiring the grappling hook and then they added a buggy to drive around in the expansion...
Reactions: sublimit and Stilton Disco

Day one even if it was the same size as the first one, which is a fucking amazing game. Get it.

lul. I read that as Overwatch games instead of open world.

Guess I'm one of like, three people who're excited by this? A huge map size means more unfamiliar areas to find, more room for dungeons, I wants it.

Am I the only one who hates all the " my cock is bigger than yours !! A map that is planet sized!111

What year is this?

Berserking Guts said:
What year is this?
Click to expand...

I was about to post ‘I’d prefer four times more interesting’, thinking I was being clever - but then I read through the thread. LOL.

bigger does not always mean better these days

If you wanna know what the City will be filled with, check out this article and have a look on how interesting this is going to be
Reactions: GymWolf
R

Bigger doesn't mean better. Smaller maps with things in them are much better than giant empty maps.

Which must be why development seems to be taking four times longer.

In all seriousness, I was shocked by how much fun the first was, and the reactive world sounds fantastic, so I've been looking forward to this one. No idea why they felt the need to announce it so dang early.
Last edited: Jan 22, 2020

TexMex said:
I feel like promotion for any sequel to an open world game starts with telling me how many times larger the map is than the last installment but it rarely translates into a net positive because it's just a huge landmass with nothing to do in it.
Click to expand...

It doesn't have to be like that. I assume they'll add vehicles in Dying Light 2 right from the start and having larger open areas will definitely help with vehicle travel.

These 60 dollars justifiers ruined everything. They want more and more. They want at least 60 hours gameplay, with dialogues and quests raining all over them.
Small map with narrow focus should be the gold standard. Main story is all i'm playing these days.
This trend increases development cost and time, which leads to crunch, and brings us shitty side quests and delayed buggy products in return. There is nothing beneficial for both sides in this business model.
Last edited: Jan 22, 2020

I thought they just said we needed better not bigger. Shouldn't it be 4x better world.
You must log in or register to reply here.