When they said long term, it seems they meant long term.

Yes. There's an interesting phenomenon, how it has almost become a cottage industry of republishing your own gameplay on YouTube as an extension of the game. One last topic we wanted to talk about was the next Star Wars game, the franchise that will come through the licensing deal with Disney; if you could help us understand how that came about, sort of what are the challenges and opportunities of developing that kind of game alongside of, obviously, an enormous movie title that will no doubt do big business?

Yes, so I mean weve done movie games over the years and we wanted to make sure that we werent doing a movie game i.e., game based on the movie, the beauty of the Star Wars franchise is that it's so broad and so deep, you dont have to do a movie game, you can do a game that's very focused on the world that's been created around Star Wars. We had a long relationship obviously with Lucas on the original Star Wars and when Disney took over Lucas, they really wanted to maintain a video game business around Star Wars. They felt it was very valuable and a lot of people loved the games historically. And so they came to us because of our partnership and they knew that we could help them develop really great games and we struck what we believe is a fantastic deal which allows us to be able to build games in many different genres across multiple types of platforms over 10 years and well leverage the strength of the Disney marketing associated with the Star Wars properties both in movies and other things that they may do over the timeframe. Well try to align those with that marketing, power the Disney has so it will get aligned with timing around the movies, but it wont necessarily be aligned with the movie.

Weve shown a trailer for one of the possible games that were going to make Battlefront and its got a lot of people very excited because its a very popular game from before. We have the team in DICE, building some early stages of various games and building them in Frostbite, so it will be a very exciting game play and youll hear more about it in the years to come, but were very excited about the opportunity.

So you have a fair bit of flexibility to create content around the universe in general that J.J. Abrams and his team is going to build up with the Lucasfilms franchise. Its not totally tied in just to the movies.

Yes, definitely very much  so, very much around the historical types of games as in play plus new games that were inventing around their content, around the broad Star Wars content, and around some of the new assets that they may produce over time as well.
Click to expand...

Looks like a decade without Star Wars games for me.
N

I really hope that DICE won't screw up Battlefront 3

Hopefully they come out with some good Star Wars games...
A

I think Battlefront is going to explode this gen.
A

Their licenses are what sells the games. Please for all that is good for the gaming industry don't buy them anymore. Pretty please.

And fuck the Battlefield crashing bullshit. EA releases Day 1 DLC content on games that can't even run without crashing. Fuck why did they get Star Wars goddammit...RIP Lego SW
F

I have a bad feeling about this.
H

sflufan said:
I have a bad feeling about this.
Click to expand...

DICE will manage to screw the game up for the first few weeks of the game's launch, at least.
B

I doubt EA will exist that long.
T

Well it's already been what, eight years since BF2?
D

I don't know, man. I just imagine KOTOR being developed like Mass Effect 3 was and just get depressed. I don't want it to happen like that.

All I ask for is one good Star Wars game. Just one.
L

My first thought too.
E

Why do companies keep selling their soul to EA?
T

sn00zer said:
Honestly this seem like the one least likely to get fucked up considering its the Battlefield guys
Click to expand...

Well the launch will probably be fucked to all hell but the game itself will most likely be solid.
A

Looking back a gen, Force Unleashed had potential with the physics engines and premise, but unfortunately fell far short of what it could've been due to knuckleheaded design and shallow combat.

Looking forward a gen, I don't trust anything by Bioware since EA assimilated them, and after the disappointment that was BF3 and mess that is BF4, I don't understand how anyone could still praise DICE or harbor excitement for their work. Maybe Visceral could pull off something of note, but I'll wait two additional years for the complete edition of whatever they inevitably riddle with BS DLC and microtransactions... for $15 used.
L

HAHAHAHA
No.
I don't want any KOTOR from modern Bioware, ever.
F

10 years milking the franchise with poor, multiplayer focused games ahead...
Click to expand...

As if Disney isn't going to milk Star Wars themselves?
D

The joke duing TOR's development was that they were making KOTOR 3 through 10.

I guess we won't get another Jedi Knight game any time soon then?

Jamie OD said:
I don't know, man. I just imagine KOTOR being developed like Mass Effect 3 was and just get depressed. I don't want it to happen like that.
Click to expand...

I love Mass Effect but I see where you are coming from....The Force Unleashed 2 with a limited conversation wheel

I just want the old SW and LucasArts games on GOG. Don't give much of a shit about playing Battlefield: Hoth.
U

So what you're saying is that it will be at least 10 years until we get Republic Commando 2, Jedi Knight 3 and KOTOR 3.
C

You never know guys. They might get one of the games right. Give them enough chances and I am sure they can produce something better than Star Wars Kinect.

I wonder if they did because they dont plan to pay a billion to the NFL to keep it exclusive next year....
M

GAF has a serious lack of optimism. It all souds good to me, 10 years is at least one Battlefront game.
J 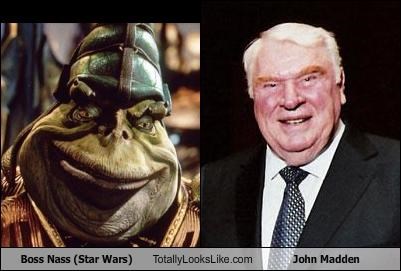 DICE will make an amazing Star Wars game. I'm ok with this.

Brogief said:
I doubt EA will exist that long.
Click to expand...

Yes, please.
You must log in or register to reply here.