Ever had "post-game depression"?

For a lack of a better word (at least in my voacbulary), I call it that way. Basically, you played a game/read a book/watched a movie or series which made you lose any desire and motivation to consume any other media for a few days/weeks because you know that nothing would match the experience you just had.

I'm currently in this state after finishing Persona 5 and just feel empty. No game I could buy or have on my backlog could currently live up to the expectations that I have because it wouldn't be Persona 5.

Other games I had this where I can remember were The Legend of Zelda: Breath of the Wild (Persona5 suffered a little bit from my post-BotW depression), both Super Mario Galaxies, Chrono Trigger DS or Persona 4: Golden.

Did you ever had this? If yes, what games gave it to you? Or what would be a better word for this feeling?
P

Yes. After finishing my Mass Effect series replay recently I felt really sad for days, couldn't play anything other than Overwatch. Didn't help the day after I finished it I saw the news about no more ME for now

You are gonna see Persona 4 mentioned a lot in this thread. The feels were real when you take that train ride home on the last day....

Kind felt this way with Nier Automata recently. I want to keep playing.

especially because I choose to delete my save file
F

Just had that with Persona 5. Spent 104 hours in the first palythrough, then afterwards I was basically "What the fuck do I do now?" for a week. That said, I had already had the intention to go through a NG+ run to get the platinum trophy, but didn't know when I wanted to do it. After a week, I decided to get that done so I could move on with my life.
H

The Last Guardian. Literally destroyed me for 2 days.
E

Yeah, I've had that going, though I feel it's more like I'm still hungry for more of what I got through and don't WANT other stuff right now. Or that the game is done, I can't get much more out of it, and so that leaves me kinda down. I had it with most any game I liked a lot, even if I knew I had other games I might like even more to play afterwards.
A

Oh yeah. Plenty of times for all different manners of media.

Persona 4. Not weeks, but the hangover lasted a few days.
A 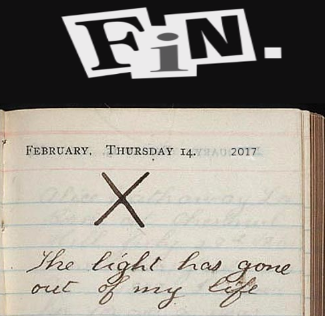 Mine is pretty and pink

Nier:automata (
The end made the depression worse
), BOTW and the witcher 3 is a few I can think about.
K

After finishing Witcher 3 + expansions, yes.
More common for me is "post-hype depression". I wait a game like crazy during years/months/weeks and when i have it it just feel after opening all your christmas presents. #firstworldproblem

Yes. But I call it "cool-down" period.

Bates Motel (going thru it right now, cannot get into any other series still).

The Last of Us was something that took a few months to subside.

I'm nearing the end of Zelda BoTW. I think this may be one.

Worst one though was SEGA announcing retirement from hardware. That was literally years of not being fussed about videogames. Only when the Wii came out did I get passionate about games again.
J

I think it also happened with Megaman Battle Network 6, knowing that was the end of the series and all.

The Last of Us was also a bummer that it was over but not as much as I jumped right into the Multiplayer and loved it so it was fine, and then the single-player DLC came out too.
M

Yup, had this after a few good games. The same for anime/tv series.

Examples (that I can remember from the top of my head)

Tons of other ones I'm forgetting right now.
Z

Usually have this after long games I've grown really fond of, like the Persona series or other long RPGs. What usually helps me out of it is going in a completely different direction gaming wise after it. After P5 I started Horizon Zero Dawn for instance. That did the trick and I had a great time with Horizon.
Playing Multiplayer games for a while after such a game works too, at least for me.
S

In some ways I'm putting off finishing Persona 5 because I'm dreading this feeling so much and I just never want it to end...
I

I had it for the first time with Persona 3 Portable a couple of years ago. Then it happened again with P4 Golden last year.

I haven't finished P5 yet (last dungeon) but it's going to happen again for sure lmao.
T

Yup, after I beat NieR.
H

After Xenogears I couldn't play japanese RPGs for years. I knew nothing would come close to that experience.
C

The first time I finished Soul Reaver. There was nothing in my imvemtory that could match thepure genius of that game.
L

Basically every time I finish a Zelda game. BotW didn't leave me in a state though, either because I was just that satisfied with it, or maybe I've matured
likely the former
.

Also I stopped playing games for a month after I beat MGS4 the first time back when.
D

After finishing witcher 3 for definite. It can happen more after finishing watching a tv series. I watched all of ds9 on Netflix and felt like that after.
B

After I was done with Dark Souls 1 (400h+) I couldn't play other games for quite a while because no other game gave me the same sense of satisfaction, tension and accomplishment.

And yeah, TW3 to a lesser degree. I was kind of sad when I wrapped up the last remaining side quest in the last DLC.
C

Yes, very frequently. Got it after both Nier Automata and Persona 5 this year.

Yup, get it after playing a game I'm really into. Typically games with a strong character focus like the Dragon Age & Mass Effect series
Usually lasts at least a few days, can vary from just feeling a bit empty&lost to feeling downright depressed

Worst case is when I replay the first 3 Mass Effect games back to back. Get's me really bad, almost like I'm grieving for a couple weeks or longer. Worth it though

I also get it with some books & tv series too. I'd say books & games tend to hit hardest though.
Think it's fairly common, just google 'book hangover'
B

Im going through this after finishing Persona 5. After a 120 hour playthrough, Im having a hard time getting into anything else.

Thats OK though Ive just been watching Netflix instead until I get back in the groove.
S

Went on a gaming sabbatical for about 6 months after the Last of the Us.

Pretty much after most games I play. Most pronounced was after Life is Strange and The Last of Us, from what I can remember.
S

After completing Witcher 3 where you're
thrown back to a empty Kaer Morhen
, I had that "what to do now?" feeling.

Mass Effect 3 too, for all the wrong reasons.
L

After finishing the first 3 Phoenix Wright games. I grew attached to the characters.
H

Horizon is probably the most recent one. I played it for like 60 hours and platinumed / 100% it and I still wanted to keep playing. I've never had that feeling with a game before. I usually get burnt out long before I get a chance to complete it entirely. I didn't want Horizon to end.
J

archreaper93 said:
Oh yeah. Plenty of times for all different manners of media.
Click to expand...

This. It isn't just relegated to games for me, a good book or book series can push me away from reading for a few days.

As for games that did this to me. The most recent one was Life is Strange. It hit me a lot harder than I expected. And I can't wait for that to happen again whenever that sequel is released.
A

After beating Witcher 3: B&W. That empty feeling after the realization that there is no more adventures to be seen with Geralt.
F

Yes! That's the mark of a great story, whether that be a game or a book.
T

Nier: Automata is the only game to ever give me that feeling. It gave me an existential crisis and I just wanted to go drink and stare at a wall for a while.
3

Persona 5 was the last game I played, but I was done with it forty hours in... and finished around 50 hours later.

I really cannot be arsed with games at the moment as a result. I bought Prey, but it turns out Prey is a bit crap (IMO). I bought PuyoPuyo Tetris as I thought the pick up and play nature of it would get me back in for the odd burst - although, despite enjoying it I haven't touched it since the day I bought it a fortnight or so ago.

Plus the sun's out.

I've always been that way with story heavy games that I got really into. The worst was with Grandia on the PS1. Generally JRPG's were the ones most likely to result in that but it also happened fairly often with great adventure games like Broken Sword.
N

Not really no. I always keep a couple games that I can pick up and play whenever. Things like 4x games, or ARPGs. I play these a bit between completing other games.
K

Yep, to the point where I'd delayed taking on that final boss/mission/challenge to prolong the game a little further.

Plus when I went from Animal Crossing Wild World to New Leaf, I felt like I'd flat out pulled the plug on someone.
J

I didn't 100% it, but still spent the better part of a hundred hours in it, so much time just exploring and seeing what was to be found.

Then that ending. Man.
D

I've had this with Deus Ex, Persona 4, and tons of visual novels (A Night in the Woods, etc)
I

Used to happen to me everytime I finished an Ace Attorney game. Hasn't happened since AA5.

only after i finished dark souls for the first time
M formasymphonic said:
You are gonna see Persona 4 mentioned a lot in this thread. The feel where real when you take that train ride home on the last day....
Click to expand...

The irony about the P4 ending is that Japan really isn't that big and brotag probably liked a few hours away by train. Kids are just lazy.

Took me more or less 2 years to fully enjoy a game again after Shenmue 2, because everything else felt one-dimensional in comparison.
You must log in or register to reply here.

STARSBarry replied
Nov 4, 2021
Which games had the best villains ?
2

BusierDonkey replied
Feb 16, 2022
Non completioninst...when do you decide is drop a game you enjoy?