This was in a spanish magazine. it took me a second.
D

If it has lean, all is forgiven.
T

She looked so much better as a child.

Now she looks like she took too much meth.
P


Edit: Similar ideas, but I took it a step further! I think I win

There is a man with a bullet hole on his forehead.
R

Really? Putting the sequel number in the actual title? Isn't that so five years ago?
Then what's next? Fe4r? 5ear?
A

No big surprise, gonna go back to drooling over the 3DS.

I bet the next one will be FE4R
edit- holy shit beaten several times :lol
V


Edit: Similar ideas, but I took it a step further! I think I win

[/spoiler]I overdid it didn't I?[/spoiler]
Click to expand...
In this game we all lose.
N

I really, really hope they don't think this is clever..
S

it took me a second.
Click to expand...
Me too.

I was thinking, "what the fuck is eff three arrr?"
P

I think it was FEAR3 on the cover of PC powerplay.

Yeah that a new game is coming, but the name......
REMEMBER PUB/DEVS of games REMEMBER THIS??? 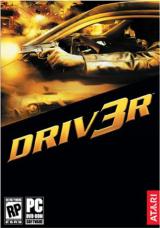 I don't mind the name. I mean, F.E.A.R was a stupid name anyway. It's not like this makes it that much worse. It seems very self-aware.
A

The Dutch Slayer said:
Yeah that a new game is coming, but the name......
REMEMBER PUB/DEVS of games REMEMBER THIS???

For some reason, when I saw F3AR I got confused and thought it was FAVRE! :lol
F

Now that we've hopefully got all the naming jokes out of our system, I'd like it if they took the series in a direction more like the first than the second. The second kind of felt like Fear meets Modern Warfare, especially with the engine basically dropping the whole realtime shadows bit (or at least it felt like it did).

The first is a timeless classic I still have installed and speak highly of whenever the opportunity arises, while Fear 2 was something that was a good two day distraction, only to be purged off my hard drive once completed.
S

What does this have to do with Focus Sash, Endeavor, quick Attack, Rattata?

Oh, you mean the Ho-hum FPS and not the Pokemon term. I see.

TheJollyCorner said:
I love when they put the numb3r5 in the t1tl3!
Click to expand...
How else are we supposed to know it's the third title in the F.E.A.R. series?
V

Loved the first one, thought the second was good... not sure about that.
Oh well, I'll give it the benefit of the doubt.
N

I remember when Driv3r came out and I was in a Gamestop getting something (I forget, but it wasn't Driv3r) and some guy asked for Drive-three-r. As in, he pronounced the 3 in the middle. Now I always think of that when I'm reminded of Driv3r, although that's not often.
M

Fear 2 was crap and I cant stop thinking about driv3r from the title, that is enough reason not to buy it.
A

hope they make it right this one. live up to the potential.
L

The original was fucking fantastic. Even if 2 was a bit of a letdown, I still have plenty of residual love left over to get excited about this.
F

Tisan said:
There is a man with a bullet hole on his forehead.
Click to expand...
Paxton Fettel.
V

Please for the love of God, Monolith get the gunplay you got so right in the first game and translate it to this game.
F

Milk Lizard said:
Fear 2 was crap and I cant stop thinking about driv3r from the title, that is enough reason not to buy it.
Click to expand...
I liked the FEAR2 more than the first one , and I want FEAR 3 to be more like the 2nd.
F

This game and Thi4f should totally hang out sometime.

I don't think they can screw up the gunplay more than they did with Project Origin. Maybe they'll lay off the screen flash effects for this one. Ya know, realise that doing that a million times over will only give people a headache and ruin the effect. If they can get back to the gunplay of the first game maybe I'll check it out.

So how long until they show off Condemn3d? I'm sure they'll somehow turn that into a FPS.
T

shagg_187 said:
and it's sequel 5EAR!
Click to expand...
I think then they should just go with FEAR5 with the 5 looking like an S. Turn the concept on its head! :lol


The logo reads FAR to me.
M

More games should
NEVER IN A MILLION BILLION ETERNITIES
do this.
S

Fear was awesome for me on PC, even if I played on the lowest of the lowest. Then Fear 2 hit and I had a good time so F3AR gets my interest at least. FE4R probably too

The first FEAR was developed primarily for the PC, with the console versions as port jobs.

FEAR 2 was made to be an optimized experience across all platforms.

Im sure you all already know, but guess which one kinda sucked?
H

out0v0rder said:
The first FEAR was developed primarily for the PC, with the console versions as port jobs.

FEAR 2 was made to be an optimized experience across all platforms.

Im sure you all already know, but guess which one kinda sucked?
Click to expand...
F.E.A.R. 2 sucked because it was a bad game, not because it was designed to be a multi-plat title from the get go.
P