Game of the generation part 2.
G

Hmm.. Kinda miffed that it is much brighter and more colorful. 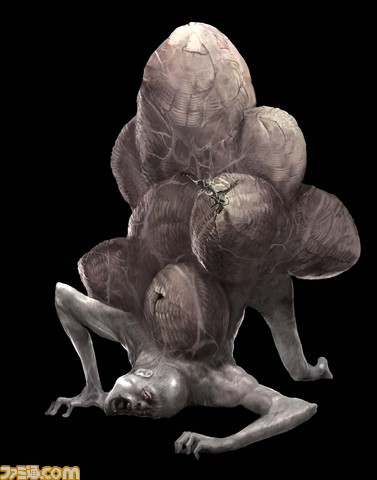 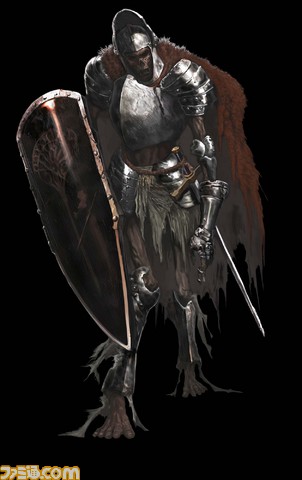 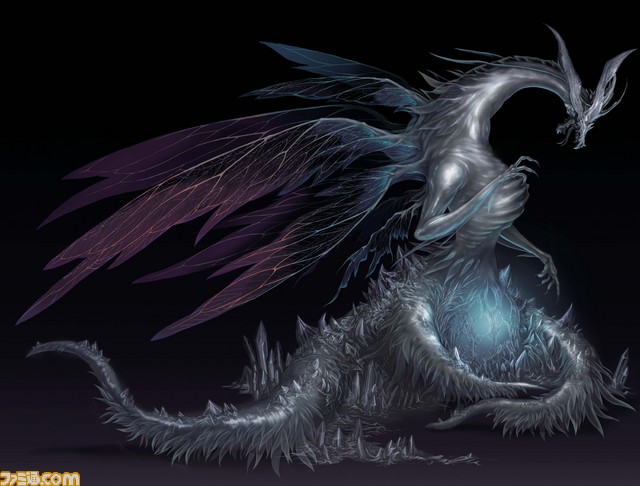 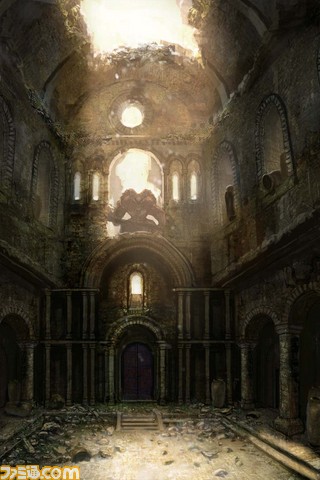 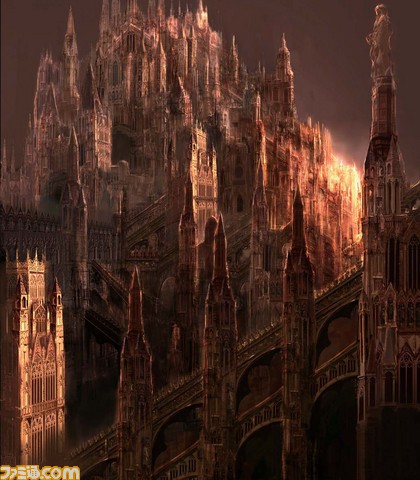 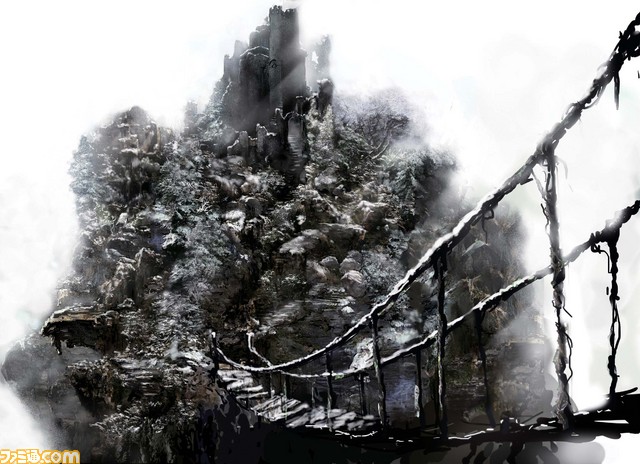 I hope it has voice chat
O

It looks like it's the same guy in both of these... 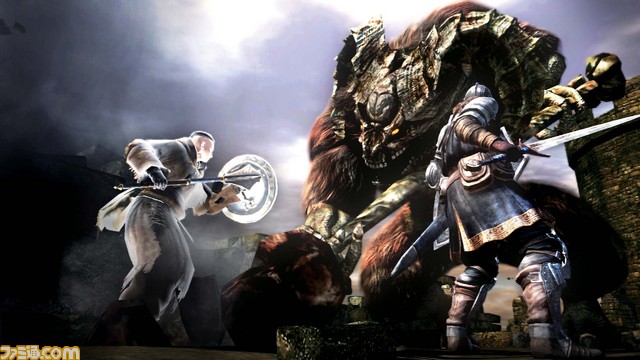 This will be the best game of this generation.

oracrest said:
It looks like it's the same guy in both of these...

nice observation. I mentioned your finding in the new official thread

The dark fantasy art design continues to be marvelous.
R

I love the way it looks.

By the way, Team ICO, if you're listening, replace The Last Guardian creature with From's giant rat. Thanks!
D

I never thought anything would replace a console Zelda at the top of my most wanted list. Just inject it directly into my veins, already.
J

Looking great! Wonder if they add thal librarylevel they talked about way back when.
Z

SteelAttack said:
Noooo! No checkpoints, please. Checkpoints would greatly diminish the feeling of gruesome death awaiting you at every turn. DS without fear and stress wouldn't have been the same to me.
Click to expand...

Easy Mode: more chekpoints for those that want them, maybe a quicksave


Raide said:
Yeah, I don't want a quick save option. That would change how DS actually works and would make it way too easy.
Click to expand...

Problem solved, everyone is happy and the World is a better place.
O

Finally, they are doing a Forest area

Are there any news on whether they're retaining (reinterpreting?) the soul form/body form mechanic or not?
B

since this is multi platform.

I'll most likely be getting this on 360, can't wait though.
M

I just watched the trailer on youtube. I'm really kind of wishing right now that Hibernol was a real thing
B

RIGHT?!
from the look of those screens it is

SO, I can't make threads but there's some new info in EDGE and I got this source from another site (I don't know whether that site is banned so I will only quote the game designed that seems to have taken that info from the magazine).

But Dark Souls will reportedly feature a keener competitive edge, with players seeing real benefit from actively tricking their fellow players. Its how you play with peoples minds, how you help or trick other people, Miyazaki tells Edge. Its not necessarily about how skilled you are, but how smart you are.

Players will also be encourage  perhaps forced  to attack other players online. Miyazaki explains that we may be tasked with hunting down a certain item that another has in his or her possession.

Its usually posed a bit like a competitive version of Lord of the Rings in which one player has the ring and the other characters must find him, attack him and attempt to claim the ring for themselves, he says.
Click to expand...

Now to me... that sounds like possibly the coolest gameplay element that I've ever heard of.

BUT, that item makes you super powerful, so it's not just easy for someone to snatch that item for you.

FUCK... I can't believe how awesome the idea of that PvP stuff sounds, that's like the best Fantasy style PvP that I've ever heard about. The LOTR analogy is a perfect example.

The bottom portion of the white dragon reminds me of The Old One.

&#8704 said:
The bottom portion of the white dragon reminds me of The Old One.
Click to expand...

What?
THE OLD ONE is evolving! 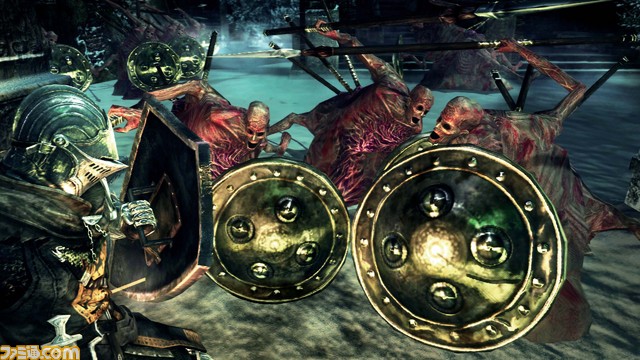 the fuck is this shit? At least it looks like they haven't topped the Man Centipedes... yet.
B

It's going to be like Pokemon with the items, only you gotta kill them all to get a platinum trophy this time.

Did no one notice and / or care about the post I just made about the PvP item hunting system?
S

ColonialRaptor said:
Did no one notice and / or care about the post I just made about the PvP item hunting system?
Click to expand...

Pretty sure that was already put up in an EDGE thread...
F

ColonialRaptor said:
Did no one notice and / or care about the post I just made about the PvP item hunting system?
Click to expand...

I don't care much for PVP.

ninj4junpei said:
I don't care much for PVP.
Click to expand...

I don't think this is PvP in the general sense of the idea, it's more like... nothing else that's ever been done before.

I'm almost totally exclusively a SP player, yet I think this is one of the greatest things to add to a SP game in the way of multiplayer.
F


Thanks OP, this game is going to FML.
2

Zzoram said:
What type of weapon do you use with hypermode and what are your stats? There is no way I could 2 or 3 shot a boss in NG+ with my Mage, even with Kris +5, ring of magical sharpness and monk wrap.
Click to expand...

True hyper mode is with Morian blade in off hand, plus the ring that boosts attack when <than 30% health (clever rats ring rings a bell?...sorry haven't played in a while) As a magician you can use a moon great sword in your attack hand for example and two hand it, (I think you still get the morian benefit could be wrong) and wear the magical sharpness ring for second ring, and monk hat, but you will always get more kick out of morian plus clever rat than Kris...its just that you have to hover around <30% health and can get one-offed. HIgh vitality is helpful and many magicians don't boost this stat.

Other variations include blessed weapons for high faith, like the meat cleaver, or Dragon bone crusher for stregth based; of course there are katana high dex versions but the most common is likely the Northern REgalia as it is the usually the highest damage for ANY low level player class and hyper mode is most useful on lower leves. An ideal build for hyper usually entails high vitality though, that is the cardinal stat as it gives you more health at <30% and body form is obviously better for that as well although many blues have saved my ass using this mode....the rest of the stats for attack are irrelevant, though whichever stats you do have should match the weapon used.

I have one hit Adjuticator from the top of the ledge, (with homing soul arrow) and three or four hit Tower Knight, again from the ledge (wanted to see how far the cheese could go)....on NG+++. used a talisman of beasts and soul ray I think for the Ironman...not even a mage per se, but had a good combo of magic and faith. If you used something like that close range ignite spell or homing soull arrow you could one off a lot of things even on higher levels....and that is without firestorm.
You must log in or register to reply here.