Hope I don't get banned lol 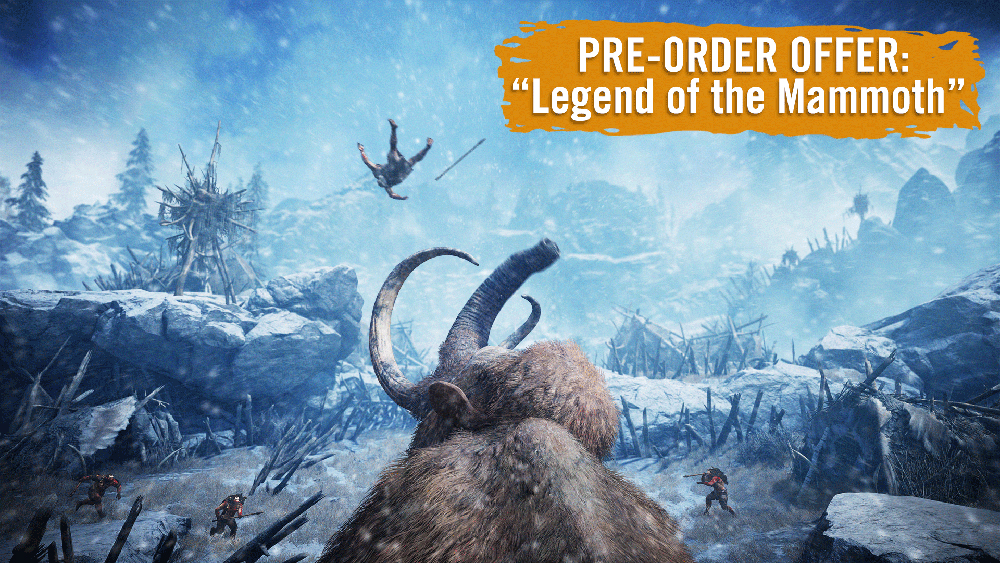 The cover looks great! The mammoth looks pretty much identical to a Frank Frazetta painting he did in 1974... 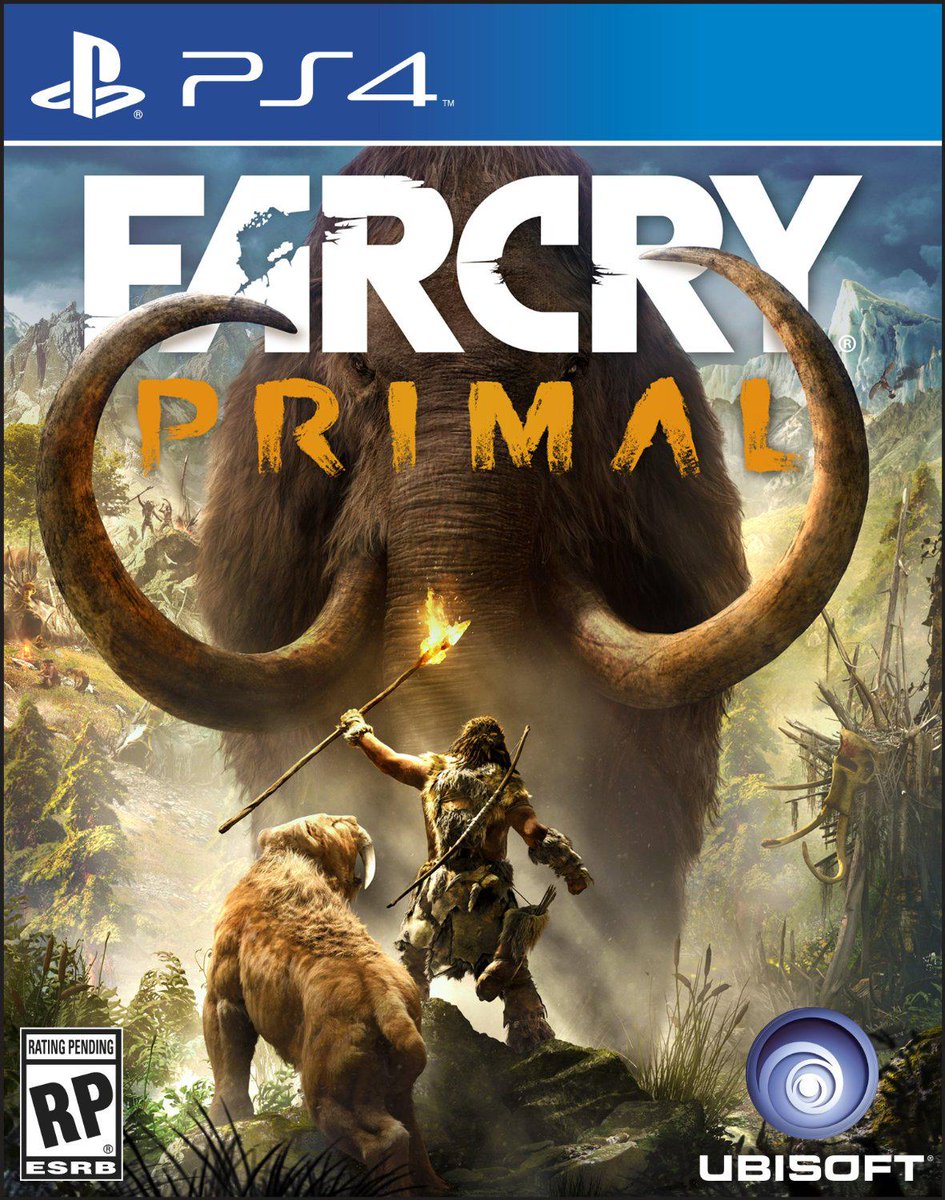 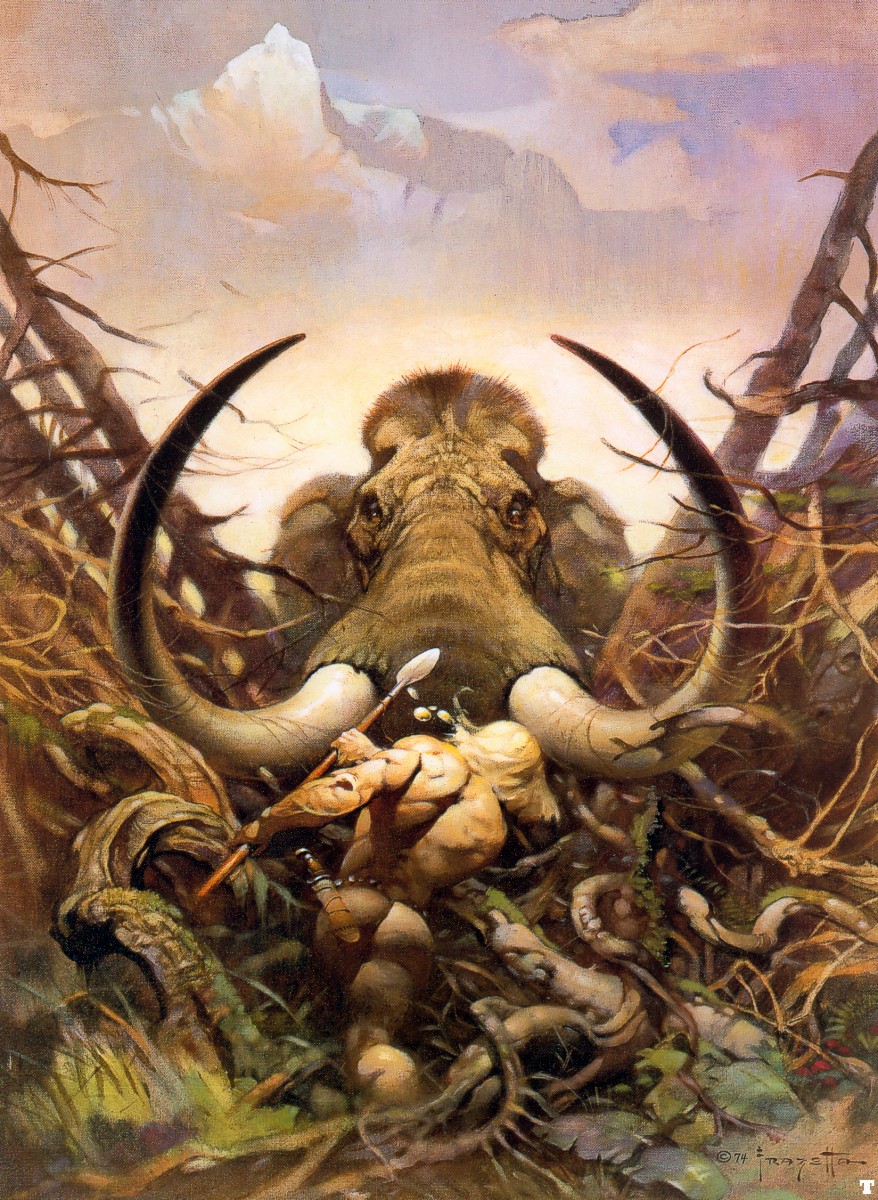 CassidyIzABeast said:
Calling it now. This going to be demoed at Playstation Experience.
Click to expand...

Why not Paris? Ubisoft are French.
O

kind of defeats the purpose of making a bet
V

Is not Deus Ex the same Day? And Uncharted: Thief´s End and Dark Souls 3 a month after?

Looks interesting, I wonder why they didn't announce it at E3, but is cool the game is out so soon.
S

So if previous Far Cry games were of any indication and since they're propping up the mammoth on the cover does this mean that it will be the memorable antagonist that goes AWOL for the rest of the game?

Can't wait to see who voices it
2

If you kill 100 mammoths, can you use their pelts to fashion a minigun?
B

I wasn't impressed with anything I saw. This is coming from someone who loved FC3 and 4

holy shit that looks and sounds good. hopefully they can craft a decent story this time.

ubisoft delaying the pc version once again i see.
O

Instead of Towers you'll have to paint caves to mark your area.
A

and you're probably joking but they will be in the game. they were even in AC: Chronicles, and that's a 2D game where 95% of it is just you moving right.

Are you gonna climb and smack the butt of an animal so he takes your map and reveals the location "camp ooga Chaka ooga Chaka"?
C

Would have liked to see more but I know I'll enjoy it, either way. Gonna be there day one!
D

Windom Earle said:
Instead of Towers you'll have to paint caves to mark your area.
Click to expand...

I first thought it was just a DLC like Blood Dragon, but this is Far Cry 5.

There was a survey revealed by Eurogamer a few months ago about what the players would that to see for a future Far Cry. So Ubisoft may really turn the franchise into a series of crazy locations with the same design roots...à la Assassin's Creed.


FaintColt388301 said:
The game is less the 5 months out and that is the best trailer they could put together. Why not go full action and actually show us something worthwhile?
Click to expand...

Because that is a reveal trailer and a reveal trailer does not "go full action". It must gives hints about the universe, the ambience, the characters (including animals here). You must ask yourself questions about the game. Ubisoft has a media-marketing plan for the next 5 months, they won't give you everything on the first day because you have to watch their next videos...that will give answers to the questions the previous ones raised.
B

A character surviving in the environment they grew up in?
Fuck you Ubi, where is my befuddled fish out of water character?!

This looks fine but I can't see myself playing another FC early next year.
A

where the fuck are the dinosaurs
M

Be cool if the animals in this are really dangerous

Dennis said:
Using only about three different colors for your game significantly speeds up development.
Click to expand...

This doesn't look too interesting.

Well that trailer was boring
L

Admiral Woofington said:
How are they going to make those towers you climb to reveal the map?
Click to expand...

tbf am looking forward to the Woolly Rhino DLC.

looks like a $60 reskin to me...tbh.
fc4 mechanically had all of whats been implied or shown
0

box art leaves much to be desired.
F

Seems to be full.
U

The trailer has boxart so I'd guess that it is full price.. it could be a mid tier retail game though.
W

Yep, announced in avril or may, released in november.
W

This...is not why I play Far Cry. Skipping this. It's just assets used from Far Cry 4.
B

This is why you don't bet your account.
P

I know this is kind of OT but is Far Cry 4 worth checking out? I never got the game but this makes me want to get back into the series.

They've got a mammoth task ahead of them to outdo Far Cry 4 in my eyes.

Ice-age megafauna seems plenty exciting to me.
Click to expand...

stone age mega fauna are awesome too and have never gotten much attention in video games. Outside saber tooth tigers and wolly mammoths.
B

That's a cool idea for a setting, but damn it's coming out uncomfortably soon.
O

AuthenticM said:
where the fuck are the dinosaurs
Click to expand...

Also, Ubisoft is done with numbers on their games.
J

orthodoxy1095 said:
Cliffs, large rocks or large redwood-esque trees with treehouses on top. They'll be in.
Click to expand...

Fushichou187 said:
Hold up now... Mirror's Edge, Gravity Rush Remastered, Naruto UNS 4, Deus Ex: MD, and now this all in February? Christ on toast my wallet is in a corner whimpering.
Click to expand...

Yep. Feb is going to be insane.

This looks like so much fun. I'm surprised how this came out of nowhere and now it's one of my most anticipated games.

Did they really invent a language for this game? Anyone know?

Do we have a time period? Looks post ice age, but still lots of megafauna. 10,000-9,000 BCE sound about right? Anyone want to take a stab at if this is Europe? Will there be Neanderthal?
F

BiggNife said:
I'm not saying it's a bad thing, because god knows the preview/hype cycle has gotten way too long at this point, it's just surprising.
Click to expand...

If there is no recognizable language in the game, then that is likely another reason they haven't been doing too much press on it. Think about all the previous Ubi reveals/hype cycles... there's a loooooooot of monologue going on in those trailers, trying to get the audience invested in the characters on screen. They wouldn't be able to do that here. It'd be all "darmok and jalad at tanagra", which I don't think would play well if they dragged on the marketing cycle for the game.

Having said that, if there isn't going to be a understandable spoken language (or even subs), then that could be potentially very interesting in that they'll have to rely on camera movements and NPC animations to point out or demonstrate what they'd like the player to do, which I think could be cool and would be a unique design challenge.


BlackRock said:
Did they really invent a language for this game? Anyone know?

Do we have a time period? Looks post ice age, but still lots of megafauna. 10,000-9,000 BCE sound about right? Anyone want to take a stab at if this is Europe? Will there be Neanderthal?
Click to expand...

The website says Stone Age so I wouldn't expect to see Neanderthals... but this is Ubi so... lol
You must log in or register to reply here.