Fargo premieres Tuesday, April 15th on FX. The show is a loose adaptation of the Coen Brothers' classic film but features new characters and a new story. Billy Bob Thornton and Martin Freeman head the all-star cast that includes Oliver Platt, Glenn Howerton, Bob Odenkirk, and Key & Peele. The Coen Brothers are not involved in the project aside from their role as exectutive producers, but they did read the original script and said they liked it. The first season consists of 10 episodes. Since this is an anthology series, if the show is renewed it'll a new story with a new cast in Season 2. Reviews are looking very positive so far, and it sounds like FX might have another good show on their hands.


FX said:
An original adaptation of the Academy Award®-winning feature film, Fargo features an all-new &#8220;true crime&#8221; story and follows a new case and new characters, all entrenched in the trademark humor, murder and &#8220;Minnesota nice&#8221; that made the film an enduring classic. Oscar® winner Billy Bob Thornton stars as &#8220;Lorne Malvo,&#8221; a rootless, manipulative man who meets and forever changes the life of small town insurance salesman &#8220;Lester Nygaard,&#8221; played by BAFTA Award® winner and Emmy®-nominated Martin Freeman. Colin Hanks plays Duluth Police Deputy &#8220;Gus Grimly,&#8221; a single dad who must choose between his own personal safety and his duty as a policeman when he comes face-to-face with a killer. Allison Tolman also stars as &#8220;Molly Solverson,&#8221; an ambitious Bemidji deputy. 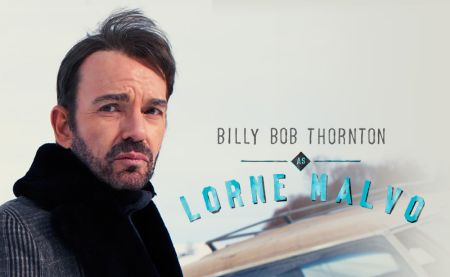 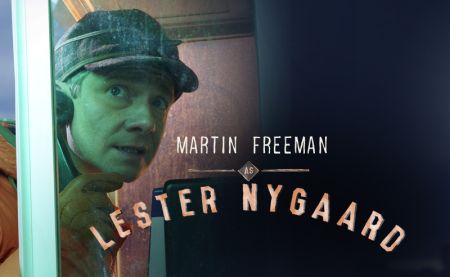 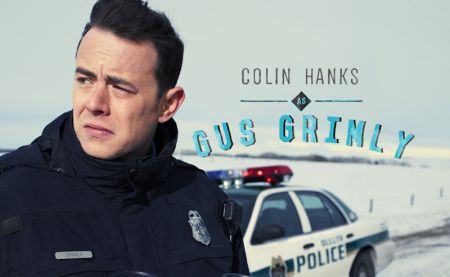 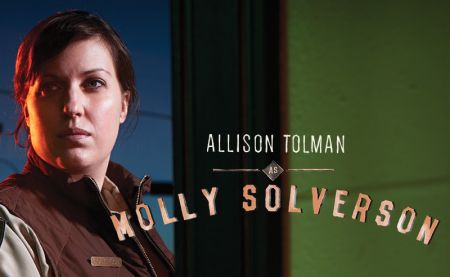 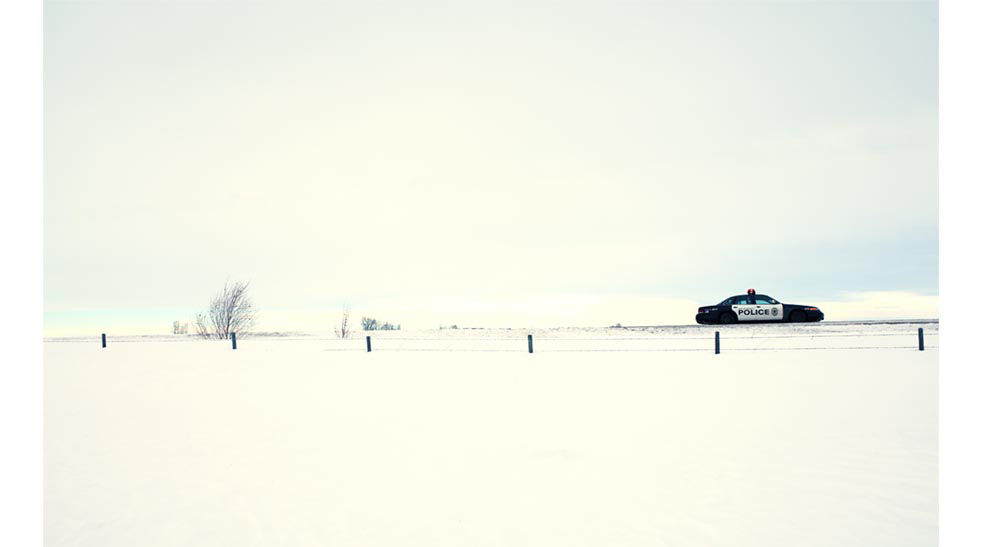 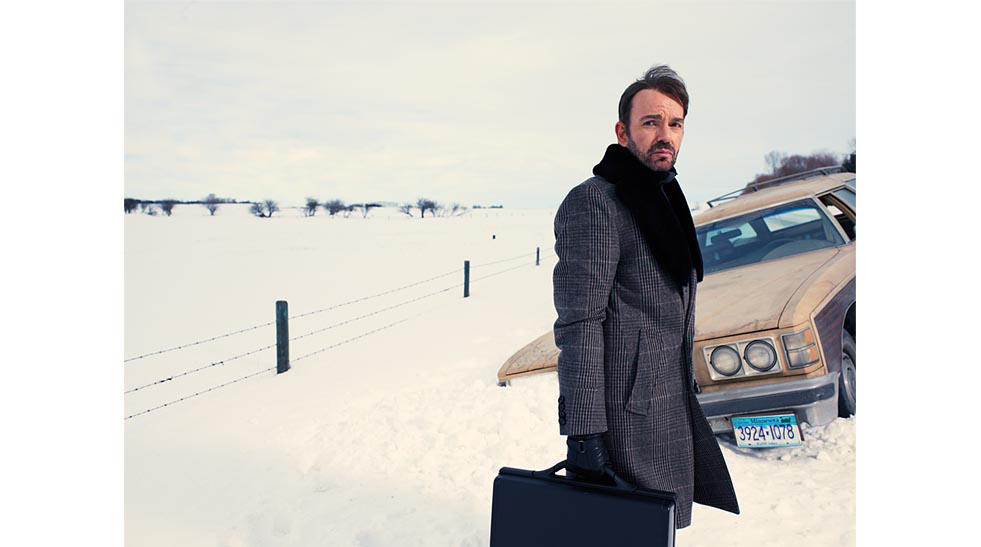 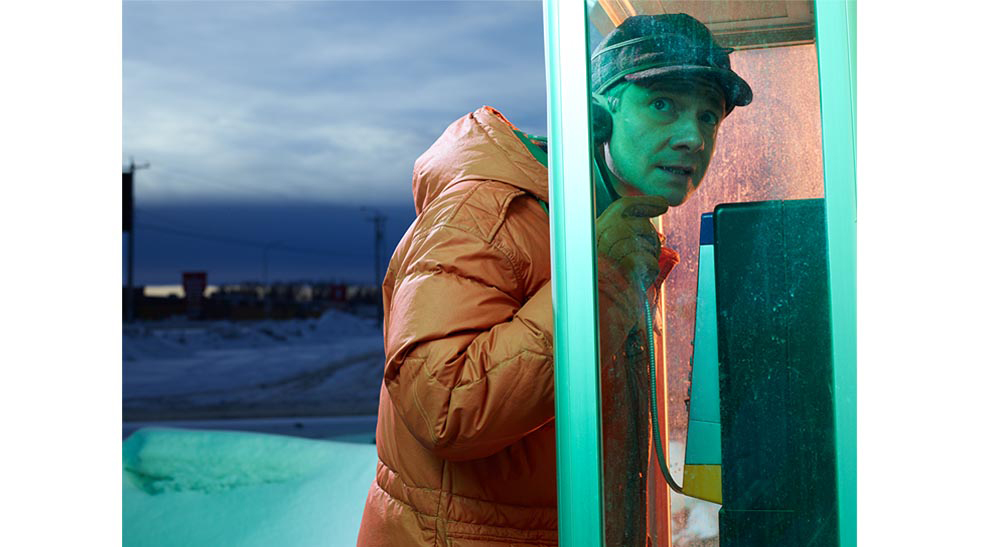 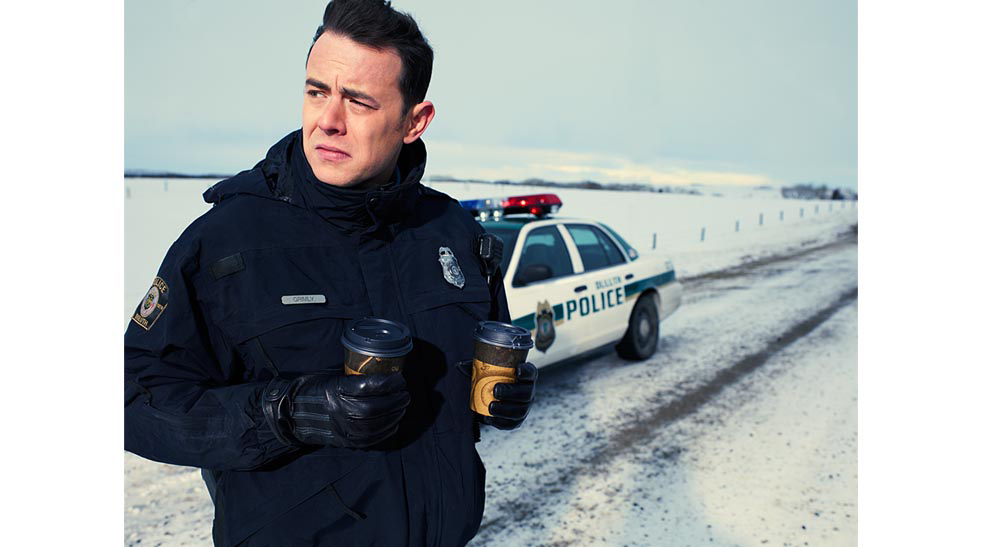 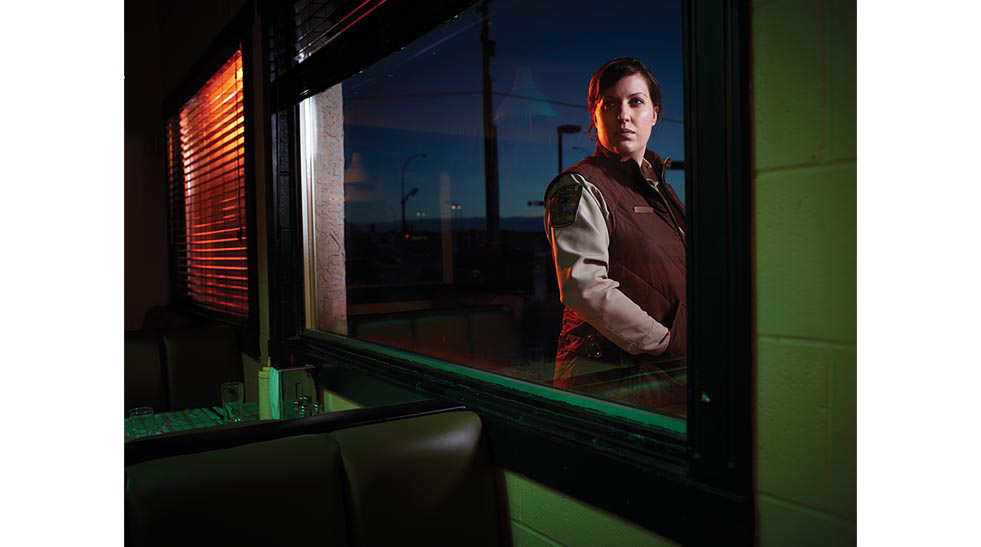 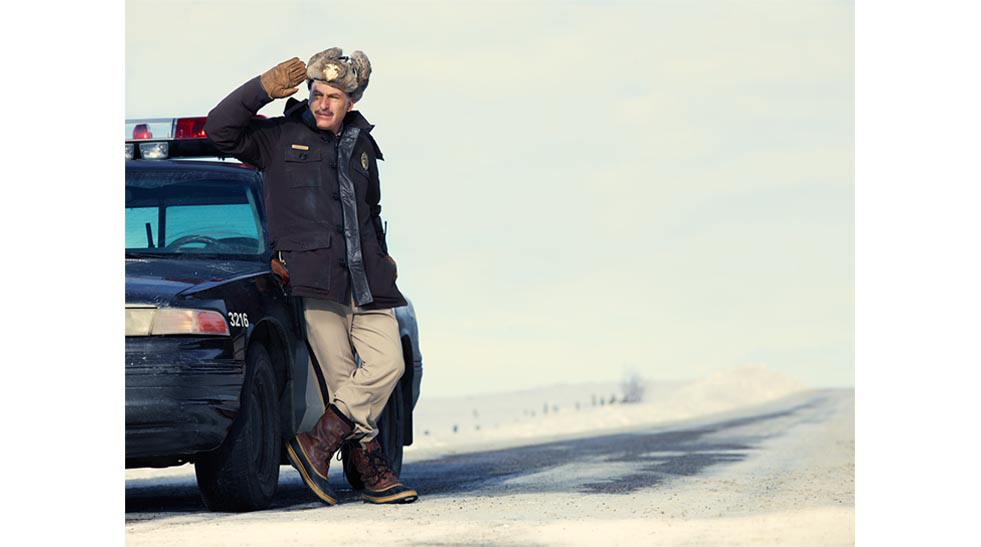 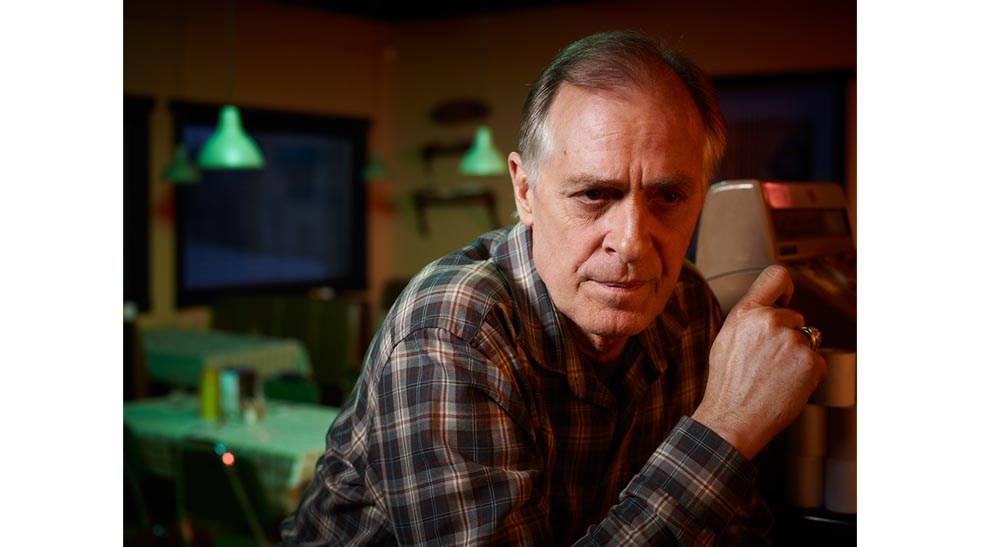 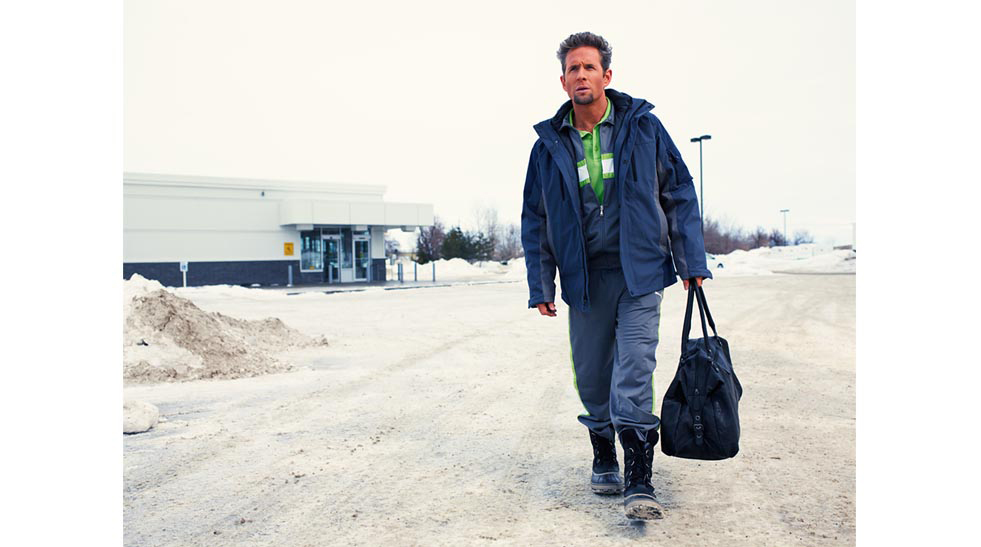 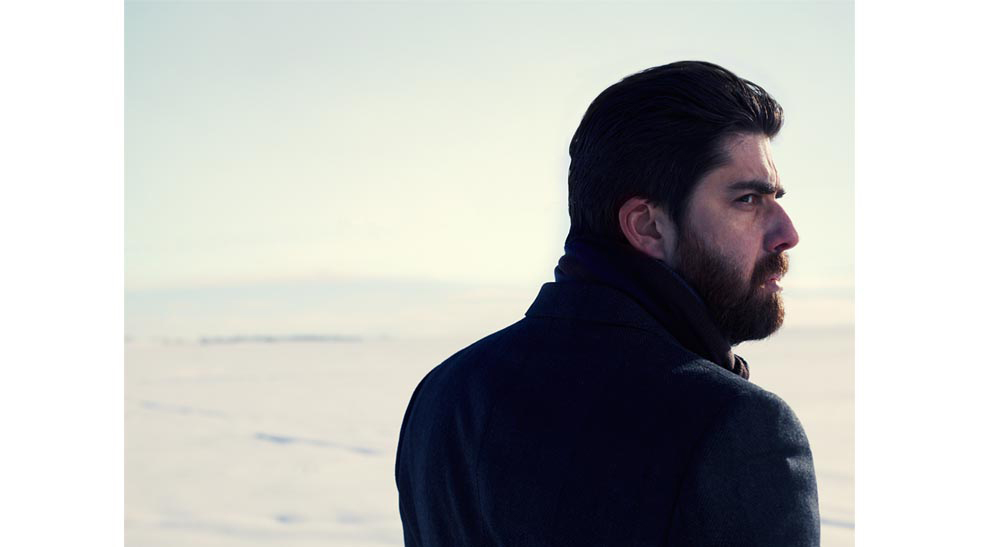 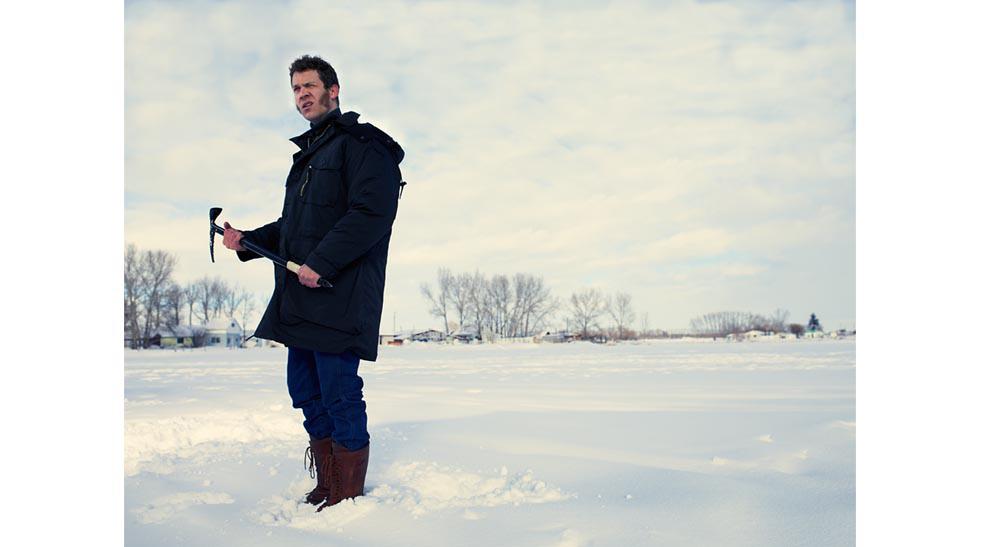 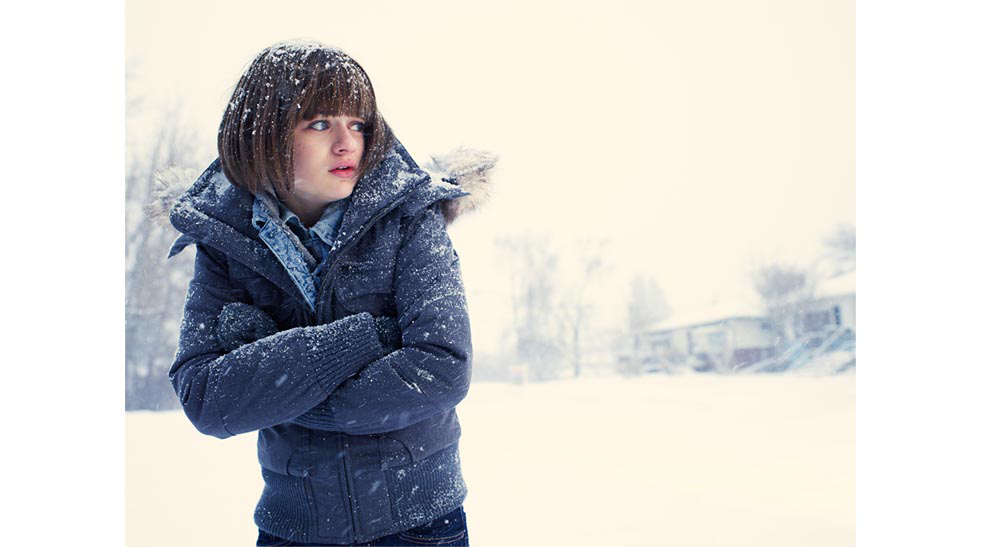 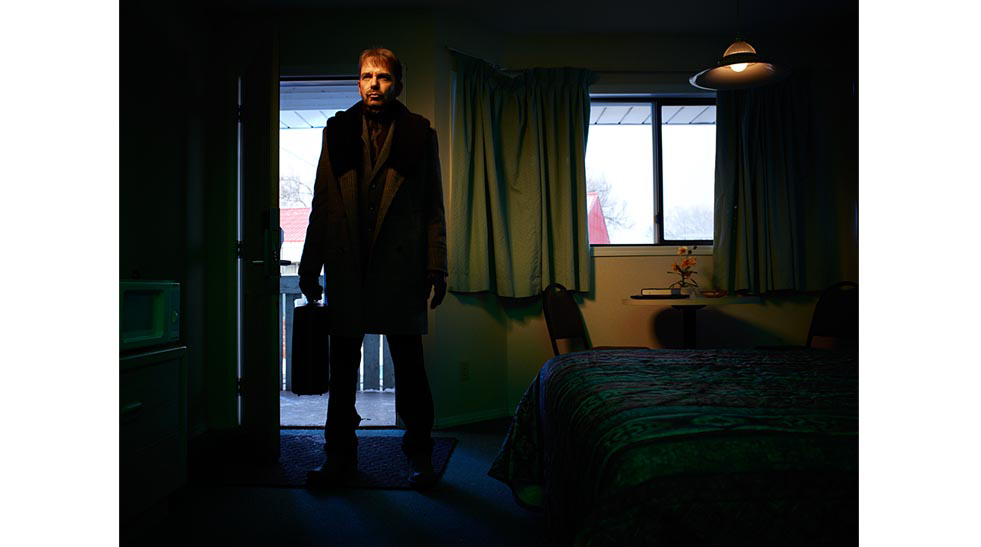 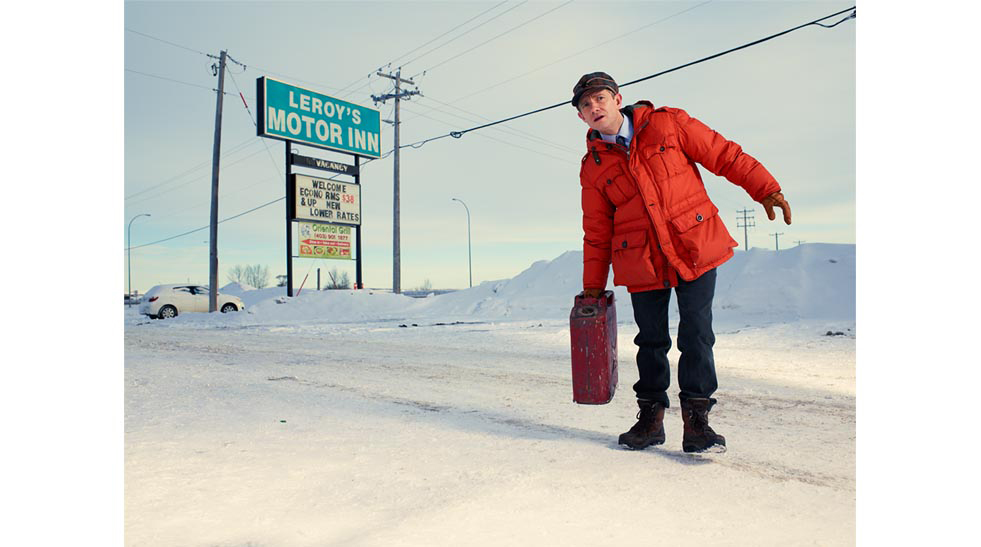 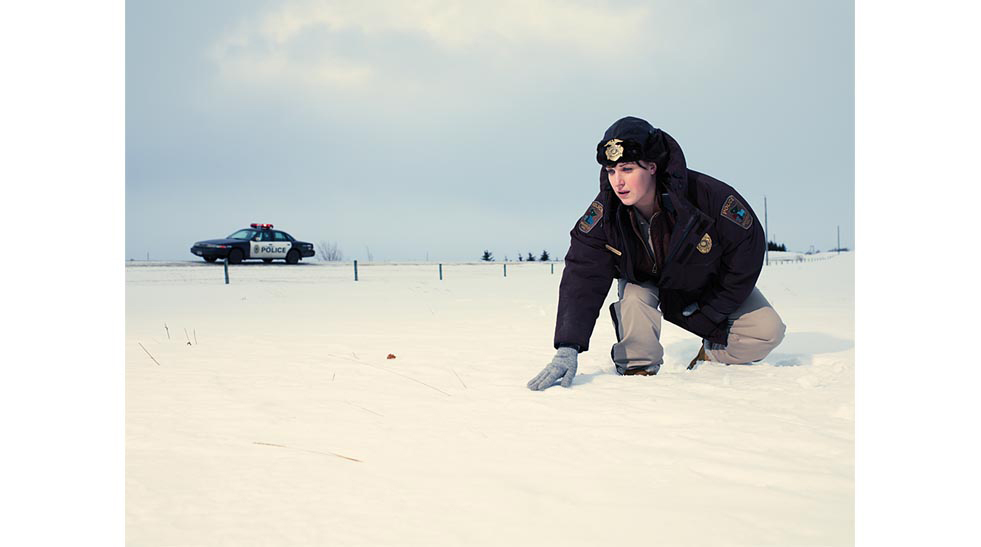 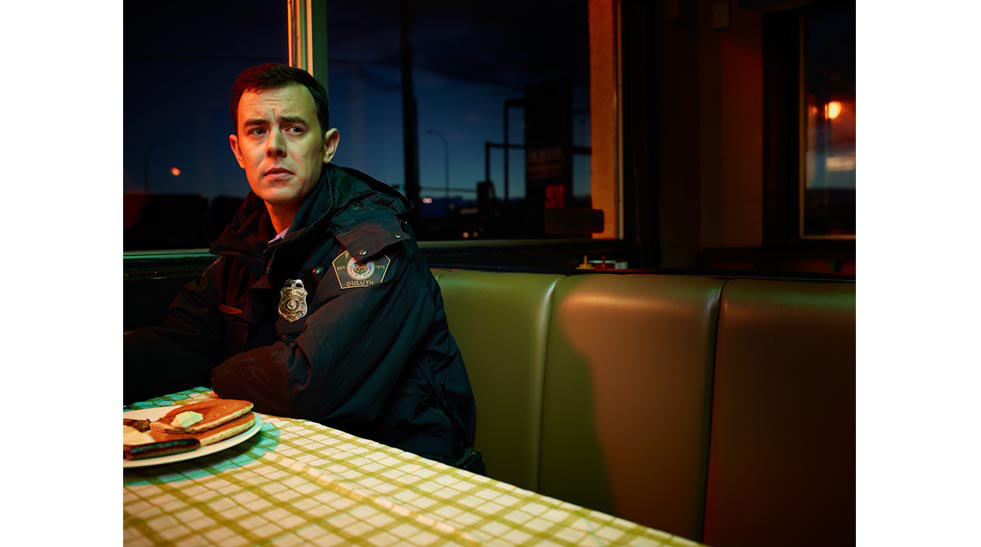 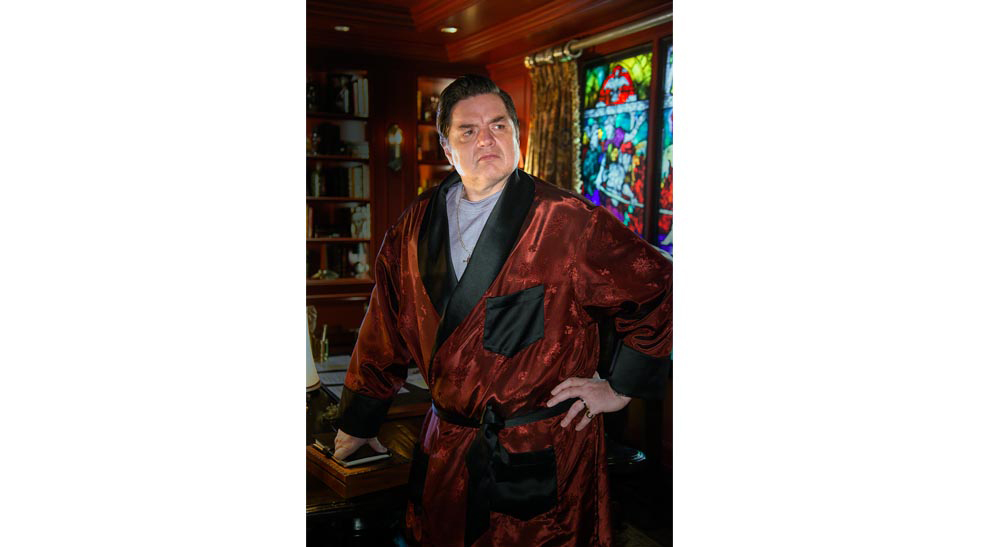 
A rootless, manipulative man meets a small town insurance salesman and sets him on a path of destruction.
Click to expand... 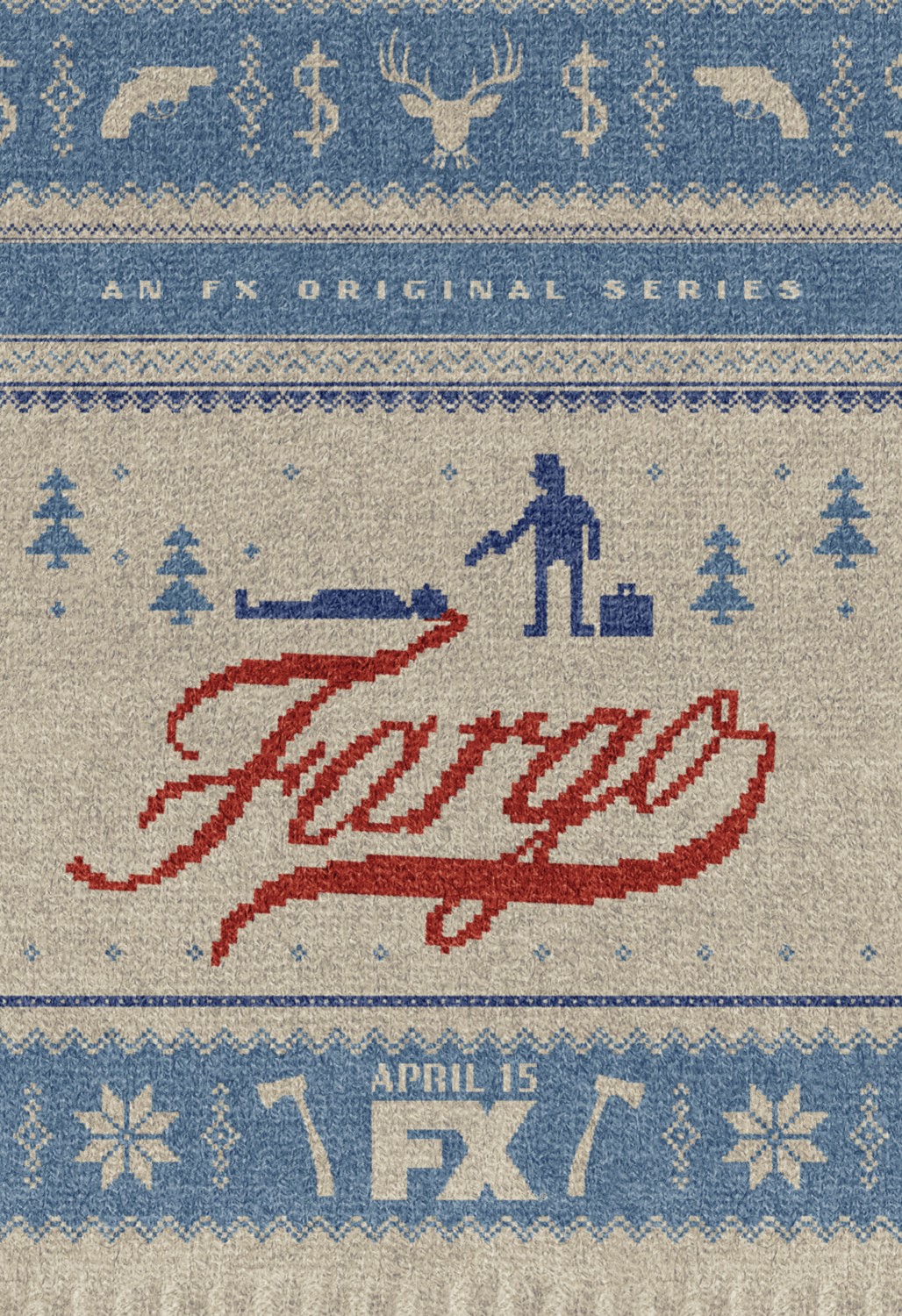 Both the wife and I are eagerly looking forward to this.
N

Nice work on the OP as usual. Looking forward to this.
T

I'll be watching. See you guys there!

Edit: It's like all the Justified crew is here.
Y

Is there a (teaser) trailer for this show?

Who would have thought that we would live to see a day when classic movies get adapted to TV and they actually end up being great.

ymmv said:
Is there a (teaser) trailer for this show?
Click to expand...

The first one is a good start to get a feel for the show.
L

When I first heard the idea for this, I thought there was no way it would be any good, but I'm now really excited. Hope it doesn't disappoint.
S

When I first saw/heard of the idea I thought eh.. but the latest previews during Justified have seemed very tempting.

I didn't realize it's a 10 episode anthology. New story, new cast but set in the same location?
R

I'm pretty excited to check this show out, especially since I've since roughly one billion spots for it during Archer, Justified, The Americans, and all the Marvel Studios flicks I've been watching on FX.
T

Definitely looking forward to this. Great cast and FX has rarely led me astray.
C

SyNapSe said:
I didn't realize it's a 10 episode anthology. New story, new cast but set in the same location?
Click to expand...

Landgraf also touted the new season of Louie as being amazing and upcoming limited series Fargo as being so good, I cant close the door on another installment. If it comes back, it will once again be located in North Dakota or Minnesota but telling a different story with different characters. However, the bar is high, it has to be an extraordinarily good story. Event series like Fargo will remain on flagship channel FX for the foreseeable future, at least for the next two years.
Click to expand...

I hope it's a great show in spite of Colin Hanks.
M

I am liking the cast - hope it turns out well.
J

So I assume Collin Hanks is Tom Hanks son?
C

Intheflorsh said:
I hope it's a great show in spite of Colin Hanks.
Click to expand...

Is this Dexter related? The only things I've seen him on are Band of Brothers & Mad Men. He was fine as a straight-laced guy in both of them.

Cornballer said:
Is this Dexter related? The only things I've seen him on are Band of Brothers & Mad Men. He was fine as a straight-laced guy in both of them.
Click to expand...

I've only seen him in The Great Buck Howard and The Good Guys. In both instances he was about as engaging and entertaining as a dead cat.
C

- NY Times: A TV Version of Fargo Has Parallels to the Film (Hawley interview, relations to the film)

I was hired to create something that fits a feeling you get from watching their work, said Mr. Hawley, whose writing credits include Bones and The Unusuals. But I was given no guidelines and no limitations, and I got excited about the idea that under the auspices of making a Coen brothers movie, I could do a lot of things that you cant normally get away with in television. You can add in moments of magical realism, you can have a character-driven show with a crime at the heart of it that isnt about that crime all the time.

Noting the wide tonal range of the Coens films, from the farce of Raising Arizona to the dark comedy of Fargo to the stern brutality of No Country for Old Men, he said: I feel like I exist somewhere in the middle. I like to say were making No Country for Old Fargo. 
Click to expand...

Great OT as ever, Cornballer.

Intheflorsh said:
I hope it's a great show in spite of Colin Hanks.
Click to expand...

Colin was great in The Good Guys and did a good job in Roswell, Band of Brothers and did the best anyone could do with such a shitty fucking script in that Dexter season.

I will never understand the hate for Colin, he's not Tom Hanks level good but he's not a bad actor by any means.


Intheflorsh said:
I've only seen him in The Great Buck Howard and The Good Guys. In both instances he was about as engaging and entertaining as a dead cat.
Click to expand...

He was highly entertaining in The Good Guys.

I guess we have a different sense of humor.
S

I'm another who was hesitant, but now really excited. Looks awesome.
F

Holy shit, why am I only just now finding out about this!? That's one HELL of a cast.
And well done on the OP!
F

I'm pretty darn excited to see how well/badly they portray the area I grew up and continue to live in.

The accents in the trailers are terrible already but I'll see how it goes.
D

I thought this was going to be terrible when I first heard about it but the cast and production look great. I can't wait.
A

Looking forward to it! Glad this is a weekly type of deal on Netflix in some countries.
L

Thanks for the OP, looking good Cornballer.
H

Really, I am for any show that isn't set or filmed in New York or California, definitely interested.
V

Ekdrm2d1 said:
I'll be watching. See you guys there!


Cornballer said:
Is this Dexter related? The only things I've seen him on are Band of Brothers & Mad Men. He was fine as a straight-laced guy in both of them.
Yes
Click to expand...

Wow, totally forgot he was on Mad Men. I agree with you, he was fine on both of those. Dexter season 6 had bigger problems than him.
A

I'm really hoping they stay a little grounded and not just do "Murder in Wackvyille" featuring "Wow Isn't That Hilariously Quaint."

I just don't want the entire cast to be skewed doofuses except for Thorton. The movie was not like that. The people were nice, not weird.
L

Let's recruit some people to be on time for the final season.


Niraj said:
IWow, totally forgot he was on Mad Men. I agree with you, he was fine on both of those. Dexter season 6 had bigger problems than him.
Click to expand...

I had to look him up and now I know again. It's incredible how forgettable some characters can be despite not being bad at all
R

I'm not a huge fan of the movie, so I hope I like this.
B

Really hope this does the license good.

Cautiously optimistic about this. Everything seems to be right, but you never know if it will all work out.
M

I don't understand the point of this show.
The whole reason Fargo worked was because it was a super small town that collided with a brutal intricate crime; something that the audience assumes never happens.
It was awesome seeing Margie, a pregnant, female, 40-year old small town police chief unravel the whole case practically by herself, and watch the criminal plan crumble bit by bit.

This show is a case of, "Here we go again!", and it boggles my fucking mind to why it's even being made.

(The cast is good though.)
F

Bob Odenkirk with a moustache
S

Solverson and Nygaard are good minnesotan scandanavian names though.
S

I'm sorry. I love this movie too much to give this TV show a chance. You just...don't touch it.
T

Speevy said:
I'm sorry. I love this movie too much to give this TV show a chance. You just...don't touch it.
Click to expand...

What are they touching? Different characters, different story. Locale is similar...

Fargo is in my top 5 favorite films and I am very excited to see this.
D

Martin Freeman was the best thing about Sherlock series 3 this year. Really excited for this show as well as his performance
T

That Minnesota accent is hard for American actors to hit. It's pretty incredible to hear Freeman nail it.
S

That fargo police video is just so strange to see. I recognize that cop. They show my old bosses house. That flock of turkeys is the same one that wonder near my work.
N

Solverson and Nygaard are good minnesotan scandanavian names though.
Click to expand...

Solverson might be a Minnesota name, but in no way is it Scandinavian.
G

I hope this good
M

In FX we trust, redeem that Justified time slot!
M

And then the LORD David Bowie saith to his Son, Jonny Depp: 'Go, and spread my image amongst the cosmos. For every living thing is in anguish and only the LIGHT shall give them reprieve.'

Cornballer, do you write about TV anywhere? You have the market cornered here with all your hard work and dedication to the show threads on GAF.
S

Norwegian Rudo said:
Solverson might be a Minnesota name, but in no way is it Scandinavian.
Click to expand...

How so? By your username it sounds like you know more than me, but the 'son' is my first pick up and then the fact that I know a few Danes with similar names up here (Salveson) and my own Norwegian name, it just screams scandanavian to me.