FBI agents involved in Russiagate knew they were lying; got defamation liability insurance prior to the inauguration "...if this thing ever gets FOIA'd, there are going to be some tough questions asked. And a great deal of those will be related to Brian having a scope way outside the boundaries of logic."

“We all went and purchased professional liability insurance.”

The other agent responded:

“Holy crap. All the analysts too?”

The agent who initiated the text message said:

“Yep. All the folks at the Agency as well.”

The other agent responded:

“Can I ask who are the most likely litigators? As far as potentially suing y’all?”

“Haha, who knows…I think the concern when we got it was that there was a big leak at DOJ and the NYT among others was going to do a piece.”
Click to expand...
Allegedly, shortly after then-Sen. Jeff Sessions (R-Alabama) was confirmed to be Trump’s new attorney general, congressional Democrats, media, and Obama holdovers within DOJ immediately moved to force Sessions to “recuse” himself from overseeing the department’s investigations against Trump. One agent wrote:

“The new AG might have some questions…then yada yada yada…we all get screwed.”

The FBI agents went on to discuss how the investigations’s leadership was consumed with conspiracy theories rather than actual evidence. One agent wrote:


“I’m telling (sic) man, if this thing ever gets FOIA’d, there are going to be some tough questions asked. And a great deal of those will be related to Brian having a scope way outside the boundaries of logic.”

“(Redacted) is one of the worst offenders of the rabbit holes and conspiracy theories. This guy traveled with that guy, who put down 3rd guy as his visa sponsor. 3rd guy lives near a navy base, therefore…”
Click to expand...
The thing with defamation is that truth is an absolute defense - if you tell the truth about someone, then what you told cannot defame them. This also applies for public figures like Trump, although defamation against them also requires malicious intent. So you can guess what these agents being afraid of defamation lawsuits implies about them, why they were afraid that Sessions "might have some questions", if their efforts ever got revealed through FOIA.
Last edited: Oct 17, 2020
Reactions: TKOFromTokyo, -Arcadia-, DunDunDunpachi and 2 others

That’s treason.
Reactions: V4skunk, Torrent of Pork, Sign and 6 others

NeilH1982 said:
The hits just keep on coming. Great week so far
Click to expand...
This is actually from the last week of September. I did a search and didn't see a thread, to great disbelief.

You have got to be kidding me. I am really starting to wonder how connected all of this is, amd what exactly all of "this" is.

KINGMOKU said:
amd what exactly all of "this" is.
Click to expand...

KINGMOKU said:
You have got to be kidding me. I am really starting to wonder how connected all of this is, amd what exactly all of "this" is.
Click to expand...
Deepstate is real and it's about to be confirmed to mass public. They lost control of the narrative
Last edited: Oct 17, 2020
Reactions: Arkam, Sign, Cravis and 1 other person

Ya this is old news, came and went and MSM buried it.

This stuff wont get reported on because the media was complicit in all this. They spread all the lies and allowed all these spooks to spread this garbage on their networks.
Reactions: Somnium, Sign and DeepEnigma
M

The insurance part got me

Its like a serial killer buying insurance to not go to jail.
Last edited: Oct 17, 2020

This is what makes TDS so insane and dangerous.

They've convinced themselves that this stuff doesn't bother them at all.
Reactions: V4skunk and Arkam

Donald J Trump is the reason all of this corruption in politics, government, and the mainstream media has been exposed.
Everyone is against him because he is not part of this corrupt establishment.
If he doesn't win the election things will just go back being corrupt and hidden.
If he does win... Well.. How much can 1 man actually do? Probably not much. Especially when everyone and their mother is fighting dirty against him.
At least we now know that everything is bullshit.
Reactions: Cunth, DeepEnigma, Stitch and 6 others

And no one cares.

This may sound stupid, but the more of this that comes out the more it makes older conspiracy theories seem plausible.
Reactions: Torrent of Pork, DeepEnigma, Arkam and 4 others

But what do they have to hide?
Reactions: DeepEnigma

EverythingsOverrated said:
This may sound stupid, but the more of this that comes out the more it makes older conspiracy theories seem plausible.
Click to expand...
I really REALLY love how Legacy Media always outright says, conspiracy theories are false, like they have info we don't, and therefore confirm a theory is false.
Reactions: EverythingsOverrated and DeepEnigma 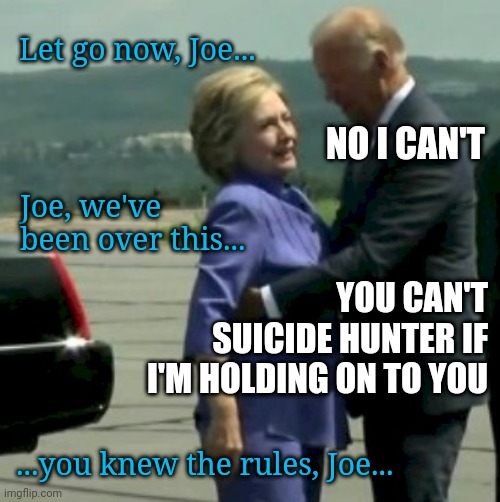 That’s treason.
Click to expand...
and it is still going on.
Reactions: DeepEnigma and Arkam

joe_zazen said:
viet nam started with a lie no one went to jail for.
Click to expand...
Reactions: TindalosPup

Can’t believe you can actually buy insurance for lying, WTF is up with that ? It’s like a get out of jail free card.
Reactions: Somnium and DeepEnigma

MSM did to this story what they were going to do to the Biden email story until Twatter and FB streisand effected this shit up to 11. This is actually very old news. It was in a document that came out during the height of the pandemic that the agents were talking about getting liability insurance in texts. It was never reported with the same veracity that an unsolicited meeting with Don Jr was.
Last edited: Oct 17, 2020
Reactions: cryptoadam

DESTROYA said:
Can’t believe you can actually buy insurance for lying, WTF is up with that ? It’s like a get out of jail free card.
Click to expand...
It ought to be illegal.
Reactions: DESTROYA, Somnium, DeepEnigma and 1 other person

And Bruce Ohr quit just before he was gonna get fired because he was named in the Horrowitz report.

But that, this, and Clinesmith is not news unless you are Hannity/Tucker/OAN.

The media learned from 2016 and have put a lid on talking about anything that isnt Orange Man Bad.