Ultimate Team will see the addition of a co-op gameplay feature in the form of Division Rivals, Squad Battles and Friendlies with a friend online to unlock objectives and rewards. FUT was surrounded by controversy due to it being classified as a "loot box" and a source of online gambling. FIFA points were already banned in Belgium and could be banned worldwide soon. The players can customise their own FUT stadium with tifos, pyrotechnics, trophies, music, statues and stands as their FUT club grows. In-game stats can now be upgraded individually for special cards (the example given is if Trent Alexander-Arnold scored a free-kick for a TOTW in-form item, the free-kick accuracy can be much higher than his other in-form items). Live FUT friendlies combines house rules with squad rules to create different match types that change throughout the year. Redesigned menus allow the access to their squad and stadium directly from anywhere in the main menu. In new FUT events, the players can pick sides and compete against the FUT community to unlock packs, coins, club items or players in Team Event Objectives. The players can work together with the entire community and earn shared rewards by completing objectives as a collective.

The Top 100 will be expanded to Top 200 in FUT Champions. 30 matches in Division Rivals contribute to their weekly rating. They can play more matches for skill points and FUT Champions points but they won't increase own rank. Players can make extra coin rewards when they get promoted to a new division for the first time in Division Rivals. Squad Battles can be used to determine their rivals division at the start of FUT 21.

Fitness and training consumable items have been removed from the game. Players will still lose fitness and stamina during a match, but will automatically start their next game at full fitness. Healing items have been simplified to just gold common and rare items.

Career Mode will see new additions following years of criticism from the community - mainly to the manager mode. New additions include; a revamped interactive match simulation mode, which allows players to instantly jump in and out of matches in addition to changing game plans in real time. A new and improved training system which allows for weekly training schedules and the ability to train players to play in different positions, new stats such as match fitness and growth, an improved youth academy system, more transfer options such as loan to buy deals, and enhanced opposition AI.

FIFA Volta mode was introduced in FIFA 20, and it will be a part of the FIFA 21 as well. According to producers, Volta 21 will have gameplay improvements and will see new playing modes such as The Debut, the sequel to last year's story mode, featuring Zinedine Zidane, Thierry Henry, Kaká and Frank Lampard. Volta Squads, an online mode where people can play with friends. and Feature Battles mode. There will also be five new locations (Sao Paulo, Paris, Sydney, Dubai and Milan) with the addition of the VOLTA Stadium. 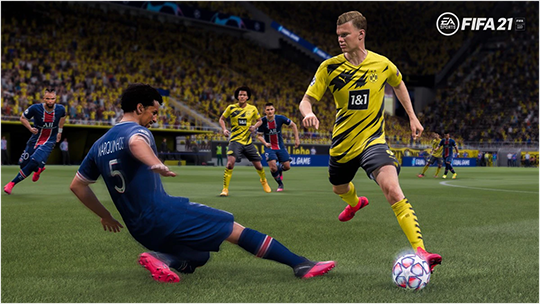 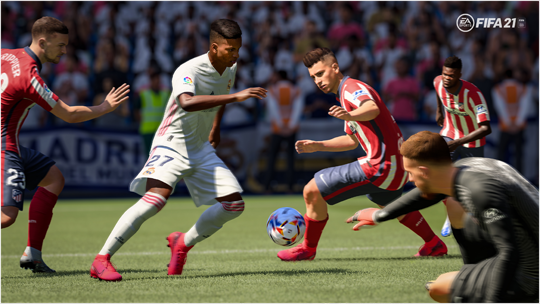 It's EA who cares. It will be filled with the same dynamic difficulty adjustment that screws you online so kiddies can win. EA lost me with the BS in hockey.
Reactions: bellome

I am skipping this year. First time after buying it straight since 2016.

Last year I had it with the gameplay. There is too much randomness at the highest level.

I started playing PES2020 a couple months ago and loved it. I have been playing PES2021 now and having a better experience so far. The lag is way worse in PES than FIFA though. I wish Konami’s net code was better, or maybe there just aren’t enough players.
Reactions: bellome and redfirm

oldergamer said:
It's EA who cares. It will be filled with the same dynamic difficulty adjustment that screws you online so kiddies can win. EA lost me with the BS in hockey.
Click to expand...

Don’t understand why you would post here then?
I got fifa 21 and play career mode and pro clubs. Enough content there for non FUT players.

I’m finding it hard to come to terms with ‘Ashley Cole’ and ‘icon’ being in the same sentence.
Reactions: The Fartist

Nitty_Grimes said:
I’m finding it hard to come to terms with ‘Ashley Cole’ and ‘icon’ being in the same sentence.
Click to expand...

He was absolutely magical with the Chels

Reactions: The Fartist and Nitty_Grimes 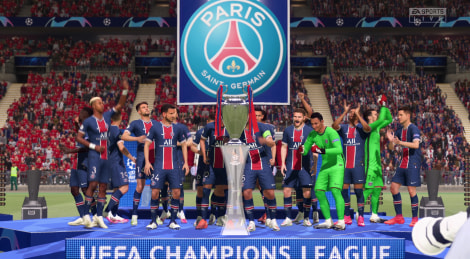 After our HDR videos of the PC version, we can now show you FIFA 21 on Xbox One X. See you next month for our next-gen videos of the game.

After our HDR videos of the PC version, we can now show you FIFA 21 on Xbox One X. See you next month for our next-gen videos of the game.
www.gamersyde.com
Last edited: Oct 13, 2020

Lol this game is shit.

Pro Evo has been the better game for the past 2 or 3 years.
Reactions: IbizaPocholo

Nitty_Grimes said:
I’m finding it hard to come to terms with ‘Ashley Cole’ and ‘icon’ being in the same sentence.
Click to expand...

You obviously missed him at LA Galaxy.