Square Enix has delayed Final Fantasy 6 Pixel Remaster to February 2022, the company announced in a new update. "In order to bring you the best experience possible," Square Enix starts, "we're giving ourselves the necessary time to apply final polish while finishing development on the game." There has been little consistency with the release timing of the Pixel Remasters, with the most recent game, Final Fantasy 5 Pixel Remaster, having released on November 10, 2021, and others in September and July. The version of Final Fantasy 6 that was previously for sale on mobile and Steam was removed this past summer.

This update also brings information regarding Final Fantasy 6 Pixel Remaster's pre-purchase bonus items. New items have been added including two new special soundtracks, "Locke's Theme (Timelapse Remix)" and "Aria di Mezzo Carattere (Instrumental)," joining the "Timelapse Remixes" of "The Decisive Battle," "Terra's Theme," and "Searching for Friends." Square Enix describes the "Timelapse Remix" as special arrangements that start with the original rendition of the song, before "gradually transition[ing] to the reworked alternative soundtrack version." Fans will also get two types of Pixel Remaster wallpapers based on all six titles, not just Final Fantasy 6.

Damn it! I was really looking forward to playing it during these holidays. Reminds me of their Kingdom Hearts III release fiasco...

Good, I hope they unfuck their current 16 bit character sprites. I did not like the ones for IV or V.

Why bother, just cancel it.

I’m glad they’re not rushing it out the door. Sucks that we have to wait but whatever my steam deck should be arriving around feb.

SlimeGooGoo said:
Why bother, just cancel it.
Click to expand...

Yah they should cancel the plan for a console release (if there is any)
Last edited: Dec 22, 2021
M

Though I wish they were available on console (specifically Switch) playing the Pixel Remasters on an iPad has been a pretty decent experience overall.
Better that they delay FF6 than to rush it out half-baked. Can't wait to the hear the remastered music from 6... High expectations.

Pejo said:
Good, I hope they unfuck their current 16 bit character sprites. I did not like the ones for IV or V.
Click to expand...

Yeah, I can't bring myself to play of these remasters due to the sprites. A real shame because this whole endeavor could have been such a slam dunk.

I was saying earlier that they better take the time to remaster magic attacks like Fire 3 and Ice 3 to look like flashier versions of their snes ff6 counterparts and not just copy paste ff1 assets and call it a day like they did with final fantasy 4.

Does this release on consoles or is it Steam/mobile only?

SlimeGooGoo said:
Why bother, just cancel it.
Click to expand...

Does Square owe you money or something? You seem to do drive-by shitposts whenever it's something about them.

Pixel Remaster of FF VI is now scheduled for Feb 24, PC and Mobile.

"All six games within the FINAL FANTASY pixel remaster series are available for purchase as part of the FINAL FANTASY I-VI Bundle for a further discount. FINAL FANTASY I through V are also on sale individually on mobile and Steam at a discount through February 22. More information on the bundle and each individual title is available on Steam, the App Store®, Google Play™, and Amazon App Store." 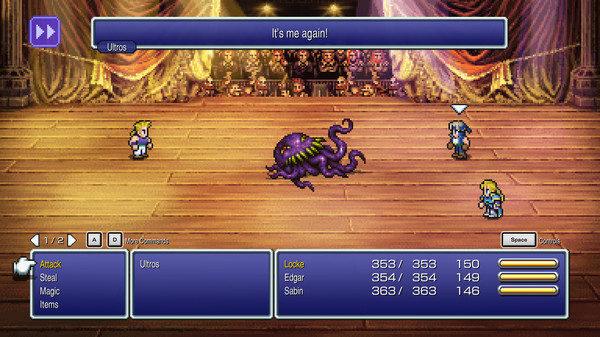 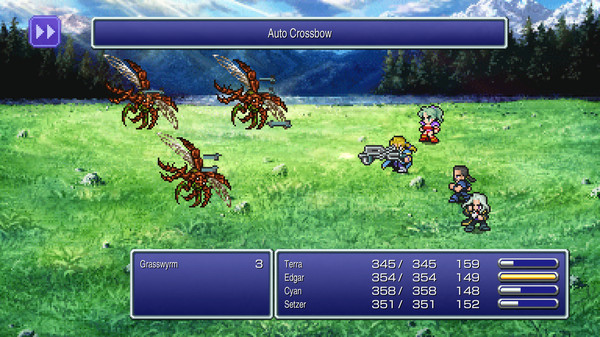 Don't care, those games don't need a remaster, just give me a remake.

The backgrounds look really rough... and the Terra sprite makes it look like she has a lame leg. I hope those are older build screenshots, otherwise the original release is more visually consistent.
You must log in or register to reply here.