Fixed camera angle games should have never died out

kyliethicc said:
Nah. Games like God of War, Uncharted 4, Spider-man, etc.. are the best of both worlds. There are plenty of moments in those games where the camera is fixed and plenty where the player has control.
Click to expand...

Right...every game should be the same...boooorrrrinnnng. Almost like genres of video game don't exist. Don't like fixed camera games? Don't play them. Doesn't mean they shouldn't exist for the people that DO like them like me and the others

ProgenitorCastle said:
Right...every game should be the same...boooorrrrinnnng.
Click to expand...

Never said that either.

I miss it so much.

And in the case of the RE2 and RE3 remakes, the fact that the camera didn't snap behind you when you were running (like it does in RE6 and the Revelations games) made them a lot more unwieldy than they needed to be for the over-the-shoulder perspective. Those tight corridors really did benefit from being able to see your character from a distance in the old games, and if I'm being honest I prefer it when a game asks me to do as little camera work as possible.

The issue with fixed camera angle games for me has always been transitions, when one camera has you facing one direction but another room has a different angle it can lead to annoying controller adjustments

Old school rpgs with the fixed camera were my favourite like suikoden and mario rpg. Much simpler to progress

It sucks for most 3rd person games but it can be used in the right context. However, I would prefer if games remained free camera.

Silent Hill 3 was the best!!
T

Totally fixed or fixed translation? Try VR games like Moss. VR in a way promotes fixed but with pan/tilt cameras.

I think Supermassive is a good VR studio too so I'm a bit surprised their VR games aren't fixed cam but their regular games are.
Last edited: Jan 17, 2022

I think Supermassive is a good VR studio too so I'm a bit surprised their VR games aren't fixed cam but their regular games are.
Click to expand...

ProgenitorCastle said:
-VR support for fixed camera games, as Moss has shown, is truly amazing both on a gameplay and visual level. Having your head movements control the fixed camera adds a new layer of interactivity to fixed camera games in a futuristic way that has yet to be explored in more games...imagine a VR Resident Evil fixed camera game that has you searching an area with your head for that shiny McGuffin to proceed to more areas...one can dream!
Click to expand...

Like what? your character is blind and cant see a few feet infront of him?
Last edited: Jan 17, 2022

I've mentioned this in the past, but one of the things I loved about Ico on PS2 was that it carried on the directorial handling of the fixed-camera with the feel of control and the wider viewing range of the 3D controllable camera. 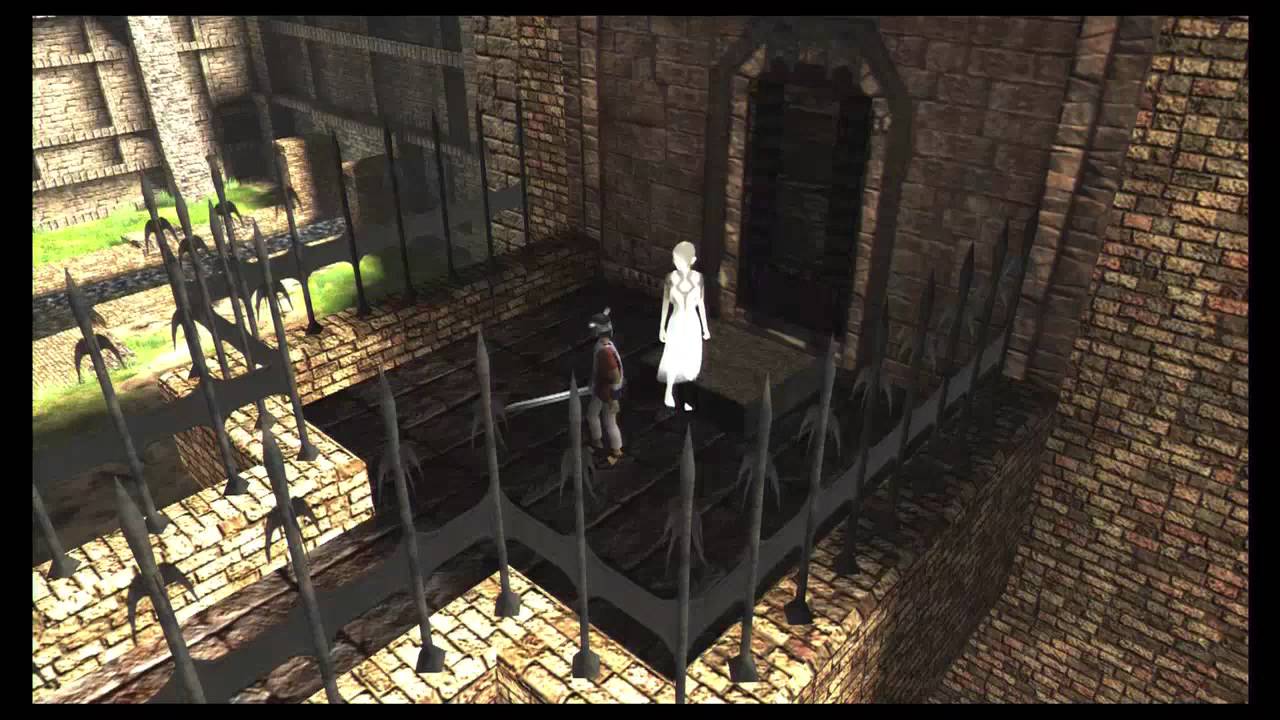 Each location in the game had its camera positioning pre-programmed, but it was fluid. As you moved about, the camera could track, with pans and zooms and other motions, or it could re-position to another vantage point entirely to get around an obstacle or to catch a new action. Generally each area had one camerapoint that followed action across that room rather than the cut-cut-cut of a Resident Evil fixed camera (even RE Code Veronica, which is also a hybrid, cut often to reframe the action between spots on a map... frequently disorienting the player in the process.) The views were cinematic and varied, but generally were positioned for gameplay purposes rather than just mood and wow-factor - if there was a puzzle to solve or a danger upcoming, the clues were in the frame, and if there was an action sequence with the shadow creatures, it did a good-enough job showing you, Yorda, and the enemies as need be to survive the encounter. Most interestingly, in this case, the camera was controllable, despite the directed pre-set camera angles, but the control was from the viewpoint of the cameras. You didn't have full range of putting the camera everywhere, instead you could move the camera around from within its vantage point, almost like a security camera, and see much of the rest of the world. It maintained the style, but if you were getting frustrated or curious, the option was there to see a little more. And it picked good views for playing the game without any required input from the player (you could play the whole game without ever touching the cam control,) whereas modern games can sometimes be as much work on the camera stick as there is on the player movement controls. The Ico camera wasn't perfect (it got swimming in some places if it the player moved back and forth across camera triggerpoints,) but I always liked how it showed me the world just enough while still framing the scenery in the best possible light.

Sadly, it didn't really catch on as a way to play games (though it's similar to the God of War 1-3/A camera system, and there are some games or areas inside a game with managed cameras.) I do wish there was more of it, as I thought it was a great way of merging cinematic flair and player agency. And with a modern implementation, a given camera system could have better or more robust AI for choosing the right angle or camera move for the moment.
Last edited: Jan 17, 2022

kyliethicc said:
Its not a chicken and egg thing.
Click to expand...

Players don't care about those things anymore. They just want fun games.
You must log in or register to reply here.

IbizaPocholo replied
May 4, 2022
When should Sega have died making Sonic games?