gradient said:
Boxing has fallen so far. It's basically a joke sport now with no legitimacy and a willingness to sell out for any kind of short term boost and paycheck.

Mayweather didn't prove himself smart by collecting a big paycheck, he demonstrated how willing he and the sport are to rig matches for profitable results thereby bringing his entire career and legacy into question.
Click to expand...

Even Ali stages phony fights like this. This stuff is about as old as boxing. We just choose to ignore history.

Anyway, I had zero interest in this. I wasn't going to pay, and didn't even care to stream it. I knew it was going to be a snoozer. At least the Connor fight had some literal intrigue leading up to it. Some of us wanted to see if Connor could actually land a few punches on that infamous Mayweather defense. Not many of us expected him to win, but I tuned in to see what he could do with his hands anyway.

By comparison, WTF do I give a shit about a YT troll? I never watched even a single millisecond of anything those Paul jackoffs put on YT. Haven't even clicked on something of theirs by accident. The YT algorithm won't disrespect me like that. So I wasn't going to watch Money collect another paycheck facing an absolute bum, who would get his ass handed to him by a nobody from a Bronx gym. I'm disappointed anyone bothered to watch. There're better forms of entertainment than this.
Reactions: Robot Carnival and SuperBabyMethod
E

The only thing about this that will be remembered is jake/logan whichever one fought saying "I hate being a dickhead; I love you guys." because of how stupid it sounded.

12pm fights Sunday night just are not for East Coast population and of course Mayweather was going to win.

Prison Mike said:
Then hugged and threw punches you could have see from 1886 they were that slow. I'd of liked to have seen logan in a same situation with tyson in prime lol been over in seconds.
Click to expand...

Tyson right now would be over in mere seconds.
Reactions: Prison Mike

DeepEnigma said:
Tyson right now would be over in mere seconds.
Click to expand...

That's what I said, over in mere seconds.

DeepEnigma said:
That's what I said, over in mere seconds.

Thought you said tyson would be over not Paul. Tyson even in his fifties is one hell of a scary fighter.

The Pleasure said:
Thought you said tyson would be over not Paul.
Click to expand...

Tyson even in his fifties is one hell of a scary fighter.
Click to expand...

The Pleasure said:
Tyson even in his fifties is one hell of a scary fighter.
Click to expand...

The impressions I've heard from people who've visited his podcast is that it's like sitting next to a full-stomach Lion who knows he's king of the jungle and could prove it to you at any time, but chooses mercy. 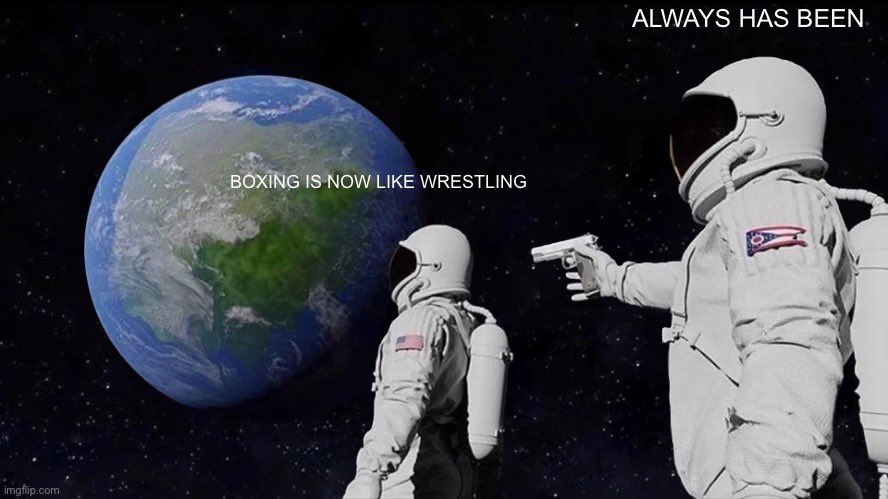 Reactions: LegendOfKage, Kazza, poodaddy and 4 others

This was the most boring waste of time and they both deserved boos at the end.

Pretty sure Logan Paul would knock Tyson out cold. Pce \/

Reactions: IbizaPocholo, LiquidMetal14, NahaNago and 2 others

Was the money so good that Floyd could throw the fight and embellish his record even if unofficially?

I mean, damn, even with Conor you at least got a real war and some true blue efforts to make it a fight.

This was just sad.

The YouTuber can move his head pretty well when he wasnt gassed out, I'll give him that much.
M

gradient said:
bringing his entire career and legacy into question.
Click to expand...

not sure I'd go that far, but when you hear boxers and their teams unwilling to come to agreements on where to fight, sponsorships etc and just conditions that make them come across as prima donnas, not a fighters, totally with you on what boxing has become.
You must log in or register to reply here.