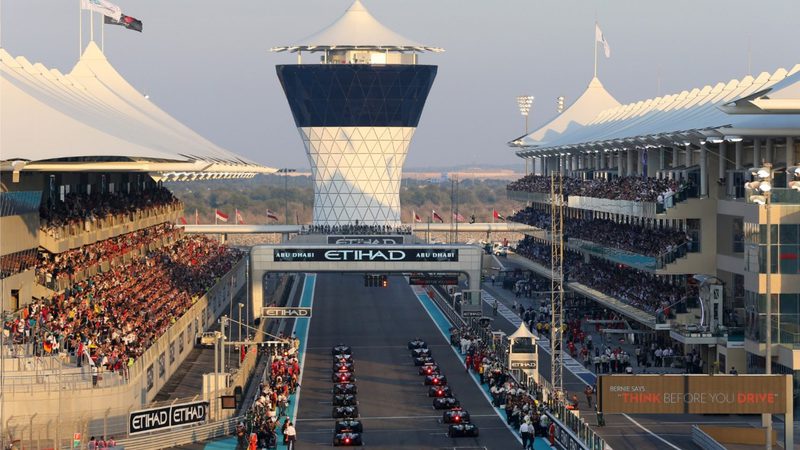 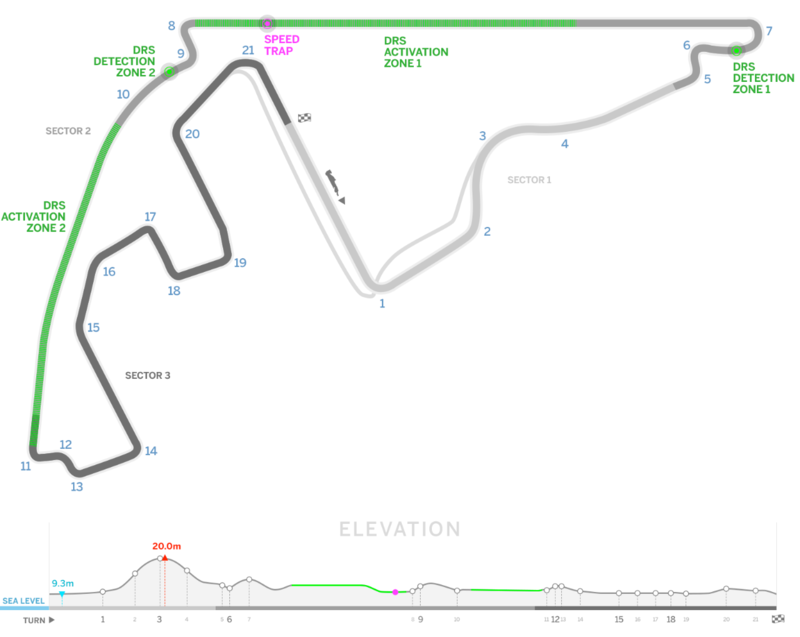 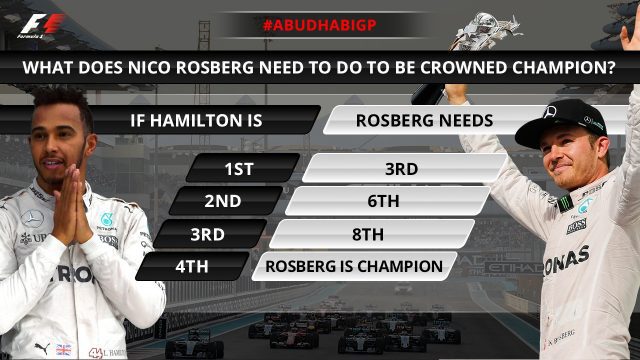 Rosberg will win the championship if:
Hamilton will win the championship if:
Other notable championship standing fight
Since Daniel Ricciardo has already gathered enough points to secure third in the championship, the other notable fight is for the 4th position in the standings, between Vettel, Verstappen and Raikkonen. A fierce fight has been going on between the Ferrari duo and Verstappen, so this one should be fun. Raikkonen has only an outside chance (but that payed off for him in 2007, so who knows) as he's in sixth: 14 points behind Max and 19 behind his teammate. Unless he wins the race, Vettel scores less than 6 points, and Max less than 11, he won't get 4th.

Vettel currently leads Max with 5 points. Verstappen has a win, so when they equal in points, he will take the lead ahead of Vettel, who has no wins this year.

Max Verstappen will beat Vettel for fourth in the championship if:
If Vettel finishes ahead of him, Vettel takes fourth. If Max finishes eight or lower, Vettel is fourth regardless of his position.

We say goodbye to these two drivers after this race 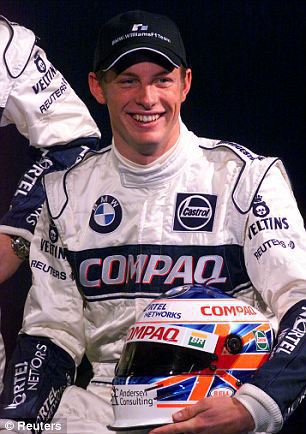 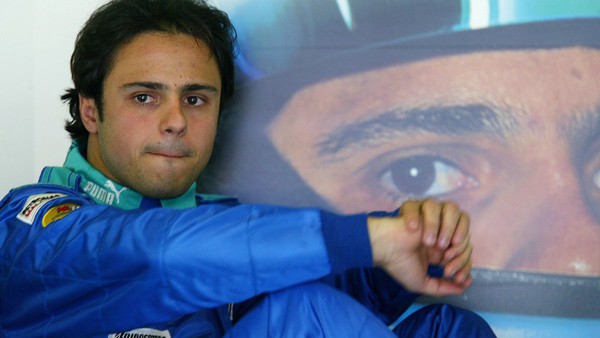 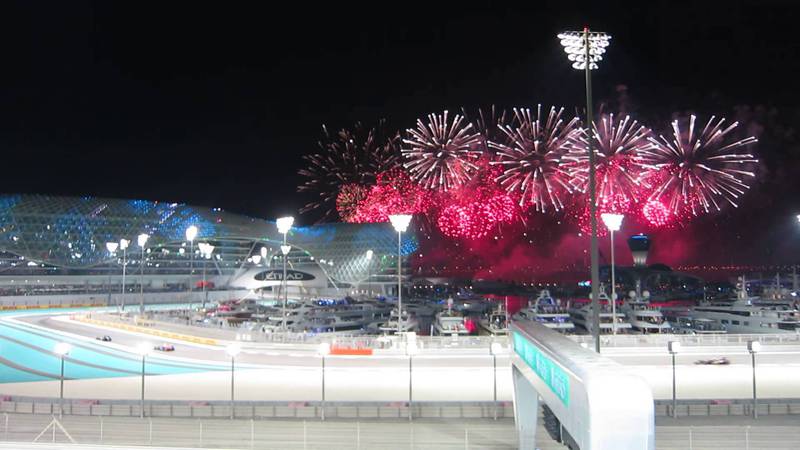 Last time to wake up at 7 AM on Sunday.

At least the title deciding factor makes it an interesting finale, though wish it wasn't the Mercs going at it.
C

Alt+F1 podcast for this race!
R

I've said it since the start of the season, Hamilton has this one in the bag.
L

So what's the deal with the Brazil circuit? It won't come back next year confirmed?
C

Don't know if I'll wake up at 4 for this but if I'm up like I was for Brazil I'll be watching for sure.
P

Nico is going to be a champ.
C

I've been on the losing end so many times this year that yeah, Lewis is probably going to win the championship.
J

I guess the HAM strategy is to back ROS into VES and see what happens.
G

Lewis can get his 4th next year.
L

Nico got a margin of error cushion there.

To come back and win after being beaten twice by your teammate is a great achievement (don't think that ever happened), so kudos.


Hope I didn't jinx it

Will he ever get a better chance than this?
R

Knowing this season, what's more likely is Lewis will be 1st and Nico 4th and on the final lap Lewis' engine will fail.
S

Hoping for something more than a Merc 1-2 borefest but fully expecting it at the same time. This is why Interalgos should still be the finale.
P

Anything but Fradsberg as WDC. Please?!
S

Rosberg has this in the bag. Sucks for Hamilton but I'm sure he'll cope just fine, especially if he wins the race. I would laugh my ass off though if Ham managed to pull it off and get the WDC. Should be a fun weekend!
N

Pterion said:
Rosberg has this in the bag. Sucks for Hamilton but I'm sure he'll cope just fine, especially if he wins the race.
Click to expand...

There's always hope Vettle will take him out on turn one.
W

Nico Rosberg will win the world championship this weekend
Well, unless one of us crashes into him. I mean, Lewis [Hamilton] is very rich and has a lot of money, flies around in a private jet, so Im sure he can afford to pay me. The only possibility, however, would be when Nico laps me because were not fast enough. Anyway, Im open to offers. And anyway, Im retiring sorry, taking a sabbatical.


The Red Bulls aren't getting close to the Mercs here so Rosberg's engine needs to grenade itself in Q1 to set up a compelling race.
S

Subbing to this thread. Bit bummed about the time though, looks like it starts at midnight Monday for us Aussies

Line_HTX said:
Last time to wake up at 7 AM on Sunday.

At least the title deciding factor makes it an interesting finale, though wish it wasn't the Mercs going at it.
Click to expand...

Don't worry, after Lewis wins it in few days it will be Kimi's from next year onwards
D

Hoping for something to happen that makes Hamilton the champion again but can't see it happening.

Nico shall be champion.

Need a bit of Mad Max and Aussie Grit#2 action.

So odd seeing Toto say he doesn't want there to be any car trouble hampering the championship battle when its car trouble that's hampered the battle all year lol.
A

If Hamilton is ahead of Rosberg, he should try and back him up into the RBR drivers and hope for magic, it's essentially his only shot.

Also, for those interested, Drivers Press conference will start at 11AM GMT today, split in two parts:

Shaneus said:
Subbing to this thread. Bit bummed about the time though, looks like it starts at midnight Monday for us Aussies
Click to expand...

This'll be the first race in a long time that I might not see due to going to my girlfriend's parents in France for Thanksgiving (Americans living in France and it's just more convenient for everyone to do it on the weekend).

The last time was Hungary '09 and Hamilton won, so maybe it's a good omen ))

As a Hamilton fan, I obviously want him to win the Championship, but its a massive long shot. Nico wont finish any lower than 3rd as a worst case scenario in terms of out and out racing. It wont happen.

Nothing short of technical failure or him somehow being punted off the track will result in anything but a Nico championship.

Was kind if glad to see the farewell Massa got last race, he wont really get the same applause this weekend, this is more like a formality, Brazil was Massas going away party.

Dont really care about Jensen leaving to be honest. Just sick of his whining.
T

Something to watch, is this half hour sit-down "season review" interview RBR made with Max and Ricciardo interviewing eachother: https://www.youtube.com/watch?v=1rnoVUg2oxQ DrM said:
It would be nice if some gremlins appear in Nico's car during the race
Click to expand...

I'd rather see the two race each other.
R

I'll be honest, I am not that keen on any of the (top) drivers, but I really hope Lewis doesn't win the championship, because I don't think I could stand to see his stupid smug face.
A

As much I want ROS, I wouldn't be surprised if HAM takes it.
Z

It would be better for the sport if we didn't get another 4 consecutive title winner following the previous one.
S

Aiii said:
If Hamilton is ahead of Rosberg, he should try and back him up into the RBR drivers and hope for magic, it's essentially his only shot.
Click to expand...

That's definitely the most entertaining scenario we can hope for.
S

Let's do this Britney
D

Zeknurn said:
It would be better for the sport if we didn't get another 4 consecutive title winner following the previous one.
Click to expand...

Everyone will be tiptoeing around Rosberg. Going to a take a puncture or car failure so look out for those snipers.

Congratulations to Nico on winning the WDC. I think Lewis has to blame himself for those poor starts, nobody else was doing that many or as bad.
A

chromatic9 said:
Everyone will be tiptoeing around Rosberg.
Click to expand...

chromatic9 said:
Congratulations to Nico on winning the WDC. I think Lewis has to blame himself for those poor starts, nobody else was doing that many or as bad.
Click to expand...