Free Steam copy of There Came an Echo ($14.99) for every member of NeoGAF [All gone]

Upon the Steam release of There Came an Echo (which should be sometime around noon on February 24th), I will be giving away a free copy to every single member of this forum who claims a code in the next 48 hours.

Are you an idiot?
Maybe. This is, to my knowledge, pretty unprecedented...by my estimations, I'm going to be giving away somewhere north of one hundred thousand dollars worth of my own product at launch. Sounds pretty idiotic.

For the love of God, why?!
You guys just playing my game at all means a lot to me, and I owe GAF a lot. I got my start in development thanks to a NeoGAF thread! It's a fantastic community, and I'm proud to be a part of it. These days, though, NeoGAF is a little more than that. NeoGAF gets callouts at E3. It has hundreds of members of the enthusiast press and development community, and still thousands more who read it daily. Almost everyone in the industry knows what it is.

Steam isn't quite the walled garden it used to be, and getting noticed as an indie is getting progressively more and more difficult. So, I'm taking a calculated risk. I'm giving the game to a ton of people who I think will talk about it, share it, make YouTube videos about it, whatever. I'm trying to get a whole forum to help, thousands of people, because I think there are very few forces in the industry as influential on a grassroots level. Of course, the game has to be cool, too, but don't worry. It absolutely is.

And it's not like I'm actually losing a hundred thousand dollars, I'm only losing whatever sales I would have made naturally to NeoGAF members who would have bought the game of their own volition...and even then, I think I can more than make that up. Steam codes are free to generate and distribute. The economics of the past do not apply.

Well...okay, if you're cool with it. How do I get a Steam key?
If you'd like a key for the game, make a post in this thread *****WITH A TITLE*****. I don't care what the title is, just use one. Don't claim more than one copy! You may, of course, give or gift the key to a friend. We have EviLore and Cheesemeister assisting with an automated distribution system, so don't worry about that.

We'll be giving away keys in two waves...one wave after 24 hours, and one wave after 48. No keys will be given out beyond that point.

How can I help?
I want to clear that you are under no obligation whatsoever to help in any way. Take the code and play the game, guilt-free. Maybe you'll think the game is dumb! And that's absolutely fine, I promise.

That said, if you'd like, there are quite a few ways you can help (many of which will be repeated in the private message containing your Steam code). But the most immediate way you can help is to click the button below to donate directly to Iridium! Every penny is extremely appreciated, you guys. <3 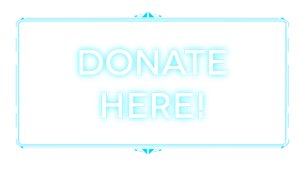 What is There Came an Echo, anyway?
There Came an Echo is a voice-controlled real time strategy title with a very heavy narrative focus. It has a cool voice cast, including Wil Wheaton, Ashly Burch, Laura Bailey, Yuri Lowenthal, and more! And, if voice commands aren't your speed, you can play with a keyboard and mouse, as well. You should definitely give the voice recognition a try, though. I think it'll surprise you. You can even enter in your own custom commands, like "Bishop, ban that asshole!" or "All units, go ly dow!"

You can also take a look at this video on GameTrailers to get a better idea of how it plays.

In addition, There Came an Echo's trading card set features a (common) Steam emoticon, :neogaf:. It looks like this:

Is this PC only?
Unfortunately, at the moment, yes. PS4/XB1/Mac/Linux porting should all be coming later, but not for a little while, at least.

Thanks, everyone. It's been an incredibly long journey to get here...making a video game can be an absolute ordeal...but I'm proud to share the game with the world at last. I hope you like it.

Wish you the best and can't wait to try it!
S

You are awesome, man.
L

Thanks, seriously, this is pretty nice!

Would love one, I actually bought a not-totally cheap shitty mic recently and your game was one of the factors.
L

Thanks, you rock!
C

Neato. I really enjoyed Sequence and was hooked until the end! You're awesome, man!
K

Wow you're so awesome.
F

I must say
F

Thanks! Very generous of you.
F

I've been looking for something new to play! Thanks!
J

You are the best!
Y

Omg, I was looking forward to this game. Thanks!
G

Holy wow, one of my most anticipated indie games for free? Yes please!
R

DiscoShark said:
Holy wow, one of my most anticipated indie games for free? Yes please!
Click to expand...
You need to make a title for your post
J

One for me, thanks a lot!
W

I'll check this out for sure
S

I'll make this a game to beat in March.
T

Incredibly generous of you, thanks.
H

And use the code you gave me for a gift to my gf. Keep up the good work
R

Thanks, I appreciate your generosity.
R