edit: as you can see in the wikipedia page of forspoken he is one of the writers on the game. For people who keep on asking who he is. 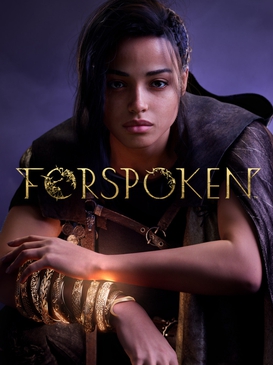 
Anyway he could be trolling

I mean.. honestly... there isn't much that could be bigger.

MS just bought the biggest company out there.


I do wonder if MS was forced into it because Sony is about to do something big.
Something like Sony buying GTA6 Exclusivity could have forced MS to buy Call of Duty.
Last edited: Jan 18, 2022

Unless they get GTA, that's the only game bigger than Call Of Duty.

Cant think of anything bigger except those above
Last edited: Jan 18, 2022

The moment a major earth shattering announcement is made there's always someone touting that there's an even bigger announcement imminent! This is how MS buying Sega was born. As if this isn't major enough. The only thing bigger would be MS buying Sony or Nintendo. I won't be surprised if nothing at all happens.
Last edited: Jan 18, 2022

EA and Take Two both bought.

Phil Spencer reveals that aliens are real and will begin putting content on Gamepass.

Please someone hide my SEGA

Only thing bigger right now is GTA, if they buy T2 then shit will be crazy.
T

Yeah, honestly the only thing bigger would be MS buying Nintendo

Anything bigger than MS buying Activision is not likely to happen.

Not buying it. This is on such a massive scale that there is no way something bigger will happen.

It better not be Microsoft buying anyone else

Mario comes out as gay, Princess Peach has been trans the entire time.
Last edited: Jan 18, 2022

And who is this guy ?

Host of Kinda Funny Podcast, writer for PS5 exclusvie Forespoken, also does some writing in Hollywood

you all are reading too much into this

That would be big

The only thing I think that could be bigger is if someone else like Apple/Google/Tencent purchased Sony or Nintendo.

Otherwise I can not see this news being topped for the week atleast.

If it's any more multi billion dollar acquisitions, then we're almost certainly staring down the barrel of a monopoly if antitrust laws get circumvented
G

dem said:
I mean.. honestly... there isn't much that could be bigger.

MS just bought the biggest company out there.


I do wonder if MS was forced into it because Sony is about to do something big.
Something like Sony buying GTA6 Exclusivity could have forced MS to buy Call of Duty.
Click to expand...

Sony and Microsoft are gonna be huddled over trading multiplatform games like a couple of kids trading baseball cards.

Riky said:
Unless they get GTA, that's the only game bigger than Call Of Duty.
Click to expand...

I saw something that Sony were trying to secure exclusivity for a big third party title. Maybe GTA VI is PlayStation only.

Maybe hollywood is letting him write another screenplay again.

Plantoid said:
That would be big
Click to expand...

That would be astronomical.

dem said:
I mean.. honestly... there isn't much that could be bigger.

MS just bought the biggest company out there.
Click to expand...

Yeah, what could possibly be bigger? I can't even imagine a hypothetical acquisition that would be bigger than this one, short of one of the big three being acquired and that doesn't seem plausible. Like, even fanboy wet dream scenarios like Sony acquiring Square Enix or Microsoft buying Sega would be less significant than this, right? Would a Take Two acquisition even be bigger?

And, aside from acquisitions, what other news could be bigger? Certainly not a game announcement. Even new hardware would pale in comparison.

I'm assuming this is just hyperbole. If it isn't, I'm dumbfounded.

This guy is the writer of Forspoken isn’t he?

Could this be involving Square Enix?
You must log in or register to reply here.

RavenSan replied
Feb 19, 2022
Sekiro IP not owned by Activision, copyright for the game remains at FROM Software post acquisition
News 2

Limba replied
Apr 27, 2022
Microsoft: ‘Even with Activision Blizzard, we’ll be number three’ - The Activision deal will help it ‘build the next internet’
Opinion Business Game Dev 2 3 4