Gears of War Judgement |OT| Brothers from the beginning, Bros till the end

Stat Flow said:
Where the fuck is Cliffy. I want to know his direct unfiltered drunk thoughts on Gears of War Judgment.

CliffyB said:
I played the hell out of that game during development and I approved of every change that was made.
Click to expand...

After the awful TV commercial, rumors were going around the epic forums that Judgement was the last locked up exclusive Gears of war for Microsoft. So MS are purposely PGR4-ing this game to let the series go into hibernation with a low profile before the future of the franchise (which will probably get money hatted and stay exclusive) is finalized. Thats why its not receiving the marketing budget that can feed 3-4 third world countries that usual MS first party games get. What do you think of this conspiracy theory, cliffy?

CliffyB said:
PR girls are down to fuck 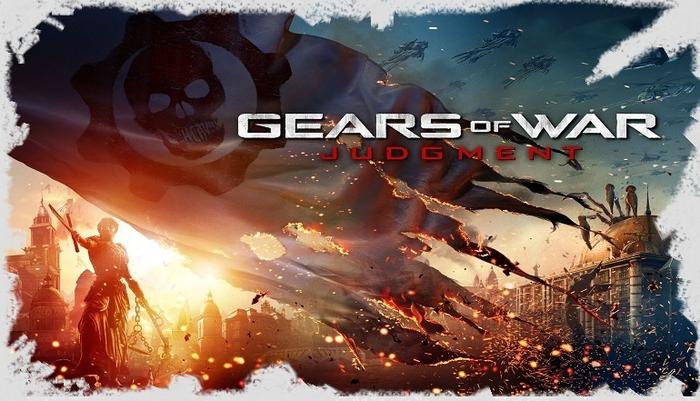 Before Marcus took his Doo-rag off in Gears 3 and changed the universe, this prequel sets up the events of the original trilogy. Takes place 14 years before Emergence Day, you&#8217;ll fight to save the city of Halvo Bay from the perspective of Kilo Squad, led by Baird and Cole. The story is told in part through a series of flashbacks. As war rages around them, Kilo Squad is put on trial and this leads up to testimonies and court scenes.

You have the option to play the campaign levels as presented, or change it up by declassifying information with the new Declassified Testimony system. By declassifying testimonies within the course of the campaign, which act as side objectives, you can change up the game and campaign playthroughs wont be the same every time (think Left 4 Dead). Weapons and alternate scenarios will be unlocked, modifiers will be thrown in to mix up the combat (enemy rushes you with melee weapons more, FOG OF WAR etc.) and change up enemies, encounters, testimonies in court and other things story related People can fly wont tell us about.....cause you know story is so so important to gears, gotta keep it HUSH HUSH

Updates - 1 primary weapon (any Riffle or any Shotgun), 1 secondary (pistols), Hit Y to switch between, No stopping power on guns, that visor thing that no one used other than to see through Smoke grenades on D-Pad, Ink doesnt stun, Flame grenades got buff, Smokes are thicker, Grenades have less radius, NO TAGGING WALLS, Boomshot splash damage tweeked, Sawed off has 2 shots (LOL), Armor customization along with weapons, Red vs Blue: RIP shirtless locusts :'(

- Domination: Replaces king of the hill, 3 hills instead of 1, hold more and hold them longer while shooting the other team
- Surival: Replaces Horde. 10 longer, more difficult rounds instead of 50 rounds of ZzZzZzZ.
- Overrun: The mode they are pimping the most. COG vs Locust in class based, round based attack and defense. While COGS have classes like Engineer, Medic, Soldier, Scout, Locusts have different tiers of Creatures with different abilities. Public demo of this on live at launch.

All new copies come with digital download code for Gears 1, Preorder gets you Gears 1 hammerburst. 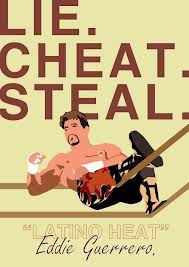 Journey that started in 2006, ends in 2013. We in the gears community get angry only because we care, but thank you for this franchise that defined the 360's identity Cliff. See you on the flipside. 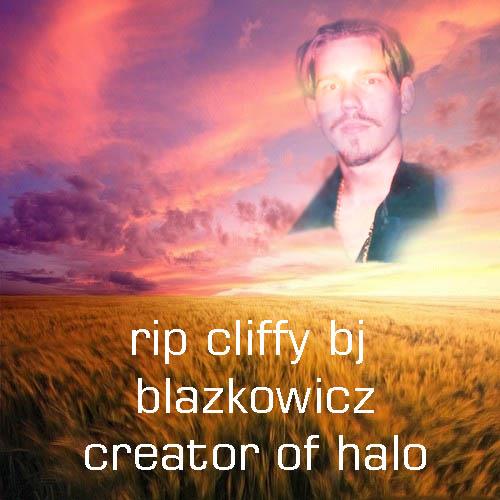 Also PXG for letting me use some of his art (dont be angry at the game bro, it might be good, i hope), and SpacLock for being lazy and doing nothing 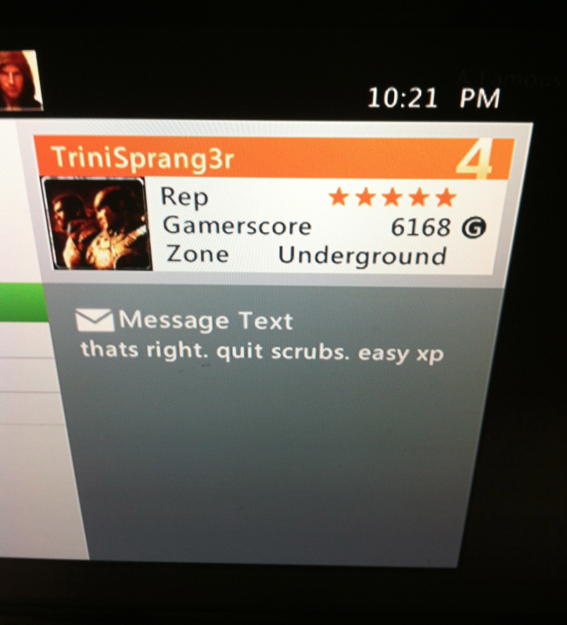 The show they did on the 360 brought this game back to my attention. I planned to skip it but I will probably pick it up after the first price drop.
S

lmao at the gif reaction to 4 maps.
P

Funny OP, but will the game also make me laugh?
A

what the SHIT at this coming out now!

by the way, your review section is BRILLIANT.
N

No info on the dynamic spawns in campaign? The fact that I haven't seen the topic explored much makes me worry that its not all that dynamic.

I'm in though, because they are trying some new things here and it looks great. Some of us don't play Gears for the roady-run-attach-to-cover-mantle-roll-roll-shotgun-shotgun-pray action.
M

But do the free maps have titties on them?
S

Anyways, surprised how good graphically the occasional youtubes I catch of this look. Other than that I guess I'll stay mostly on media blackout *shrug*
S

Getting this as a gift later this month. It doesn't look as puke inducing as GAF would have you believe. I'm decently excited about it.

The pre-release show with Major Nelson gave me some confidence in the title.
L

specialguy said:
You can have OT's 11 days before the game??

Anyways, surprised how good graphically the occasional youtubes I catch of this look. Other than that I guess I'll stay mostly on media blackout *shrug*
Click to expand...

the early access multiplayer comes out next firday, asked a mod if it was ok
C

Is the original game as a freebie only included in the US?
R

I'm more impressed you finally got your avatar a proper size

Is Fine Wine Vine getting this? WHAT ABOUT MATT TAYLOR!?
I

Didn't realise people were so angry this required this kind of OP.
W

Oh man, wasn't expecting one of these types of OT's.

This will be the first Gears of War game that I'm not buying at launch however. The multiplayer changes are what concern me. No DBNO, quick weapon changes, quick grenade throws and jumping off high ledges/roofs are all things I hate. What I love about the first Gears was the slow gameplay. In any other shooter I've played, once you see an enemy within medium range, one of you dies in about 2-3 seconds. However gears slowed it down. You could see an enemy not far from you, and the battle could take 5 seconds, or up to a minute. Slower movement, DBNO, lots of health, lots of cover, some restrictions on movement (no jumping, jumping off roofs) all attributed to this type of gameplay. Gears 2 and 3 strayed away from this a bit, but Judgement goes too far in my eyes.

How the mighty have fallen...
M

I'm so glad to have NeoGAF to tell me to think a game is terrible.
A

Meatvillain said:
Didn't realise people were so angry this required this kind of OP.
Click to expand...

It's just a comedy OP, they're entertaining in its own right. It's vidyagames, we should have some fun with it sometimes right?
W I am posting in one of the greatest OTs ever made.

Feed me some chicken after midnight, and I'll tell the masses it's even better than that.
N

Amir0x said:
It's just a comedy OP, they're entertaining in its own right. It's vidyagames, we should have some fun with it sometimes right?
Click to expand...

It sets the tone though. This'll be a troll thread with a dab of butt-hurt for a while.

And fuckin-A this is not a series that lives or dies purely on its multiplayer.
K

NullPointer said:
It sets the tone though. This'll be a troll thread with a dab of butt-hurt for a while.

And fuckin-A this is not a series that lives or dies purely on its multiplayer.
Click to expand...

I don't even play this series multiplayer anymore (except the monster wave ones), because to me it just devolves into Shotgun world, and I don't really find that entertaining.

But I do play single player co-op. Fun for one go at least on Hardcore.

Re: Setting the tone, I guess I just thought the tone it was setting was goofy fun. Reviews don't matter, thread highlights that. Other than that, I don't think it'll be a troll thread. The mods here tend to be pretty good
I Except Judgment is spelled incorrectly.
L

Buying this day one, since I love Gears and Baird is one of my favorite characters, but I've got to say that Cole is looking a lot, uh whiter in that screenshot than I remember him appearing in the first three games. Using a phone to view the thread though, so hopefully its just my phone doing something weird.

Edit: unless that's not Cole? Sort of looks like him though, unless it's a young Marcus.
C

You will be judgd.
G

I'm debating holding off on Infinite for a bit to get some time outta Gears. Looking forward to seeing what PCF has done with it.

Those 4 maps can suck it though.
U

I didn't even finish 3 but I'll try this, should be no lambent, that already makes it better.
M

I cant wait man I cant get enough gears.
P

Meatvillain said:
Didn't realise people were so angry this required this kind of OP.
Click to expand...

Yeah. Only works when it's funny, I guess.
R

4 maps is an absolute joke. Rental!

I hope you're happy, OP. You just made me preorder the game.

So this is kind of neat.

Warning: spoilerific youtube vid. It always sort of bothered me that Gears 3 got rid of Baird and Cole for a good 50% of the game.
R

Reading through the multiplayer changes just made me laugh. How pathetic. This is really still a Gears game?

I'm actually interested in the campaign, but I feel this game will bomba.

Not gonna lie, love me some co-op Gears campaign.
N

Anya looks different? How about Dom?


MAAAARIIIIAAAAA
You must log in or register to reply here.