I hope you can look past the hardware because the games are definitely fun.

I’m not sure how good the touchscreen is on the n3DS, but I would get a screen protector. Based on my experience, Kid Icarus: Uprising and Pocket Card Jockey I played a little too intensely on the touchscreen. So, if you’re planning on playing those, be careful.

There’s a lot of good games recommended in this thread. I want to add Star Fox 64 3D in the mix. Really highly replayable, especially if you hadn’t played the original.
Reactions: Tschumi

Not sure all that is of much help but this is just how I roll.
Reactions: Tschumi 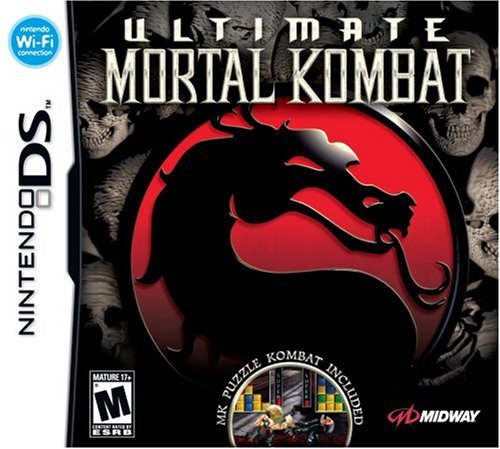 Ultimate Mortal Kombat. You get Puzzle Kombat with it. It isn’t the most amazing puzzle game, but it’s great for the novelty.
Reactions: Tschumi

I didn't have a 3DS for too long, but man, Zelda: A Link Between Worlds was great! Highly recommended.
Reactions: Tschumi

I LOVE the N64 remakes, Star Fox, Mario, Zelda OOT, so far they've all been the best iterations I've yet played, and obviously I've only played a little bit of them.

I went to a local second hand store here (I live in Nagoya, Japan) and I saw a couple of games - an airport traffic control tower sim and a public transport system game - which I am definitely gonna get despite the language barrier.

I made the mistake of trying Rayman: Origins, and it is shocking how much better it looks on a Vita, even a Vita 2000. 3D doesn't make up for it, I'll return that one.

But I've already said, yeah, not here for the graphics. So far it's pretty great.

It felt like nintendo was releasing banger after banger on 3ds, why are they dragging their heels on switch?
Reactions: Tschumi
You must log in or register to reply here.