Rusty Shackelford said:
Am I the only one hoping it's Twisted Metal? Jaffe did say several months ago he was beginning a new project, but didn't say what kind.
Click to expand...

The latest Sweet Tooth Funko POP! had Santa Monica Studio's logo in the ads, so that's possible.
Especially with the TV series on the horizon. 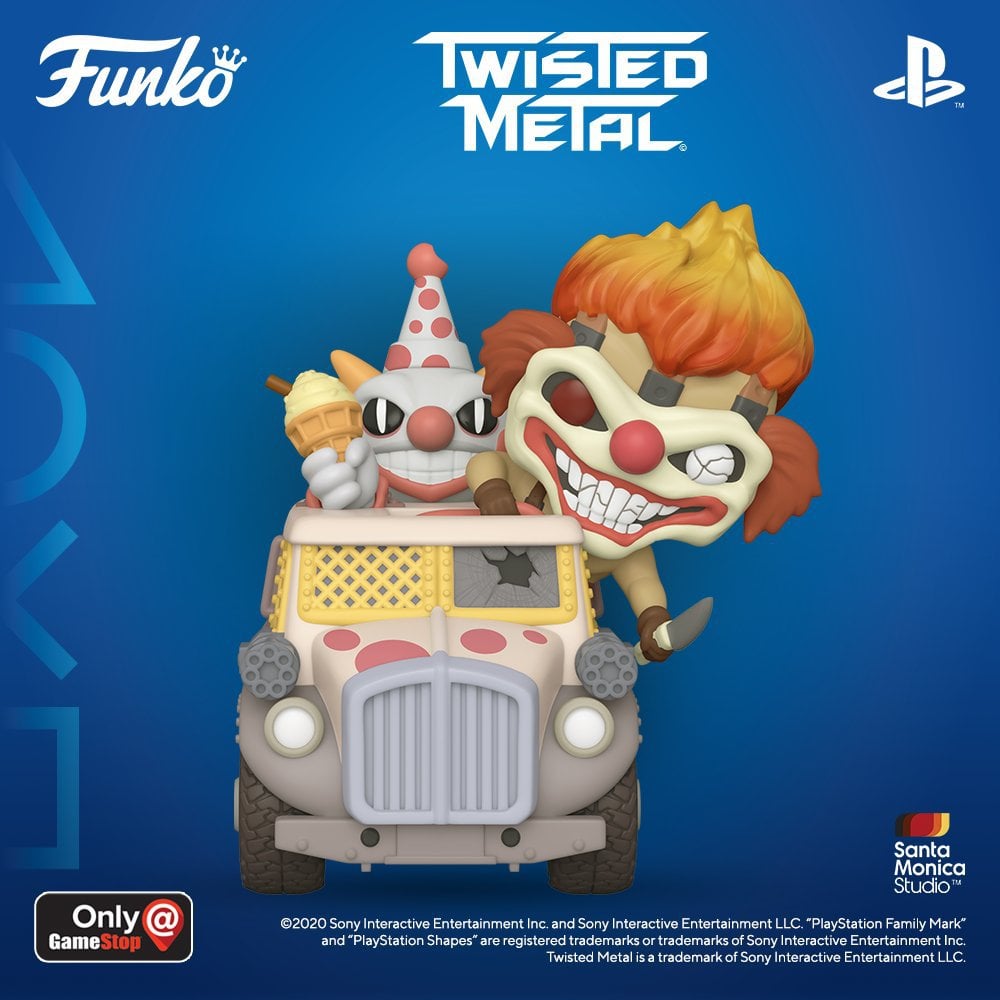 Heisenberg007 said:
For God of War (2018), they finalized the camera, combat, lore, engine, and story in the first two years. The entire game (apart from the first round that was showing during E3 in June 2016) was made in 2 years. The game was then released in April 2018.

How big of a sequel do you want?
Click to expand...

A sequel not a Spider Man Miles Morales sized game etc.
Bigger than the first too

Not really happy that they are dividing the work force...i want ragnarock to have the full attention of the team.

They already fucked up with the crossgen stuff, at least use the entire fucking team to make the best game possible.

Just put Analah working on the new game, i can live without her involvement in ragnarock...

yurinka said:
Bullshit, zero sources point to that. They said it's a direct sequel, the game will have approx the same development time than previous GoW but with more workers.


They tried it before GoW 2018 but that game got canned. Let's hope this time it works.


Cory is/was working on God of War Ragnarok. I assume he will also work in the unannounced new game even if only overviewing it and providing some feedback. Who knows, maybe the mentioned Eric Williams is the one directing Ragnarok and Cory is directing the unannounced new game (which probably isn't a new IP, maybe it's a Star Wars game or Uncharted 5) and Cory is only overwiewing it and mentoring Eric.

Regarding Eric Williams, as of now he has been in the studio since the GoW 2005 as a designer, sometimes focused on combat design: https://www.mobygames.com/developer/sheet/view/developerId,73057/

Ragnarok is a 2021 game. They won't delay it, because with Horizon they are the 2 biggest exclusives of the year. Guerrilla and Santa Monica are two of the tech horsepowers in Sony with Naughty Dog, so they must have been among the first teams to start working on PS5, which means they will have less tech issues to release their games.

They algo had a good part of Ragnarok written from when they did the original game, and there were some parts cut from there that they can use now in Ragnarok (as I remember some of the worlds). They also don't need to make all that huge work rebooting the series in terms of lore, mechanics, etc. so it's pretty likely that they may have this game faster than usual. Looking at the time they traditionally need to make a game and when release them, March 2021 would be the date. But due to Covid, add like an extra half a year. I bet they will release GoW in September-October 2021.
Click to expand...

The reason I kinda suspect Barlog is not directing the next God of War game is because the game is announced and publicly known, yet Barlog himself has never, not even once, said he's working on it. If I were Sony and I wanted to make a new AAA IP, I'd trust a proven director like Barlog to make that new game, while letting a former senior dev on GoW continue that series.

Eric Williams is a longtime Santa Monica dev and was part of Barlog's small initial team of devs who began pre-pro on the GoW reboot, before the N7 new IP game they were also developing got cancelled. He's in the GoW making of doc and was clearly fairly senior in the dev team. Considering Barlog's tweet telling us to "remember his name" it seems likely that this guy is now directing a game.

Also, considering Sony's willingness to delay games and the fact that this God of War game doesn't even have an official name yet.. its likely getting delayed. It'll probably come out around Feb-April 2022. But who knows.
E

GymWolf said:
Not really happy that they are dividing the work force...i want ragnarock to have the full attention of the team.

They already fucked up with the crossgen stuff, at least use the entire fucking team to make the best game possible.

Just put Analah working on the new game, i can live without her involvement in ragnarock...
Click to expand...

You will need to consider that SSM is a lot bigger now when they are working on GOW 2018.
So they might be able to do 2 games now or they have enough man power to do games faster unlike before.
Reactions: GymWolf

Eanox said:
You will need to consider that SSM is a lot bigger now when they are working on GOW 2018.
So they might be able to do 2 games now or they have enough man power to do games faster unlike before.
Click to expand...

Imo there is no such thing as "enough manpower" for these hyped big money games like ragnarock.

I'm already mad that these fuckers are making the game crossgen, i really don't want the team splitted in 2 when they are making the sequel of one of the gotg of the past gen.

In their typical recruitment fashion, Sony Santa Monica is promoting job openings on their social media feed. This time, however, they are asking for an art director for an unannounced project, confirming that the studio has multiple games in development. Given that they're looking for an art director, it's likely this game won't come out for awhile, perhaps until 2023. That being said, it is cool to see Sony's studios grow in size to sustain multiple projects at once, further boosting first-party output. Also, it's very likely this project will be a new IP since Santa Monica Studio has not done an original IP for quite some time. What do you guys think of this news?
Click to expand...

CaptainConlock said:
Given that they're looking for an art director, it's likely this game won't come out for awhile, perhaps until 2023.
Click to expand...

Alanah Pierce will fuck this one up wont she. Smh

‍
Reactions: Heylon
You must log in or register to reply here.

Sony Santa Monica unannounced title is based in a Fantasy world