GoldenEye director Martin Campbell says that he had no input at all into Nintendo 64's mega-hit 1997 first-person shooter game, GoldenEye 007.

BY MIKE JONESPUBLISHED 12 HOURS AGO 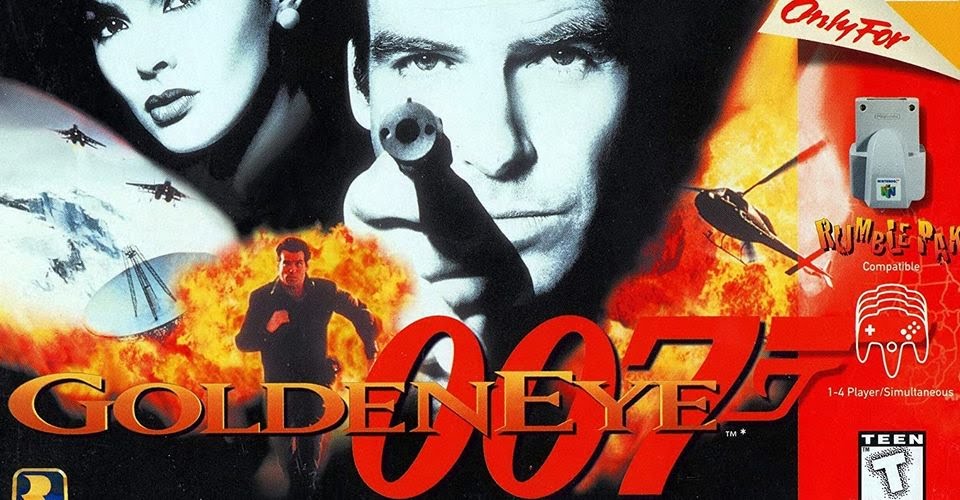 Famed James Bond director, Martin Campbell, has revealed that he had zero input in the iconic GoldenEye 007 video game. Campbell became widely known among 007 fans as the man behind two very seminal film entries in the super spy franchise – 1995’s GoldeEye and 2006’s Casino Royale. However, his efforts apparently did not extend to the Nintendo 64 game, which became the console’s third highest seller, revolutionizing third-person shooters.

Upon its release in 1997, GoldenEye 007 – a title that was exclusive to the then recently unveiled Nintendo 64 console, wasn’t really expected to make much of an impact. The film had arrived two years earlier and while it took audiences by storm, in terms of gaming at the time, first-person shooters were hardly the cornerstone of the video game world. Yet despite these weak expectations, Nintendo 64’s GoldenEye couldn’t have been more surprising. With its faithful single-player campaign as well as a highly engaging multiplayer option, the game blew 007 fans/gamers away. Today, GoldenEye is still a favorite of many and considered by fans of the first-person genre as an influential and genre altering addition. Some would even go as far as to say that it did for first-person shooters what Campbell’s GoldenEye and Casino Royale did for the entire James Bond film franchise.


It might be hard to believe that Campbell didn’t have anything to do with GoldenEye 007’s creation, but that in itself demonstrates how good the game actually is. Even today with huge game releases that crush anything that was going on in the 1990s, releasing a game that can emulate or in some small way replicate what took place in a hit film is far from an easy task. And while Campbell wasn’t involved with the game, at least some part of him lingers within it in, thanks to the success of his film. 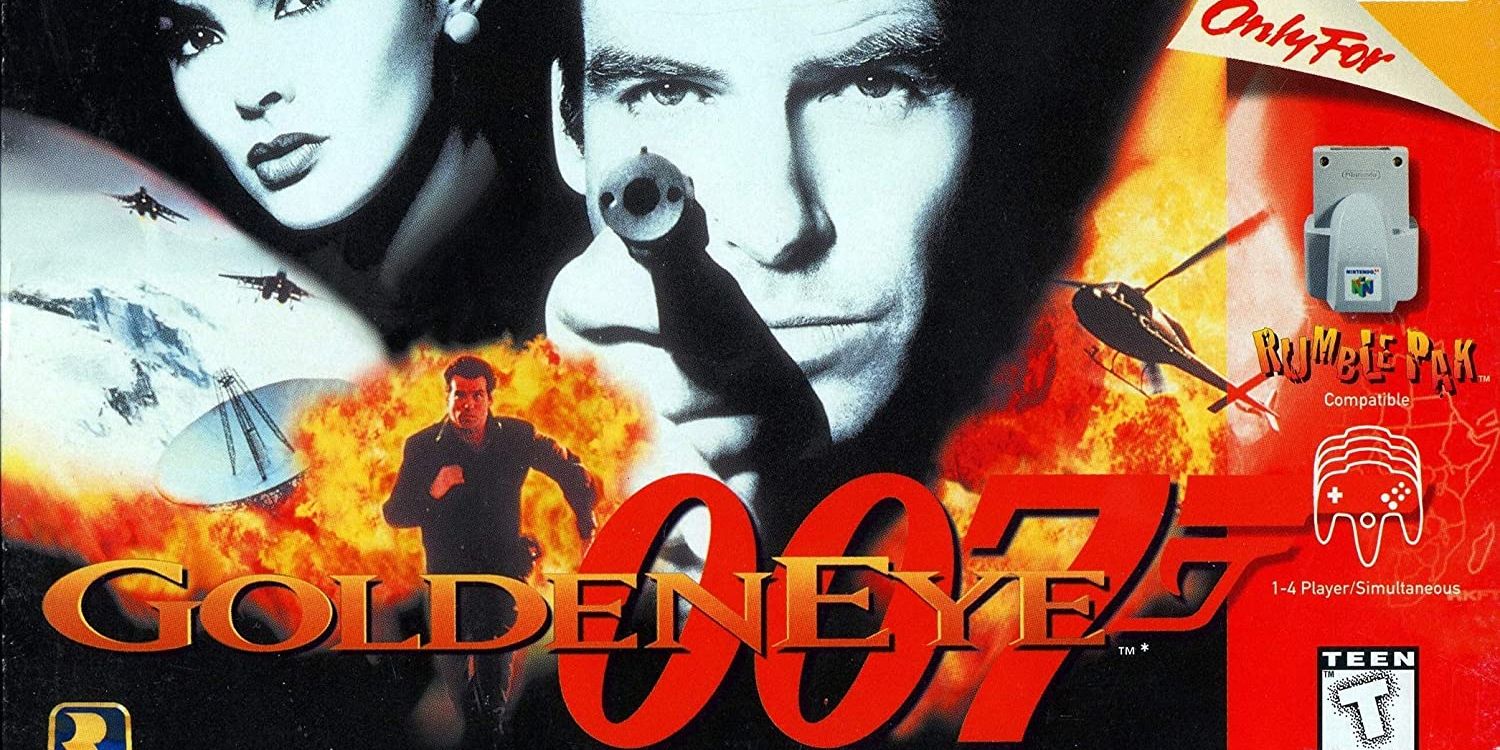 Martin Campbell says he was not involved.

Missing some paragraphs, as some of them can't be copied here.
Reactions: clem84 and NeoIkaruGAF

Wow, film director who probably by that time had never even spent a quarter on a game of Pac-Man at the bowling alley had 0 input on the development of a video game. Shocking.
Reactions: Yabusamaro, DCDW, mhirano and 1 other person

Who cares. As if many film directors then or now could have had a meaningful impact on any game.
Last edited: Aug 13, 2021
Reactions: fatmarco, Amish Prince and SlimeGooGoo

jigglet said:
Who cares. As if many film directors then or now could have had a meaningful impact on any game.
Click to expand...

Agreed. The only exception would be for giving advice or directing cutscenes.
Clock Tower 3 to this day has some amazing cutscenes, and they hired a japanese film director to work on those.

Ummm.. why would he have?
Reactions: Ailike, fatmarco, mcjmetroid and 2 others

Yeah, I never would have assumed he did.

The movie is great, but the game [story] is much better IMO.
Reactions: EDMIX

Why would this be surprising though?

I've always read that Rare was mostly left alone to make the game with little to no intervention from the filmmakers. It was only after Goldeneye came out and became a huge success that MGM started getting more involved with the Bond games and being too restrictive by not allowing things like blood and stuff. Rare got really lucky. EA and Activision, not so much.
Reactions: fatmarco, polybius80, mcjmetroid and 1 other person

I wasn't aware film directors were supposed to have any involvement in the video game versions of their films.
Reactions: phaedrus and Amish Prince

The closest you'll get to this scenario is a producer/director inviting devs to a production to record sets, props etc. Midway's T2 arcade game is a good example, since James Cameron was apparently very generous. As far as actual creative input goes though, this never happens.
Reactions: Gideon_128

Goldeneye continues to be great people believed it was the greatest in the 90s, today's campaigns muddle around with confusing stories, in Goldeneye you come into the game and push around enemies you don't worry about upgrades, abandoning the mission for a side quest. Goldeneye had character.
Reactions: Amish Prince
K

EverydayBeast said:
Goldeneye continues to be great people believed it was the greatest in the 90s, today's campaigns muddle around with confusing stories, in Goldeneye you come into the game and push around enemies you don't worry about upgrades, abandoning the mission for a side quest. Goldeneye had character.
Click to expand...

Also had great replay ability due to the way the missions added more objectives as the difficulty increased. Add to the cheats you unlocked, I spent way too much time in that game.
Last edited: Aug 13, 2021
Reactions: Gideon_128 and Amish Prince

I clicked on this thinking it was going to be about Martin Hollis having no input in the game he directed, which would have been quite a story!
Reactions: GnomeChimpsky

Neff said:
The closest you'll get to this scenario is a producer/director inviting devs to a production to record sets, props etc. Midway's T2 arcade game is a good example, since James Cameron was apparently very generous. As far as actual creative input goes though, this never happens.
Click to expand...

Didn't the Goldeneye dev team get to go on set for this very reason and got to meet some of the actors? Was Campbell not involved in that?
Last edited: Aug 13, 2021
Reactions: EDMIX

At the time of golden eye's development and release that wasn't even a normal thing to even have such input as I would argue what Kojima was doing with Metal Gear Solid was truly revolutionary for the industry it would be some time before you even saw such formations of teams where you have a concept artist or art director or a musical composer or things of this nature as normal things with in "gaming", I say gaming in quotations because I recall at that time lots of gamers even debated the idea of having a story and a plot in voice acting and a script and all of these things within a video game simply stressing that it's a "video game" completely disregarding that These Concepts being added can progress the medium and I always find it ironic that such a thing became so revolutionary that now it's pretty fucking standard in such a AAA game actually have those elements to the point of wanting the input from the director in the first place but that simply wasn't the case over 20 years ago.

I would argue it would now be odd to release a AAA game without these elements...

So making a GoldenEye game without the directors input actually makes a lot of sense for the time that game was made.

Slow news day? The only director having significant input on a game tie in I can think of is Peter Jackson with King Kong.
Reactions: EDMIX

Ya I'd be suprised if he had any input being honest.
Reactions: EDMIX

And, today, 99% of people think of the videogame, not the movie, when they hear 007 Goldeneye.

Captain Toad said:
And, today, 99% of people think of the videogame, not the movie, when they hear 007 Goldeneye.
Click to expand...

We as gamers think this, but the films records show factually more seen the film, then bought the game. I agree as a gamer that I think of that first, but I can't say for sure that is the default view for the majority.

And Steven Spielberg still remains silent about his involvement in ET:The Game

daTRUballin said:
Didn't the Goldeneye dev team get to go on set for this very reason and got to meet some of the actors? Was Campbell not involved in that?
Click to expand...

Goldeneye finished shooting in June '95 so no. The game's prototype was only just starting to come together later that year. They were given a very large amount of material to work from though, including a ton of photos and set plans which is why the game feels so accurate.

The team visited the studios of the GoldenEye film several times to collect photographs and blueprints of the sets. Eon Productions and MGM, the companies that control the James Bond films, granted the team a broad licence, and many levels were extended or modified to allow the player to participate in sequences not seen in the film. Although the reference material was used for authenticity, the team was not afraid to add to it to help the game design.
Click to expand...