Issuing violent physical challenges seems very unprofessional seeing as that baseball shooting just happened and everyone was scared as shit.
U

Sexism and the ideation of violence go together like peanut butter and chocolate.
S 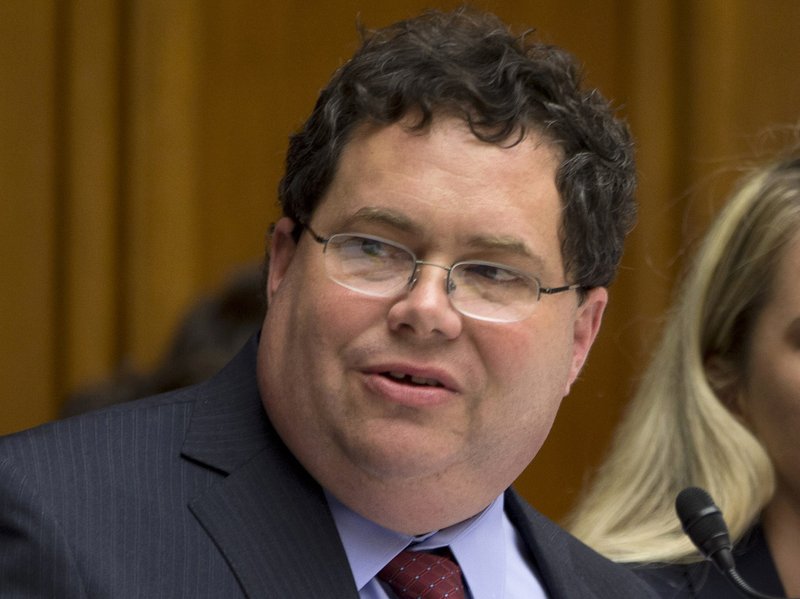 It ain't a stick up his ass, he's just way backed up.
I

Yeah, yeah. You guys all talk tough, but he's just trying to be humble by not bragging about his big wins in international street fighting. cameron said:
On the front page of BBC News: 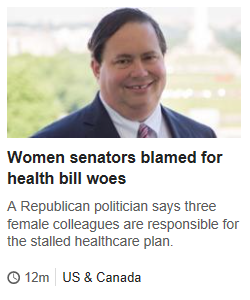 Rand Paul is also against the current bill, calling it a monstrosity and a porkfest, but I guess Blake isn't all bothered about that.
Click to expand...

Does he LOOK like he opposes a porkfest?
W

Unless he's given a golden opportunity to sit on someone he isn't winning any duels.
G

If only female senators appreciated a "nice guy" like him.
C

From this guy who looks like he's eaten a knuckle sandwich before.
T

Damn GAF. People would be getting lit the fuck up if this person was an overweight female and the same jokes were being made.

Yeah fuck this guy though.
S bionic77 said:
I like how all the problems in Trumps America are all from minorities (women, LGBT, brown people, etc).

Kind of a nitpick. I don't disagree with your point, but women aren't a minority, they're the majority.
G

Now that Hillary isn't running for anything they need to find new women to blame everything on.
M

zashga said:
He's saying he wants to shoot them, not fight them.
Click to expand...

More like he wants to EAT them. "Step out side", he says while lickin' his lips, readies his bib, and pulls out a bottle of BBQ sauce from his ass crack.

Only if certain requirements are reached.


The Greek Freak said:
Mocking a random person minding their own business for eating themselves to death is rude.

Doing it to a worthless fuck trying to kill people and who's fat ass will get cared for on the taxpayer's dime? Fatty needs to shut his mouth on multiple levels.
Click to expand...

Yeah, in cases like this, the requirements have been met. I see it like this, if you are a despicable human being full of despicable ideas and beliefs about you fellow human beings, real "trash of a person", you are fair game as far as mockery is concerned. It is the reason why we say Trump looks like an orange turd, McConnell looks like a doofy turtle, Sessions looks like a Keebler Elf, Giuliani looks like Nosferatu and why Bannon looks like pimento loaf in human form. These people DESERVE to be mocked, they are awful human beings.
A

Box of Kittens said:
Now that Hillary isn't running for anything they need to find new women to blame everything on.
Click to expand...

But their own?
M

Yeah, he looks like I though he'd look lol
B

It's a novel strategy.
I

It's not as if the GOP ever actually treats women or minorities as card-carrying members. They take the vote and don't even offer lip-service in return, because they get the vote without the lip-service, so why bother?
S

rpg_fan said:
Kind of a nitpick. I don't disagree with your point, but women aren't a minority, they're the majority.
Click to expand...

And yet you would never know it when they are barely allowed a voice in their own lives.
G

So women are literally saving America? Good to know.

Also this clown needs to sit his dumb ass down and shut the fuck up.
S

Also this clown needs to sit his dumb ass down and shut the fuck up.
Click to expand...

This was the narrative back in 2016. If only it were true.
S uncelestial said:
This guy hangs out on r/redpill I am sure of it
Click to expand...

He should spend more time on r/treadmill
H

Making fun of his weight kinda sucks. Let's not do that.


rpg_fan said:
Kind of a nitpick. I don't disagree with your point, but women aren't a minority, they're the majority.
Click to expand...

Minority in power and representation.
P 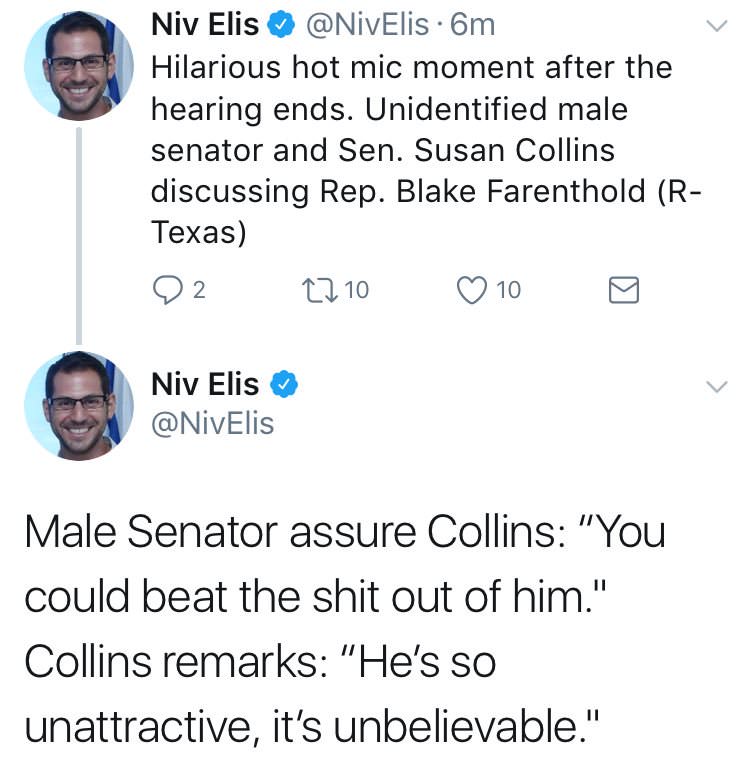 There is audio. Other things were discussed as well.

Timedog said:
Making fun of his weight kinda sucks. Let's not do that.

We're just doing what US senators are doing.
M

Timedog said:
Making fun of his weight kinda sucks. Let's not do that.
Click to expand...

Is this fuckstick in a safe district? It'd be nice to see him get his ass handed to him come midterms.
S

Timedog said:
Making fun of his weight kinda sucks. Let's not do that.

Tell that to Trump.
You must log in or register to reply here.

Senate Republicans to make another attempt at Obamacare repeal