Drama Business Platform GTA IV has disappeared from Steam because of Games for Windows Live. 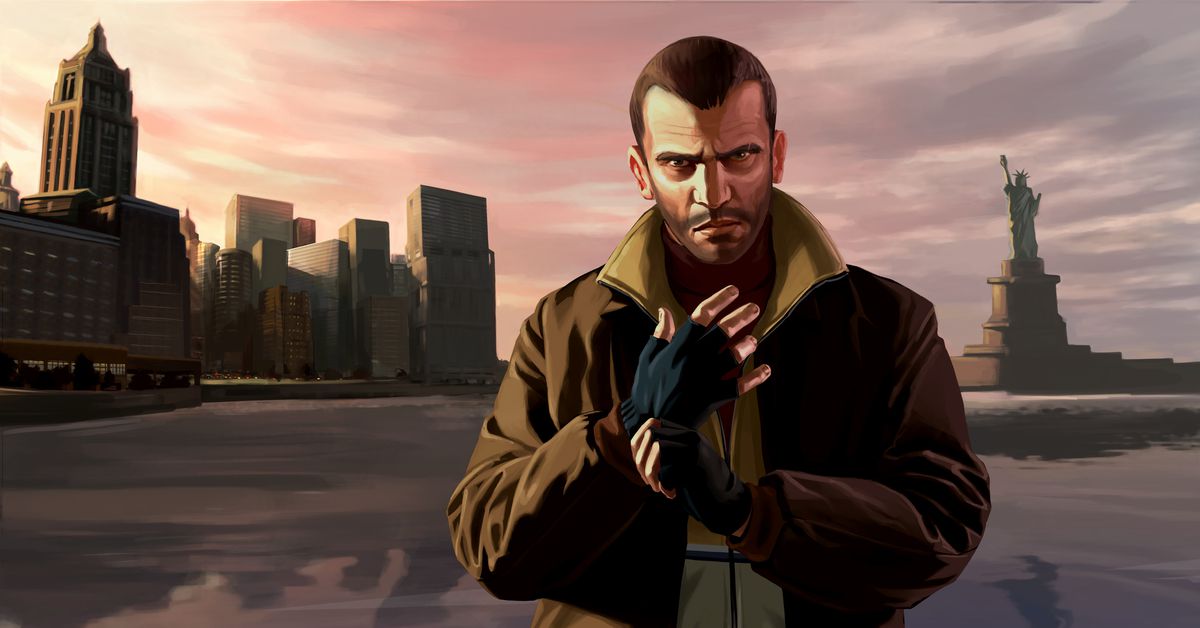 The service that started shutting down in 2013.

Rockstar has confirmed that the reason Grand Theft Auto IV is no longer available to purchase from Steam is its reliance on the Games for Windows Live (GFWL) platform, which it says Microsoft is “no longer supporting.” Although people who already own the game on Steam can continue to play it, the game’s “Add to Cart” button has disappeared from its Steam page, preventing users from buying a new copy.

GTAIV’s use of the Games for Windows Live platform has been causing issues for a little while now. Microsoft started winding down its PC gaming platform in 2013 with the closure of the Games for Windows Live store, but Rockstar has never fully patched the service out of its game. Although the game has continued to work, there are multiple forum posts and guides on the game’s Steam community page that explain how to overcome the hiccups the situation has created.

Before Rockstar confirmed that GFWL was to blame for GTAIV’s disappearance from Steam, there was some fun speculation to be had as to why it has happened. PC Gamer noted that expiring song licensing agreements could have been to blame (they caused a similar problem for Vice City back in 2012), while others guessed that Rockstar could have been preparing to sell the game exclusively through its own launcher.
O

OnThePathToWisdom said:
Remaster incoming?
Click to expand...
No, they will just rid it of GFWL and put it back up for sale again.
Reactions: Memorabilia and Godzilla Emu
M

OnThePathToWisdom said:
Remaster incoming?
Click to expand...
The whole time I was playing Spiderman I was itching to see Liberty City in those graphics.
Reactions: Arkam

Oh god they were using GFWL to generate keys still?
I'd also forgotten that I don't own GTA IV on Steam. I'm off to download the install files and then patches from GameFront (!)
I'm almost feeling nostalgic for this dark age experience.

Sounds like BS to me. GFWL was dropped few years ago and they had more than enough time to patch it out. Sounds like they want to sell it on their R* store instead.
Reactions: SoloKingRobert

Correct me if I'm wrong, but wasn't GFWL one of the reasons GTA IV on PC was such a crap?
Reactions: PhoenixTank

They just want a reason to remove it from Steam and put it in R* store.

Surprised it took them this long.
When I played it a year or so ago I had to use some offline sign in method, and some modification file to be able to play the Episodes From LC, it's ridiculous they were still selling a game that was practically unplayable without the users having to rely on third party fixes.

Hopefully they relist a cleaned up version in the near future.
Reactions: Memorabilia

They should have removed GFW a long time ago.

They'll remove all gfw features and bring it back. I think.
T

Obviously, they'll sell it through their own launcher.

GFWL debacle is one of the reason why I never purchase any PC games or software from Microsoft Store.
Reactions: Memorabilia

GFWL was such a disaster how could anyone have thought it was a good idea?
Reactions: Memorabilia
M

I can't believe GFWL garbage hadn't been cleaned off the game already. What is this 2005?

GHG said:
No, they will just rid it of GFWL and put it back up for sale again.
Click to expand...
Spot on. Other publishers have done the same in the past. This could be a good thing if it was infected with legacy GFWL junk. As long as Rockstar put it back up on Steam with no cuts in the soundtrack (like they did with San Andreas), this is a positive thing. I'm surprised it's taken them this long.

Decrepit and derided as it is, GFWL has not shut down.

Sadly GTA4 won't be the last we hear of this. Other GFWL games remain for sale on Steam.
Reactions: zombrex
S

GFWL has already been fixed by the community for some time now; You put a fake xlive.dll that returns 0 on any procedure call in the game folder.

wait, so they havent rereleased the game after 12 years?

gta4 was far from being their best effort but cmon Rockstar you have rereleased the ps2 trilogy like 500 times already give some love to Niko and his fucking anniying cousin.

I always preferred the 360 version despite lower resolution really. It displays all effects correctly at least

I'm sure they could have kept it on there and got a rush of adrenaline from taking it off the store, wonderful game and I thought it had one of the great GTA stories.

It was the only GTA game that never goes on sale during a Rockstar sale on Steam.

This story is incomplete, the game also disappeared from Rockstar's own store (as reported by a Dutch website).
Whether it got re-added to the latter I don't know as I didn't re-read the article.

Games for Windows Live client has also partially stopped working.. I purchased 3 prince of Persia games and Stalker and now the purchased/full game downloads tab does not load..
.
You must log in or register to reply here.
Share:
Facebook Twitter Reddit Email Link
Top Bottom