While developer 343 Industries has been rather quiet when it comes to new info regarding Halo Infinite, it seems we now have new info about the game, and it’s thanks to official Halo Infinite toys!

Spotted by ResetEra user “Gundam,” is a now-deleted tweet that showcases two unreleased Halo Infinite toys from MEGA Contstrux that possibly spoils the return of two enemy types that haven’t been seen in the franchise for quite some time. Check out the images below of a Brute and Spartan Gungnir. 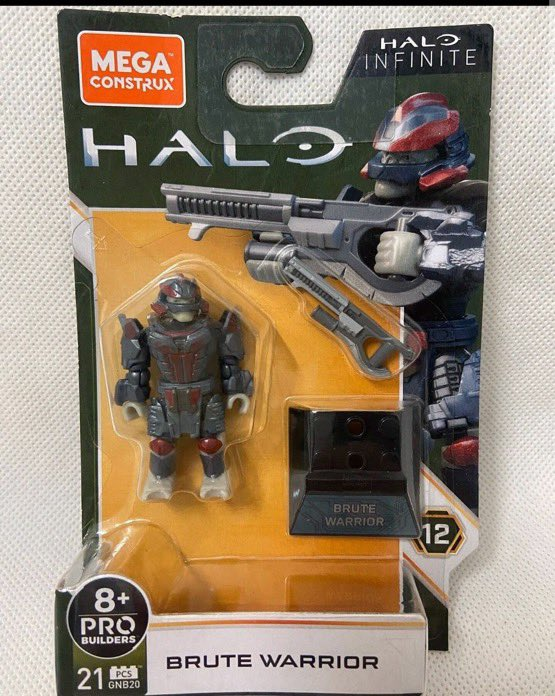 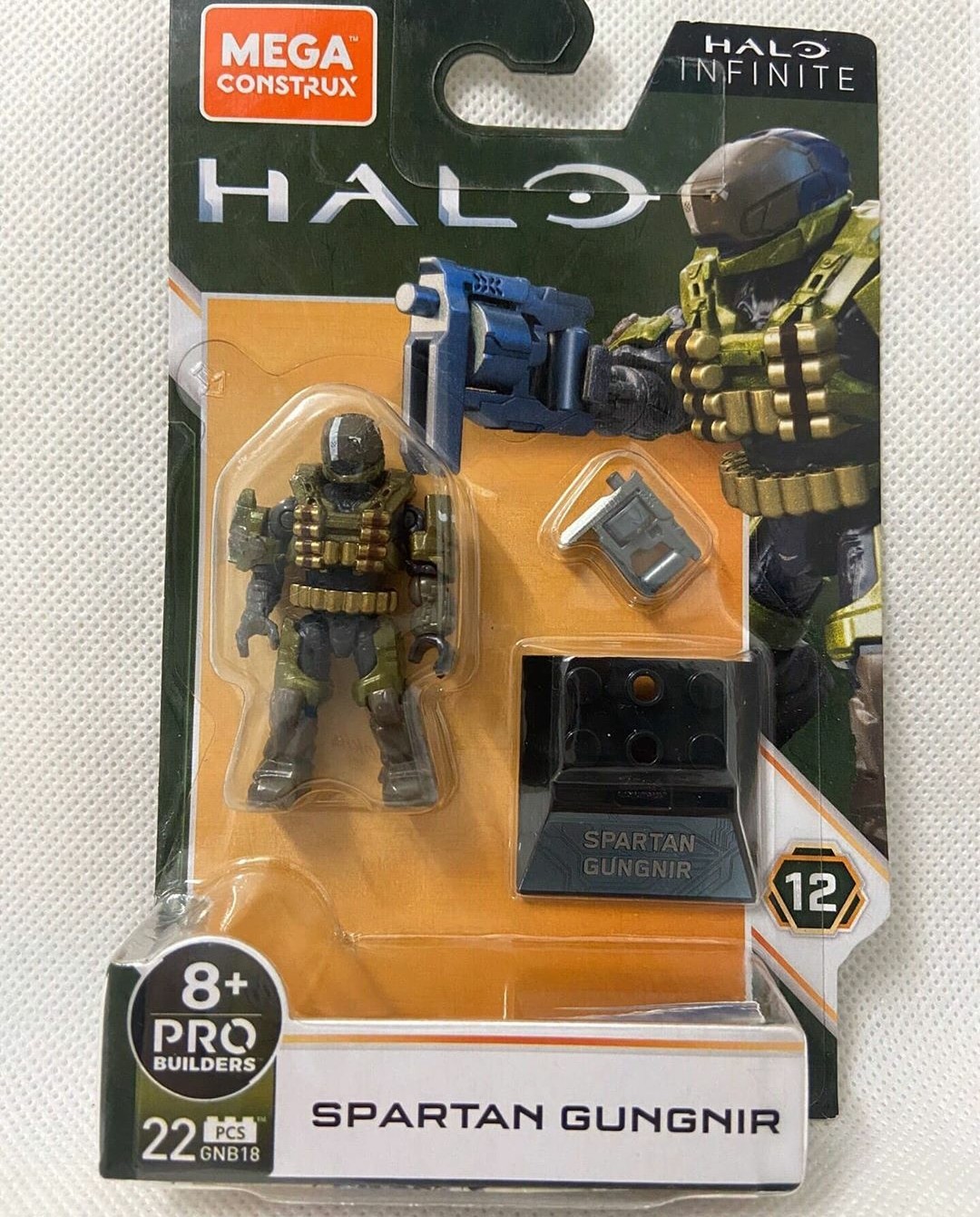 The two enemies are also wielding what seems to be a new type of weapon as well.

Note that this is based off of a toy and not an official announcement, so there is a chance that these two could have been manufactured just for merchandising purposes, though I highly doubt that.

In other Halo news, 343 Industries has talked about developing and supporting Halo amid the COVID-19 pandemic, which you can read about here.

Halo Infinite is set for release sometime this 2020 for the Xbox One, Xbox Series X and PC.

It's crazy how we know more about this game through toys than from the actual developer of the game. Microsoft's mediocre marketing team at work once again.
Reactions: VincentMatts, Darkmakaimura, Hayfield and 5 others

About time they give us more info, maybe they will around E3 time when it was supposed to be shown but they should release something these prior months to keep the hype high.
Last edited: Apr 28, 2020

That shyt is ugly as f$!k. Hopefully this isn’t real.
Reactions: Bryank75

Brutes confirmed?! Nice! Then we just need the flood, and we have classic Halo vibes. Can't wait!
Reactions: Hayfield and D.Final

I bought a normal Master Chief version of this toy for my son and it honestly looks pretty good. Armor all removable, nicely pose-able, etc. These look kinda eh, but I do like that there will be Brutes and also the Brute armor looks a bit samurai-like, which is cool.
Last edited: Apr 28, 2020

Sorne said:
Brutes confirmed?! Nice! Then we just need the flood, and we have classic Halo vibes. Can't wait!
Click to expand...

Imagine needing to be an "8+ Pro Builder" just to attach the feet to a stand. But I guess Halo fans did swallow 343 saying it would be too hard to properly fix the masterchief collection, so I guess it's a safety risk thing.
Last edited: Apr 28, 2020

I find it embarrassing that a franchise supposedly as big as Halo, outsources it's external media to the cheapest bidder. That Master Chief story blu ray/dvd thing was fucking terrible, cheaply produced saturday morning stuff. They cant even pay to get lego on board, rather we get this cheap knock off stuff. It's tawdry and embarrassing for all concerned. Fucking construx. Pay the Lego people, you idiots.

Knowing infinite is more of the same cheap ass external media, and absolutely wont end the story without another fucking cliffhanger, I could not be less interested at this point. What a sorry state of affairs for a formerly legendary (pardon the pun) franchise. It's like thinking your dad died, but then finding him drunk in an alley 3 years later, pissing his pants, throwing up, telling you he loves you still, but offering you a swig of his booze and his wig falling off, and it's really a radical feminist underneath who took over the franchise of being your dad. Or something.

Man I wish LEGO had the Halo license. MB sucks ass in comparison. Hyped as hell for Infinite though and happy to fight brutes again.

With Bonnie Ross running it, the brutes will represent the patriarchy.
Reactions: Lone Wolf

Mega Blocks has been releasing Halo toys for forever now. Most sell.

Is it just me or this quarantine happens to be a clusterfuck of leaks and poor communication?
Reactions: Darkmakaimura

I saw these on reddit a few days ago, between these and the red hunters: a lot of people are assuming the banished is returning. Though honestly i think theyre all just reverting more back to their halo reach iterations

I feel like the digital stream version of E3 Phil has been promoting will either allay our fears and Infinite marketing floodgates will open finally or we go down the rabbit hole of realising Infinite getting pushed back to next year. I can't say I'm not worried when looking at Slipspace engine + 343 track record + Covid19 + Infinite + Series X new platform/hardware. It's one hell of a mouthful and I wonder if it's enough for 343 to deliver in 5 years.

I'm hoping for the best Halo and 343 has to deliver, we'll find out some insight into that soon.

Aww yea bring the brutes back. Hopefully their armor looks cooler in game than it does in that picture though...
W

Why would MS let a toy be the first impression? Remember when Bungie.net used to do updates all the time and show stuff like wireframes and little pieces of development, slowly building the hype for a Halo game?

Wow wow, now the fan boys can play with the toy instead of playing with themselves while they wait for Halo Infinite.
Reactions: CitizenX3639

angelic said:
It's like thinking your dad died, but then finding him drunk in an alley 3 years later, pissing his pants, throwing up, telling you he loves you still, but offering you a swig of his booze and his wig falling off, and it's really a radical feminist underneath who took over the franchise of being your dad.
Click to expand...

Max_Po said:
Wow wow, now the fan boys can play with the toy instead of playing with themselves while they wait for Halo Infinite.
Click to expand...

Shocker, who would have guessed...the same.

Agreed, further I've never been a fan of pretty much any of the MegaBloks + Halo stuff. Like ever.

The in-game models for those guns look like toys, so the shoe fits.

Those are the in game models.
Reactions: McCheese and GymWolf

Cert.in.Death said:
The in-game models for those guns look like toys, so the shoe fits.
Click to expand...

The toy models give the in-game models a literal run for there money in that you have to pay for both.

At least someone can deliver a product on time.
Last edited: Nov 18, 2020
Reactions: GymWolf and BlvckFox

Was hoping to get Flood confirmation
A 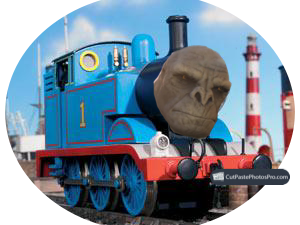 Reactions: Havoc2049 and IbizaPocholo
You must log in or register to reply here.

Mar 25, 2021 started Bullet Club
Yesterday at 11:03 PM
kingpotato
2
Are you more excited for God of War: Ragnarök or Halo Infinite? Which game do you think will be bigger upon release next year?