From Tango Gameworks, makers of The Evil Within comes...something COMPLETELY DIFFERENT! Hi-Fi RUSH is an all-new action game where everything you do syncs to the beat! Available TODAY on Xbox Series X|S via Xbox Game Pass & PC!
Click to expand...

Open up the mosh pit for Hi-Fi Rush, a unique rhythm-action experience where the world moves to the beat, out TODAY on Xbox Series X|S, and PC via the Microsoft Store, Steam, and Epic Games Store. Hi-Fi Rush is also available to all Xbox Game Pass and PC Game Pass members!

As wannabe rockstar Chai, you’ll fight back against a sinister robotics enhancement conglomerate using rhythm-amplified combat where everything – from the motion in the environment to the blows of combat – is synced to the music. Raise your guitar high and feel the beat in this utterly all-new title from Tango Gameworks, the team behind The Evil Within® and Ghostwire®: Tokyo. (We were surprised, too!)

Chai Versus the World

After a diabolical corporation mistakenly fuses a music player to Chai’s heart, he is quickly labeled a ‘defect,’ with hordes of corporate drones (read: an actual robot horde) hellbent on recalling him! Now armed with the power to feel the beat of the world around him, it’s up to Chai to battle through each department of the robotic monolith to stop their evil schemes with his new, rhythmically enhanced combat skills!

Everything in Hi-Fi Rush automatically syncs to the music, from swinging your trusty “axe” to dodging out of the way of an oversized metallic fist. The game isn’t locked to the music track, however – Hi-Fi Rush is rhythm-action with the emphasis on “action.” Players must feel the rhythm to enhance Chai’s actions, pulling off heavy Beat Hits at the end of a combo like a cymbal crash, or syncing up with one of his allies for a devastating tag-team finisher. In Hi-Fi Rush, every battle is an opportunity to play out your own music video fantasy, seamlessly coordinating all your moves with the soundtrack.

The maladjusted megacorp after Chai would sooner swallow nails than let a single supposed defect ruin their bottom line. With the help of some newfound allies, however, Chai may just have what it takes to rumble his way up the corporate ladder, with each department culminating in a cinematic face-off with its boss – complete with their own musical track!

Speaking of music, Hi-Fi Rush features a killer mixtape of both licensed and original songs to tap your toes (or if you prefer, bang your head) to, each synced to their own levels in the game. Worried about playing licensed music during a stream? Fret not: Hi-Fi Rush includes a streamer-friendly alternate audio mode which replaces those licensed songs with original tracks made especially for streaming Hi-Fi Rush.

Amp It Up With The Hi-Fi Rush Deluxe Edition

Wanna crank things to 11? Get yourself some bonus swag with the Hi-Fi Rush Deluxe Upgrade Pack! Mix up your look with some special cosmetics, plus Gears for a head start on unlocking skills & upgrades.

In addition to the base Hi-Fi Rush game, the Deluxe Edition also includes:

Looks cool, we should celebrate when devs try new things.

Tengo is one of those studios that might not be a commercial powerhouse but usually brings good stuff a little off-center.

The frame rate of the cutscenes was real bad

It's gorgeous. Finally a game that does cel shading right.

Nice jab at forspoken too lol

Metal Hellsinger didn't click with me but I'll happily try this.

Can't wait to try this later on

Looks gorgeous with its cel shading.

I hope it gets a retail release later on too
A

wow downloading it after the show

This looks great! It feels like an early original Xbox Sega game.

So disappointed. I fell in love with Tangos work because of The Evil Within and Ghostwire Tokyo, not colorful rythm games with awful esthetic. It's cool that they are trying something else, you need to switch it up sometime and just do something else once in a while, but I hope Tango and Shinji Mikami returns to the horror genre soon.

"Yep that's me. I bet you're wondering how I got here"

Ya ill try this. The cel shading looks great.

This looks awesome Finally!! Lets get some more X Box Exclusives! My ps5 has been seeing way more activity.

Mr Hyde said:
So disappointed. I fell in love with Tangos work because of The Evil Within and Ghostwire Tokyo, not colorful rythm games with awful esthetic. It's cool that they are trying something else, you need to switch it up sometime and just do something else once in a while, but I hope Tango and Shinji Mikami returns to the horror genre soon.
Click to expand...

You do know they will continue to make horror games too right?

Tokyo Ghostwire will come to Xbox in March, and I'm sure they will make another in the future.

Is allowing a smaller passion project such a bad thing? I personally think it looks great.

From the leaks I was expecting something with a smaller budget like Pentinent, but this looks very fresh with above average production value for a AA game. Definitely downloading once I get home.
R 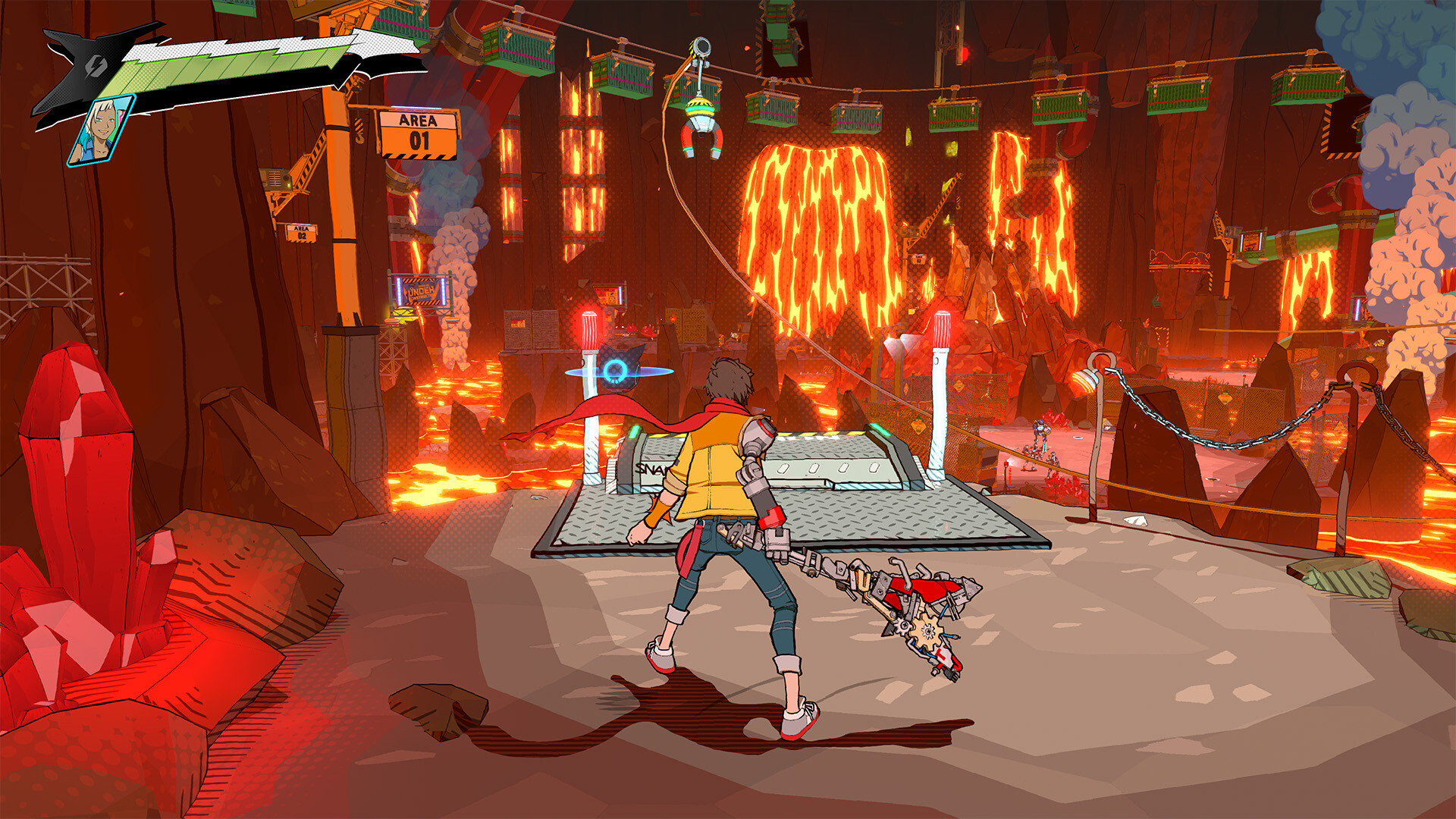 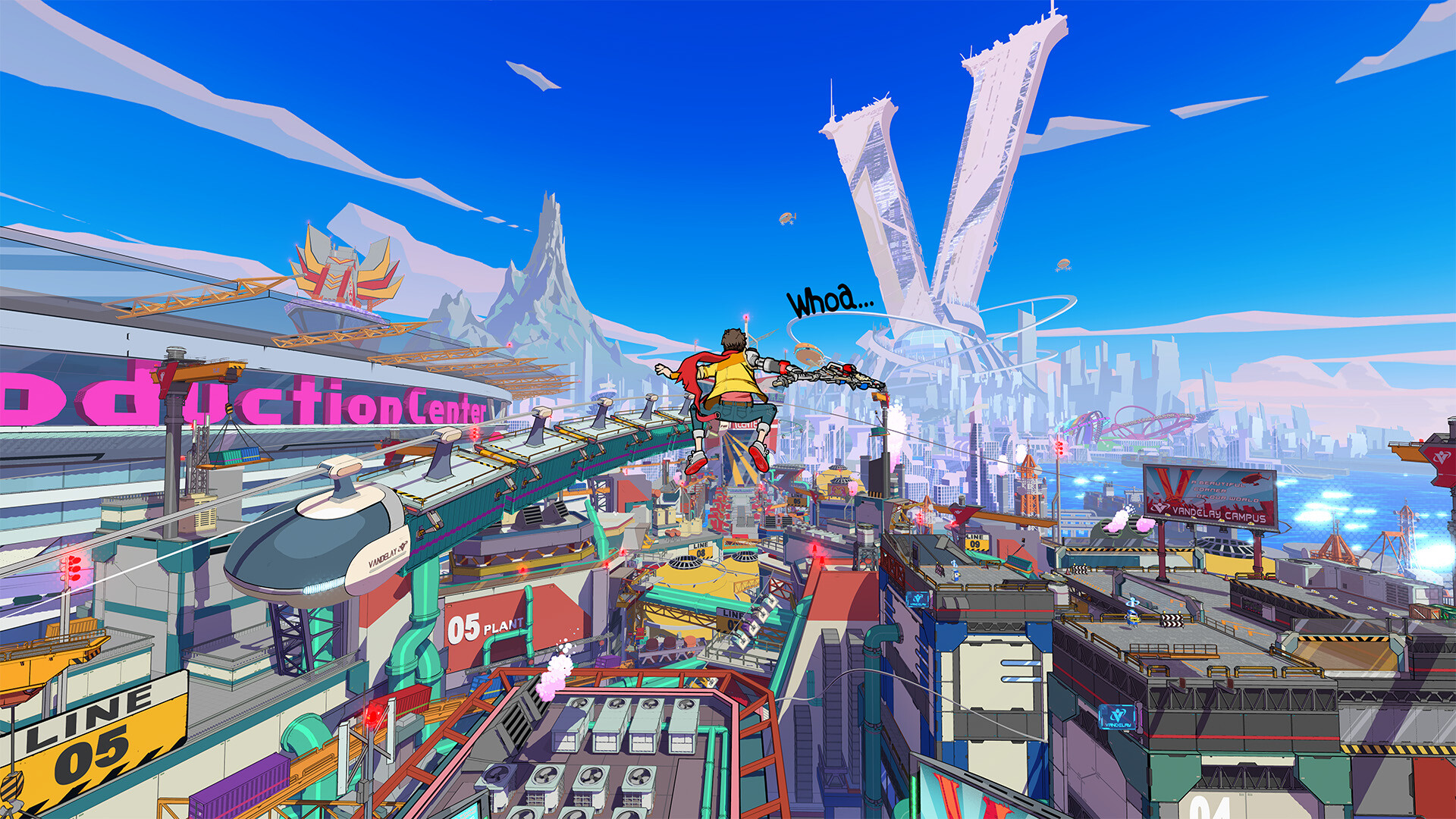 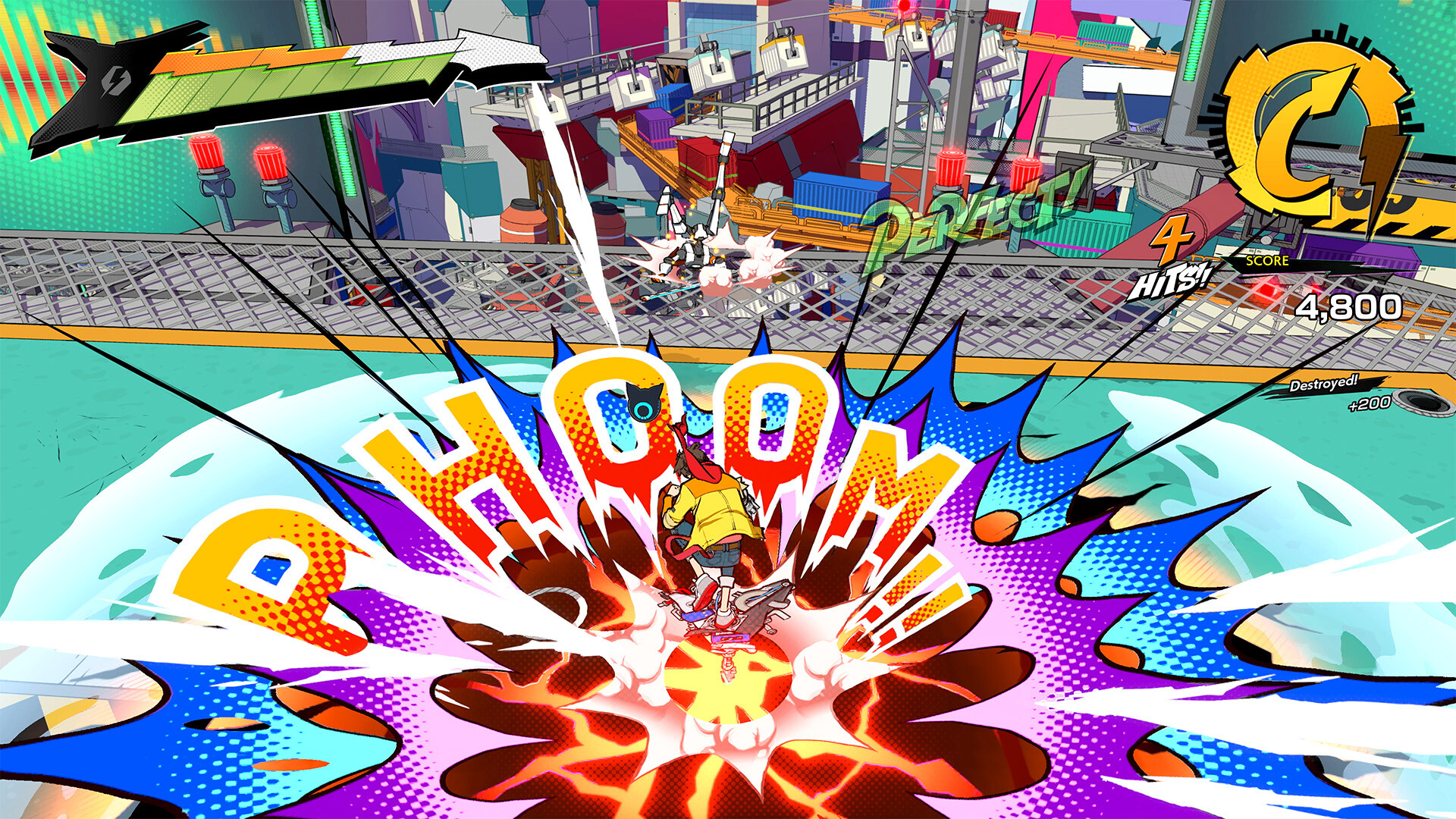 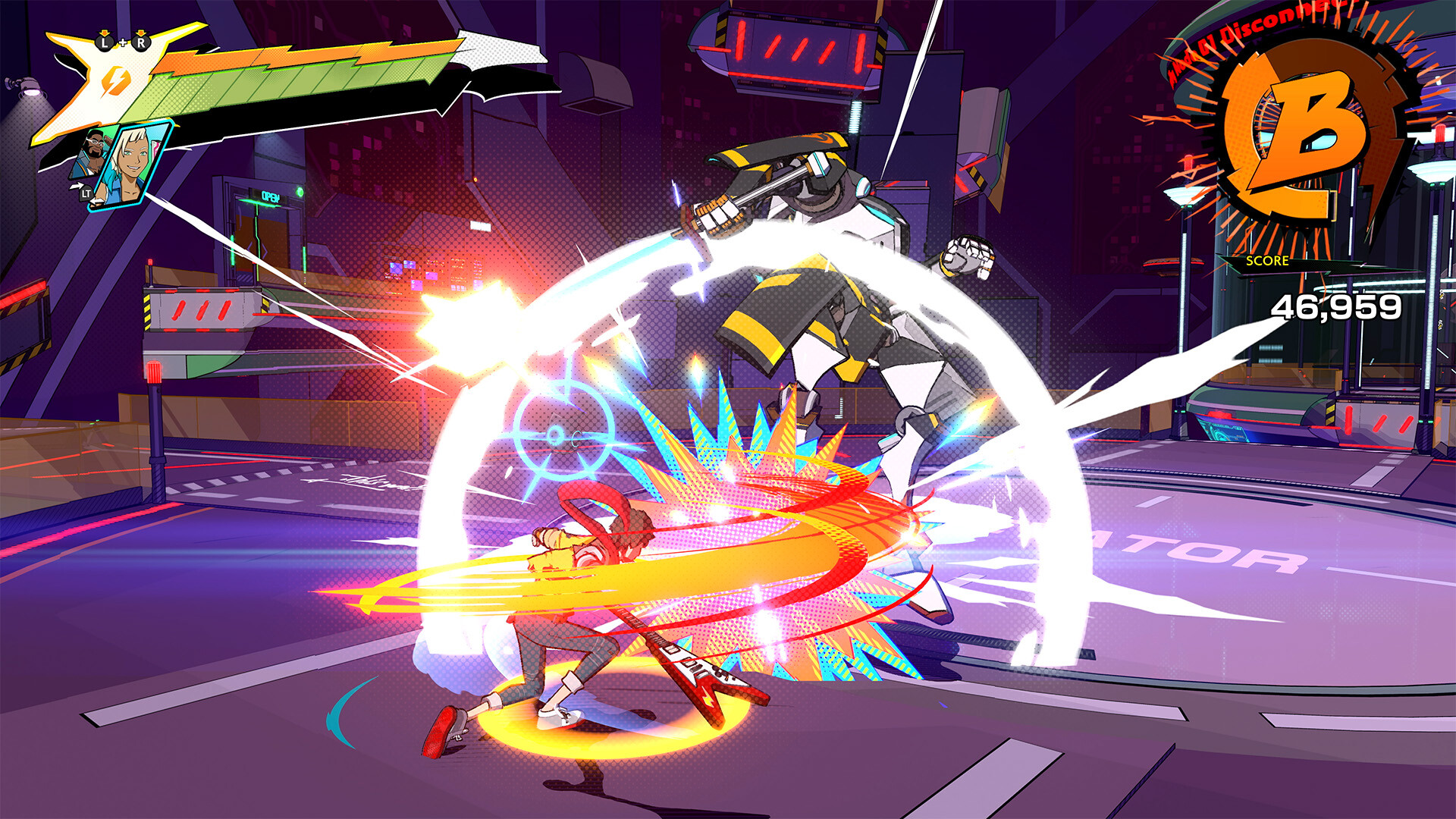 The gameplay doesn't look too interesting for me. But WOW at those cell-shaded visuals. Absolutely top-notch.

Love this art style and wish more devs other than these guys and Arc System Works invested in top-tier cell-shaded animation tech.

Alright.. i know what I will be playing this week.

god damn, that looked like a cartoon movie. I am in ^_^

Pumped to try it! Love the stealth drop

Tengo is one of those studios that might not be a commercial powerhouse but usually brings good stuff a little off-center.
Click to expand...

And that's exactly what mikami has been signalling for a while, tango is gonna work on smaller games to let junior staff members have a crack at directing. They're the one studio, for me, that stings with not being on PS moving forward.

The aesthetics are fucking amazing. I hope the gameplay holds up. Looks really fun.

Best cell shaded game I've seen, it is crazy to me that it was announced and then dropped right away.

I think they have some Seinfeld fans, Vandelay.

Going to try and play this tonight, I love the look of it.

What time is it available?
R

One of the most amazing looking fucking videogames I've ever laid eyes upon. God damn!! I'm not answering any fucking work calls.

Gonna be playing this tonight. I got the house to myself for the next 2 days! This was a surprise.

Can someone tag me when this goes up for download, just had a search and I don't see it yet

Ezekiel_ said:
"Yep that's me. I bet you're wondering how I got here"

Games made for generation tick tok.

This has to be a mistake. Xbox doesn’t have games.

Great start to the year MS and a nice surprise.

Steam page is up, still no price though.

I hope it runs well on the Deck

I'm afraid it's very short and that's why it just comes out of nowhere, but this is sooo much my game. I need another Sunset Overdrive in my life. 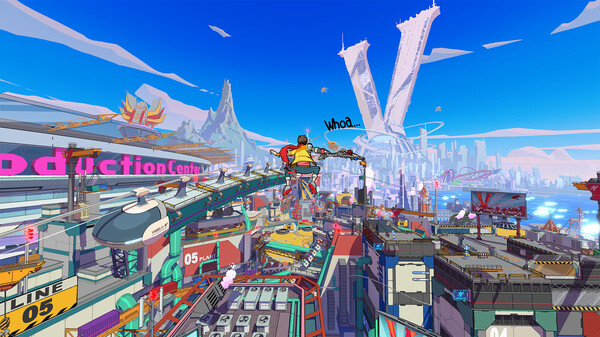 Spyxos said:
I'm afraid it's very short and that's why it just comes out of nowhere, but this is sooo much my game. I need another Sunset Overdrive in my life.
Click to expand...

probably a 2 max 3 hour game
A

Wow what a gorgeous surprise and a complete departure from The Evil Within.

Goes to show you what "type cast" developers are capable of when allowed to flex there creative muscles.

Why are so many games having such shitty cheesy self referential writing/dialogue at the moment.

This does it, forspoken does it, red fall does it. It’s like there’s no competent writers. Maybe I’m just old and everything is being made to appeal to zoomers and zoomers just have terrible tastes…or companies think this is what zoomers want and like, so they are writing the same trash cringe over and over in a misguided attempt to appeal to them, but they hate it too

Oh shit, launches today? Well that's a nice surprise. Looks cool. I could never get my head around metal hellsinger so hopefully this works better than that.

Big time. Both in good ways and in the "funny in tone but never actually makes you laugh" way.

forspoken level dialogue
You must log in or register to reply here.