How games are ported to weaker hardware (Witcher 3 - eurogamer/DF)


Gives a good insight into how one of the most beautiful games this generation was able to be run on the Switch after some downscaling. Puts into perspective the arguments flying round. Figured I'd create a new thread because then at least it's in one place. The bigger benefits next gen will be design for developers, but will still be felt by the players.

[..] Also, we give access to the pool of people who created the game in the first place. We know all the in-depth stuff of how the game was created, what the challenges are, and how to overcome them.
Click to expand...

Digital Foundry: How long did this take to develop?
Piotr Chrzanowski: Over a year now. Well it depends on whether you want to add the business stuff, but then I would say it's around 12 months at this point.
Click to expand...

Digital Foundry: How did the first attempts at getting Witcher 3 running Switch pan out?
Piotr Chrzanowski: We had the project set up in a very clear [direction]. We wanted to achieve each stage that was planned - what was aimed at. Of course one of the first things was to make sure that engine would actually run on the Switch. I would say the other big milestone was to have a piece of the game actually playable. So we went with Kaer Mohren with the prologue, because it was a self-contained world that has all the systems, including combat etc. We looked through that, we saw how we needed to shape the next stages of the project. And then we could expand to the White Orchard, and then to the rest of the world.

Of course, along that path, we've worked on specific optimisations. We've definitely worked a lot on memory optimisation. We have much less memory available on the Switch [compared to the other consoles]. So making sure that the game works stable and within those boundaries, that took a while. Some things we've added a bit later, like the AO [ambient occlusion] which wasn't there I would say in the earlier builds.
Click to expand...

Digital Foundry: Did you have to create any new assets for the Switch version to work?
Piotr Chrzanowski: Well we haven't had to create any new assets from scratch, but we took the ones that were existing and we compressed them a bit. We had to keep within the memory budget - that was one of the things. The same with the cutscenes we wanted to fit it on the cartridge - we wanted to go for a 720p resolution everywhere, so we also changed those.

There are several things that we looked at to try to make sure we get the maximum out of the hardware. The same amount of time we focused in the right places. If you look at the audio system, normally you'd have five threads from the consoles, while the game has a separate thread just for audio. And so we need to try [to integrate] it with other activities as well. So that was a challenge in itself - to make sure it works fast enough and works well.
Click to expand...

Digital Foundry: Is the geometry pretty much the same as PS4 and Xbox One?
Piotr Chrzanowski: Geometry is the same. I think we dropped the LOD 0s in the cutscenes in most places, because of the memory constraints again. In some of those at least, we had to balance where it made sense and doesn't make sense. But overall, yeah, basically, we changed most textures but models, we haven't changed much. There were some slight adjustments in some cases, but nothing [much] I would say. If you compare frame-by-frame, you won't see much of a difference besides things that are obvious, like foliage density.
Click to expand...

Digital Foundry: How did you fit the game onto a 32GB cartridge size? What were the main parts that needed optimising?
Piotr Chrzanowski: I think on the audio. We did a lot to make sure that this doesn't take too much space, but mostly [that's for] memory consumption. Cutscenes, textures - mainly those things.

We had a set of optimisations planned basically for GPU, CPU and memory consumption, to make sure it would fit in the 3.5GB [available RAM]. So all three areas we'd been optimising simultaneously, and there were areas where we had to push to some level, and then switch to another one - pushing that little bit more. And then we can switch back to the one that was blocking us. So the work was going basically on those three areas simultaneously. I think we started with GPU first, and then we moved to the CPU side, and then the memory, and then a few iterations on those.
Click to expand...

Digital Foundry: What are your thoughts on using dynamic resolution on Switch? Was this something you immediately thought you had to have?
Piotr Chrzanowski: As we iterated through the process we know what we wanted to do. Things like dynamic resolution, we always know there are some places [where] it would be good to have that.
Click to expand...

Digital Foundry: Is there one area in the game which gave you the biggest challenge in optimisation?
Piotr Chrzanowski: I don't think there's one specific spot. I know there are places and areas and cutscenes that have something specific - there are attacks in the game [too]. But having experience from the actual Witcher 3 implementation on PS4, this is not very much different because you still are still taxing the GPU, CPU in a very similar way, you just have a different limit to work with. So the swamp area [Crookback Bog], was of course [one] - very clear we wanted to take a look to make sure this one works well. Novigrad Market is of course a heavy place. This is normal for every one who plays the game, and sees this is as one of the taxing parts.
Click to expand...

Digital Foundry: What part of the game are you most proud of?
Piotr Chrzanowski: It's the same experience. You play it, you feel the same way, you have all the systems, so you don't feel that anything is cut - and it's fluid gameplay. If you ask about one specific area, I love Novigrad market. You know we have the same amount of NPCs that we have on PS4. We kind of limited draw distance on those, in some specific cases, but yeah it's the same amount I would say as we had on that platform.
Click to expand...

A scene from an Xbox One S version of a "next-gen" game:-

NPC: "Well that settles it... is there anything else you need before you leave?"
PC: "Yes, I'm looking for Tony Jones, have you seen him around here?"
NPC: "Don't you see him down there? *points at market square down the hill* He's waiting for you in that market square filled with 50 people"
PC: *looks down the hill and sees four NPCs t-posing in a terribly rendered market square, while a dog rotates round on top of basket of mangoes near them.*

It's going to be interesting if developers will go the upscale or the downscale route when developing cross-gen games. I'm personally more impressed with down ports on my Switch, but I feel like I've heard a lot of people say they think down ports are ugly (at least on this forum, though never in real life). If the majority thinks that's a problem, it's going to be a problem for PS5 and XSX cross-gen games too. We don't want those new machines to be upscale machines. Let those machines have the originals and the PS4 and XB1 have proper down ports.

Jibberish. I know how it's really done. 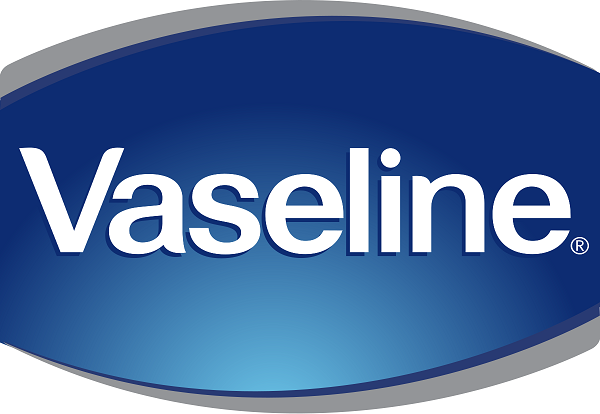 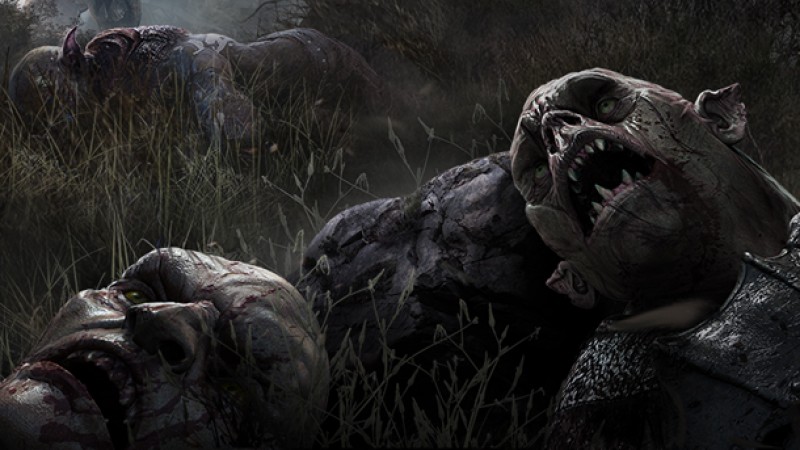 As expected at this juncture, the new-gen versions of cross-generational games are starting to tout features that the older hardware just can't handle.

list goes on and on the switch is hands down the most crazy handheld ever,
and there is NOTHING that comes close to it,
(gpd win is a fucking joke so don't name that idiotic thing)

Ask the guy that ported Witcher 3 for Nintendo DS. 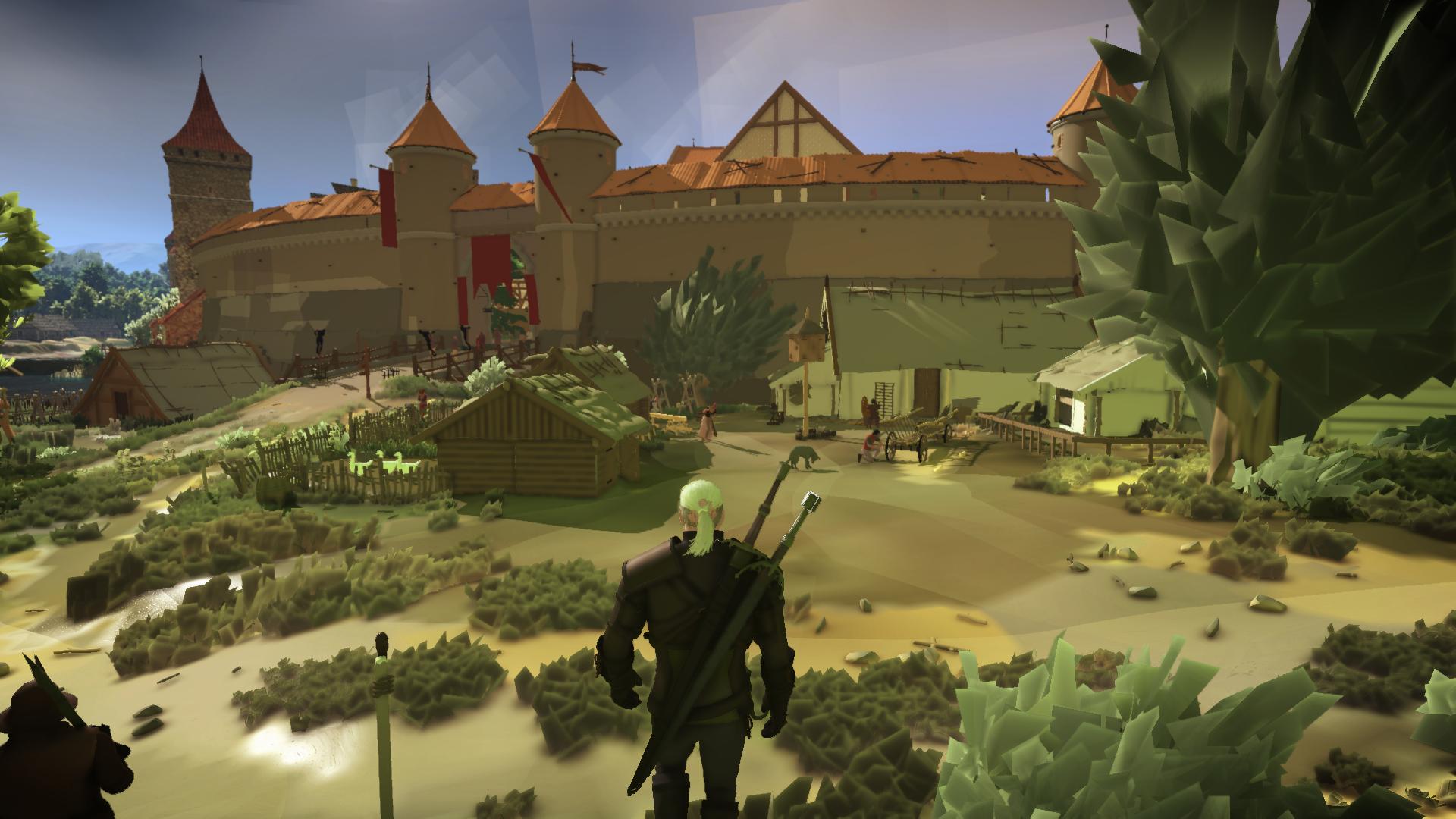 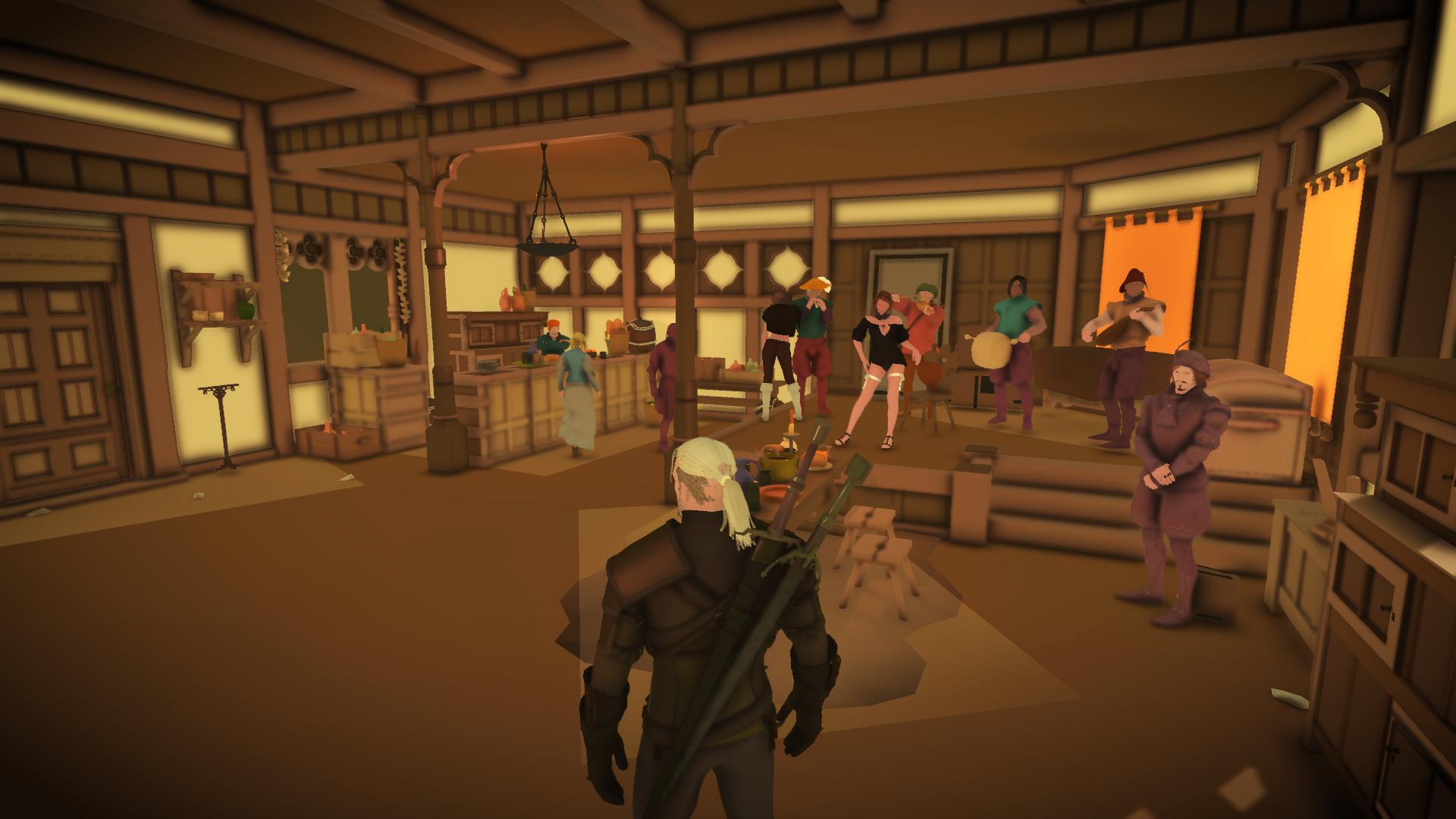 list goes on and on the switch is hands down the most crazy handheld ever,
and there is NOTHING that comes close to it,
(gpd win is a fucking joke so don't name that idiotic thing)
Click to expand...

list goes on and on the switch is hands down the most crazy handheld ever,
and there is NOTHING that comes close to it,
(gpd win is a fucking joke so don't name that idiotic thing)
Click to expand...

Should probably thank the devs for the work they put into it. Not the NVIDIA hardware.
Last edited: Jun 29, 2020
L

Nice, some people will learn a thing or two about scalability!

the port is so good
Reactions: TurboSpeed

Developers did downgrade since ever. It's not just a matter of PC to console or whatever.

Just take Doom for example. The original source was running on a machine that costed US$10.000 at the time

deriks said:
Developers did downgrade since ever. It's not just a matter of PC to console or whatever.

Just take Doom for example. The original source was running on a machine that costed US$10.000 at the time
Click to expand...

Yeah
Reactions: Spukc
You must log in or register to reply here.

Opinion Game Dev Outriders Won’t Have PS4 and Xbox One Issues Like Cyberpunk 2077 Did, People Can Fly Says