Opinion Cringe How lame/cool do these SpaceX uniforms look to you?

As another thread has announced, SpaceX is making with the spaceflight and the publicity and the blaaiben. That's awesome, it's like just happened and it is a legit achievement.

"we all know that the International Space Station is in actual fact a drizzly scottish moor " - Abraham Lincoln, 2025)
Click to expand...

And anyway I've been struck by images posted online of the SpaceX Crew and their digs:
(these are 'snips' of images on some website) 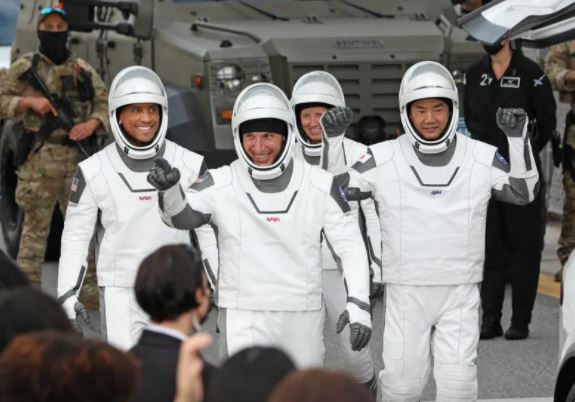 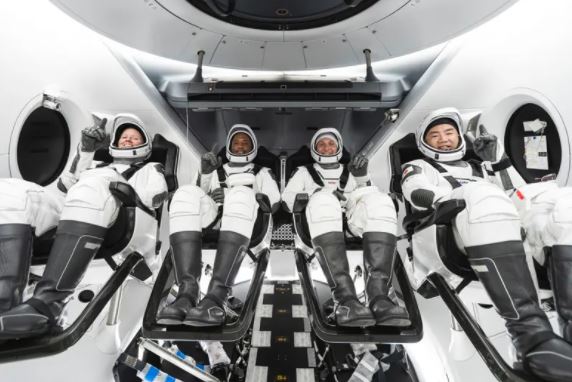 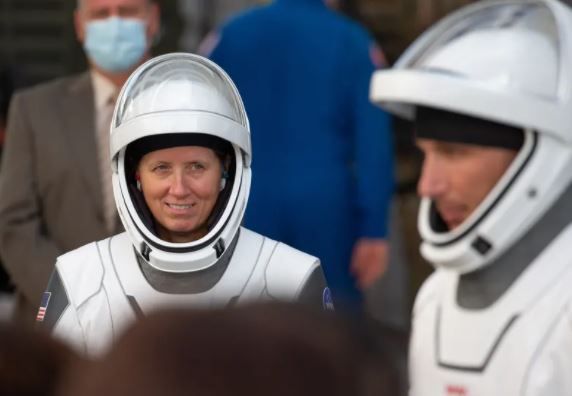 Now then now then what's all this then? What is going on up in here?

What do you think of these, the latest installment in the space suits fashion kaleidoscope?

What the crapdazzle. These uniforms are awful, imo.

>They look like a cross between a cheap Halloween attempt at a space costume and a padded diaper.
>They look like a white version of the Darth Vader suit caught typhus as a child in the 1800s and didn't quite grow up to be all they could be.
>They couldn't even afford the chocolate layer of the Kinder Surprise egg for a helmet - only the vanilla innertube.
>I will give them a free pass on the insanely white teeth of at least 3 of the 4 crew members. Funny they've got Ben Stiller from Meet the Parents leading them out, too bad dude on the right missed out on the 'how to look pumped' image training day - where the pearly whites at, brah?
>I particularly like the black rubber boots, because we all know that the International Space Station is in actual fact a drizzly scottish moor, and I'm trying to ignore how much the helmets look like they were designed by Dyson, tucked away in Singapore or wherever it is he moved his HQ to~ Those helmets seal with no loss of SUCKING oh boy oh zing.
>These uniforms look like what a B-movie costume department would come up with, which would leave us all wishing that someone with a bit more talent had put at least a few valves and bellpulls and switches and whatnot on those chestplates.
>There is a vision for a spacefaring future, but it is not this. These uniforms have been designed by comittee in order to appeal - as far as I can tell - to people who are unable to differentiate between TV shows/games and the requirements of real life. "We're going for Mass Effect but less provocative", they said... Oi vey~ 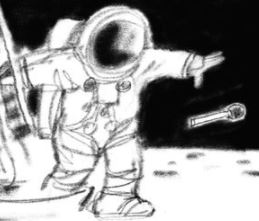 I think you underestimate the design challenges of a basic flight suit, one for the masses even. From my understanding it's not an EVA design like the dude flossing, which is fake BTW and way less bulky/rigid than the real old school suits.
Reactions: Thaedolus and Tschumi

Fun fact my Mom actually worked for a company that put parts of the suits together.

Not these suits
Last edited: Nov 16, 2020
Reactions: Tesseract and Tschumi

*head falls off* jee whizz thanks for clearing that up

Looks like they are from a show created in the 50s or 60s that runs on PBS.
Reactions: Tschumi and nkarafo

From a purely aesthetic point of view I think they're pretty lame.
I'm sure the people wearing them will appreciate the suits being lighter and less bulky with a slimmer helmet though.

What looks a bit weird is, that they are a lot more stiff than what they look like. Which results in the astronauts walking and moving around a lot more restricted than what you would expect from their dynamic look.
Reactions: Tschumi 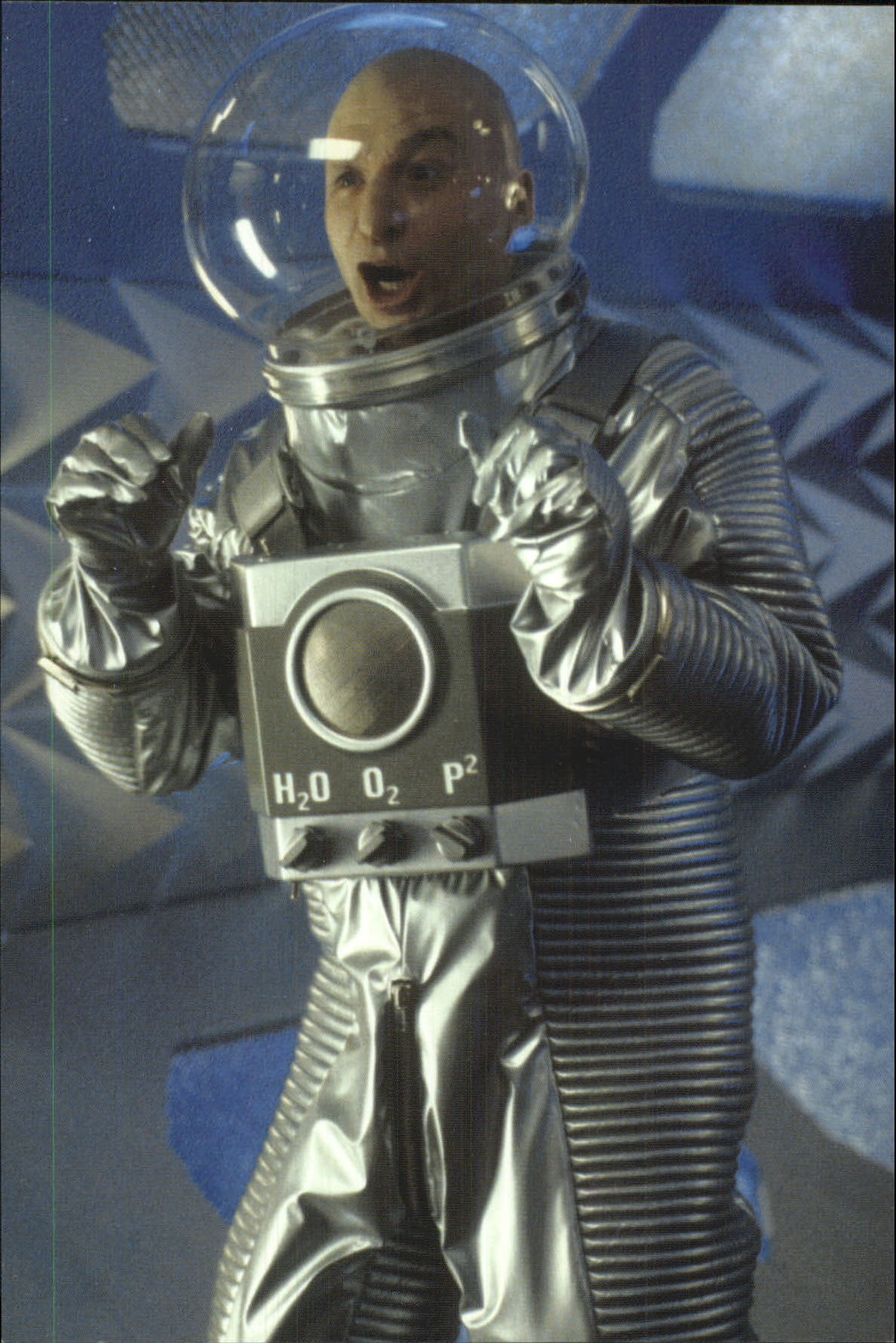 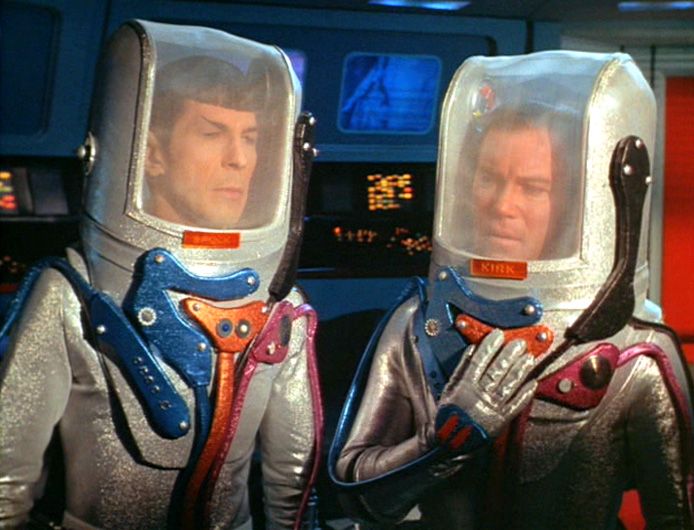 I think I saw the concept art for these or some official reveal few months back. They looked pretty sleek in them. I thought they'd have a jumper suit, not a separate top and pants. Would've looked better if it was a jumper suit.
Reactions: Tschumi

They're fine. Fashion is for women anyway.

Eventually there won't even be suits required for this so who cares.
Reactions: CalmYe
You must log in or register to reply here.

io9: How Dan Abnett and Andy Lanning Revived the Guardians of the Galaxy