How would you change or improve your favorite game?

My all-time favorite game is still Castlevania: Symphony of the Night (and likely always will be), I've played every version inside and out, and after a week or so of revisiting it last month I realized there's many things it never had that I always wanted, or know that I want now. As much as I love the game, it could be better. 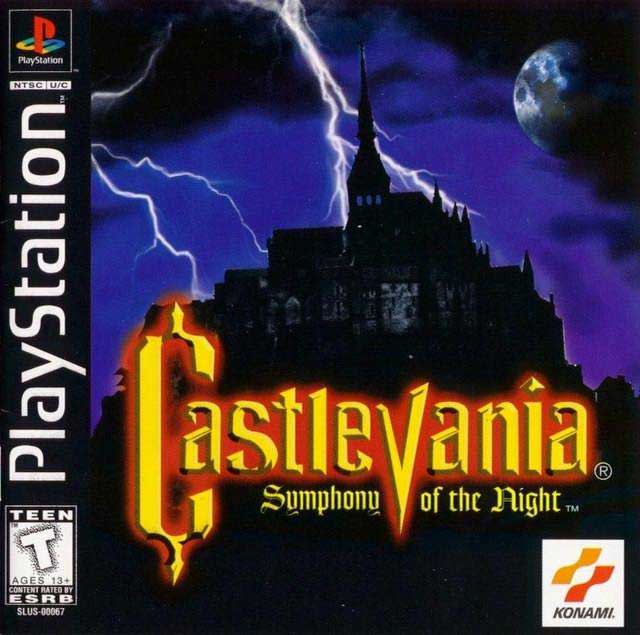 We can go ahead and get 16:9 out of the way, the redraw and spatial filler would be nice, but difficult... color scheme wise, I'm not sure if I would like it HD-ified, but I certainly don't want it washed out and muddied like the PSP version.

Voice-acting... I want the original voice acting and dialogue still, just re-engineered and re-mastered. Play both versions back to back showed me there's things I like about both, but Alucard on PS1 is so distinct... ethereal and authoritative... and that's the lynchpin.

Now to the meat of the actual gameplay:

Luck mode is nice... but what's really needed is just straight up difficulty selection, and a mode like that shouldn't be an unlockable or a secret. I'm thinking Diablo and Dragon's Crown here.

On top of that we need New Game Plus and a level cap of 999, scaling difficulty... so that all your looting and adventuring can be cumulatively rewarding and perpetual, without save files simply getting abandoned and repeated simply for the experience. I feel like this would help to make it so that breezing through the latter half of the game by quickly acquiring the Crissagraim and a couple Rings of Varda, wouldn't be an alluring thing to do that makes the game totally mindless. In NG+1, with enemy levels bumped up by whatever your finishing level was... you can put something like that Crissagrim to work and just enjoy it for it's feel and fluid playstyle.

Weapon strength rebalancing so that more of the interesting weapons, such as Runesword, Heaven Sword x2, Sword of Dawn, Fist of Tulkas etc can be as viable a strategy as the Crissagrim. Perhaps even stronger versions, or weapon/armor enhancement ala Dark Souls, that can let you continue to improve your favorite gear in the same way the Murasame can be painstakingly powered up to 999 by blood heal... essentially being able to eventually use what you like rather than what's objectively best. Something that's deep, addictive, and able to be pursued indefinitely like perfect Damascus crafting in Vagrant Story.

Armor that works exclusively for two-handed swords, so that you can offset the loss of defense by lacking a shield. That, and the completion percentage of each map on each game playthrough carrying over, so that you can continue to power up the Walk Armor to 999 without relying on the Sword Brothers/Wolf save glitch.

Playable Ferryman. I want to hobble along, cackling, and hitting monsters with an oar.

Duplicator, once purchased (or perhaps earned in another fasion), should be an option to toggle in the status screen, and not something that has to occupy an accessory slot.

It would be very handy to being able to set up a few equipment and weapon sets to cycle through (with the spare shoulder button that isn't used for transformations), without having to enter the menu everytime (think Spike Breaker armor moments, and forgetting to switch back... it happens).

Familiars should be switched between in their own section in the status menu, where you view their stats, not mixed in with relics.

Also, it's not fair that you can only have a more pure and challenging, skill-based Castlevania experience with Alucard, the way you can with Richter (and Maria on Saturn/PSP)... it's always fun to bypass Death in the beginning and keep your Alucard gear on the "harder" luck mode, because Alucard feels the way Alucard should... quick, deadly, flashy. However, you essentially break the game down to a mindless slog in order to enjoy this completionist possibility. If could just have "Alucard Mode" where you never level up, never get more HP/MP (only enough to do spells or properly utilize forms like gas-mist)... and continue to New Game+ in that "hardcore mode", that would be great.

Speaking of Hardcore Mode... perma-death roguelite mode would be a nice indulgence to have as well.

There's Axe Armor... which you can get either from entering that as your name, as rare, undocumented drop from the lone spike ball at the top of the chapel stairs, or once from gravity jumping the librarian enough times. Having armor and equipment sets that let you play as any number of the more humanoid-like enemies in the game would be amazing. Hell, if you could just be a free-flying medusa/ghost head for fun, it would be lulz. I believe this would add soooo much to the games play value and variety.

Let me sell all my junk weapons, equipment, and consumables that are easy to get 99 of without even trying. Selling gems seems nice, but when a Sword Brothers glitch and exploit becomes standard operating procedure... the economy is annoying, limited and encourages circumvention.

I want to be able to outfit, augment, command and personalize them as well, especially as difficult progresses in an ongoing NG+ type of progression. Picture issuing commands like defend, attack, berserk ala the Skeleton Warrior in Guardian Heroes. For familiars like the fairy, who automatically use healing items, even just being able to toggle her auto-use would be nice. Taming any enemy for use as a familiar would be absolutely amazing... imagine being able to swap out the Sword familiar with any sword in your invetory, to be represented on screen and behave differently or provide different effects.

All the enemies in the game drop no more than 2 items, but if they could all drop 3, a whole slew of 3rd tier equipment loot pertaining to familiars could be added to the game.

The inverted castle, while an amazing idea that flabbergasted all of us back in the day, and still provides a lot of fun... has it's minor shortcomings that make it a repetitive slog to some, and even to me sometimes, when I've been playing the game too much.

More areas need to be a bit more distinct from their non-inverted counterpart, the way the Rainbow Cemetery is. In Rainbow Cemetary, things are a little more decayed, and hell has "frozen over"... it's a small change, and even more could be done there as well, but I'd like to see that applied everywhere, rather than just the purple haze and music change.

I really think the water should drop, and not be suspended in air, as well. It should drop to the new floor, where gravity wants it, and in cases like the merman room... that water would trickle all the way into the lower passage area that was previously accessible only by gravity jump or flight. For map completionists, the upside down some of the water areas are the worst, since you have to gravity jump into the high point of whichever square you're in, then transform into the wolf to register the square on the map. Fixing that would be reason enough.

I love the part in the game where you can sit in the confessional booth and relay a ghostly confession for a small item reward. I also love when the fairy familiar comes to sit on your shoulder. Pressing up to sit in chairs should at least give you a moment of reprise that regenerates HP, hearts etc. Perhaps if some of the sporadically placed table arrangements could give you different minigames... playing chess with Death is a great saying, and would really fit. Things that fit, like tarot card readings etc

I'd like to ask for randomization, the way something like CHASM is doing right now... but that might take the identity out of the game too much.

Anyway... that's my tl;dr of things that will never happen, and a man can dream, right? How would you improve your favorite game? Take it off the pedestal and see what you can come up with.
You must log in or register to reply here.

Season Pass progression in video games are so stupid...