Yep, PS4 is better, I prefer the look and speed of PS5 UI though. I can’t believe they launched without folders lol.

Also I wish it had Xbox quick resume. The quick starts on PS5 arent that, sometimes you have to go through all the studio logos and shit till the start screen. Totally half arsed by Playstation especially since Cerny made a big deal out of it and the silly cards

In the grand rankings of console Os's it's still pretty good. But it does have some annoyances which could be easily corrected.
A

Ok, we all know that XMB is goat. But how do we make Sony change it? It needs to be our major quest.

Over 1.5 years in with it I do have to say I still stumble over the UI sometimes and thought the PS4 one was more intuitive in a lot of places.

It's also not as kick you in the pants fast as I expected from a Zen 2 system with lots of RAM and a fast SSD, it's surely faster than the last gen by a fair deal, but there's still a lot of loading, and I think this is because it relies so heavily on webviews, the hardware is certainly powerful enough to make a UI as snappy as say any iPad in the last several years.

My biggest issue is that you need more clicks, menus and steps to do basic stuff than ever before.
One of the reasons why no one uses half of their new features like those cards, video tutorials etc is because you forget they even exist.

Even all those settings menus feel deorganized. Also it bothers me how the PS5 has a browser but they pretend it doesn't have one.

Honestly, PS3 OS is still the GOAT to me. 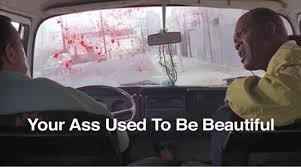 Midn1ght said:
I just miss the general themes from PS4. Mirror's Edge and FFVIIR were so good.

I have two tiny annoyances about the PS5 UI...

Rocco Schiavone replied
May 22, 2022
Sony to discontinue the PS5 Accolade feature this fall