If Xbox One slim had a modest specs bump, what would your reaction be.

nib95 said:
Just wait it out another couple of years or so, and release a proper new console with a more substantial performance upgrade.
Click to expand...

This is pretty much a new console spec though.
T

LostDonkey said:
To continue on PC.

MS and Sony are targeting different markets I think. Sony is offering an upgrade for PS4 users whereas MS is bringing most of their Xbox lineup to PC.

So if you want a better than Xbox experience, get a PC.

That's how I see it anyway.
Click to expand...

And if you're asking me, MS will sell us those PCs as a gamer premium product as they are doing with Surface devices in the tablet market. That will be the next Xbox, some 3 different Xbox-branded living room PCs at ~600-1000USD. (Could also be gaming office PCs with small living room streaming satelite devices)
D

I don't care. I already have an X1 and it's pretty fine, I'm not a fan of uber graphics, also because my most used games are on 3DS and Wii U (so I find the X1 graphics already mindblowing).

Anyway I'm really interested in PS4 Neo and NX, because I still have not a PS4 and NX because... it's Nintendo *.*
J

Do you mean instead of a "Neo" style model? Or as well as?
B

i really hope they release xbox two (terrible name but i really don't know what else to call it) that matches or beats the PS4N.

the xbox already lags behind the PS4 and can't even manage 1080p. for sony to update the PS4 to be more powerful would be a kick in the teeth for Xbox. microsoft really need to match whatever the PS4N can do. this could be a chance for them to catch up with sony and the PS4.

personally i'm waiting to see how all this plays out. i'll most likely buy the PS4N but i'll wait until both sony/microsoft release their new consoles be it slim/"neo" model.
O

My reaction would be to run home to escape the roving bands of rioting MS fanboys.
K

VR support will be important to me. I'd quite like a PS4 for some exclusives, but I'd take an Xbox powerful enough to support the Rift over a PS4K with PSVR every time.

Replaces the current Xbox One at the same price
Click to expand...

What you mean by this? Like not manufacturing OG XB1 anymore?
J

That's the way I read it.
J

Since I dont have an XBO I would be ok with it.
S

jimbobsmells said:
That's the way I read it.
Click to expand...

Then this is gonna split the market even worse than PS4K.

I better check to see if GAF is okay.

I own an XB1 but at this point I've pretty much moved over to PC gaming except for *cough* Quantum Break *cough*. I'm more interested in the integration of XB1/PC, my son (12) also has an XB1 but couldn't care less about graphic fidelity so for him an updated XB1 is a bit meh, unless MS allow developers to add additional game features, then he'll jump no doubt for it.

I'm actually more interested in the PS4.5 but that's due to not having a PS4.
Z

As much as I'm against a shoter cycle, I'll never argue against progress and competition.
C

LostDonkey said:
To continue on PC.

MS and Sony are targeting different markets I think. Sony is offering an upgrade for PS4 users whereas MS is bringing most of their Xbox lineup to PC.

So if you want a better than Xbox experience, get a PC.

That's how I see it anyway.
Click to expand...

TehGoomba said:
But it's currently in a state where its more stable to play xbox games on an xbox as the PC versions run like hot trash
Click to expand...

Not sure what way Gears is now but I've seen videos of Fury X's running it in slideshows. UWP is a trash gaming platform, no reason to defend it.
W

I'd react the same way I react to the current xbox. Which is to say, I'm not interested. Until Xbox has a couple of exclusive games that I'm really interested in, I won't buy one, increased specs or not. Which is surprising to me, this gen is the first time I haven't owned an Xbox system.

Chobel said:
Then this is gonna split the market even worse than PS4K.
Click to expand...

This is the same as the 3DS XL upgrade.

How will this split the market when to the consumers there is only one product that they can buy.

The Xbox One Slim may or may not run newer games better. It would be up to the Devs to choose if they think a modest increase in specs is worth optimising for.
Z

Pretty much the same reaction I had to the PS4k specs.

No real incentive to upgrade from an Xbone right now, wait a year or two until the price drops and see if the base games start running like shit and then upgrade. If I didn't have an Xbone/PS4 already then I'd buy the newer version.
O

RoKKeR said:
Xbox is my primary platform, and if somebody said "you could play the next RDR at a higher resolution/better performance/better detail/etc etc etc..." ...it would be hard to resist.
Click to expand...

You could play the next RDR at a higher resolution/better performance/better detail/etc etc etc... on PS4.
Y

I use my X1 every day, so I'd likely get my money's worth. I'd move my older one upstairs.
S

I would be outraged that someone out there has something better than me. That is BULLSHIT. I would throw my XB1 in the trash and tweet the picture to Phil Spencer.

I would continue to not give a shit about it.

If it was a slight bump, then I'd just stick with my current XB1.
G

I'd be like, okay, and then continue my life

This generation was a mistake; it's nothing but trash.

I really hope we don't see consoles replaced as quickly next generation.
A

potatohead said:
And a 12 CU Polaris versus a 36 CU Polaris potentially... welp.
Click to expand...

Please no.If they do that with the ps4 neo specs killing this machine they are in the same position they are now.It will be stupid to release a revision with more power but being inferior to the ps4 neo.

A shot in the foot.

Servbot24 said:
I would be outraged that someone out there has something better than me. That is BULLSHIT. I would throw my XB1 in the trash and tweet the picture to Phil Spencer.
Click to expand...

This is the only correct answer. Except maybe light on fire first lol
K

Xbox one slim should have a bit of a spec bump to ensure 360 games run perfectly through BC, now that he 360 is leaving us. This becomes the cheaper alternative Xbox option for the arrival of Xbox Tooie.
N

The new ONE would need to be on par or better than NEO. Or else it would be a failed catch up and it would look and be terrible.
S


i know nothing about technology
Microsoft would attempt another 360 success . First native 4K console, beat Sony to the market, etc.
G

The same reaction I've had with all of this past info that's come out about Ps4k etc. 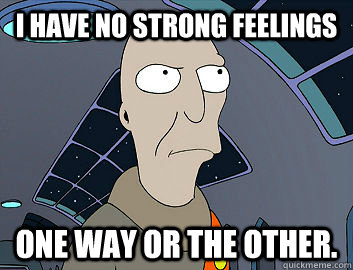 Chobel said:
Then this is gonna split the market even worse than PS4K.
Click to expand...

I don't see it splitting the market if they make the same games for the consoles.

Updated OP to better explain why I think the slim will have specs bump.

I don't think there is any value to releasing a traditional slim version. Might as make a lower specced W10 machine that can run Xb1 games in BC mode. Would fit more into the strategy of decoupling software and hardware.
C

Not happening unless 343 releases a hefty, hefty patch or a remaster.
S

Proelite said:
Not happening unless 343 releases a hefty, hefty patch or a remaster.
Click to expand...

Look MS, just fix up the UWP ports so they run well on PC and I'll buy them.

That's all I care about. Let Sony do whatever they're doing and see how that works out for them.

Y'all put out an actual next generation console when all is said and done and we'll be good.


Also, get your first party studio game up
A

Proelite said:
Not happening unless 343 releases a hefty, hefty patch or a remaster.
Click to expand...

Just a thought, because I don't see it happening either way:

The game is already using dynamic resolution. With better hardware, wouldn't it always scale to 1080p/60FPS? Considering that the specs are sufficient for 1080p/60FPS, that is.
3


would probably be my reaction...

It has to be better, more powerful. More power will allow them to fully achieve their goals.

But they don't HAVE to do it now. Let Sony bear the brunt of this.

YOOOOOOOOOO.
You must log in or register to reply here.

Hardware AMD 4700S desktop kit is based on PlayStation 5 SoC