To make it official the final step is to dye your hair a bright bold colour! Might I suggest Blue??
Reactions: haxan7

My plans have fell through. My girlfriend is absolutely against becoming a lesbian and for some reason keeps asking me if I'm retarded.
Click to expand...
That’s bigoted on at least two levels.
Reactions: Roufianos and LegendOfKage 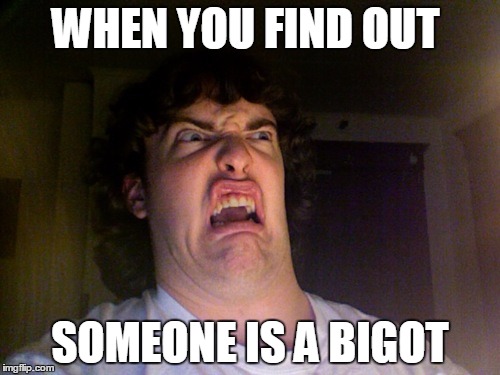 Damn, that new Tool album sure took a Toll on ya, huh?
Reactions: INDIGO_CYCLOPS, JimiNutz and brap

Op, you've inspired me.
From now on, I shall identify myself as a man who identifies as a woman who is currently transitioning to a man.
Reactions: Roufianos, haxan7 and brap
D

iconmasterX said:
That’s bigoted on at least two levels.
Click to expand...
I dont know how I do it.
I live everyday under the boot of a phobic who spew hate.

CyberPanda said:
Did you answer yes?
Click to expand...
I was speechless, mostly cause she was wrestling the legos out of my mouth I was swallowing when she said it.


We have this game tho we play.

I say, do, suggest, ask a question etc..

Theirs a slight pause. We look at each other.

Then I say..."I have NO idea why you still fuck me"
This was one of those times.
Reactions: oagboghi2, slugbahr and CyberPanda

Hoya Destroyer said:
The words "male" and "female" dont mean anything, when they can apply to anyone.
Click to expand...
Umm what?
Last edited: Sep 5, 2019

The edge of a circle

PKM said:
I dont know how I do it.
I live everyday under the boot of a phobic who spew hate.
Click to expand...
So brave.
You are an inspiration!

StifflersMum said:
Just dropping by, to say that you have my massive respect for enduring and even participating in our jokes here..
And by that, you are imo doing a whole lot more for trans issues than the whole bunch of asshats over at era.
Thanks for doing the right thing, Ailynn!
Click to expand...
Once, in a book, I read that people that can joke about themselves are the most decent, kind and humane persons.
Reactions: slugbahr, Ailynn, Stiflers Mom and 1 other person

DChosenOne said:
Oxford dictionary would disagree.
Click to expand...
Cmon. You know Hoya doesnt mean it either in the linguistic or the biological sense.

He is talking about identity. Which is defined by no dictionary and not by any science class either.

What I mean is that words should be used to differentiate between different objects/people. If different objects/people are called the same word (like "female" for example), then that word loses its meaning because, it can refer to two completely different things.
Because I like simplicity and truth, I'll only ever consider traditionally biological females to be... females. I know biological males can look, sound and act like biological females, but thats just an impersonation to me and doesnt change what they truly are.
I dont say that to be mean or because I hate women or something, its just logical. If people were trying to bully me into saying the sky is green and the grass is blue, I wouldnt conform to that either. I dont have a problem with either color, I just want my words to be genuine reflection of how I see the world.

My plans have fell through. My girlfriend is absolutely against becoming a lesbian and for some reason keeps asking me if I'm retarded.
Click to expand...
FUCKING TERFS!!!
Reactions: Ailynn, Ornlu and brap

My plans have fell through. My girlfriend is absolutely against becoming a lesbian and for some reason keeps asking me if I'm retarded.
Click to expand...
What's wrong with her?
Maybe ask her if she is "alt-right"?
Last edited: Sep 6, 2019
Reactions: Ailynn

Good luck in your process of reborn

The hardest part of French class in high school was knowing the masculine and feminine forms of words. Now it would be a lot easier, I mean if people can change their gender for $6 (in NJ) then it should be easier for nouns in another language.

I think your OP is dumb as hell, but you do raise something interesting; do male to female trans have to sign up for selective service?