Hopefully, fingers crossed, I'll have something to say before E3 about how Nintendo will be handling indies on NX.
Click to expand...
I do know. I just haven't been given permission to say. Face I made when I heard Nintendo's plans for indies. Make what you will.
Click to expand...
Regarding controller inputs and control methods.

I should hope so, the ps4/xb1 are several years old now.
G

Is she related to BioGamerGirl?
I

EDIT: Oops, already in the OP.

The parts about the NX being easy to develop for sounds like something Dual Pixels said about a month ago.
S

just give it to me already

Profound that a gaming console is "optimized for gaming".

Who is she? Sorry, never heard about her before.
Most of what she says makes sense though.
M

I'm going to file this under "rumor"
M

Is there some sort of record of leaky stuff with this person?
H

I'd love to believe her, but has she shared rumors that turned out to be true before?
T

Garrett Hawke said:
Is she related to BioGamerGirl?
Click to expand...
glad im not the only one who instantly of Biogamergirl, the greatest videogame reviewer of our time
G

Until this thing is officially unveiled, I feel most talk about it is just hearsay.

Basically, add another one to the pile fellas...the one labeled "NX HOPES AND RUMOURS".
S

What information would support or disprove this claim
M 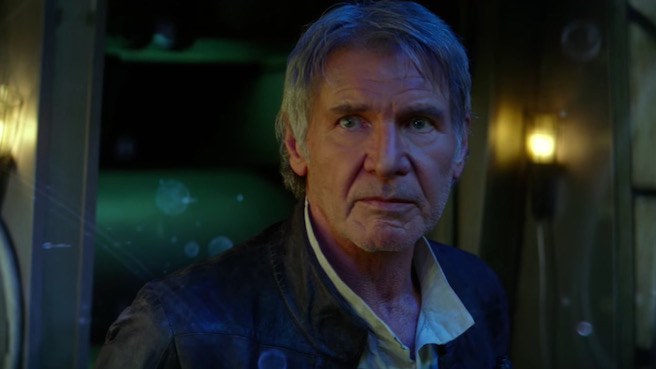 This really doesn't tell us much unfortunately.
S

Just gimme the info Nintendo
B

For whatever the NX is the only two things that matter is that people buy it and 3rd parties are on it to help drive that adoption. If people don't pick this up whatever 3rd party support it will have will drop fast.

Gotta wait and see how it plays out.
K

"as powerful" just as MS and Sony are about to release more powerful versions?

Why is news from a no-name site allowed? People were giving crap to the other site that posted the NX controller for being bogus but not this?

Anyway, this power stuff has been repeated thousands of times. Of course its going to be powerful
F

This seem to repeat the already known information. Maybe she repeat this? Or people tell her the repeated information?
B

This is legitimate and 100% true. We should all take this random person on Twitter's ruminations as gospel. 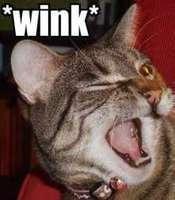 Mr_Antimatter said:
I should hope so, the ps4/xb1 are several years old now.
Click to expand...
Basically.

But easy to develop would be a good thing.
N

Pretty safe bets all around. The only questionable thing is "easy to delevop for" but that could honestly mean anything.
F

Like I said in another thread, if it's on par with PS4/Xbone, then clearly the third parties will target PS4.5/Xbox1.5 and point out the NX is still way too weak.
M

Lol. By number of inputs, that probably means another Wii U-like situation maybe. They may have an evolution of the Gamepad, while also having some more traditional controller inputs like the Wii U Pro controller.

Perhaps as I believed earlier, that it's simply a console, the handheld will be something else with an entirely different name.
E

Obviously doesn't mean anything though.
N

Unless this is an anonymous account on purpose to protect from breaking embargo... why would nintendo give her hardware? There's been a few notable devs complaining not having access to a dev kit, and somehow a random "indie dev" has one?

Stumpokapow said:
What information would support or disprove this claim
Click to expand...
She's apparently big in the indie scene. There might be a chance she at least knows about Nintendo's plan for Indie concerning the NX.

Also the part about the NX being "easy to develop for" is something Dual Pixes (I know I know) said back in February this year.

It's all I have, unfortunately.
P

FStubbs said:
Like I said in another thread, if it's on par with PS4/Xbone, then clearly the third parties will target PS4.5/Xbox1.5 and point out the NX is still way too weak.
Click to expand...
Yep. Same exact story.
J

FStubbs said:
Like I said in another thread, if it's on par with PS4/Xbone, then clearly the third parties will target PS4.5/Xbox1.5 and point out the NX is still way too weak.
Click to expand...
That would be bad for PS4/Xbox One if developers immediately abandon that level of game.

I do hope Nintendo knocks it out of the park with indies.


Give me Undertale NX
M

Stumpokapow said:
What information would support or disprove this claim
Click to expand...
When she says the rumors regarding NX's specs are true, I'm guessing she's referring to the Wall Street Journal report.

According to a new report from The Wall Street Journal, Nintendo's next console &#8212; codenamed NX &#8212; will feature "industry-leading chips" to better compete with the more powerful Xbox One and PlayStation 4.
Click to expand...
But I'm just making a guess here. I'm honestly not sure if she was referring to this particular report.
M

So why exactly should anyone believe her or listen to this?
S

I would hope it'd be at least as powerful as the XBone/PS4. It'd be a complete laughing stock if it couldn't manage that much despite being 3-4 years late to the party.

A little disappointed she's the one getting news, though. I've... had less-than-cordial interactions with her in the past. I partook in one of her indie game giveaways a year or two ago, innocently enough - but then she started harassing me on Twitter, just because I had a Sonic avatar at the time, and she apparently has a thing for riling Sonic fans up into a tizzy. Refused to stop when I asked her to, insisted on making it more public when I was trying to keep it private. Got so bad that I had to block her. Ah, well, really doesn't have any bearing on anything she's said here, I suppose.
O

I get all my leak info from IndieGamerChick
G

BY2K said:
She's apparently big in the indie scene. There might be a chance she at least knows about Nintendo's plan for Indie concerning the NX.

Also the part about the NX being "easy to develop for" is something Dual Pixes (I know I know) said back in February this year.

It's all I have, unfortunately.
Click to expand...
She's really not actually. She's no small fry by any means and does mean well toward gamers (doing giveaways constantly for example). But from personal dealings with her and her website/twitter, she's not really.

Though, who knows.
C

Third-parties will always find a way to shaft Nintendo.
M

Kawngi said:
"as powerful" just as MS and Sony are about to release more powerful versions?

e: nvm, saw the tweet claims its technically more powerful. guess we'll see.
Click to expand...
I think the impact these new systems will have are being overstated.

Anyways, this rumor means nothing to me lol. Nothing special.
M

IndieGamerChick vs. Those two artist guys on twitter who were pessimistic about NX dev kits.