-ImaginaryInsider said:
I'm looking forward to him proclaiming there wasn't a big bang, but rather a large firmware update that started the universe.
Click to expand...

Thanks to this, liquid shot out my nose.
O

NinjaBoiX said:
I genuinely still don't have a clue what any of this means.

Jeff, what are the real world implications of this?

I pre-emptively ban any abbreviations, numerical codes, technical terms and other assorted jargon in your response.
Click to expand...

For the VR it means broadcast TV that can actually get feedback from the viewer so someone with a VR headset as simple as Samsung Gear or Google Cardboard can watch a NBA game as if they was at the game because of multiple views that could change based on your head movements. Mobile TV is going to be big but I think it's going to be the fact that it will be easy content for standalone VR headsets that will be the biggest deal out of all this.
O

@jeff_rigby what are your thoughts on the possibility of PS4 or PS4K being able to receive ATSC 3.0 signals using the radios that are already inside? 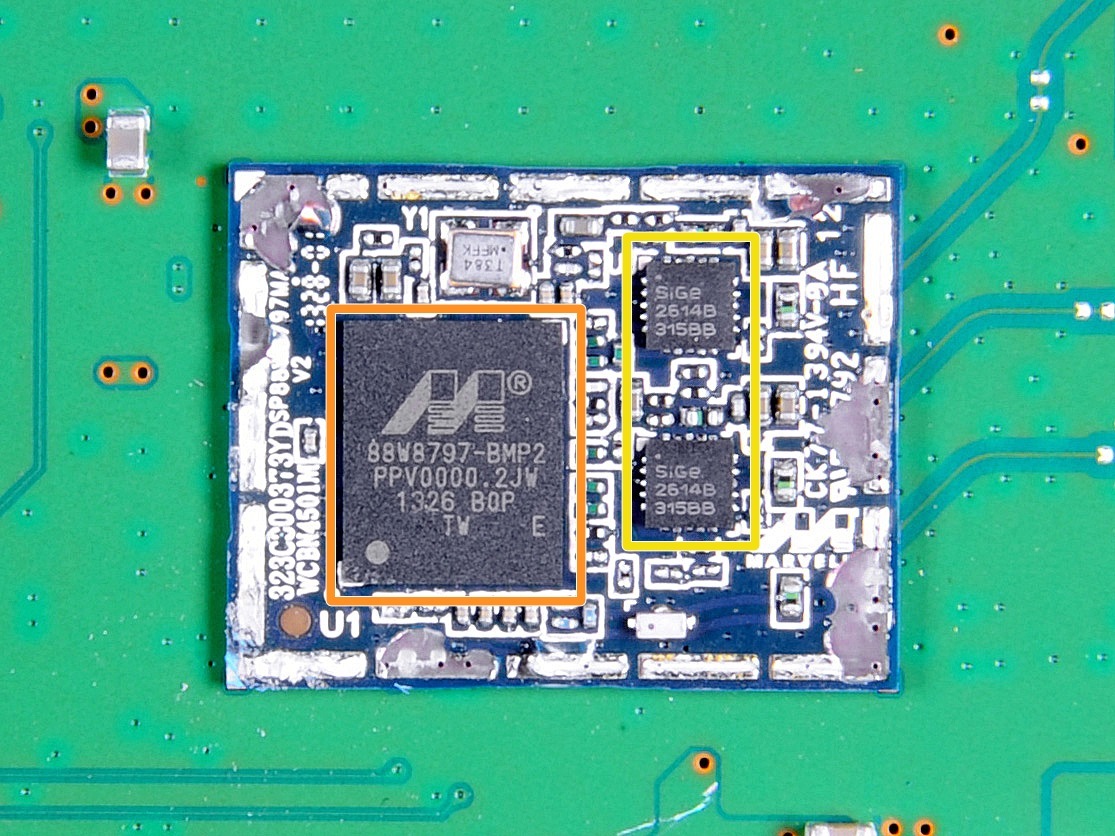 onQ123 said:
@jeff_rigby what are your thoughts on the possibility of PS4 or PS4K being able to receive ATSC 3.0 signals using the radios that are already inside?

-0- Antenna TV uses Frequencies between 50 Mhz and 600 Mhz (rounded off) while WiFi uses 2.4 Ghz and 5 Ghz. Sony only recently purchased a company with 4G designs, that's the modulation not radio frequency and the IoT designs also use 2.4 Ghz. Radios with 4G modulation and for TV frequencies are slightly different but if you had asked me if a Cell phone could support 4K Antenna TV I'd have said very possible as the frequencies are close and modulation is the same.
O

Comcast has made the move to app based TV but for now it's only for Roku boxs & Samsung Smart TVs.

onQ123 said:
Comcast has made the move to app based TV but for now it's only for Roku boxs & Samsung Smart TVs.

Good find but you don't explain how it relates to the OP and it does.

The FCC DSTAC had a choice between two Cable TV delivery schemes when using a downloadable security scheme and eliminating the cable card. Both would allow Consumer Electronics with a TEE and HTML5 <video> MSE EME to receive Cable TV without a cable box but one would be an APP written by the Cable Company and the other would require the cable companies to provide user guides, channel listings and any other access to servers to allow the CE company to write their own apps.

The FCC chose the latter over the objections of the cable companies and they have a 2 year period before the FCC mandate requiring them to support CE written apps.

In the OP Comcast has signed an agreement with Sony for it's Passage and Sony hired a REP to educate cable companies on various features that require DRM. Both these could apply to Vidipath where the Cable company DVRs support streaming to STBs and Smart TVs that support HTML5 <video> EME MSE and Playready or to a App written by Comcast for those same platforms.

It ties to the OP on Sony Passage being used by Cable TV operators (MSOs). See also Playready ND cite in the OP


https://www.linkedin.com/jobs2/view/13896747 said:
This Software Project Manager is responsible for attending and representing Sony in multiple industry forums, such as working closely with MSOs (Cable TV providers) on Regulation and standardization for DLNA, HTML5 RUI, CVP2, HDMI, MHL, and other related technologies.

Comcast just signed an agreement with Sony to use Passage. This plus last year's Sony Job posting for a Sony representative to help cable companies with Vidipath, Miracast and more mean it's likely soon.

UHD Blu-ray or supporting the Digital bridge/Vidipath as a client is supported by EVERY CE company wanting to get in on the ground floor of ATSC 3 (UHD 4K antenna TV). But not for 4K media, for 1080P and lower as Antenna TV will be free, has DRM and will have a wider market than Cable. It will soon be supported on EVERY new Cell phone likely by Mandate of the FCC in the US because it will be used for the emergency alert. Cell phones use almost the same frequencies that TV uses, will use the same modulation scheme, use the same software stack for the UI and the same for video (HTML5 <video> mse eme). What is missing is HEVC which top end Cell phones now support.

UHD Blu-ray is the precursor for ATSC 3 because it uses the same software stack. There are FCC leaked proposals using UHD Blu-ray players as the STBs to accelerate the adoption of ATSC 3 OR UHD client STBs for the UHD blu-ray digital bridge. We will know this is coming when combo ATSC 1 & 3 Network tuner/DLNA servers are being advertised for sale which should occur late 2016 at the earliest and mid to late 2017 at the latest. Microsoft announced a Antenna TV DVR coming for the XB1 that supports 1080P. 1080P is not available for ATSC 1, it's only available for ATSC 2 and 3 and ATSC 2 looks like it's going to be skipped.

Microsoft and Sony knew this and have plans to support 4k Antenna TV and is why both are supporting Phones. There will be a synergy between the living room Game Console and Cell Phones beyond the Second screen which is also part of ATSC 3. Vidipath and the UHD Blu-ray digital bridge are part of this. Sony mentions Playready ND in the UHD Blu-ray digital bridge proposals and Microsoft mentions using it for DVR and Live streaming. Vidipath is now associated with Cable TV DVRs but the same scheme will work for Antenna TV.

Why are Cable companies pushing IPTV with their own apps? The Antenna TV model is most likely going to be a combo of TV served as IPTV from a Vidipath antenna TV tuner on the home network and a Cable modem serving IPTV on the same network. The consumer has a choice of free TV via antenna with some for pay premium channels and IPTV from Cable modems, some free and some for pay. A local antenna TV scheme with multiple stations can support about 100 separate TV streams but Cable can support hundreds and hundreds more allowing more choice.
J

The full HDHomeRun DVR user interface, direct on the TV, no app or set top box required.
Click to expand...

RUI = Vidipath and is the first RUI/Vidipath client while Comcast has by FCC mandate all their Cable TV DVRs as Vidipath servers since June 2015.

Sony sent a PDF to the FCC DSTAC showing the following:

RVU uses a Picture of the UI (no mention of the DRM used) Satellite TV supports this and the PS3 already supports it.
RUI/Vidipath uses HTML5 for the UI and HTML5 <video> with WMDRM and Playready, The PS4 has this listed in the Intellectual notice.
RUI Cable TV server starts with a Cable TV DVR and then direct from a Cable Modem using Passage and Playready.

These threads remind me more and more of Deadmeat. You sure you aren't connected in someway Jeff? do you know anything about power VR or dreamcast?
O

I wonder if Neo (Or new PSP ) will have a ATSC3 tuner in it? that would be cool if Neo could be the center of the home network streaming live OTA TV to your Smart TVs ,Tablets & PSVR 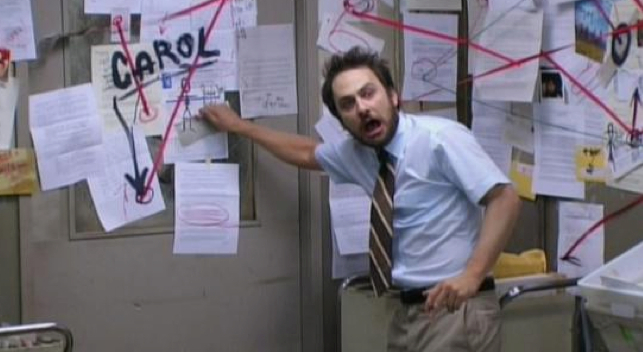 onQ123 said:
I wonder if Neo (Or new PSP ) will have a ATSC3 tuner in it? that would be cool if Neo could be the center of the home network streaming live OTA TV to your Smart TVs ,Tablets & PSVR

Which is about ATSC 3 INCENTIVIZING COMMERCE BY REGIONALLY LOCALIZED BROADCAST SIGNAL IN CONJUNCTION WITH AUTOMATIC FEEDBACK OR FILTERING.

My understanding is that a Cable modem and TV Antenna with tuner will provide IPTV streams over the home network using the Vidipath standard that can be used by all IPTV devices in the home; Smart TVs, Phones, game consoles. A STB (PS4) would be needed to convert HEVC streams to h.264 streams for those devices that don't have that ability. Further I believe that newer PCs, the XB1 and PS4 will eventually be UHD Blu-ray digital bridge servers.

The combo ATSC 1 and 3 TV tuner should be on the market in 2017. LG already has a prototype they have been showing. 2017 is also when Cable TV has been saying for years that they will start to make the move to all IPTV eliminating the cable box.
You must log in or register to reply here.

Colbert replied
Sep 20, 2016
Facebook support being removed from the PS3 and Vita January 2016

jeff_rigby replied
Sep 26, 2015
All Playstation Platforms to use Playready which points to a significant PS3 update
2 3