We talked a few days ago with the team of Wayforward Technologies. They hinted Shantae on WiiWare, but the big part was about LIT who becomes more attractive each time I hear about it.

LiveWii.fr : Why did you choose the WiiWare system for your game?

Matt Bozon : Weve had such a rough time getting our original concepts out on handheld and consoles, that when WiiWare was announced it seemed like a good fit for us. After choosing to put our efforts there, we kicked designs around for several months, trying to come up with concepts that would help give strong support to the Wiis odd input style. We demoed a few ideas, went back to the drawing board several times, and LIT was the game we ultimately decided on as our first step onto the Wii system.

Adam Tierney : As the levels progress in this game, the puzzling becomes faster and faster. Were building everything around the speed of the Wiimote, so several puzzles in this game just wouldnt be beatable with a pair of analog sticks.

3. What is your game about?

Adam: LIT is best described as a horror puzzler. As opposed to most horror games, which are filled with action and maybe a few, simple puzzles, this game is all about logical thinking and using triggers to get from one room to the next. Stylistically it takes a cue from games like Silent Hill and Resident Evil, but its core gameplay is more similar to games like Sokoban and The Adventures of Lolo.

MATT: As for the theme, its preying on our fear of being in a familiar place after hours, where things seem out of place and the surroundings are eerily quiet. Jake is trapped in a school at night, cant get out, and the place has undergone an unnatural transformation, the affects of which are revealed as he literally sheds light on the situation.

4. What price point you will suggest for this game?

MATT: A price isnt set yet, but we feel that it will be compelling when compared to what other WiiWare games give you for your money. WiiWare is a better means of getting our games into the hands of the players. Were not going for the low quality/quick buck at launch.

MATT: We dont know yet. But a back to school release would make good sense. We expect to still be working hard through the early summer months, and give the game ample polish.

7. We don't want to look into your pockets but what is the cost of developing a typical game for Wii-Ware in your opinion?

MATT: This is a total unknown. Ive seen games that appear to have been made on a shoestring, and other ones that look like hundreds of thousands of dollars were spent. I think the best WiiWare games are going to fall into the middlesomething that was made half of love and commitment, half on marketability and funding. I mean, if somethings funded by publishers from the ground up, youre not going to get anything thats very different than what you get on the shelves. Theres a place for those games, but Im looking forward to what the really creative independent developers can come up with.

9. Does Nintendo help you in the developing process?

MATT: Nintendo has been very helpful in challenging our application of the Wii tech, and Ive found their developer support on DS and Wii to be very enabling. I walk away from every conversation feeling challenged, but also freed up. They definitely play by a different rule book, which is as refreshing to developers as their products have been to consumers.

10. We know that you have many ideas for other games so can you give us some details about one of your next projects for Wiiware?

MATT: We do have a Shantae WiiWare game in development, but Im keeping the details somewhat hushed. I want to be sure this ones for real before making an official announcement, as a courtesy to longtime fans.

11. How many memory blocks will your game require?

MATT: No answer for you yet, but Adams philosophy has been to make everything very efficient so that it doesnt take up a lot of space on the system. The entire concept is built around revealing things in darkness for the purpose of having less baggage to store. Its a very smart approach considering the Wiis limited storage space.
Click to expand...


oh, and in before The Take Out Bandit.
D

MATT: We do have a Shantae WiiWare game in development, but Im keeping the details somewhat hushed
Click to expand...

Revealing it is keeping the details hushed? Whatever! Nice to see the series come back
J

EDIT: Nevermind, just found out he has a brother

Is this Matt and Bozon of IGN Wii fame?
L

Matt Bozon is Mark Bozon's brother. He also directed Conta 4 from what I read on Wikipedia.
G

TheGrayGhost said:
Is this Matt and Bozon of IGN Wii fame?
Click to expand...

Matt Bozon is Mark Bozon's brother. Mark is also lending a hand on the title though.

edit: Beaten, thanks to my slow browser. Gaf is loading at the speed of molasses for me right now.
L

TheGrayGhost said:
Is this Matt and Bozon of IGN Wii fame?
Click to expand...

We do have a Shantae WiiWare game in development,
Click to expand...

I want them to talk more about Contra Wiiware.

They HAVE to make it after creating the great Contra IV.
H

DS would definitely have been my preference for Shantae, but WiiWare's more than good enough. Whatever gets people to buy it, if that's where their research shows that it can be a success...
A

I will ask them about a Wii Contra. It is clearly a great idea.
D

Because then they'd have to publish it, and that's been the stopping block for them since Shantae 1. They can develop Shantae games on the side as tech demos and labors of love and whatnot, but they can't afford to self-publish and nobody else wants to do it for them.

With digital downloads, they just agree to a steep royalty cut. No hardware cost at all. Even Wayforward can afford $0.

If anything, I'd complain "Damn, why not XBLA as well as WiiWare?" The royalty's supposed to be a bit steeper on MS's side, but they've been ready longer, so Wayforward could've thought of this approach a few years ago when MS was the only game in town. MS may have been dicks to them about approval though, which would be a sufficiently infuriating answer. And not only would multiplatform digital downloads increase their userbase, but the 360 is better hardware and could do a better job with the game (I mean, who wouldn't want Shantae to be available in HD, aside from Nintendo?). Unless Shantae 2 is making use of the unique features of Wii. You make her shake it by shaking it yourself. Not a thought I'm looking forward to.
I

The Dream is dead.
S

Well, finally the style of game has been clarified. I really love Lolo back in the day, so that's good to hear.

though I still want to play the GBC game.
M

Hopefully shantae will be 2.5D
H

Jiggy37 said:
DS would definitely have been my preference for Shantae, but WiiWare's more than good enough. Whatever gets people to buy it, if that's where their research shows that it can be a success...
Click to expand...

I want LIT to be a full retail release. It sounds too good to be a four hour game.
S

I want Shantae. Where is Shantae!!
A 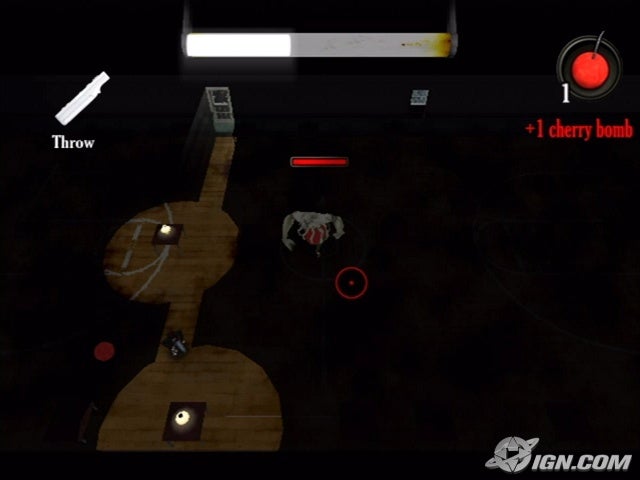 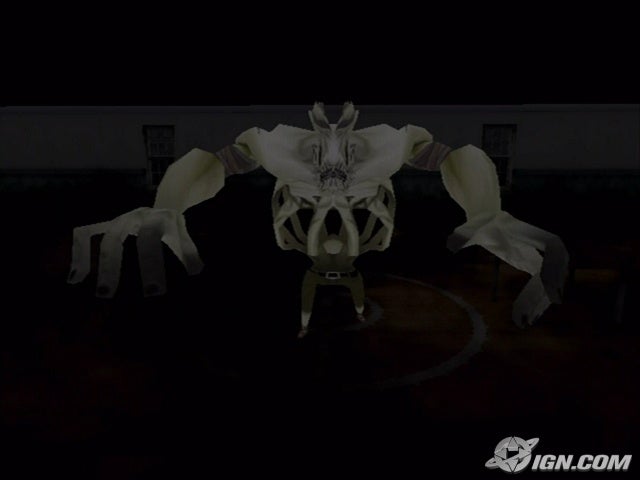 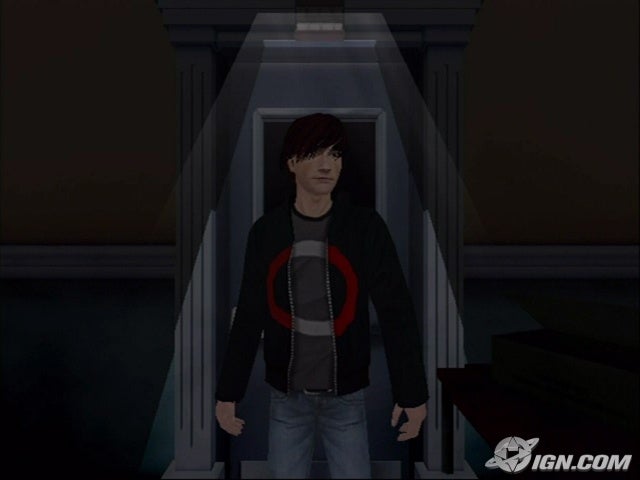 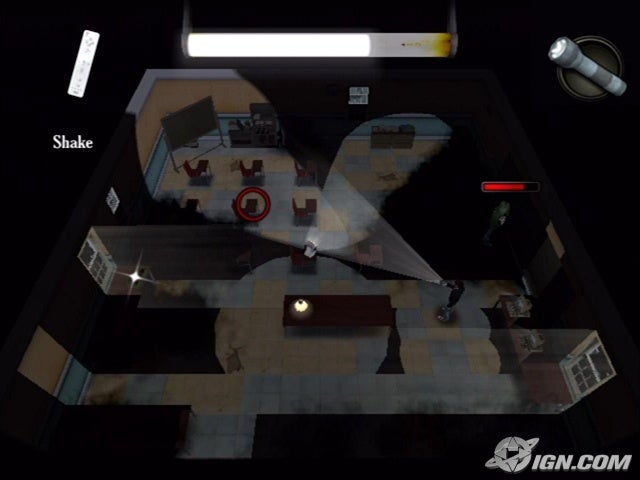 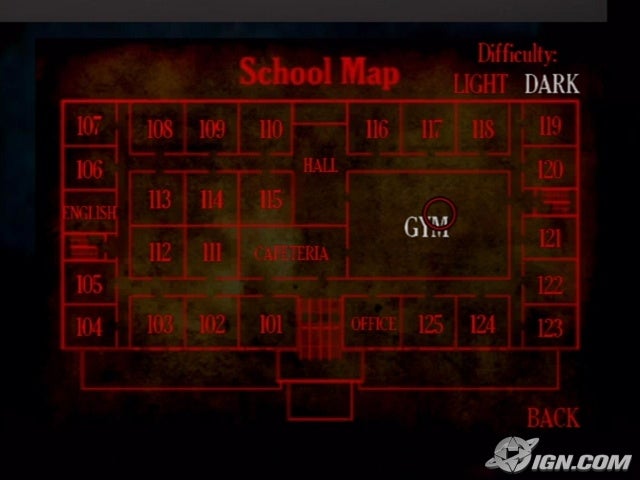 Sounds good, I love Adventures of Lolo! Shame about the lack of widescreen though, they could've just made each room a rectangle instead of a square!
T

The concept sounds neat, but the game itself doesnt look so hot.
D

Not actually that important

no widescreen no thanks
T

Dash Kappei said:
no widescreen no thanks
Click to expand...

Is it to much to ask for art design skills?
S

pitt_norton said:
Is it to much to ask for art design skills?
Click to expand...

Which is funny, because the concept art for this game looked really good. I think the monster design will be good, as the enemies I've seen look to stick to the art style they announced the title with. But the humans look pretty boring and basic. Too bad.

Still, this sounds like a very interesting game.
You must log in or register to reply here.

Opinion Game Dev EA Is Putting the Future of its Franchises, into its Studios' Hands