Ion Maiden is now titled Ion Fury and will launch for PC via Steam on August 15, publishers 1C Entertainment and 3D Realms and developer Voidpoint announced. The PlayStation 4, Xbox One, and Switch versions will follow at a later date.

A physical “Big Box” edition including a Bowling Bomb USB flash drive, digital soundtrack, A3 poster, GDF keycard, Bowling Bomb sticker set, and 60-plus page making of booklet is also available for pre-order at the 3D Realms Store for $59.99.

While Shelly “Bombshell” Harrison earned her codename defusing bombs for the Global Defense Force, when evil transhumanist mastermind Dr. Jadus Heskel unleashes the members of his cybernetic cult onto the streets of Neo DC, she knows it’s time to start causing explosions instead of preventing them.
Her quest to slay Heskel leaves a trail of carnage throughout huge, multi-path levels filled with gigantic explosions, more secret areas than we can count, and inhuman foes behind every corner. There’s no regenerating health here; stop taking cover and start running and gunning.
Shelly’s crusade to take down Heskel’s army will see her leave destruction in her wake with a wide arsenal of weapons, complete with alternate fire modes and different ammo types. Her signature revolver, the tri-barreled Loverboy, brings enemies pain and players pleasure with both single shots and Old West-style hammer fanning action. Who needs a regular shotgun when you can load buckshot into your grenade launcher? Violent, over-the-top Bowling Bombs rip enemies apart with ease.
Ion Maiden laughs at the idea of mandatory checkpoints and straight paths through shooting galleries. But, just because this is a true old-school first-person shooter doesn’t mean we’ve ignored all the good new stuff the last two decades have brought. Headshots? Hell yeah. More physics and interactivity? You betcha. Widescreen, controller support, and Auto Saves? 3D Realms and Voidpoint have taken the best of both worlds and cooked it all into a bloody stew.

What to expect from the full version of Ion Maiden upon release: 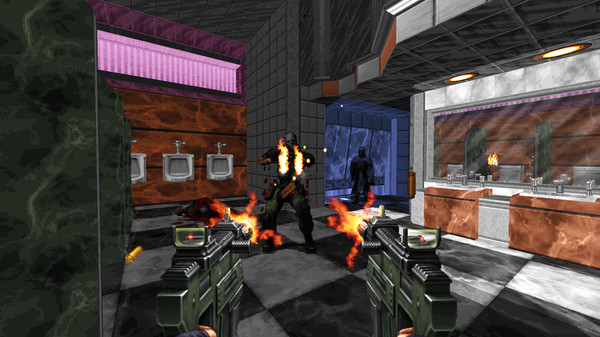 Ion Maiden is now titled Ion Fury and will launch for PC via Steam on August 15, publishers 1C Entertainment and 3D Realms and developer Voidpoint announced. The PlayStation 4, Xbox One…

The build engine was so awesome. I remade die hard with that engine in like 1998. Does 3D realms not know how to use modern engines?

The early access has provided a lot of enjoyment for me. Quite challenging, and the level design is quality. Looking forward to the full release.

And, in my heart, it will always be Maiden.
Reactions: Kadayi, Helios, CamHostage and 1 other person
S

Commercial game running on a modified version of the Build Engine.
Reactions: Helios

I'm glad that they were able to settle with just a rename.
Reactions: Kadayi

At least the name isn't as stupid as before.
Reactions: GV82

Build engine game bruh. Do you even Duke, Shadow Warrior, or Blood?

Do you?
Reactions: Lanrutcon, Tesseract, Yabusamaro and 2 others

Was the name changed because it sounded like the band? I haven't heard of this game before so I'm just curious. The story doesn't mention why the name was changed as far as I can tell.

JG07 said:
Was the name changed because it sounded like the band? I haven't heard of this game before so I'm just curious. The story doesn't mention why the name was changed as far as I can tell.
Click to expand...

Yep Maiden was going to sue them.
Reactions: Bonfires Down and Solo Act

If you're going to die, die with your boots on
Reactions: Crew 511A

Should have changed it to Powerslave.
Reactions: ljubomir, Crew 511A and mayhemking

Now they are going to get sued for ripping off Darksiders 3. Didn't Fury get a spark power in that game? I.e. Ion Fury?

Cravis said:
Yep Maiden was going to sue them.
Click to expand...

Still looks amazing. Can't wait to finally play the whole experience since I have played the Shareware version multiple times.

Also am I crazy or did the trailer actually take some music cues from MegaDeth's Hanger 18? Starts at 0:53 in the Ion Fury trailer.

sublimit said:
Should have changed it to Powerslave.
Click to expand... Holy crap it's even based in ancient egypt (judging by the cover)!

sublimit said:
Holy crap it's even based in ancient egypt (judging by the cover)!
Click to expand...

Yep, it's a great underrated Metroidvania style of game. It's known as Exhumed in Europe though.

Released on both consoles and PC DOS although the console versions are way superior.

Night Dive Studios trademarked Powerslave/Exhumed about a year ago. Supposedly they were going to remaster and re-release but we haven’t heard anything since.

In that time they started over on the System Shock remake and obtained the rights to re-release Blood so it’s understandable that it took a back seat. Just wished we would get some confirmation on if/when it’s coming.

To bad they had to change the name.

I have just bought the Early Access and played through it. Out of all of the modern "Retro" style shooters I have played I like this one the best. If I had just one small nickpick it would be that I think the music is just Ok and I don't feel the main character's design is 90s enough. I would have preferred the original pic related because it looks really 80s/90s. 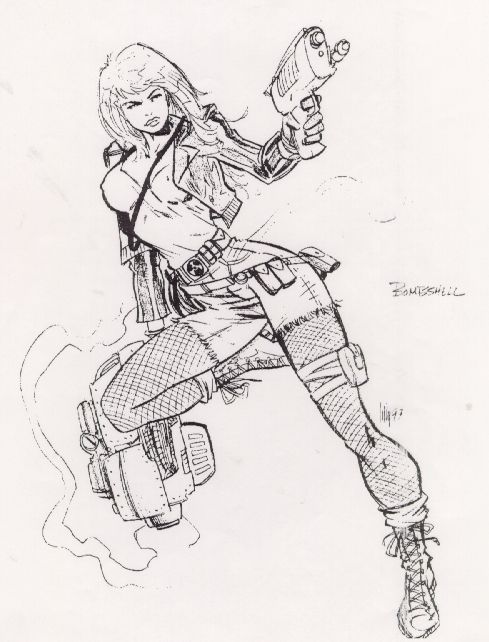 In the end I played through what little we have 2 times in just 2 days and I am loving the gameplay. I really want this game to do well.

Also am I crazy or did the trailer actually take some music cues from MegaDeth's Hanger 18? Starts at 0:53 in the Ion Fury trailer.

I don't hear it but I don't even care my man, that's just a fucking great song and everything is a good excuse to listen to it.
Last edited: Jul 15, 2019

I like the new name. Looking forward to the game.
D

The band sure is a bunch of bitches for suing over the name. Even if I liked cheesy 80s butt rock, I'd never give them a red cent after that pathetic display.
Reactions: Lanrutcon

If you like Duke Nukem 3D you will like this. I think this game might turn out better than Duke 3D if they can get the quality consistent. Duke 3D falls off a cliff very quickly, which is why I can't play it anymore. Also multiplayer deathmatch could be great.

So this is pretty much the pinnacle of the Build engine. The stuff they show showcased in the demo was fantastic.
You must log in or register to reply here.

Ion Fury for PS4, Xbox One, and Switch launches May 14