Jason Schreier's industry sources: PS5 is superior in ways that Sony has not communicated yet

It's the blower fan and that custom fan curve that's the secret sauce Fomy was trying to communicate by them branes-waves.

That Schitt dealt with, I'll have MLID beat next...
Reactions: DonJimbo

ethomaz said:
I’m not even sure what are you talking about.

Well Jason was right like usual... PS5 is showing why it is the most powerful consoles in the world.

Everything seems alright in our universe.
Click to expand...

MasterCornholio said:
I think they are letting the games do the talking. I mean that's the only thing thats been destroying the FUD that we had earlier in the year.
Click to expand...

They'll probably do more talking next year at GDC 2021. Until then Sony really doesn't have any reason to talk.
Reactions: SynTha1

mckmas8808 said:
They'll probably do more talking next year at GDC 2021. Until then Sony really doesn't have any reason to talk.
Click to expand...

I would definitely love to have more information but I'm really just happy none of those crazy rumors came true. So far the PS5 has exceeded my expectations.
Reactions: SynTha1 and mckmas8808

DonJimbo said:
In your universe of course it seems Brazilian fellow but as a whole the gaming press is the biggest shithole in the universe they digust me
Click to expand...

What you disgust or not doesn’t change any fact I posted.
Last edited: Nov 24, 2020
Reactions: DonJimbo

ethomaz said:
What you disgust or not doesn’t change any fact I posted.
Click to expand...

longdi said:
sooo when will sony start talking about it?

my guess is the devs are loving ps5 ease of development, the dualsense, standard hardware for both sku.
Click to expand...

Also it's hard to market "Look, the PS5 is easier to develop for and more efficient because of how the system is laid out internally and the throughput/bandwidth it has, etc. etc."

Sonic The Fighters said:
No someone who is smarter for only 100 bucks more, he will prefer to have the disc version of the PS5 or the SX.

PS5 DE is the bad choice imo.
Click to expand...

Is it? XSS is the bad choice. Judging by recent comparisons it's weak console and going to get left behind. 1440p at SX framerates lmfao.
I see more and more gamers switching to digital only. PS5 DE makes more sense day by day. Also with people switching to 4K tvs too it makes far more sense than XSS
Reactions: kaylord and geordiemp

VincentMatts said:
Its a secret sauce. Just like everything else sony do. Its so good they dont talk about it.
Click to expand...

The information is out there, and even if Sony tried to explain 99 % of gamers would not understand or appreciate it anyway and it would be mis understood.

Maybe you should focus on what XSX is doing, and ask questions like how have Microsoft optimised for 14 CU in extra long shader arrays when everyone else uses less or equal to 10 CU per shader array in every design since dawn of time.

How did Microsoft optimise L1 cache for the bigger 14 CU shader array. Microsoft said no comment on L1 at Hotchips, would not talk about it.

How did Microsoft optimise LDS data store, as it has to store parameters from 14 CU instead of 10 CU, and LDS is normally a nottleneck even with 10 CU.

MS, How does the front end deliver work optimally to 14 CU per array instead of the usual 10 CU ? What is the typical performance hit ?

It seems 6800 XT is converting allot of work to primitive shaders in drivers and hardware, is XSX doing the same optimisations ?

It is not Sony who is missing performance, why do Sony need to explain anything especially when XSX design is very non standard dual purpose Server design and different to everyhing else evermade ?
Last edited: Nov 25, 2020
Reactions: edbrat and Md Ray

Still looking for the secret sauce even after release

Secret sauce is ps5 having no bottle neck like ram and cpu and hold its own performance against competition.
Reactions: Sw0pDiller, Riky and Eternal21

Are you still waiting for tools and secret sauce on the Xbox consoles?

Your quote about Xbox Series S is going to be laughed at for years.
Reactions: Riky, Eternal21 and Md Ray

Haven't you heard, the guys from Dirt 5 found it. 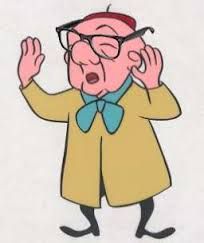 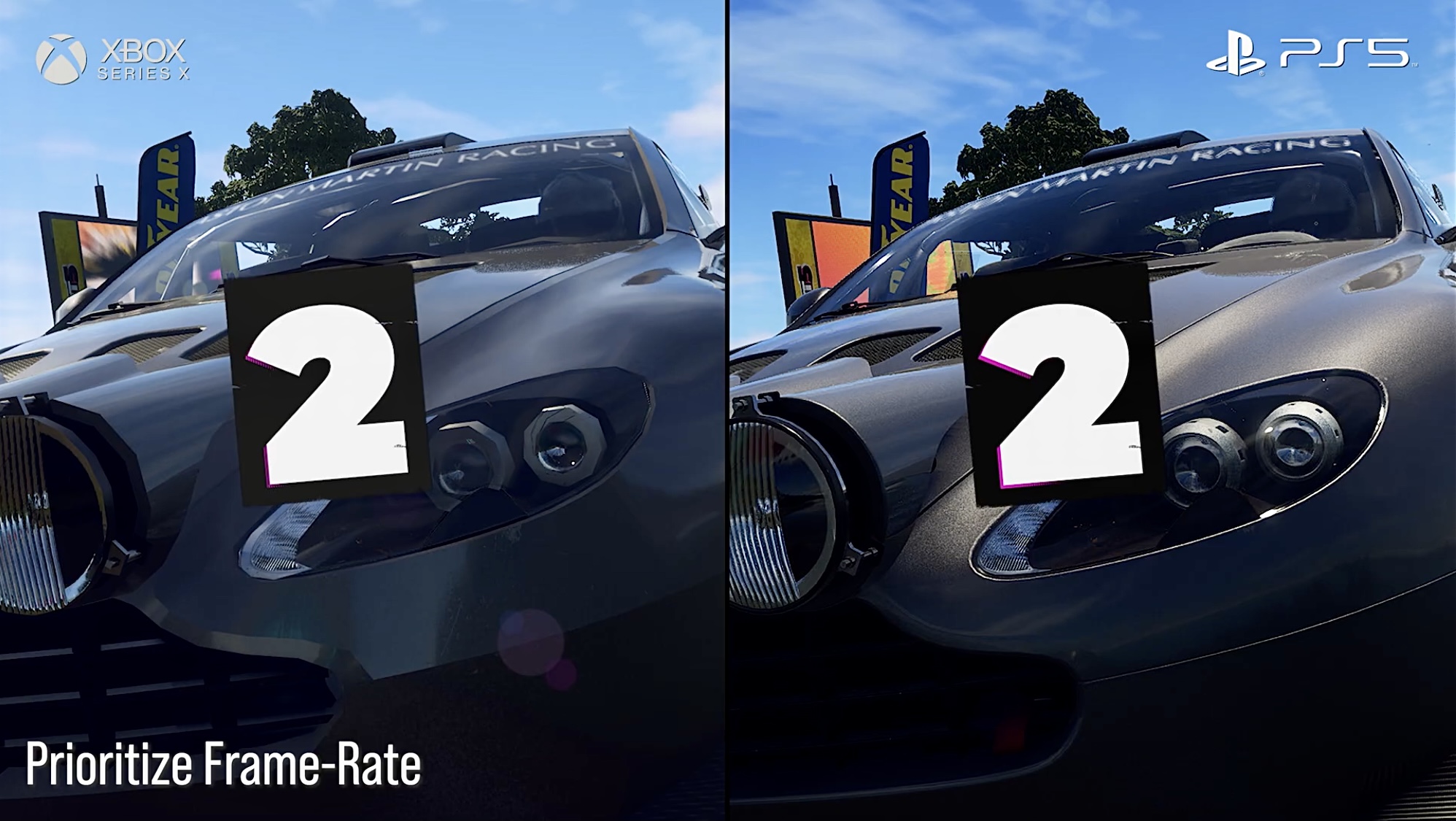 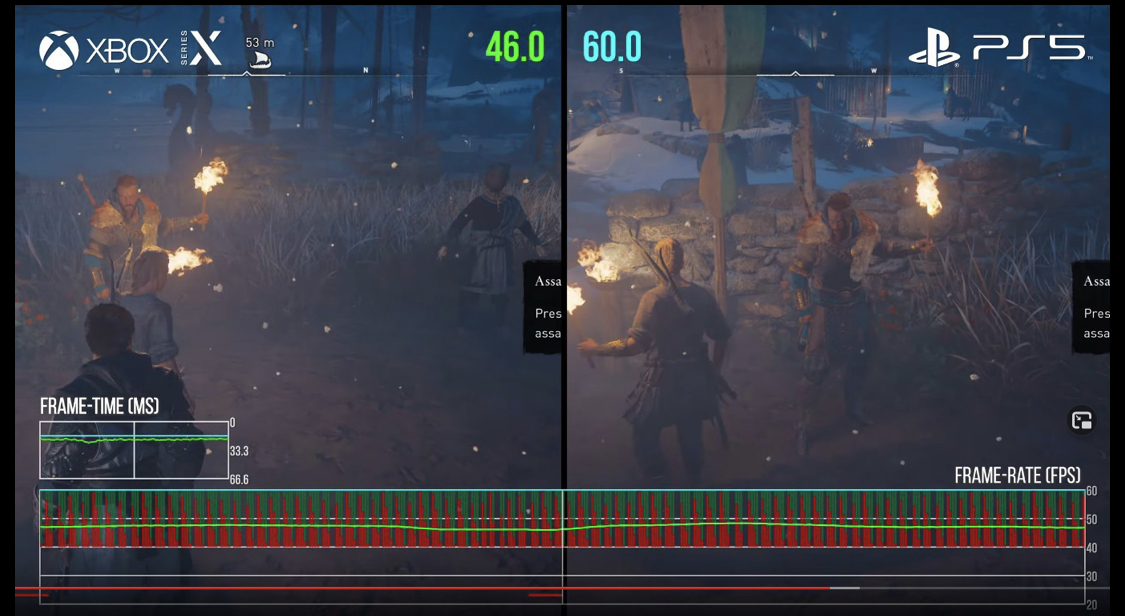 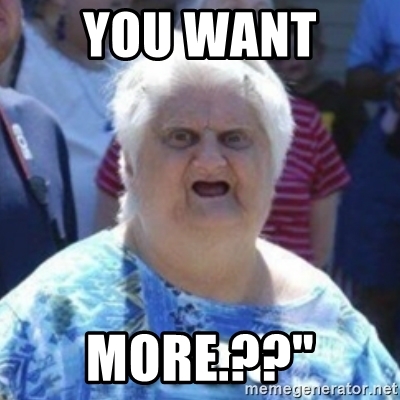 Reactions: Fake, cireza, Mokus and 3 others

Mokus said:
Haven't you heard, the guys from Dirt 5 found it.

You still quoting the bugs but cry in the Black Ops thread that it must be a bug why the framerate tanks, the irony must drip from your lips.

Sonic The Fighters said:
No someone who is smarter for only 100 bucks more, he will prefer to have the disc version of the PS5 or the SX.

PS5 DE is the bad choice imo.
Click to expand...

Yet xss is the only one that is available on the shelf at stores.

Not everywhere, but on EU they are available in multiple countries.

Atleast its not running in ms dos low preset like competition

. In order for competition to keep up with ps5 they had to use the pixilated no polygon setting . Secret sauce working in front of your face

FIREKNIGHT2029 said:
Sounds like damage control. I heard the Series S would be matching the Series X in everything but resolution. We even had people like Tom Warren expecting the Series S to outperform the PS5 thanks to its higher clocked CPU lol. Even with games like Assassins Creed that are locked to 30fps on Series S, the console isn’t hitting the 1440p mark.

The console is severely underpowered. The gen is not even even up to two weeks old and we are already seeing 360 era resolutions. I don’t care if it’s 120Hz or not, this shouldn’t be happening with a console that’s marketed as next gen.
Click to expand...

This was obvious just looking at the specs. Some people were talking about how old games were running on it but that was never relevant.

When it was announced my point was that it's going to look incredibly dated in a couple years time, and that you're better off sticking with your current-gen machine for the time being if you can't afford a proper next-gen console.

It's already struggling to run some cross-gen games at 1080p, imagine what it's going to be like as games get more demanding.
Reactions: FIREKNIGHT2029

I think I had enough of this. I will wait for the games to talk.

danielJackson said:
Yet xss is the only one that is available on the shelf at stores.

Not everywhere, but on EU they are available in multiple countries.

PS5 sold out ~5000 times faster than series x (5mins vs +2 weeks) so popularity is from another dimension
Click to expand...

Sony did an incredible job but still needs FPS, horror etc. games, a combination of games will win this generation

How many mainstreamers HONESTLY have a 120fps TV without that weird software auto smoothing stuff? Native 120fps? I just feel like this is comparisons for comparison's sake.

Either way, I'm excited for the next few years worth of devs learning the silicon.
You must log in or register to reply here.

Jason Schreier : What I actually said on Kotaku Splitscreen about the PlayStation 5's specs

Mar 20, 2020 started SenjutsuSage
Mar 20, 2020
SenjutsuSage
VICE: It's only a matter of time before Sony kills access to PS3 and Vita games entirely.

Oct 21, 2020 started SuperflySheriff!
Yesterday at 6:35 AM
God Enel
2 3
Opinion (*) Ali Salehi, a rendering engineer at Crytek contrasts the next Gen consoles in interview (Up: Tweets/Article removed)