thicc_girls_are_teh_best said:
You do realize they mention EA right there too, correct? 'Ya know, that EA, the same EA that...

..you know what, never mind xD. Guess the concept of "lip service" doesn't apply here, only when you've got a "paid friend" in the car for a few minutes.
Click to expand...
Except that's how EA runs their event so it's not just lip service?

That and Sony is doing a month-long fan engagement event in New York.

I wonder if Sony is basically banking on their 1st party > MS 1st party + 3rd party on XBox going forward. Meaning you will not see Sony paying for a COD timed exclusive or anything like that. Sony has all these games that sold > 10 million(Spiderman, GOW, HZD, Uncharted 4) that they feel the sequels will be automatic 10 million sellers in 9th generation. So they are going ALL in on 1st party and screw catering to the whole multi-plat scene which means E3.
Last edited: Jan 14, 2020

And nothing of value would be lost. We moved past this shit when broadband internet came around. Dear publishers: Just do a direct. And dear Sony. Do better directs. 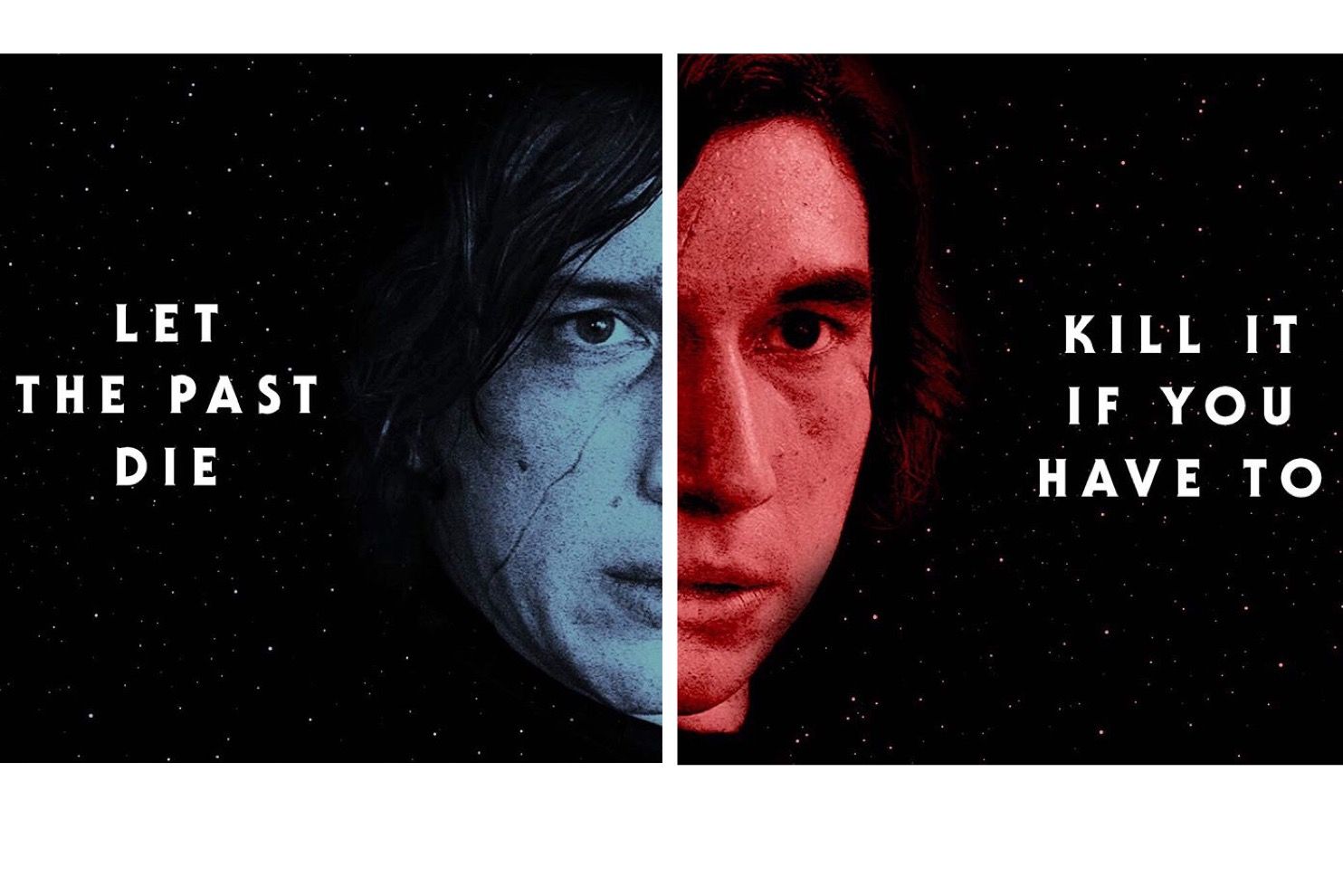 onehitflunder said:
Pretty sure that e3 has still a bigger pull than any of the other events.
Click to expand...
On the whole the organisers welcomed on the 5 days of the fair, from 21. August to 25. August 2018, about 1037 exhibitors from 56 countries and 370000 visitors from 114 countries on the gamescom in Cologne. 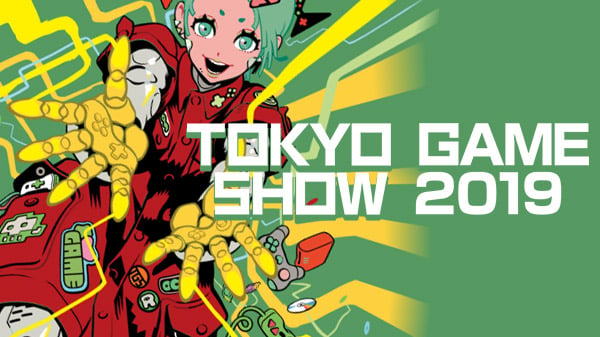 Total attendance for Tokyo Game Show 2019 topped 262,076 visitors, the Computer Entertainment Supplier’s Association announced. The the annual four-day exhibition ran from September 12 to 15 at the Makuhari Messe in Chiba, Japan. Here is an outline of the event, via the CESA: Tokyo Game Show...

No one gives a wet nuddle about Gamescom. No Press Conference, not even Sony´s one in 2018? or was it last year made a "ruckus around the globe". e3 still has that aura of being the best, everyone wants to go there. It´s like the Oscars of Video Gaming, while the others are like the Golden Globes without Ricky Gervais.

Gamescom, TGS = Cosplay Conventions + some Games (already shown at e3, most of them), same with PAX, Brazil, Madrid ... you name them. They are all few steps below e3 in terms of "magic, allure, history".

e3 = 100% about VIDEO GAMES
the rest, are more gamer centric aka "festivals"¿ Sony and EA want the e3 to be like that, not sure why. GamesCom is full of stinkers, the first few years were shit in Leipzig? And so far, GamesCom never had anything memorable to give ... except for :

It's not open to the public though is it?
P

Sony not attending E3 is a throughly calculated move. The question is, what was the motive? I think part of it was not being willing to contribute to hyping Microsoft, and from Sony's point of view, attending would be bringing their millions of fans to a venue that extols the competition. Why not have your own Expo without that distraction? Why contribute to your competitors viewership and exposure? Just a thought.

When, Sony's E3 booth was bigger, it was all doom for Microsoft

The E3 2017 floor plans were published today on May 31, 2017. They don't differ too much from the preliminary plans I posted earlier, but now they are available in interactive form. There appears to be some extra booths booked by Microsoft, though they aren't reflected on these floor plans (I...

Poordevil said:
Sony not attending E3 is a throughly calculated move. The question is, what was the motive? I think part of it was not being willing to contribute to hyping Microsoft, and from Sony's point of view, attending would be bringing their millions of fans to a venue that extols the competition. Why not have your own Expo without that distraction? Why contribute to your competitors viewership and exposure? Just a thought.
Click to expand...
Your bringing millions of fans who buy games for those who publish games on your system. Those guys also benefit and as a platform holder Sony has a responsibility to them. The event has people all over the world watching interviews demos, pressers ect over many days. It is a way for some of them to build buzz for lesser known titles or teams. Sony wins no matter what so to shit on those who sell software on their platform to "scew" a non competitive MS is stupid and childish.
Reactions: Blood Borne
J

Agnostic2020 said:
It’s actually other way around due to the fuck up of e3 and data breach of all journalists
Click to expand...
lol wut so you are admitting that sony is paying journalists? is it thats why they get so high scores for mediocre movie-like games or why does sony care?
also, since when does sony care about private data? did you guys forgot the PSN hack, where 70.000.000 million playstation gamers got their data leaked BECAUSE OF SONY? LOL
S

mejin said:
A small stage is big enough for Phil.
[/QUOT]
true.
The attending are from the market all over the world it’s not open to the public ... what a stupid tweet.
Great for doing business...
Click to expand...
Last edited: Wednesday at 8:44 AM

E3 is overrated. No event is bigger than YouTube.
A

JaffeLion said:
lol wut so you are admitting that sony is paying journalists? is it thats why they get so high scores for mediocre movie-like games or why does sony care?
also, since when does sony care about private data? did you guys forgot the PSN hack, where 70.000.000 million playstation gamers got their data leaked BECAUSE OF SONY? LOL
Click to expand...
What u say has absolutely nothigg Nd To do with what I wrote . You are all over the place with your warrior bs for your plastic box . Ignored.

Jtibh said:
Oh look another dummy account.
Joined.....2014......35 messages......yeah ban this account
Click to expand...
lol if he would post sony positive stuff, you would NEVER say that he should be banned, greta
Reactions: CurryPanda
V

ThaMonkeyClaw said:
How is it old data?
Click to expand...
You think 2016 and 2017 is the same year? You breathing correctly?

ExpandKong said:
How about the four random motherfuckers playing a generic military shooter together and dropping some sweet gamerspeak like NICE SHOT BRO or I COULD USE SOME BACKUP OVER HERE PICK UP THAT SNIPER RIFLE NOOBSLAYER69
Click to expand...
The overly-scripted fake chatter during those presentations is ridiculous.

E3 is far from overstated. It's historic for the games industry, and contrary to what some want people to believe, nothing out there tops it for impact, importance or plain name recognition. Sony isn't not attending because they don't want to, they're not attending because they'd can't. If they were able to I'm sure they would. Whether that's for financial reasons or due to strategic reasons, also likely tied back to financial, is anyone's guess, but Sony clearly feels it is something they cannot afford to do.

Another theory is that they caught wind of some major decision or big move in the games industry and don't want to be in attendance after it gets announced. That's just a theory, but if you heard that a megaton of biblical proportions is about to be dropped by potentially your main competitor, would you want to be in attendance when that happens if you have nothing to counter it? That hasn't stopped something along similar lines from happening in the past, but maybe this one will top them all.

Voost Kain said:
You think 2016 and 2017 is the same year? You breathing correctly?
Click to expand...
Ummm, I know they are separate years, but both had an eleven year lifespan, Xbox 360 from 2005-2016 and PS3 from 2006-2017, so based on the END of their lifespans that was their sales figures. I feel like you are just trying to stir shit up here...yes, PS3 sold for another year after Xbox 360 was done, but Xbox 360 got a year head start on PS3, in the end they both had an 11 year lifespan, that is all I am saying.
You must log in or register to reply here.
Share:
Facebook Twitter Reddit Email Link
Top Bottom