Jim Sterling is being sued by Digital Homicide

As of a few hours ago DH are no longer accepting donations and have added this explanation of the lawsuit to their webpage. I will get a screen grab tomorrow (Unless someone else does it for me before then!).

"After reading the onslaught of feedback I wanted to write a quick explanation here of the context of the current lawsuit. I have seen countless posts stating this lawsuit is in relation to opinion and criticism when in fact it has nothing to do with it.

This is not about someone not liking our games this is about someone printing defamatory and false information to you the public and convincing you something is true when it is not and causing massive damage to us in the wake. This is not about you as a normal individual hopping onto the internet and posting an opinion that may upset someone. This is about holding media figures and news outlets to a sense of duty to print factual information not just something to collect views and hits from.

Think of it like this, when you log on to the internet and say whatever comes to mind about someone else it's like walking down the street and you may accidently or purposely walk into someone. Most of the time it's just shrugged off with a hey watch where you are going. Now when you are a media figure printing articles with information you say is fact with 300,000 followers you are no longer just a person walking down the street you are a semi and can cause extreme damage to those you run into. Defamation has become even more relevant with the boom of the internet not just in the context of amount of articles but the way in which those articles are distributed. When a newspaper printed an article that held defamatory material it was distributed and that was it since that days paper had a limited quantity to distribute. Articles and videos of todays news are in fact a neverending printing press exposing the same defamatory statements over and over to new individuals every single day.

If you stop and think about what I have said here you will realize this is to protect you as well, you could be the next person an irresponsible semi driver plows into on the internet highway."
Click to expand...

They're asking for donations towards the lawsuit, I wouldn't be surprised if we don't hear from Jim on the issue until it's all sorted. 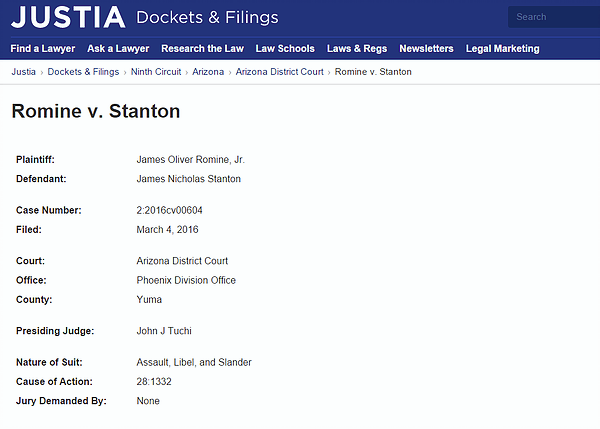 Jim has created a few videos about this issue and these are a select two.

I've taken a screen grab of the whole webpage so you no longer have to give their website any attention.

This is the infamous interview that Jim did with DH, click here.
K

They're asking for donations towards the lawsuit, I wouldn't be surprised if we don't hear from Jim on the issue until it's all sorted.
Click to expand...

Who and why?
S

Its like Randy Pitchford, its better to simply shut up but no, they keep digging themselves...
G

Some context would be nice OP. I know who Sterling is but I don't follow him closely enough to know why these guys are mad at him, or who they are, even.
S

These guys are not just going to let it go. Hope Jim Sterling wins this case which I expect him to do if it's not dropped.
C

I didn't know either, had to look it up.
D

Digital Homocide make bad games and were called out for making bad games. If this goes any further, it just sets a bad precident.

Anywhere I can donate to Jim Sterling's defence?
L

H1PSTER said:
They're asking for donations towards the lawsuit
Click to expand...

Wow, that's uhhh...... wow. Can someone explain to me the basis on which they're suing him?
EDIT:

I didn't know either, had to look it up.
Click to expand...

What on earth are thy thinking
P

Not surprising, he threatened this in the past.
O

I am so excited Jim Sterling is being sued. His response will be legendary.
A

That dude simply will not stop. Sterling is going to have a field day with this.
S

Glix said:
Some context would be nice OP. I know who Sterling is but I don't follow him closely enough to know why these guys are mad at him, or who they are, even.
Click to expand...

You should start by watching Jim's video about Digital Homicide.
M

Asking for money for a defamation lawsuit? That's gotta be new.
J

I hope their calls for donations leads to Jim getting more money for his Patreon.
R

The next episode of the Jimquisition will be amassing.
Z

Digital Homicide must be one of the scummiest indie developers out there.
N

Jim has already said in an episode that according to his lawyer they have no case against him. While their fuck ups already destroyed their reputation this is going to dig them an even bigger hole than that.

What a garbage company.
W 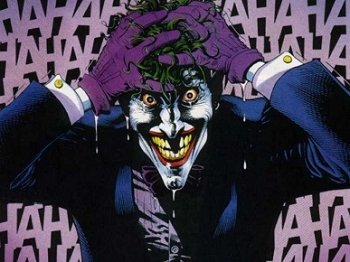 lol! This is the real pressing matter of the OP's post!
A

An absolute failure.
A

Fuck these guys so much.
S

Well Jim will have this in the bag and these scumbags will have their name destroyed even worse. Should be fun to watch.
E

That interview he did with Digital Homicide was incredible, and I don't even normally like Sterling.

Hopefully something equally amusing comes out of this. Digital Homicide is an amazing band of chucklefucks.
O

And here I thought his real name was Jim Fucking Sterling Son.
A

zenosparadox said:
Digital Homicide must be one of the scummiest indie developers out there.
Click to expand...

Yup. Instead of trying to get better, they're going to accept their fate as a hated company and are only going to get all kinds of hate. Not that it should happen (and if it does happen fuck the people who do it), but DH is going to get death threats, no doubt.
P

His name isn't even Jim Sterling, what the h is my world coming to?
L

Kickstarter for a lawsuit.


PeskyToaster said:
His name isn't even Jim Sterling, what the h is my world coming to?
Click to expand...

Well this is gonna end horribly for them. About time they get shut up for good. I mean this has been going on for what, like two years now?
N

If his appearance on Jims show is any indication, this guy is delusional and not very bright. Probably better for Jim to let a lawyer deal with this clown.
L 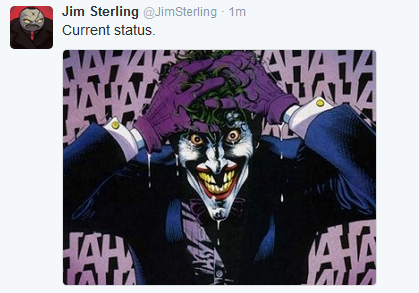 Even if this goes to court, i'm sure someone would cover Jim pro bono.

Digital Homicide is only going to lose money on this case.
X

"As evidence of my claims that nothing I've said is libel or defamation, I now ask the court to play a minimum of five minutes of literally any Digital Homicide game."

Does it still count as cruel and unusual punishment if it's something being presented as evidence and not a judgment?
F

How much hurt can butt hurt hurt if a hurt butt hurt?
L

Watch DH getting tons of donations because of a nasty variant of crocodiles.

A) What statement in particular are they claiming is slanderous / libel?
B) Assault? Is it possible to commit assault over the Internet? Which country is this?

I just don't see the sense.

That was my biggest takeaway from this as well.

I kinda want to throw some money at Mr. Sterling just on principle.
O

This must have come as a result of his latest Best of Steam Greenlight video calling out DH for putting up 18 games on Greenlight. They probably thought he was too much of a meanie poop head for suggesting that good games take time and effort. I know they threatened him before plenty of times, so I guess this was the final straw for them.

Beautiful. That said, I assume he'll stay silent on the matter until it's resolved - no reason to potentially hurt a guaranteed win.
You must log in or register to reply here.

Jim Ryan: Suppy & distribution chain problems for PS5 have been resolved [In Asia]. Promises to distribute more PS5s in Japan (and Asia) in 2023.

Lady Jane replied
Aug 1, 2022
[Eurogamer] Here's how much power your consoles use, and how much that costs in the UK
2