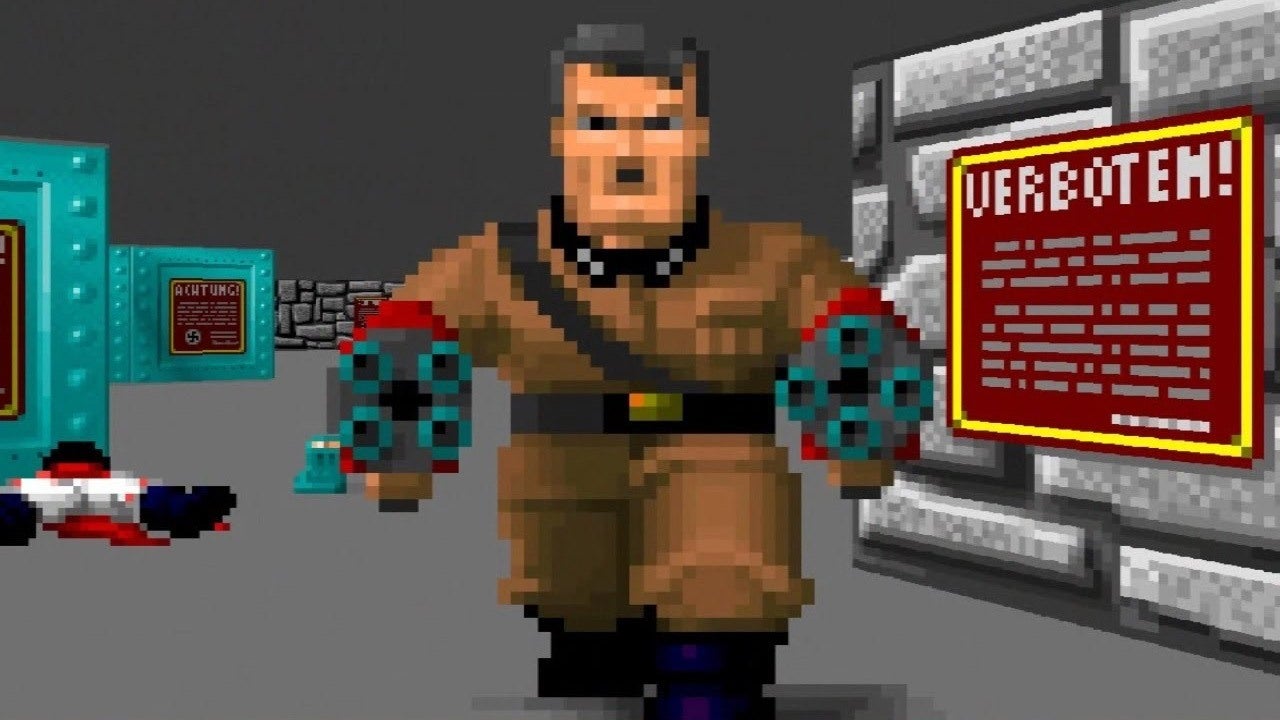 During a talk at GDC 2022, Wolfenstein 3D and DOOM designer John Romero recalled how only $100,000 stood between Sierra On-Line purchasing id Software in 1992.

What if King's Quest developer Sierra On-Line had purchased id Software before it had a chance to make DOOM? It's a fascinating "what-if" in gaming history, and it might have happened if Sierra founder Ken Williams hadn't balked at the extra $100,000 needed to close the deal.

John Romero, who founded id Software and played a key role in designing DOOM, related the story of Sierra's near-acquisition during a talk earlier today at GDC 2022. In the course of discussing the development of Wolfenstein 3D — which was completed in less than six months — Romero took a detour to recall Sierra's offer to purchase id Software.

According to Romero, id Software came to Sierra's attention after Romero sent Ken and Roberta Williams a copy of one of the studio's Commander Keen games. Ken Williams was impressed and invited the id Software to California to "talk business."

At the time Sierra On-line was a PC development powerhouse, having found great success with the King's Quest series and a host of other releases in the mid-to-late 1980s. Romero recalls being impressed by Sierra's picturesque studio, which had more than 200 developers and was nestled in a town not far from Yosemite National Park. By contrast, id Software had just four employees.

The id Software showed Ken Williams an early version of Wolfenstein 3D, and Romero recalls being "dumbfounded" by his response.

"After about 30 seconds of watching, he wanted to show me the new game they were working on, Red Baron Online," Romero said. "I was dumbfounded. Like, here's the future, the start of a new genre: the first-person shooter. And Ken could not pay it any notice."

Williams, for his part, was reportedly shocked to hear that id Software was making $50,000 per month from its shareware model, which was exploding in popularity in the early 90s. He offered to acquire id Software for $2.5 million in company stock.

Romero says id Software was thrilled by the offer, but decided to ask for an extra $100,000 in cash up front.

"Ken thought about it for a second, then he was like, 'No thanks, but good luck with everything.' So the 100k was a little too rich for him," Romero says.

The destinies of Sierra On-Line and id Software diverged wildly after that encounter. Just a few years later, Sierra On-Line was acquired by CUC International, which put it on the path toward collapse and closure. In the meantime, id Software made DOOM, which propelled it into the ranks of the most famous studios ever, later to be acquired by Bethesda and eventually, Xbox.

Had id Software decided to go forward with the deal, it may have met the fate of Red Baron developer Dynamix, which was shuttered amid a restructuring effort in 2001. Either that, or the success of DOOM might have pushed Sierra On-Line away from its fateful acquisition. Either way, gaming history might have been very different.

As it happens, Ken and Roberta Williams recently returned to the games industry after a lengthy hiatus. They are currently working on Colossal Cave 3D — a massive update of the classic 1970s text adventure. As for Romero, he recently made a new level for DOOM 2 with all proceeds aiding refugees from the Ukraine conflict.

Man that coulda been wild. Ids tech with sierra pushing games out monthly?

Imagine looking back knowing you passed on ID and by extension Carmack, Romero and Wolfenstein. Helluva "What If" story.

Interesting to fast forward and see Activision owns the Sierra IPs these days...they eventually ended up under the same house.
Last edited: Mar 24, 2022

id dodged a bullet, as Sierra became a shyt show and died a quick death. Sucks, as I loved Dynamix back in the day.

Havoc2049 said:
id dodged a bullet, as Sierra became a shyt show and died a quick death. Sucks, as I loved Dynamix back in the day.
Click to expand...

I always wanted to play one more "Stellar 7" game from back in the day.

DonJuanSchlong said:
I always wanted to play one more "Stellar 7" game from back in the day.
Click to expand...

Old school C64 or newer Amiga version? I only played the C64 version myself.

I need to sit down one of these days and play my copy of Stellar-Fire for the Sega CD that I bought years ago.

Havoc2049 said:
id dodged a bullet, as Sierra became a shyt show and died a quick death. Sucks, as I loved Dynamix back in the day.
Click to expand...

Sierra would had done nothing with id's 3D tech. And they definitely didn't seem interested in shooters.

At best, id's tech would be shoehorned into making their FMV adventure games and their endless Hoyle's card games look a bit better.
You must log in or register to reply here.