Jia Tolentino, who writes for The New Yorker, has parents who have been indicted for a great many crimes.

What they are said to have done is, in short, bring immigrants from the Phillipines into the U.S. so the immigrants could get jobs as teachers, charged them a $6,000 “security bond” (that was never actually given back), loaned them money (on which the immigrants were charged 60% interest), gave them illegally-obtained visas gained using fake contracts, gave them unfurnished living quarters which they had to share with 16 people, starved them, threatened the teachers’ family members that they were going to be sent to prison if the teachers did not pay up, and got anyone deported who either didn’t pay up or tried to whistleblow the whole operation.

Her father took a plea deal where he would plead guilty to defrauding the U.S. government. The charges against the mother, whose involvement couldn’t be so easily pinned down, were dropped.

Here is the start of a twitter thread that goes over the more damning allegations as well as witness testimony:

Here’s an article talking about the case back in 2004:

Ring smuggling Filipino teachers into US busted – The Manila Times

DALLAS—Federal authorities said they have uncovered a scheme to lure Filipino teachers to the United States with false promises of jobs in Texas school districts, charging five people with conspiracy to commit alien smuggling and fraud. Two former West Texas public school administrators and an...

Here are articles discussing it from the teachers’ perspective: 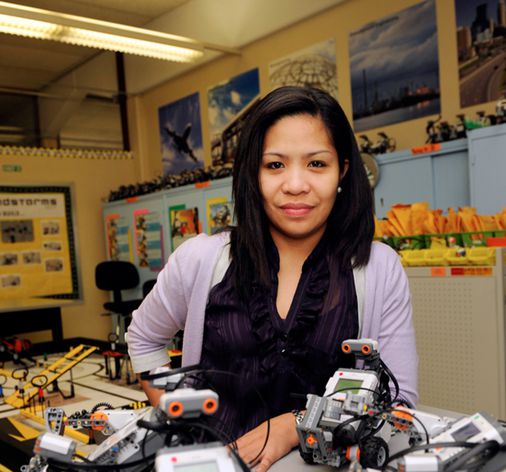 More than 60,000 H-1B visas for public school teachers have been approved since 2001, according to US Citizenship and Immigration Services data. Most arrive in the United States deep in debt, after having paid fees of many thousands of dollars to recruiting agencies. In Baltimore alone, 600...

Working In These Times is dedicated to providing independent and incisive coverage of the labor movement and struggles for workers' rights.

Jia claims that her parents’ indictment is an injustice against her parents, and that they did nothing wrong. She claims this with no source other than her second hand accounts of both her parents’ word and the word of supposed “immigration lawyers” who are never named and whose consultation is never expanded upon. She never brings up the more serious allegations, and only brings up the allegations her father had plead guilty to, which was lying to the government.

What is far more anger inducing than her attempting to whitewash the actions of her parents and pretend that they are innocent victims, is the willingness of a great many journalists to support this whitewashing and look down upon any who are skeptical.

Here is a short, non-comprehensive collection of journalists who have exclaimed blind support:

Jenna Wortham - New York Times
Click to expand...
They are showing a characteristic lack of caring for the truth, and are willing to defend literally ANYTHING so long as one of their own (who has obvious reason to lie) says “nuh-uh”. These are the people that believe they know better than the common people, who believe they are worthy of telling you what to think and what to feel, currently blindly believing the word of extortionist fraudulent traffickers without a second of fact-checking.

This behavior is unsettling, but not the least bit surprising.
Last edited: Friday at 7:38 PM
Reactions: Torrent of Pork, DunDunDunpachi, Tesseract and 1 other person

Journalists, enemy of the people.
Reactions: cryptoadam and Whitesnake

Maybe a bullet hit the hard drive of the school's computer and that's why they couldn't get the teachers paid.