Konami preparing for the next MGS

Metal Gear Solid V: The Phantom Pain has proven to be a hit, selling five million copies worldwide. According to today&#8217;s Nikkei, the Tokyo-based fitness company has began internal talks about the next Metal Gear title.

The print edition of Nikkei (via 2ch) reports that Konami is mulling over plans for another title in the popular stealth series. The newspaper adds that Metal Gear creator Hideo Kojima, who is apparently on vacation, has not said whether or not he&#8217;ll be involved in the next title.

&#8220;When we start development, a large-scale investment will become necessary,&#8221; Konami is quoted as saying by the recent Nikkei article.
Click to expand...

Thanks, but no thanks.
P

Are they still saying he's on vacation?
S

Not looking forward to MGS without Kojima.
A

Can pachinko have microtransaction insurance?
I

Guessing it'll be an Assassin's Creed style sequel that comes out Fall 2017 that is almost mechanically identical to MGSV with some new minor mechanics and new weapons/vehicles/buddies.
T

V has hit the jackpot!
D

Give money or someone steals your phone.
D

If they're serious about making a real game, sure why not? But most likely they just want to shit out some micro transaction delivery system.
J

Such a lust for gambling.
I

The newspaper adds that Metal Gear creator Hideo Kojima, who is apparently on vacation, has not said whether or not hell be involved in the next title.
Click to expand...

We are waiting with bated breath.
5

RedNumberFive said:
Thanks, but no thanks.
Click to expand...

It's hilarious that a lot of people will be saying this now, but not when that shit drops..

Exactly. Honestly at this point if they even made a new game I wouldn't even want to touch it. Nooooooope.
D

I think Konami denied it and said he was on vacation. Even though everyone knows it's bullshit.

I will not be surprised if they tried to make another major MGS game that does everything they wanted to do if Kojima was not around to say no.

Like most franchises where the creator(s) have left the production reins, I do not expect it to have its own identity going forward.
G

Poetic.Injustice said:
Are they still saying he's on vacation?
Click to expand... 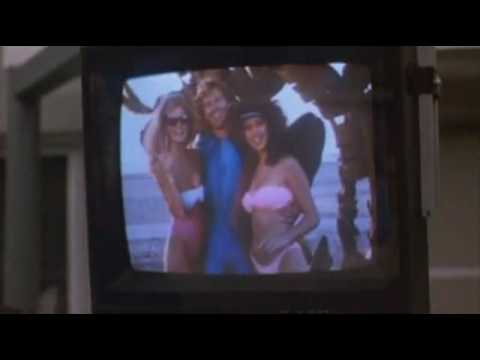 It's from Running Man in case you don't get the joke.
X

Poetic.Injustice said:
Are they still saying he's on vacation?
Click to expand...

Does Konami have any good developers left? Or will they just outsource it to mediocre studios in the west and kill it slowly like Silent Hill?
S

He just went out to buy some cigarettes, hel be back any minute now

This is telling lol:

I know they own gyms in Japan, but being described as a Tokyo based fitness company?

Cool. Please make sure it has cutscenes, over-the-top ridiculousness, decent voice-acting and no open-space bigger than the GZ map.
H

the newspaper adds that Metal Gear creator Hideo Kojima, who is apparently on vacation, has not said whether or not he&#8217;ll be involved in the next title.
Click to expand...

How can they (Konami) get away with blatantly fucking lying about his departure from the company like this? It's a well-known fact that guy have been fired already ffs
G

Why is everyone assuming it will be a Metal Gear Solid game? The 'Solid' saga is over and done with now, with Phantom Pain wrapping it up in one tidy parcel. I daresay we will see a new Metal Gear game, but I reckon it will be seperate from the Big Boss/Solid Snake saga, and will drop the 'Solid' from the name.
A

I'd be stoke if they took the Fox Engine and used it to recreate MGS3 in a seamless, open world with all of the original story and voice acting. That Fox Engine gameplay and AI is too great to abandon. They'd have to enlarge each forrest-y corridor and fill in all the gaps for the locales, but it's a dead on ringer for a remake. I'm also pissed there was no real forest in MGSV.

Or, for the love of God, make Metal Gear RIsing 2.
R

I may get some shit for it, but I will not write the next MGS off, regardless of whatever could've happened. While I didn't enjoy MGSV very much, I still have interest for the franchise overall and who knows what can they achieve, even if it's something quite distant from what Kojima would've done.

All providing that they're interested in making a proper game.
H

entrement said:
This is telling lol:

I know they own gyms in Japan, but being described as a Tokyo based fitness company?

Sponge said:
Not looking forward to MGS without Kojima.
Click to expand...

I'm not gonna look at it at all.

I came for this mans vision, and MGSV already reeked of Konamis slimy hands.

Drencrom said:
How can they (Konami) get away with blatantly fucking lying about his departure from the company like this? It's a well-known fact that guy have been fired already ffs
Click to expand...

Can't even muster enough interest to make a snarky comment. Do whatever you're going to do, guys.
R

Hey, it might end up being better than MGSV.

"Hello, this is Konami"

"Yes, may I speak to Hideo Kojima?"

Hmm, must be on vacation
T

I can see it now

Putting in those quarters in that Pachinko machine

Getting a winning combo to hear Ocelot say,

"You're pretty good", over and over again.
A

If they're working on a proper game (rather than a MGS-skinned gambling machine), I'm totally interested to see how it turns out. After all, the best metal gear didn't have much Kojima involvement (which is METAL GEAR RISING: REVENGEANCE, for those having trouble keeping up).
R

Oh. This will obviously end well.

I'd date Eva and Rosemary
L

Umh, first a rumor about Konami LA closing, meaning MGO death, and on the same day a new MGS? BAH.
B

I'll just look forward to what Kojima and his buddies will do next instead.
M

Will this game also be unfinished with lackluster cut scenes?
D

Good luck with that.
G

Rodin said:
I'd date Eva and Rosemary
Click to expand...

I'd date Quiet. Just staring each other in complete silence.
T

I wonder if Kojima is vacationing at the same resort members of Team Silent are?
You must log in or register to reply here.