Konami has stated that its Pro Evolution Soccer successor eFootball will essentially be a demo when it releases.

As part of a new Twitter thread addressing fan questions, the official eFootball account addressed players who have been asking if the game’s launch in early Autumn will be “basically a demo”.

“In many ways, yes,” it replied. “We want people to get hands-on with eFootball as soon as possible, so we will launch with a limited number of teams and modes. Exact details to follow.”


According to the roadmap provided as part of eFootball’s official announcement last month, the game will launch with the ability to play “local matches” with nine different clubs, as well as the ability to play cross-generation matches (PS5 vs PS4, Xbox Series X/S vs Xbox One).

Later in the Autumn the game will add support for online leagues and a team-building mode similar to the myClub mode in PES titles (although its new name has yet to be confirmed).

Cross-platform matches will also be implemented at this point (allowing PlayStation, Xbox and Steam players to compete against each other), along with a season pass system.

Then, in the winter, Konami plans to add iOS and Android players to cross-platform matches, and kick off a series of eSports tournaments.

Elsewhere in the thread, the studio confirmed that:


Konami announced last month that the next game in its long-running football series would be free-to-play and have a new name.

The new game will be released on PS5, PS4, Xbox Series X/S, Xbox One and PC in the Autumn, with iOS and Android versions following later.

Although the game will be free, Konami says that more content and game modes will be released after launch and some of these will cost money.

“As a digital-only title, Konami will regularly add new content and game modes after launch this Autumn,” a statement from the publisher last month read.

“In the future, certain game modes will be sold as optional DLC, giving players the freedom to build an experience that follows their interests.”

Well its totally free to play so its fine imo.
Reactions: donfonzie and Portugeezer

We'll see if this F2P stuff will give the franchise a boost, I can't imagine it will do much though.

Its free. doesn't hurt. But there won't be a complete package before the season is probably halfway done. To be very honest for the last few years found the demos of PES better than the full game lol.
Last edited: Aug 3, 2021
Reactions: Portugeezer

It's the same model as pes lite has been for years.. its myclub focused

what happend to Seabass ? Did he leave ? I can’t imagine him being happy with this
Reactions: PaintTinJr and Bojanglez

At least they are setting expectations. I guess now it is a game as a service, the idea is to get it out and iterate as fast as possible. It is just that they risk losing the good will of their existing fanbase in doing so.

When your competitor is the behemoth FIFA, shouldn't you try just a little harder?

martino said:
there is no end to depth of gaas pit
Click to expand...

First they stopped GTA having an incentive to release multiple new games each generation. Now they are coming after my beloved PES.

The glory days of the PS2 seem like a lifetime ago
Reactions: PaintTinJr and bellome

A big middle finger to long date fans of the serie who simply love to play PES the old way sitting on a couch with some friends.

The death of master league?

A demo at launch, that's pretty much most games nowadays.
Reactions: Evil Calvin, justiceiro and SaturnSaturn

TheKratos said:
The death of master league?
Click to expand...

Have you tried reading the OP?

I think its fair enough, f2p for the online paypigs, and who knows what master leauge will cost, will probably be cheaper then the main game would have been
Last edited: Aug 3, 2021
Reactions: Hawking Radiation
K

You know, there's no point giving the source at the end when you're going to copy and paste the entire article.

Meh, you only need one football game in your life 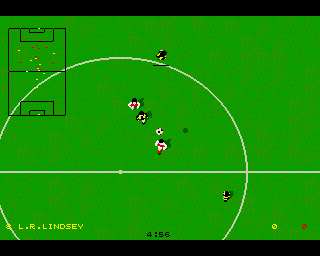 Do we know which are the clubs that will be there day one? 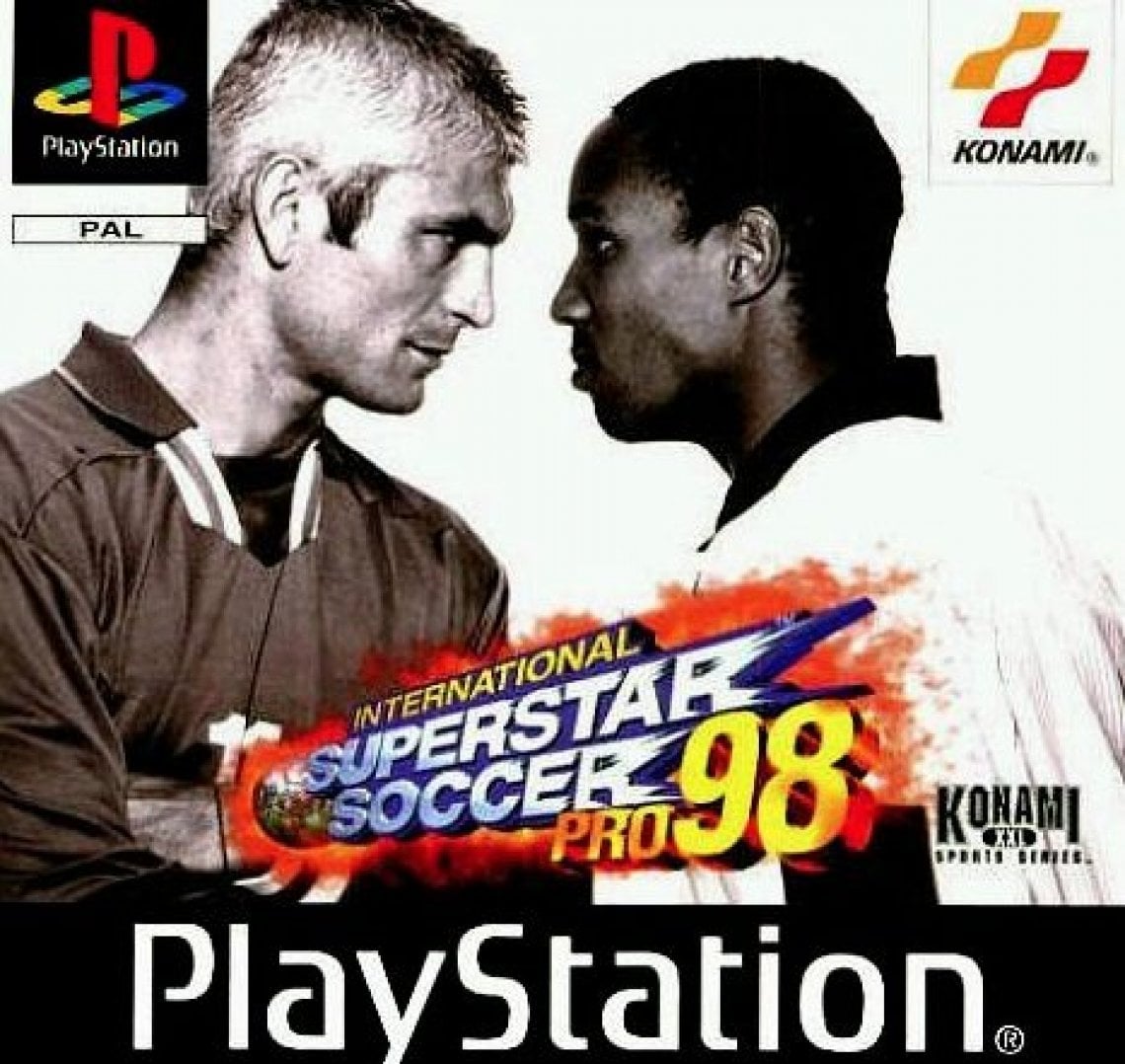 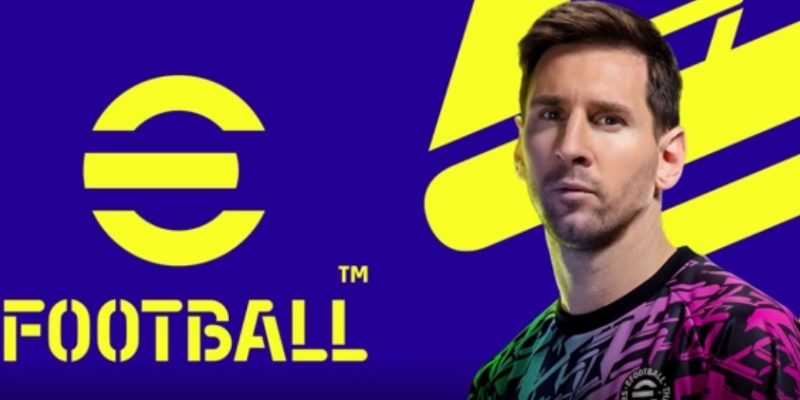 The thing that hurts me more is that i bought almost all Konami football games since it was called ISS, hoping this could help them developing each year a better game but this is what we get.

They are a bunch of idiots following market trends instead of focusing on what made PES a beloved franchise.

They would even make a lot of money in the short run but the risk to end up with an irrilevant IP from now on is higher than ever.
Reactions: NeoIkaruGAF, Dazfeeder and martino

Well, they fucked MGS up and now PES.
Reactions: DigitalScrap

Hopefully this will die a horrible, horrible death, just like Marvel's Avengers. The more these piece of shit GaaS games fail, the less and less we'll get of them.
Reactions: emilegc and bellome
K

Well im a casual player and definitely won't give 60eur for game. So being free2play is great
Reactions: Hawking Radiation

Can everyone keep playing pes 2021 till I can finish my England team, still got to get Pickford, Saka, Kane

Dr.Morris79 said:
Can everyone keep playing pes 2021 till I can finish my England team, still got to get Pickford, Saka, Kane

I hate that awful logo, it looks like something a financial service or payment card would use.

I think Konami have taken the GAAS model a bit too far with this, they are releasing way too bare bones and looking out too far ahead with where they want the game to be. The cross-play with mobile has made the game look like an up-ressed PS360 era game on the latest consoles and PC. With mobile being the lowest common denominator it's going to take a good few years for tech to improve and for Konami to be able to improve the visuals to anywhere near a passable standard. I hope that Konami are not expecting a return on investment for this game any time soon, they have got a long road ahead of putting more money in than they are going to be getting out until the game grows enough in content and visuals to compete with (the already lacklustre) Fifa franchise.

Some games have been shit at the begining and then they blow up in popularity, you may never know.

I hope they left the developer keys active so you can press a button and make the players fly.

They want money as fast as possible before customers dip out. Sports video games are such a scam for years now, why would this be any different?

Master League paid DLC. I'm cool with that. It won't cost $60 for this mode.

SaturnSaturn said:
Have you tried reading the OP?

I think its fair enough, f2p for the online paypigs, and who knows what master leauge will cost, will probably be cheaper then the main game would have been
Click to expand...

Yes I did and paid DLC makes me shiver, the quality will be less and I fear will be a stripped down version. That's my pessimistic feeling of course, let's see.
Reactions: SaturnSaturn

man their Xbox player base must be so small. I am guessing this is because you cant import option files from external source on xbox?

This game sounds horrendous btw, all those hopes and dreams that they would use unreal engine to reinvent the game and improve on animations.... nah it was just so they could get the game on mobile and milk them for all they got aswell

Man that trailer was so sterile and boring. Felt like some dude explaining an accounting software instead of something that should be exciting.

If this was the 360/PS3 era, every company would be telling gamers a "demo" is available to download. Hell, it's right in the file name..... XXXXX Demo.

Now, game companies release demos and try not to say it is one unless asked.

Shame on you Konami!
T

They need to patch in a shot clock or something to make the core gameplay less horrendously boring.

Maybe accurate, but that's what causes the boredom.

Pass sideways, pass back, sideways, back, randomly boot it forward. Goalie gets it. Massive boot upfield. Repeat for ninety minutes.

I for one am surprised to learn that Konami is still making video games.

I'll insist that this type of games that attempt at yearly releases or several versions like fighting games can be better off with the service model for a time (hopefully not forever but something like 1 per generation).
You must log in or register to reply here.