DC is really churning out these various DTVs now

Guess what happens when you have... at least 3 different lines going right now. 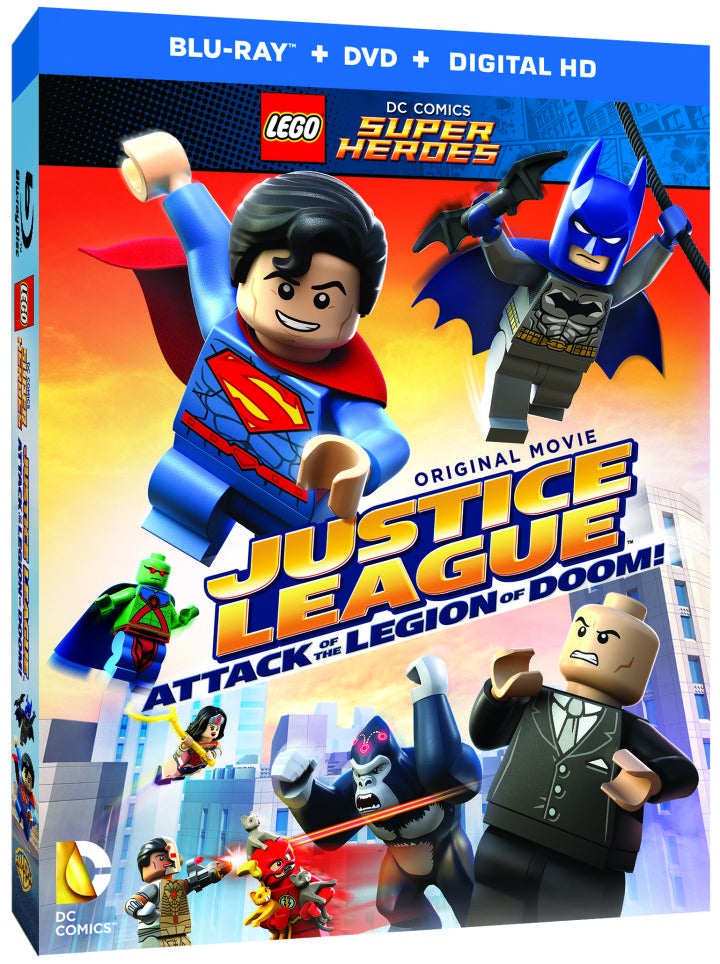 This is due out in August and IGN has the trailer

"Crime is on the run as the newly formed Justice League keeps Metropolis safe and this makes evil genius Lex Luthor very unhappy. Together with Black Manta, Sinestro and a gang of ruthless recruits, Lex builds his own league and declares them the Legion of Doom. With this super powered team of terror and a plan to attack the top-secret government site, Area 52, can Lex finally be on the verge of victory? Sound the alarm and get ready for the bricks to fly when Superman, Batman, Wonder Woman and the rest of the Justice League face off against the world&#8217;s greatest Super-Villains! It&#8217;s the next all-new original movie from LEGO® and DC Comics."
Click to expand...

awesome keep them coming DC, I found these and the new Unlimited one far more enjoyable than their latest more adult oriented releases
S

Enjoyed this one A LOT, much more than Bizarro League to be honest. Production values seem to have been ramped way up, and I genuinely laughed at some of the gags. This might be the first time in a long time that I haven't found Cyborg annoying, and the scale of the final battle was impressive. One minor quibble: since Cyborg wasn't it, Hal became "the annoying one" this time around, and his one-upsmanship with Flash to impress Wonder Woman grew tiresome. I mssed Guy; he might've been annoying too, but at least he could have been Guy annoying.

Also, Superman is subtly condescending and a little dickish.

Ending spoiler:
Darkseid teaming up with Brainiac next.
The bonus LEGO figure is Trickster, who's played by Mark Hamill in the movie. Mark Hamill voices Sinestro too, but surprisingly not Joker.