PharaoTutAnchAmun said:
Thats 100% spot on. The term AAAA game is invented by the MS PR machine and it is complete b*s.
What next MS, a AAAAA game, like let whe say Starfield?
Click to expand...

Starfield is a standard AAA game made by roughly 400 people.

A: Undertale
AA: Plague Tale
AAA: Basically everything with a high budget


AAAA: ?? Hard to say... has to be something with huge budget and production value. I can only see Rockstar games reaching this status as of now

iorek21 said:
From my perspective:

A: Undertale
AA: Plague Tale
AAA: Basically everything with a high budget


AAAA: ?? Hard to say... has to be something with huge budget and production value. I can only see Rockstar games reaching this status as of now
Click to expand...

We already have something that covers the Rockstar Games status. It's called AAA.

Cost of making games has taken a massive rise in the past 2 years mostly due to wage rises in the AAA space.


Something like that. My numbers are just finger in the air.

The budget scale is pretty much meaningless these days. There used to be a time when more money spent (in regards to game-development) either meant, more time for development, more people working on a game, or both, (usually) resulting in a better quality game. That's why people started categorizing games into A, AA, AAA. For example, Final Fantasy VII was definitely a AAA game back then, with a staff of 100 to 150 people working on it, at a time when the usual dev-team sizes were like 20 people.
The high budget helped to make the game truly marvelous in many aspects: size, visuals, presentation, music, story, gameplay. It also directly translated into a much shorter development time, since it only took FF7 around one (just "one") year to be finished. This wouldn't have been possible with a smaller team - at least not this quickly. However, at the end of the day, it was the quality of the team and their directors, writers, producers etc. that actually made the game so great (money well spent I'd say).
In the last 15 years or so, AAA budgets have been much more common as well as huge development teams (100 to 300 or more people), but it didn't necessarily mean the games got better. In fact game quality has been all over the place and development time got much much worse.
I would even argue that "AAA" has lost much of its positive connotation today, as it mostly stands for: severely restricted creative freedom in development, very long development times (focus on too much presentation and graphical set-pieces to make it look more "premium), thus (often) resulting in overly formulaic, generic-looking games with expensive presentations that (often) end up not being that good.

RDR2 and TLOUp2 they are the only AAAA I know...

My problem with the entire model is that the prices aren’t indicative of quality.

There is indie, AA, and AAA.

I’m not willing to pay that $70 price tag for an indie or even a bit of AA games.

Remasters, game collections, and most Japanese games (I like these) don’t belong at that price point.

I think if you take some of our favorites from the psx and ps2 era and compare them to games now they would seem indie or AA in terms of graphical quality and new gameplay ideas.

There should be more games at that middle tier that take chances and can be stylized and not be super realistic walking sims with RTX shadows and reflections or this vocal minority keeps harping about “shit graphics”.

Can we have AAAAA for more than 1 billion budgets ?

squarealex said:
RDR2 and TLOUp2 they are the only AAAA I know...
Click to expand...

AAAA is sham. It's fools gold dipped in snake oil.

What are games like SMT Nocturne, Digital Devil Saga, Breath of Fire 3-5, Suikoden 1-5, Resident Evil 1 Remake, Skies of Arcadia, Saga Frontier 2, Yakuza 0
How many A's do they have?

Xeaker said:
What are games like SMT Nocturne, Digital Devil Saga, Breath of Fire 3-5, Suikoden 1-5, Resident Evil 1 Remake, Skies of Arcadia, Saga Frontier 2, Yakuza 0
How many A's do they have?
Click to expand...

I would assume AA area? Given some money, but nothing huge.

I voted for AA because we really need to see that region of games boom again. I agree with a lot of the posters here, we don't even need to pretend AAAA exists.

GametimeUK said:
Neogaf and this thread in particular are going to be the deciding factor in how the world define "a"-"aaaa". If we as a collective agree to your proposition you will go down in history as the man to finally put this pressing issue to rest. Godspeed, sunshine. Best of look to ya. It's good to be discussing the important stuff on Neogaf again.
Click to expand...

Not going to lie: that'd be really cool. 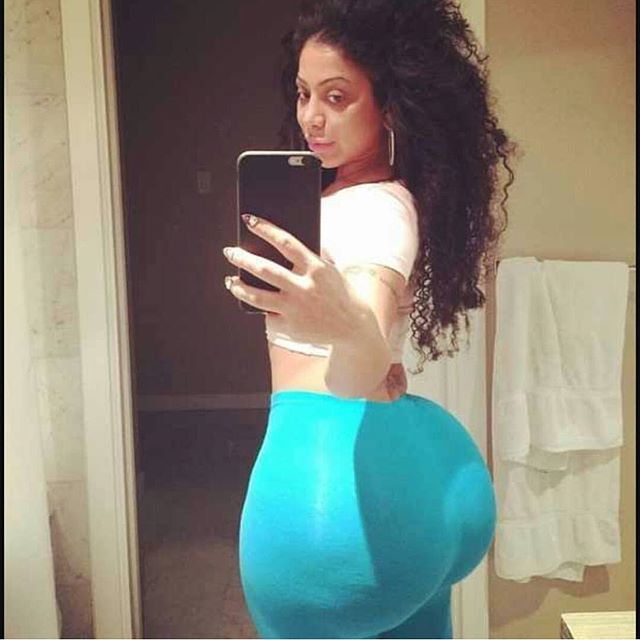 Is this AAAA? Or AAAAA?

I’m so confused. Poll is not what the title said.

The only way to make this work is adopt the credit rating. So we need AAA+ etc etc
Last edited: Jul 1, 2022

AAAA is just setting yourself up for failure.

I want to encounter the ultra rare A23 video game. 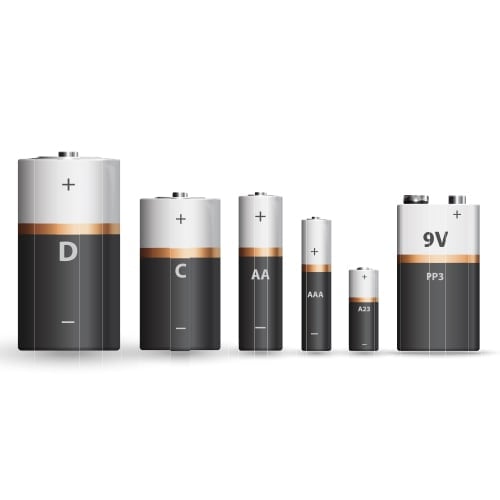 The moniker is bs, but let go along with..

Take the top highest budget games and call them AAAA (they won't stay there for ever, I don't think it justifies an extra "A"..)

I've played three of the titles on this list, and liked two of them..

I think it's fair to say I prefer "AA" or "AAA" games. Honestly I'd rather not have to wait for "AAAA" games.

Grildon Tundy said:
Solution: if you don't release your dev costs, then you cannot use the A-AAAA scale in your marketing. To be enforced by the FTC or whoever has power to prosecute fibbers in advertising.

...I keep trying to figure out if this is a parody thread goofing on the silliness of hyping a product as "AAAA", or if this is deadly-serious nonsense?

Not even voting. A good game is a good game.

This is proven by an out of nowhere f2p like Apex and a "AAAA" game like Cyberpunk
Last edited: Jul 2, 2022
A 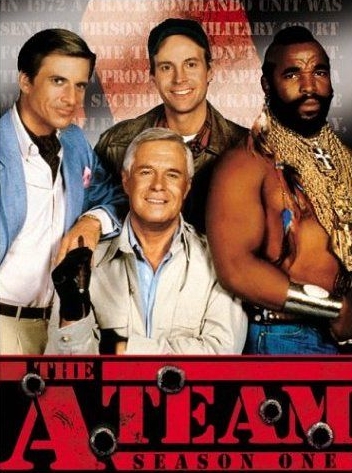 Low budget bitches, can't even afford another A.

Wow, what an insightful, simple, and (above all) objective way of looking at the A-AAAA spectrum and delineating tiers once and for all

Also, do you know how I can create an alt account?

The only AAAA game is probably GTA V and 6

Grildon Tundy said:
Let's return objectivity to the definition of gaming production values. I hereby propose the following to be the standard A-AAAA scale:

Until publishers start releasing info on the budgets of their games like the movie industry does, trying to define in objective terms A vs AA vs AAA games is pure guesswork.

The real balls to the wall is AAA budgets with AA quality or less.

AmuroChan said:
Until publishers start releasing info on the budgets of their games like the movie industry does, trying to define in objective terms A vs AA vs AAA games is pure guesswork.
Click to expand...

If we boil it down to just budget then its boring. It's not just about budget. Halo Infinite is the most expensive game ever made and...... that shit is... let me not shit on it anymore.

Lets say It's about production values first and foremost.

Compare TLOU II and RDR 2. Those are true AAAA games. They are head and shoulders above everything else in the industry.

I think the term has lost it's meaning now, triple A meant the top best games in the past, now i'm not sure what it mean's, The Outer World's get criticized for not being as good as New Vegas but New Vegas was a triple A game and TOW was a AA game with a lot smaller budget and team, it was never going to be as good, maybe a new classification should be used.

A = no one gives a shit about you.
AA= some random obscure YouTuber makes video essays about you.
AAA= or is a masterpiece or complete shit.
AAAA+= is a AAA game announced and is used as ammo therefore, has to be the "next big shit" or masterpiece.

You have got to try the jumping taco, I don’t know how the devs were able to pull it off with such a low budget, but that game is amazing.

Represent. said:
If we boil it down to just budget then its boring. It's not just about budget. Halo Infinite is the most expensive game ever made and...... that shit is... let me not shit on it anymore.

Lets say It's about production values first and foremost.

Compare TLOU II and RDR 2. Those are true AAAA games. They are head and shoulders above everything else in the industry.
Click to expand...

That in itself is the problem. There's not even a consensus to what the parameters are for a AAA designation. To a lot of people, including people within the industry, the AAA designation refers to budget and nothing else. That's simply due to the fact that it's designated when the game is greenlit, not when it's released. A publisher will announce that XYZ AAA game is in development. No one at that point knows what the quality of the game will be at release.

Then there are those that use more than budget to make that designation, such as production values and other aspects. For that camp, it's not possible to call a game that still in development AAA or otherwise because the game could come out and be a Halo Infinite or RDR 2.

In conclusion, unless there are official industry-defined criteria for these nomenclature, it's pointless to have these discussions when everyone is coming at it from different baselines definitions.
Last edited: Oct 6, 2022
F

I thought AAAA were huge budget live service games like Anthem (hint: none of them have actually been any good yet) where in theory they're spending AAA+ yearly on adding content to the game.

Game can be AA or AAAA, it doesn’t make slightest difference to me. All it comes down to is whether I like the game or not.
You must log in or register to reply here.

peter42O replied
May 17, 2022
Welcome to Your Bland New World of Consumer Capitalism
Opinion