Lost Odyssey is the story of Kaim, an immortal character who has lived more than 1,000 years. He doesn't remember his past, and he doesn't know where his future lies. Throughout Kaim's journey, a handful of characters will join him on an odyssey to discover their intricate past and destiny, leading players through a dramatic story of massive scale. Lost Odyssey features breathtaking visuals and an epic adventure made possible only by the power of Xbox 360.

- Engaging and unparalleled emotional story: With story sequences penned by award-winning Japanese novelist Kiyoshi Shigematsu in cooperation with producer Hironobu Sakaguchi,Lost Odyssey sets a new benchmark for the RPG genre with a combination of true-to-life cinematics and an intriguing story of an immortal man. Players will witness Kaim's life as he lives through many generations, becomes part of numerous families, falls in and out of love, and confronts all of the conflicts that arise. Kaims struggles are set in a world that is on the verge of a "mystical industrial revolution," where mankind has attained dark powers.

Gameplay:
- THIS GAME HAS RANDOM ENCOUNTERS, JUST SO YOU KNOW
- The Aiming Ring System adds special properties to your attack if the trigger is timed right during an attack
- The properties are determined by the rings equipped
- Immortals learn skills from mortals using the Skill Link System
- Immortals equipping accessories can learn the skill attached to it by gaining SP in battles
- Immortals that fall in battle will revive automatically after a few turns, if the entire party is defeated the game is over
- The Wall System controls the amount of defence offered to the back row party members
- As the front row is attacked, the Guard Condition meter will drop reducing the effectiveness of the defence offered
- Enemies with front and back rows will also have a Guard Condition meter subject to the same rules
- While a World Map exists, known locations on the map can be easily travelled to via a warp menu to remove unneeded travel
- The cruiser ship vehicle in the game can travel on the sea as well as go under it, exploring the ocean depths

Other Details:
- The game spans 4 DVDs
- The game is about 40 hours long
- Both accessories and weapons are fully visible when equipped
- A novel compiling all the 1000 Year Dream short stories will be published
- The two English vocal songs in the game will be sung by Sheena Easton

09. Get all Treasure items - Get all the treasures available on fields. If a treasure has been picked up by someone else, maybe you can find it on auction - 20 points

10. Succesful Perfect 3 Combo - In a battle successfully pull off a Perfect 3 times in a row - 30 points

15. Backyard Lightclass Master - In the backyard, fulfill all the hidden victory conditions for all the battle sets in the Lightclass and gain the battle bonuses - 10 points

Plus 21 secret achievements. Total of 1000 points.

Why oh why did it have to get delayed in the US, though?
S

Can't wait for gaffer impressions. Hopefully it will be as good as Blue Dragon.
S

Why oh why did it have to get delayed in the US, though?
Click to expand...

So it wouldn't get overshadowed by Mass Erect.
F

Looking forward to this.
M

Why oh why did it have to get delayed in the US, though?
Click to expand...

Too many good games, LO will easily be ignored...etc...

and MS already have Mass Effect as their RPG this year.

An RPG using the Unreal 3 engine. Sounds like this game will have a large scope, I look forward to some impressions.
B

McDragon said:
Too many good games, LO will easily be ignored...etc...

and MS already have Mass Effect as their RPG this year.
Click to expand...

I wanted Lost Odyssey more than those other games.
P

February is going to be murder.
I

the waiiting finally reached its end, heh. sadly we, people in the USA and Europe, still have to wait a little more, but it's near.
A

Curious, does MS Japan/Asia have a different policy with region-locking games than the NA branch? It's hard to believe that enough people would import a JRPG that's as heavily story-based as the the genre generally is, to the point where it would effect US sales and licensing. In fact the fact that it's MS published should completely remove the licensing issue altogether. If anything, it seems like it would make more sense financially being in MS's shoes to block exporting from the US.
M

ethelred said:
I wanted Lost Odyssey more than those other games.
Click to expand...

What can i say? i wanted it too but it ain't my decision.

and thanks to Assassin's Creed, i am happy for now.
P

So is this an ARPG or turn based?
M

pilonv1 said:
So is this an ARPG or turn based?
Click to expand...

Definitely looking forward to this one. Especially the story part in text form.
A

This needs to be in the OP:
http://www.gametrailers.com/player/25302.html
W

Woo! Can't wait! Smash and LO in Feb, another busy month for me!
A

widgetraf said:
Woo! Can't wait! Smash and LO in Feb, another busy month for me!
Click to expand...

logo and US/PAL boxart can be found here: http://microsoft.gamespress.com/latest.asp
B

widgetraf said:
Woo! Can't wait! Smash and LO in Feb, another busy month for me!
Click to expand...

Ditto. Will be picking both those up but not getting anything in January so it won't be that bad.
·

ethelred said:
I wanted Lost Odyssey more than those other games.
Click to expand...

Sorry, but you're in the minority in NA.
I haven't even seen Mass Effect get promoted on the scale which it was reportedly going to get. Makes you wonder if LO will in turn get the Blue Dragon treatment.


If it's ok I wanted to add these here. 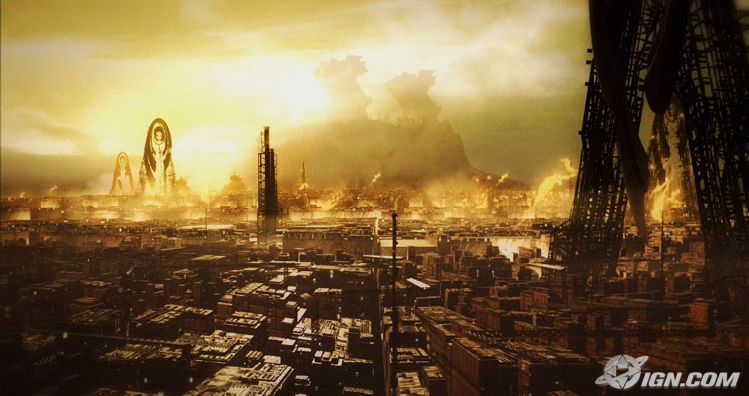 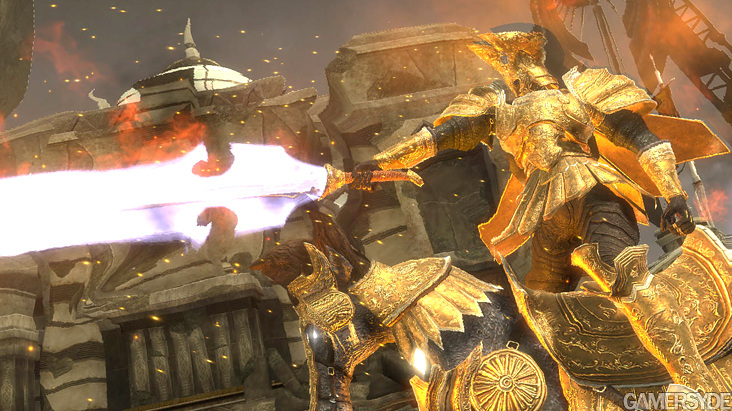 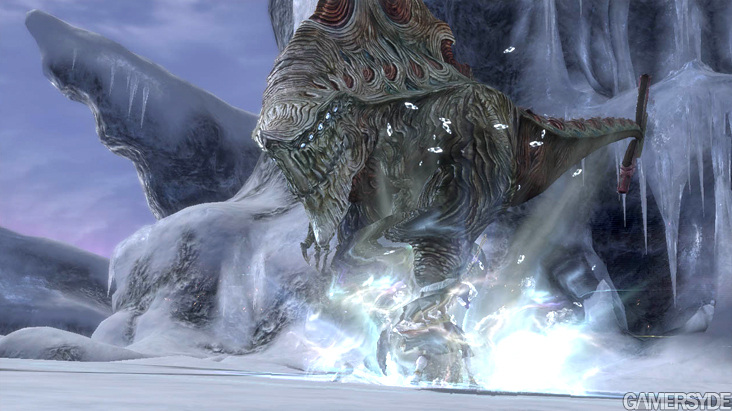 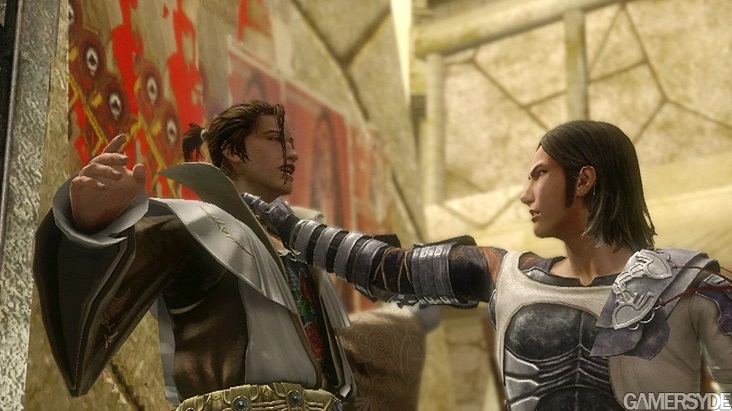 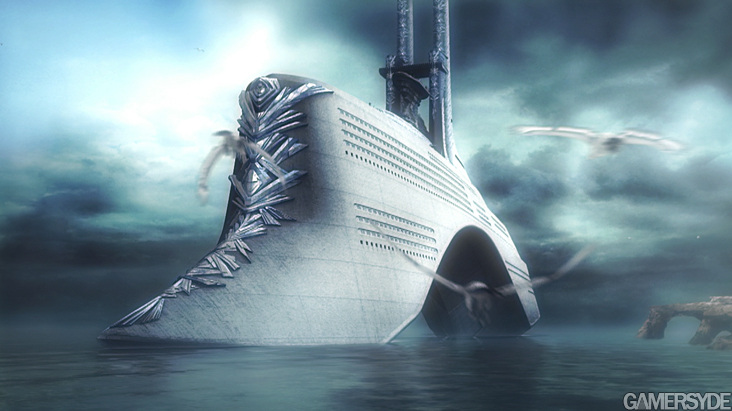 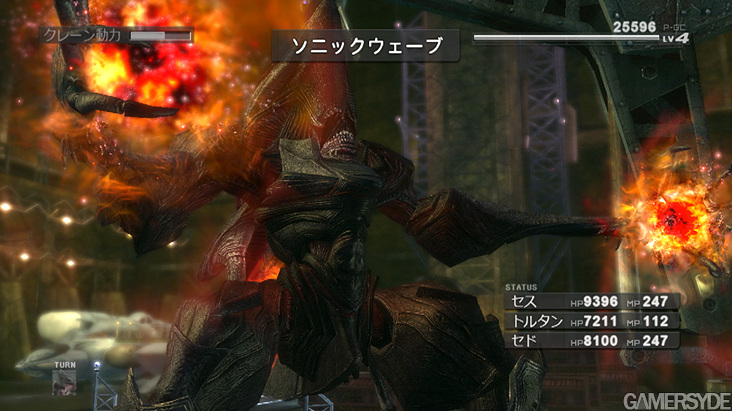 That's the "Lost Odyssey × SWITCH on MSN" collaborative site that launched at the end of October. Inoue has been featured a few times including cover stories for Vagabond (twice) and Slam Dunk. That 3rd pic is filled with greatness, btw.
Click to expand...

my first purchase for the glorious new year.
A

I really want this game. This game will be the game that gets me to finally break down and buy a 360. Don't suppose the premium'll be down to $300 by the time of the US release <sigh>.
D Cant wait for this one.
T

Damn this game looks awesome. We've heard so little in the way of impressions so far. I'm really anxious to hear more about it.
S

As is typical, the Japanese art is vastly superior. I'm not sure why the designer of the EU/US box decided to pointlessly add a vista of a city. It's not like this EU/US boxart has any more action to try to appeal to a different audience.
G

This and Infinite Undiscovery should make for a good RPG year in 08.
V

Since the very first video shown, I was hooked! I really dug the seamless CG to in-game transitions. Also doesn't hurt, that I love turn based rpg's . Altho, LO's does seem a bit slow, I have faith it will be everything I'm hoping it will be. Just so the storyline is compelling enough to keep me playing, I'll be good.
·

justchris said:
I really want this game. This game will be the game that gets me to finally break down and buy a 360. Don't suppose the premium'll be down to $300 by the time of the US release <sigh>.
Click to expand... Hey, thanks, no Kmarts left in my area, but I can pick one up at Sears.

Yay, I get to spend yet more money this year. Awesome.
B

J-developers please do something for the PS3, NOW?
Let's see, I'll take one of each of:
- Valkyrie Profile 3
- Persona 4
- Final Fantasy 13
- Tales of Nextgen!
L

you have been witing to start the pfficial thread for LO for ages. counting the days till it reach 2 weeks before you make the thread :lol

One of my most anticipated games. I´m enjoying a lot Blue Dragon but the story is a bit in the soft side while I like more sophisticated things, Lost Odyssey looks like a title I will enjoy a lot in many fields (music, story, art...).
D

I can't wait for this game (actually since its only about a week away, I guess I can...)!
From what I have seen of this game it is turning out to be everything I hoped it to be: great graphics, intriguing story and characters, and standard JRPG gameplay with some twists.

I'm really looking forward to this one.
B

But they both say excludes electronics.
R

looking very much forward to this.
I

bran said:
J-developers please do something for the PS3, NOW?
Let's see, I'll take one of each of:
- Valkyrie Profile 3
- Persona 4
- Final Fantasy 13
- Tales of Nextgen!
Click to expand...

Did you happen to forget White Knight Story, Disgaea 3, and Eternal Sonata first?
·

Beezy said:
But they both say excludes electronics.
Click to expand...

People have purchased systems with this and the previous Kmart coupon. Also, game hardware and software are often classified as toys with a number of stores. When all else fails, there are legal ways to go about it.


justchris said:
Yay, I get to spend yet more money this year. Awesome.
Click to expand...

Tell your wallet to shut up and buy a system.
M

Don't forget valkyrie of the battlefield and last remnant, not to mention all the FF goodies.

but this ain't the thread for this.
D

I'm hoping this will be good. BD was kind of a letdown for me.
K

Thread title should have a "for Japan" or something in the title otherwise there'll be a bunch of angry posts sooner or later...
A

J-developers please do something for the PS3, NOW?
Let's see, I'll take one of each of:
- Valkyrie Profile 3
- Persona 4
- Final Fantasy 13
- Tales of Nextgen!
Click to expand...

I bet they are working on all of them. Although <10 hour play time isn't enough for those kind of games.
If a <10-15 hour game takes 3 year to make this gen I expect a 60 hour RPG to take at least 4 years for PS3. At least a good one.
You must log in or register to reply here.

Clocecko replied
Nov 5, 2021
An Introduction To Japanese Adventure Games pt.1 - What They Are and The Different Types
Analysis