Quantic Dream figured out the 3rd person interactive active drama genre with Heavy Rain, than in 2013 they developed and released Beyond Two Souls and I'm very happy to have bought this game for less than $20 and have played through it. 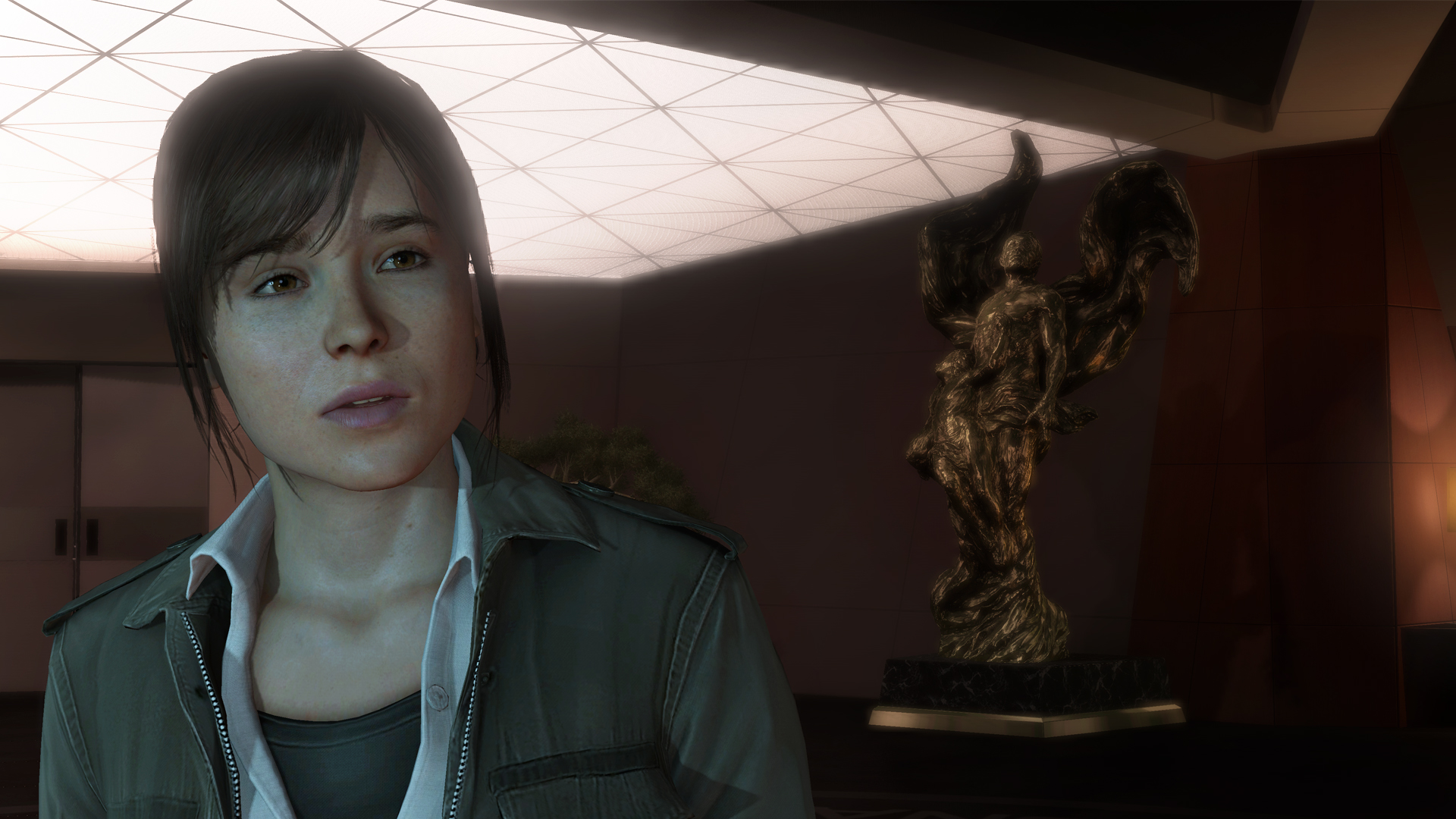 The story is a slow burn, we're introduced to Jodie and "Aiden" (Supernatural being tethered to Jodie) who is 100% committed to Jodie. Jodie is in a situation where doctors are studying her abilities. Along the way throughout her childhood the CIA learns of her abilities and train her to become an elite CIA operative.

The open is open to a lot of speculation, some of it makes sense others not. Jodie as a trained CIA operative is in a great situation essentially using her ghost as a swiss army knife taking down some of the worlds baddest guys. The story can get a little distracted but Beyond Two Souls should be considered a super masterpiece.


Looking around at other game's cutscenes it's easy to say Quantic Dream is top of the line for what it's worth all its actors contribute, and should be considered an all time achievement. 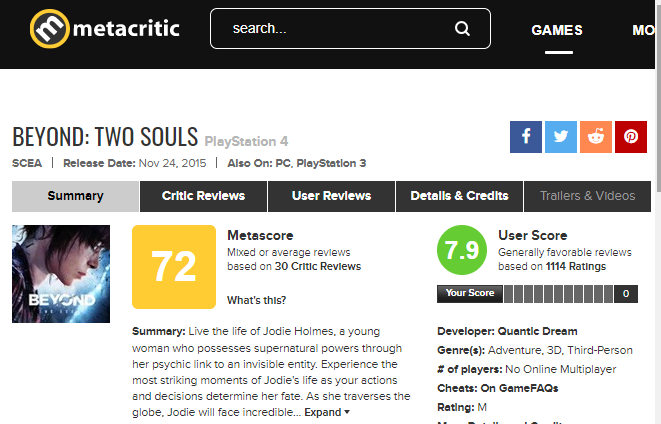 The level designs are normal locations that push incredible graphics and "psychic" powers that make the game more fun.

The story is too much about her powers rather than Jodie's world, experiencing other peoples powers, terrorism, science etc. Jodie's enemy should be considered herself but also the CIA, doctors, homeless etc. a lot of time is being taken away from home, these moments are deep for Jodie and it makes you think about other dimensional beigns.

One problem I have with the game is how you traverse, the chapaters are 100% linear and I think they could have involved some more gunplay.

This is an established studio and I don't think anyone considers their games bad just putting the genre to the test.

What should the next roster of celebrities look like for the future of Quantic Dream?

What does GAF think of Beyond Two Souls?
Reactions: Rivet, Aion002 and Kenpachii

Good game. I really enjoyed it
Reactions: Heimdall_Xtreme and Rivet

Not a game i like to play because to much horror in it but like to watch somebody play same counts for that ps3 game heavy rain.

Hope he keeps on trucking more of those games in the future.

Despite having this game for years, I've yet to play it.

You used its deadname!!!! How insensitive!!!!
Reactions: Rivet

Never got into it for some reason.

I played Fahrenheit (Indigo Prophecy), Heavy Rain and Detroit Become Human and really liked them but for some reason this never engaged me despite trying to play it two times relative far in between.

Captain Toad said:
You used its deadname!!!! How insensitive!!!!
Click to expand...

At the time of the game production, s/he (as I'm not sure if it is a boy or a girl) was also using the name Ellen and was pressumably claiming to be a woman.

Tommi84 said:
At the time of the game production, s/he (as I'm not sure if it is a boy or a girl) was also using the name Ellen and was pressumably claiming to be a woman.
Click to expand...

I don't think that matters. I'll have to check with ResetEra. I'll let you know. But, I may have to get you canceled.
Reactions: Hulk_Smash and PropellerEar

Super masterpiece? Nobody considers it a bad game?

Im honestly surprised anybody here thinks its a good game.

The story is so bad and not in a fun way like Heavy Rain (JASON) or Indigo Prophecy (fucking a ghost). It's were I jumped off the David Cage "these games have some real potential" bandwagon and jumped on the "this guy is an awful fucking writer" bandwagon.

I hate qte's, but I found this game interesting enough to tolerate them. It is a flawed game with many issues without a doubt... Still, a cool game in my opinion.

Te time when Ellen Page looked like Ellie of TLOU.

I thought it was pretty bad to be honest.
Story was very forgettable and gameplay was terrible. Not to mention that having just one protagonist that can't die removed all the tension you feel in Heavy Rain or Detroit.

It was also even worse than Heavy Rain in how it felt like it was constantly making you go through all the boring bits that movies usually skip over just to have enough "gameplay" to justify existing.
While a movie will begin a scene with character A greeting character B at the door. Quantic Dream first has you cleaning and washing dishes for 15 minutes because "gameplay".

struggler_guts said:
Super masterpiece? Nobody considers it a bad game?

Im honestly surprised anybody here thinks its a good game.
Click to expand...

Nah, it's the worst of the bunch. I liked Heavy Rain and Detroit (best game of this kind is still Until Dawn though), but Beyond was really too cheesy for my taste.

Too many cliches and useless sequences, the story isn't that interesting. They really lost me with the Navajo shaman trip. Plus, sequences are non chronological. I'd say it's average.

Although I think they improved it somewhat, now sequences are at least chronological if I remember correctly. I didn't play that new version.
Last edited: Aug 17, 2021
Reactions: struggler_guts and EverythingsOverrated

Its more a movie than a Game.... But I enjoy it when it come vía PSN plus.

The graphics was great for a PS4 and awesome for a ps3 game.

So i enjoy it... But I will never replay it again.

I personally think both Heavy Rain and Detroit are significantly better games. Overall I still liked BTS, but will probably never play it again.

The story started off great and had some really good ideas but it all just farts out by the end. The last third of the game really fell apart imo.
Last edited: Aug 17, 2021
You must log in or register to reply here.

Dec 20, 2021 started EverydayBeast
Yesterday at 5:52 PM
skit_data
|OT| News Trailer As Dusk Falls is a new game from the designer of Heavy Rain and Beyond: Two Souls