LTTP: Guardian's Crusade, a charming and overlooked RPG from the golden age 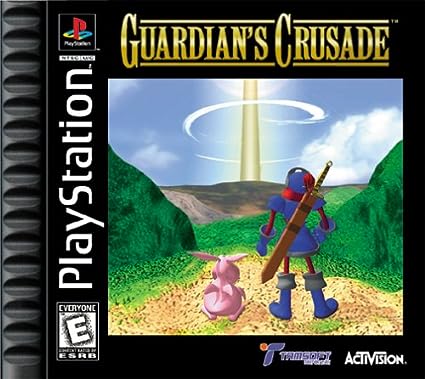 I recently played through Guardian's Crusade, (Japan name: Knight and Baby) a PS1 RPG developed by Tamsoft and published by Activision. It was an extremely charming game that evokes tons of nostalgia, though I fear it was completely overlooked due to it being a simplistic game with cartoony graphics released during a time when RPGs were pushing the limit in terms of storytelling, graphics and gameplay (it came out in the west the same year as FF8 and Star Ocean 2 for instance).

Click to expand...
Graphically, the game looks very simple and more like a really early (1995-1996) PS1 RPG than one from the system's commercial peak. The game has an almost toylike, wind-up-doll aesthetic (it reminds me a bit of Clockwork Knight except not as creepy-euro looking). The game has an overhead view, with the ability to rotate the screen, a la Xenogears/Grandia. Bright colors, boxy environments, limited texture mapping. But as a result, the game looks pretty clean and crisp, causing it to hold up rather well. The graphics in a way remind me of Minecraft. The most impressive technical aspect of the game is the fact the world map is pretty seamless - a LARGE polygonal world in which you can enter and exit towns without any type of transition or load times (the world map music fades out and town music fades in). When first board the game's 'boat' (actually a waterbug named Chester), there is a bit of load time, and you eventually get the ability to fly with a slight load time but these are negligible. Flying is awesome since you can fly over towns and see the townspeople carry on their business below. 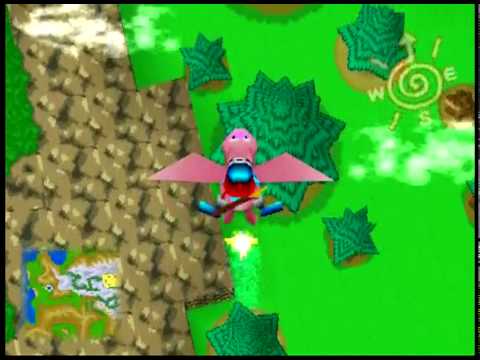 Click to expand...
The story is about as simple as the graphics but the tale is well-told. Your silent hero, Knight (that's the default name) and his fairy companion Nehani set out from their sleepy hometown to deliver a supply package to a neighboring town, but while returning home they run into a mysterious pink hippo-like create that tags along with them. A spirit contacts Knight and says that in order to save the world, this creature, named Baby, needs to be reunited with his mother at his place of birth, God's Tower. The 3 then set off on a journey, solving peoples' problems and getting involved in drama. There are a few very touching scenes along the way, though some of the scenarios have a bit of a 'been-there-done-that' feeling (getting shipwrecked on an island of savages who want to sacrifice Baby to their god, getting involved in drama between 2 townspeople dueling it out to become the next mayor, collecting the Holy Armor and defeating the long-sealed ultimate evil).

Gameplay is likewise fairly orthodox... Turn-based, menu-driven battles where you and Baby battle it out against some cute, goofy-looking enemies. But, there are a few caveats. You can summon one of 70 "Living Toys", each of them with their own effect (a "Coin Toss" like attack where you can sacrifice cash for a powerful attack, a bomb that detonates in 3 turns, causing massive damage to everyone, your requisite buffs/debuffs, and other weird stuff like being able to mine for gold on the world map or a toy that provides commentary during battle). Your monstrous companion, Baby, may also not choose to obey your orders if you don't keep him happy by feeding him and ordering him around in battle. That's right, there's a virtual pet-like aspect to the game where you can train your monster, have him fetch goods. For those not into the virtual pet aspect, don't worry since it's none too imposing. 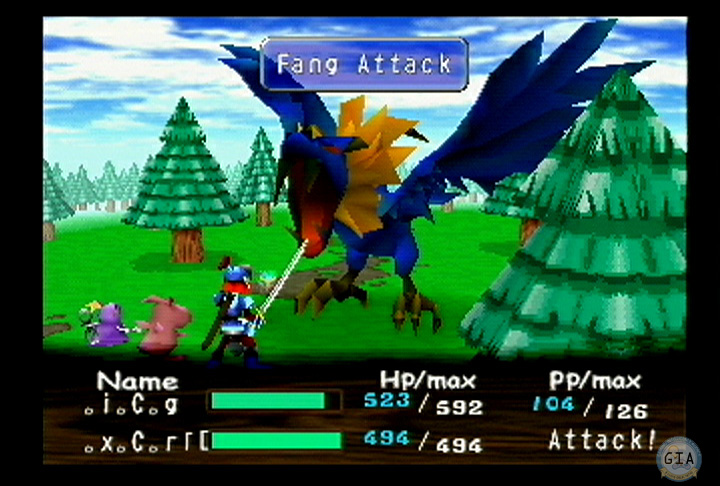 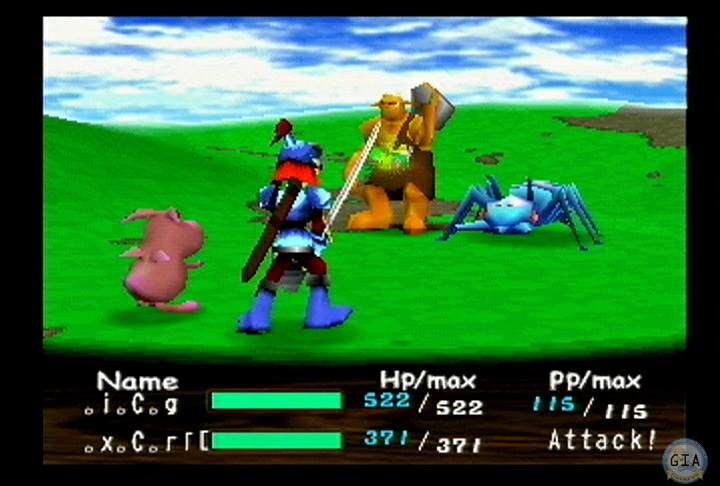 Click to expand...
Now Activision isn't a name you associate with obscure Japanese RPG imports, but this was before the Guitar Hero, COD, Tony Hawk successes so it could be they were just struggling to find interesting imports to release in America. But whoever worked on localizing this game, you can tell it was a labor of love. The translators put in great effort to give the NPCs and your fairy-accomplice Nehani a charming personality. Every single object in villages can be interacted with, usually with unique dialogue - you can go into a shop with 5 different potted plants, and each plant has a unique textual description. There are a few typos here and there and apparently one of the toys got removed from the US version (one who attacks in a "Russian Roulette" style) but its localization is pretty good considering the title's vintage.

Music is decent, it has a slight funky and low-key edge. No rousing orchestra or intense buttrock as cliche for the genre, but there are a few lovely tunes such as:
the disco-y battle theme
the jazzy cave theme
the melodic, somber tune that plays in the game's final town
the 90's hiphop sounding Castle Ryan

Apparently the creator of the game, Tamsoft, is still around making console/handheld titles and didn't close shop or go the dreaded mobile/pachinko route like most small Japanese companies tended to do. They're probably now known best for the Senran Kagura titles of all things 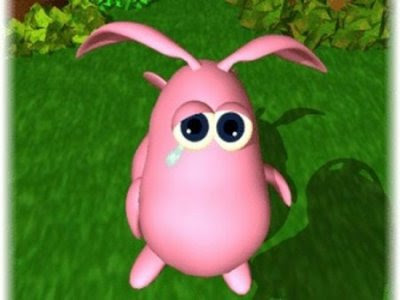 Click to expand...
Baby is sad you overlooked this game

Overall, a highly-recommended game for anyone looking for a charming, forgotten RPG. Great for newbies to the genre as well. Best of all, prices aren't ridiculous like many PS1 RPGs. I got mine sealed for $25 plus shipping.
F

Holy shit I remember this game! I think I still have somewhere.
H

Great game! I remember I named the pig/hippo thing after my girlfriend at the time. She was not amused.
K

First jrpg I have ever played, would replay it again

Hippopuncher12 said:
Great game! I remember I named the pig/hippo thing after my girlfriend at the time. She was not amused.
Click to expand...
This post combined with your username made me laugh.
D

kenji said:
First jrpg I have ever played, would replay it again

Really nice game
Click to expand...
Yeah, this is a great starter RPG! Not too long either, I got all the Living Toys and it took me around 21 hours. That's like 1/8 the time it took for me to beat Xeno X. Just curious how did you first get into the game? I barely remember any kind of press whatosever back in the day...

Oh i heard of this game long time ago.
Not sure if it was from a positive or negative review but i did think the concept is charming
You must log in or register to reply here.
Share:
Facebook Twitter Reddit Email Link
Top Bottom