The holiday, PS5 situation has consoles being sold out in seconds and has been an issue in finding one so I decided to wait 5 months and take action on an overpriced scalped PS5 digital edition from Facebook Garage Sales.

There's a reason why this console is one of the fastest

selling consoles of all time

Currently this model is digital only but you can probably expect a freaking hard drive attachment but honestly physical games sort of feel beneath me at this point. It’s a similar situation to the PSP GO so to speak. 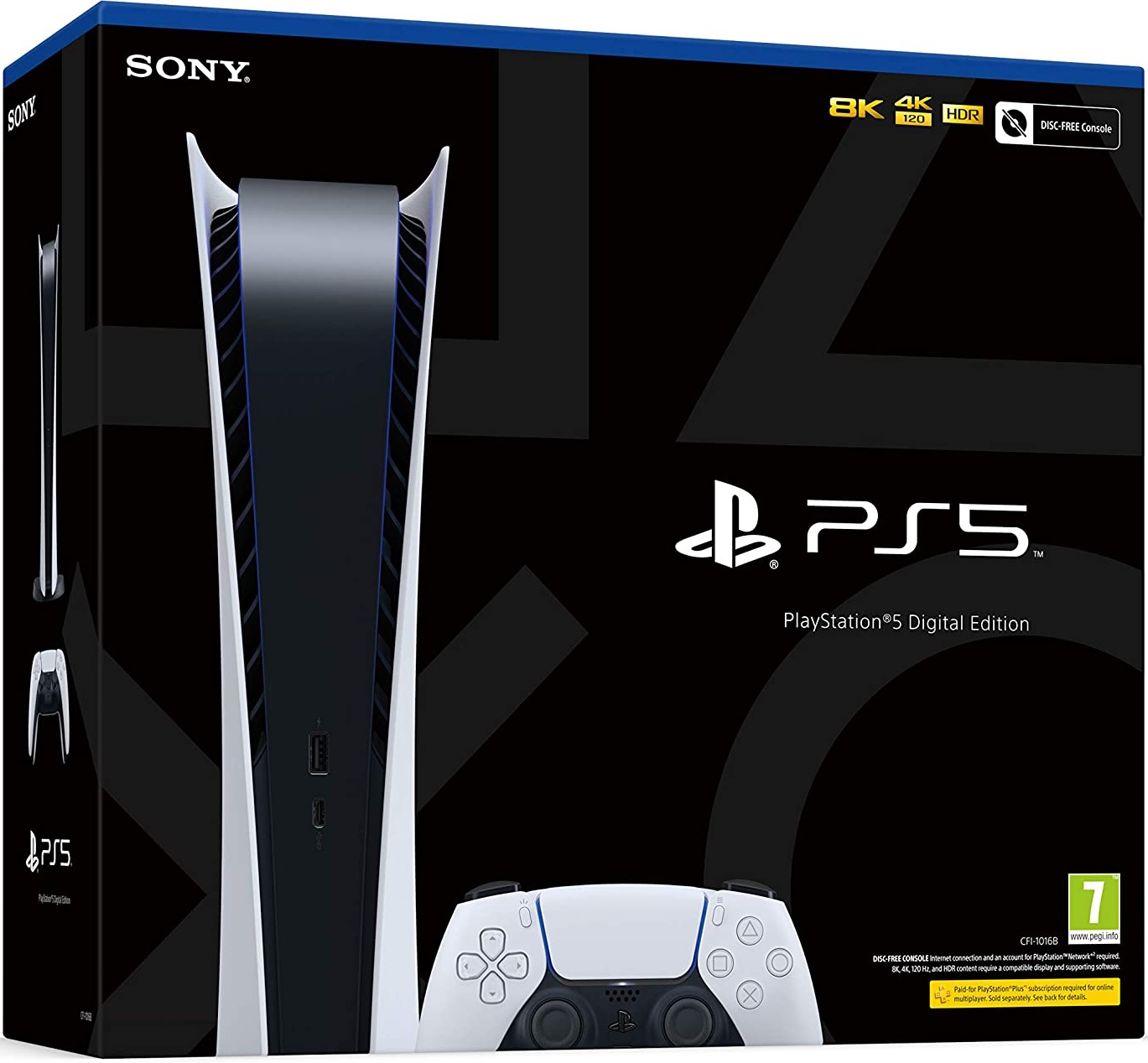 SONY's gameplan out the gate with the digital edition was give new gamers a chance to play their catalog of games, leaving behind loud noisy disk drives, a faster wifi, improved controller, and cheaper price tag.

I like the PS5 and still look at it as a new console after 5 months (Released in Nov. 2020) digital versions aren't much of a risk for SONY at this point they're expected, and there's still physical games coming out.

If there’s a shot to be taken, and no offense to Sony but the launch game situation was kinda weak. Valhalla is a huge bombshell successful game and leans heavily on Ubisoft’s historical open world abilities but I already played that on the PS4.

I got the digital version too. I’d give it a 3/5 at this point since the OS took a huge step backwards, media apps took an even bigger step backwards, ive had to replace two controllers already, the coil whine is annoying as fuck, and the lack of storage upgrade options is ridiculous, but not as ridiculous as them blocking cold storage and also forcing gamers to buy PS+ just to get save backups.

Enough is enough, getting Sackboy as the $60 price isn't shaking off.

Don't sleep on Astros Playroom if you haven't played it. Short but wonderful, I hope they make a fuller game out of it.

I'll be ready to pick one up in about five months time after I need a change from Xbox Game Pass. Hopefully it will be widely available by then.

Picking mine up on Saturday, disc version though. Hopefully I don't get coil whine or anything.

Really just wondering where to put this ugly behemonth :-/

Edit: Now that the novelty of the thing is gone, can anyone tell me if sackboy is truly worth picking up? I've got kids, and I play games like this as well.
Last edited: Mar 31, 2021
Reactions: T-Cake

I went with DE since I game share with a buddy and bought maybe 2 discs throughout the life of the PS4. Only PS5 game I have played is Astros PLayroom. I refuse to give em $50 for MM but will definitely pick it up on a sale. I bought it for Ratchet and Clank this year. Returnal is gonna have to have stellar reviews for me to throw down $70. I am just not seeing it yet.

On the system from I think some of the decisions are weird but nothing you cant learn. I cant tell you how many times I have held down the PS button to try and turn the thing off. Why change that?

They need to fix the HDR SDR situation sooner rather than later.

I am enjoying playing some games I missed or didnt have time to get to with PS Collection like Days Gone but Ratchet and Clank is the game I think that will solidify my purchase.

I got a digital one a few days ago out as a late birthday gift of nowhere, especially since I had it made it clear I was planning on getting a Series X, and it's alright. Most of my issues are just usual launch pains so I imagine things will get better. Otherwise, the faster load times and performance upgrades are pretty nice.

The software lineup is the big problem for me. Outside of Hitman 3 and the Remastered Nioh games I dont think there is anything of interest out or even announced.

I am digging it as suped-up ps4 though.
You must log in or register to reply here.