If you haven't played this game you owe it to yourself. I found Breath of the Wild very fun to play through, Hyrule under Ganon's control made me feel very anxious in a good way where I couldn't put down the controller a lot of other things too like building up your swords, taking minutes to explore, and the story really has it's own identity because you fall in love with the four main champions (Mipha, Daruk, Revali, Urbosa) and I give Nintendo a lot of credit on the game. 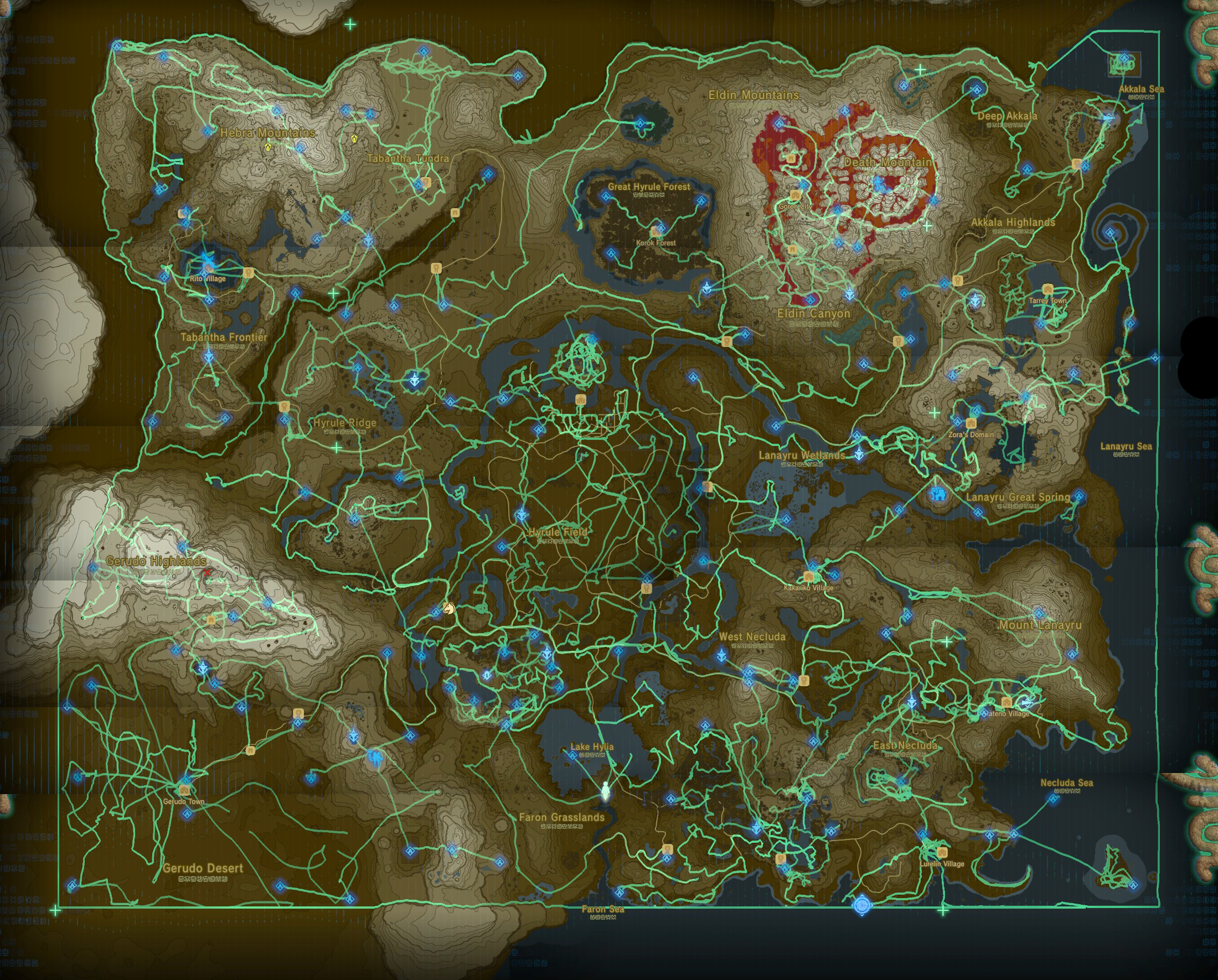 Navi, Fi, or Midna are pushed out of the picture instead for a "Sheikah Slate" which is a little bit better than Navi, it has so many tools for Link and is key to advance in the game.

The "Sheikah Slate" itself is set up through the Wii U gamepad bit it shouldn't be judged off of that and it sets the tone for changing out weapons or "Slates" in the game.

It seems like the temple design has been exposed in Breath of the Wild, they were the quickest temples, and I think it was somewhat of an issue on Nintendo's part, the traditional puzzles are still there but the temple design which there are four main temples or "Divine Beasts" basically have you go through giant moving temples and advance through their content, levels but overall I think it may tarnish the traditional Zelda dungeon legacy.

This big lizard rolls over off the cliff and you're allowed, advised to enter and gain control of the beast to use against the main, final bad guy Calamity Ganon.

Going through the lost woods to get that "Master" Sword was awesome and had a unique soundtrack.


The story is a service to historic Zelda lore (Ancient evil with main character Link awakening from a 100 year nap to save princess Zelda and evil demon lord Ganon. 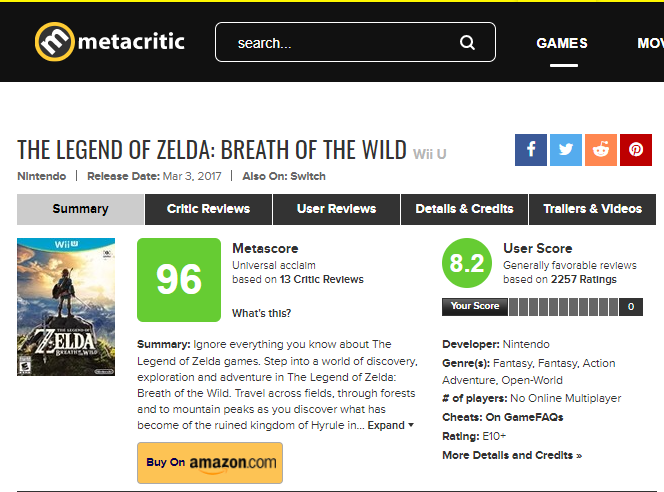 I'm hopeful for the next main Legend of Zelda console game. Zelda is an incredibly established franchise that people love that is probably due an anniversary, what does GAF think of BREATH OF THE WILD?

I thought it was okay, but most of the praise was because there's the Zelda name in it. It automatically launched as a 10/10 game.


Combat was dull, side-quests were uninteresting, bosses were too easy and similar.
Last edited: Dec 14, 2020

EverydayBeast said:
you fall in love with ... Urbosa
Click to expand...

Arthimura said:
I thought it was okay, but most of the praise was because there's the Zelda name in it. It automatically launched as a 10/10 game.


Combat was dull, side-quests were uninteresting, bosses were too easy and similar.
Click to expand...

I love Ocarina and Wind Waker to death, other than that I’ve never been a big zelda fanboy. But BoTW really blew my socks off. Haven’t felt like that playing a video game since I was a kid. I had so much fun figuring things out, I refused to look up a guide for anything. The game just makes you want to explore it, play with it and figure it out on your own, like we used to have to do in the old days. Amazing 10/10 video game experience and officially my favorite game of all time.

Haven’t played it since. Likely will never play it again, but that’s just how great it was for me.

It had very organic way of teaching you how to do things, and let you explore its possibilities - so it was beginner friendly, but also pretty well fleshed out in numerous ways thanks to its physics and all.

Although I am not generally a fan of open world sand box game - this game really struck cord with me, and really enjoyed it. I think this game is only one of the few games I was so excited to buy DLC too.

I played _every_ main-series Zelda game at launch since the day I got my gold cartridge on my original NES as a kid--and I rank Breath of the Wild as easily the best entry in the franchise since at least the N64, if not further back. For me it basically parallels what I think of Mario Galaxy in terms of that franchise: a reinvention of the series that completely changes its future, because there is a clear "before Galaxy / BOTW" line after which you would never dream of going backwards again.

I played the Wii U version first as well, but just recently I got around to buying the Switch version to start all over. I'm also probably one of the 5-10 people in the world who likes to play it in Labo VR... not all the time, but just for shrines.

Best Zelda. Literally breathed life into a tired husk of a franchise.

I'm impressed by the green lines on the bottom and the right of your walking history. Whoa lol.

This maniac straight up walked the entire map border.

Unlock Sheikah towers each with unique approach. Locate shrines and stables. Stables can refill weapons, gear. NPCs give usefull advice on ways to proceed, from shrines, to quests, to trade or even filling in the lore for the region. Complete side quests, shrine quests.

Realize the entire world is one gigantic sand box super dungeon filled with multiple paths of approach for story, sidequests, divine Beasts which are like mini dungeons in the grand scheme of this dungeon world, shrines tons of optional bosses and puzzles.
Last edited: Jul 29, 2021

I've been playing through Master Mode and it's an awesome challenge. Enemies encounters require consideration and preparation. Stealth is a bigger mechanic as well.

Looked like crap on the Wii U, and I hated how they removed all second screen functionality so that it wouldn't be 'better' than the Switch version.

which version performs the best? Wii U or Switch?

This game is a masterpiece!

One of the most boring and empty "RPGs" that I ever played. And I remembered when they were comparing it to Red Dead Redemption 2 lol.
You must log in or register to reply here.

LTTP: Zelda Breath of the Wild

Mozza replied
Sep 2, 2022
Here’s What Breath of the Wild Looks Like in 8K And with Ray Tracing
Trailer Indie 2 3 4