What are we looking at here, Zelda games hold every great score imaginable, Nintendo has been to the big stage before winning game of the year awards and the franchise has been impossibly great.

Skyward Sword is set up through it's motion controls but it shouldn't be judged off of that, setting a tone of change for the franchise.

Big picture, characters like Navi and Ganon got pushed out the door instead for Fi and Ghirahim.

Nintendo deserves credit here, shocking the world with motion controls in a historic franchise and the criticism it gets is where I tend to disagree, motion controls were an opportunity you couldn't pass up on with the Nintendo Wii.

The temple design is an all time achievement. it's about upgrading your sword, collecting weapons, finding keys to open doors and basically going through environments where you get to traditionally solve puzzles to advance and
motion controls doesn't tarnish Zelda's legacy.

Zelda games are measured by one thing on the internet, the level designs. skyward sword has the worst controls but its loaded with content, dungeons, and talented level designs (50+ hour game, longest zelda game in a while) 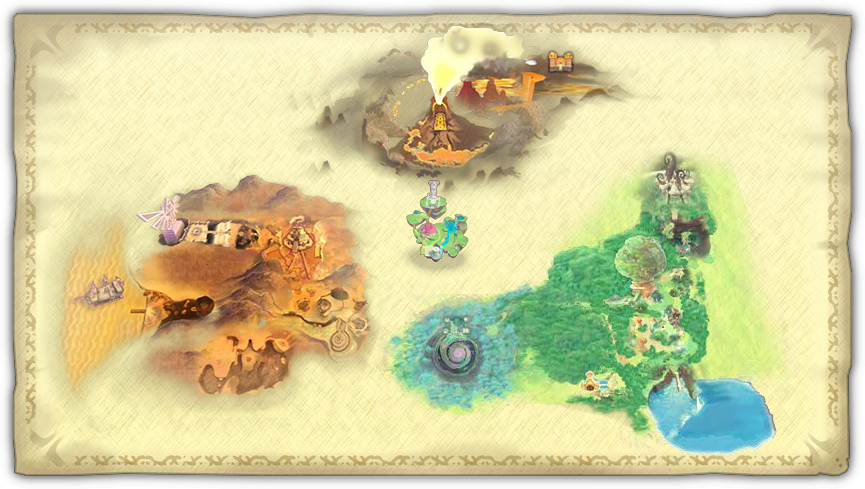 No offense to the other regions in the game but Lanayru kinda pushes the interesting level design, interesting NPCs, incredible graphics and "timeshift" stones that allow everything to appear hundreds of years into the past that made playing through this region of the game fun.

The game's problems are solvable you can make the game less of a chore, you can limit the backtracking, traveling from providence to providence. You might have noticed but there's a lot of backtracking from region to region, a controversial decision in the Zelda community.

The soundtrack is unique.

The story is a service to the historic Zelda lore, and it's treated like an epic, you know, story lines with NPCs, nostalgic sounds and sights, and saving the princess Zelda from the evil demon lord more than anything. Zelda is an established franchise and I don't think anyone believes it's a bad game. I imagine Nintendo will release an HD version of it and create some sort of anniversary for it.
Last edited: Jul 2, 2020
Reactions: greenteaforme, Komatsu and Laconian Sword

If it wasn't for the swing controls, this would be my second favorite Zelda game.

I don't mind motion controls, but having to re-calibrate the controller every five minutes was a pain in the ass. The tech just wasn't ready yet.
Last edited: Jul 2, 2020
Reactions: dave_d, greenteaforme, DGrayson and 1 other person

I will say this: SS has the best boss fight (girahim), the best story, and the best dungeon (final dungeon) of any Zelda.

I also liked the art direction and some of the puzzle elements like the above-mentioned time spheres.

If they remastered the game, all they would have to do to make this game a ten is make the motion controls optional, fix Fi where she doesn’t tell you what everything is every time you turn the game on, you only have to fight the imprisoned once, and update the graphics a bit.
Last edited: Jul 2, 2020

Bad motion controls along with extreme padding. The flying and swimming controls are some of the worst i played.

It is a good game held back by the motion controls and repeated content. I didn't find the world of Skyloft to be as interesting or believable as some of the other games either.

Still worth playing though. I hope it gets another chance.

Great game. I didn’t realize at the time that during the final battle you’re supposed to hold up your sword to get blasted by lightning, made the last boss way harder than it was apparently supposed to be. Lol.

I will say this: SS has the best boss fight (girahim), the best story, and the best dungeon (final dungeon) of any Zelda.

I also liked the art direction and some of the puzzle elements like the above-mentioned time spheres.

If they remastered the game, all they would have to do to make this game a ten is make the motion controls optional, fix Fi where she doesn’t tell you what everything is every time you turn the game on, you only have to fight the imprisoned once, and update the graphics a bit.
Click to expand...

I feel like I’m the only one who didn’t mind the multiple fights with the Imprisoned. It lent some urgency to the plot and each one was a little different. People don’t really complain about the multiple Girahim fights, either, and you fight him just as many times. I dunno.

I loved this game except:

1) The slow start. This discourages me from repeated playthroughs, the thought of putting up with that slow 45 min slog.

Other than that it was really good. God the art style and story were just great. I'd LOVE a remaster.

Now that you got all that off your chest, let us never speak of this game again.
Reactions: Lynkk

I've had that game for years and have yet to actually play it. It's been languishing on my bookshelf for years.

Unironically one of my favorite games in the series.
Reactions: PaintTinJr and greenteaforme

AM I RIGHT GUYS?

Birdo said:
If it wasn't for the swing controls, this would be my second favorite Zelda game.

I don't mind motion controls, but having to re-calibrate the controller every five minutes was a pain in the ass. The tech just wasn't ready yet.
Click to expand...

ye I liked the motion controls a lot actually, but re-calibrating was a pain

It's funny the Wii controls were terrible to begin with, then they tried again with Motion Plus and *still* had huge problems


KellyNole said:
Put the motion controls on the right stick when you lock on.
Click to expand...

that's quite a good idea!

It's a good game, it's was awesome for the lore, but I think I appreciate the memories of it better than the game itself. It's the only Zelda I never completed a second playthrough.

The level design is great and very precise, but it's also very narrow in how to approach it, making the replay value decrease a lot. It's no doubt they went the complete opposite with BotW.

I actually liked Fi a lot, her being an eternal dormant part of the Master Sword is an awesome touch, I really hope they reference her more in future games (she is referenced in BotW, but very lightly).

It's the only Zelda that made me cry. I still listen to Fi's Farewell, great music and great story, with great meaning to the franchise.

My favourite 3D Zelda until Breath of the Wild came along.

I'm still waiting for an HD version to replay it (sorry but i don't like emulating it)
Reactions: PaintTinJr

If they rebuilt the game to use a conventional controller, i'd probably get it finished. As it stands, this is the only Zelda game i've never finished. I got fed up recalibrating the Wiimote every 10 minutes or so.

I will always stand by skyward sword it is an amazing game and a solid experience ... motion included.

Yeah Im still waiting for Wind Waker HD from Wii U to come to the Switch and Skyward Sword.
Pikmin 3 too.
Wonder why Nintendo doesnt bring them...

This criticisms about linearity and empty sky are very valid. Also hate that Hyrule exploration just feels like dungeon crawling and the sword combat controls are not amazing.

All that being said, the story and writing is weirdly as good as Zelda’s ever been and the actual dungeons rule. Skyloft is 2nd best Zelda town after Clock Town. I may replay this some day just to hang out in that town and do those side quests.

Currently replaying on the Wii U One of the best Zelda games for me
Reactions: greenteaforme and PaintTinJr

I couldn't play this for more than five minutes. Add another five for wii sports and that's all the wii gaming I did. Waste of money. I just hated the motion controls, even navigating the wii menu felt cumbersome. Remaster please.
Reactions: BPX and SantaC

Never played it and it's staying that way until it gets a remake or port that fixes the games problems.
Reactions: BPX

DGrayson said:
I would love to replay this game if they removed some filler and gave you the option to swing your sword with a controller
Click to expand...

That's not even the worst bit for me. It's the slow text. If I replay outside of a HD remaster it's definitely going to be emulated with mods.
Last edited: Jul 2, 2020
Reactions: DGrayson

MadchesterManc said:
Currently replaying on the Wii U One of the best Zelda games for me
Click to expand...

Windwaker was my favourite when I played it a launch via import on Cube and I sold my Wii a week after I finished Mario Galaxy (at its launch) - despite continuing to play various excellent party games on Wii at friends on game days for a few years after. In the early drought of the WiiU games I bought this and gave it a go.

It stands as my favourite of all the Zelda games, because the motion controls became second nature after my first 10 hours playing and every input felt less pre-canned than pressing sticks/buttons. In many ways the game's style seemed more influenced by SotC and I felt it carried that all the way to the end.

Despite enjoying Breath of the Wild, it feels hollow like an AC game compared to Skyward Sword (IMHO), so much so I'm not sure if I'll bother with the sequel, after passing on the DLC .

A stunning game and I very much like the whole "before Hyrule" setting, but the motion controls were incredibly annoying. Would love to see a remaster for the Switch.
L

it's a good Zelda game, with beautiful art style and music, and a good lore, but it has many flaws that shadows the good things. What I didn't like:

- slow start
- small world to be explored, that meant on to many level repetition to artificially extends the game
- Wasted sky world potential, there's only skyloft and a pair of tiny islands to explore
- FI constantly taking to you. You end up loving Navi after Fi
- The music notes collectaton
- Constantly recalibrating the motion plus

The main problem is that this game it's trapped with the motion controllers. This game needs a switch HD remaster with traditional controller, with motion control only for things like that beetle dron like item.
L

It's not a good Zelda, period.

Best Zelda design ever
Reactions: PaintTinJr
You must log in or register to reply here.

How many copies will The Legend of Zelda: Skyward Sword sell?

Jul 15, 2021 started IbizaPocholo
Sep 22, 2021
IbizaPocholo
Nintendo decides to charge $25 (via an Amiibo) for a QoL feature in The Legend of Zelda: Skyward Sword HD