Marlow Briggs & the Mask of Death is $0.99 on Steam. Makes God of War look like shit

Thanks to Lomax for the heads up in the Steam thread

Lomax said:
Here's a great one for hidden deals but well worth jumping on now, Marlow Briggs is down to only 99 cents:

I'm playing this atm and am almost finishing it and wanted to make a LTTP for it, but I think this'll do.

Marlow Briggs is an action game that plays very similar to God of War right down to the right stick being for dodging.
If you like GoW-style games or want one that'll cure that GoW itch, def. get this game, or heck if the image above gives you that 80s action flick feel then you wouldn't be far from the truth, at least it is to me.
Its set pieces and locals are right up there with the likes of the GoW games and Uncharted, here are a dozen snapshots I took from the game below.

Oh and to top it off? Unlike Kratos, Marlow's a cool bro and hero, ain't his fault suicidal mercenaries get in his way, if they were smart to leave him alone, he'd be generous enough not to stick his double scythe up their asses, but whatcha gonna do?
http://steamcommunity.com/id/tizoc7...westfirst&browsefilter=myfiles&view=imagewall

Click or open in new tab for hi res said:

HOW CAN YOU HATE ON THIS?!
Click to expand...

you sure about that claim?
S

I cannot tell if this is serious or not, but that cover art is almost worth the price of admission.

Are you DOUBTING that claim?

if they were smart to leave him alone, he'd be generous enough not to stick his double scythe up their asses
Click to expand...

What a humanitarian.
P

I see Ellen Paige is in this game too
H

Er, it's practically free with my Steam Wallet.

Those screenshots look a lot better than on the XBLA version. Two Best Friends looked at this a while back and got super hyped about it
O

I don't doubt it.

I love God of War but they're the lowest bar in action games.
R

Divvy said:
I see Ellen Paige is in this game too
Click to expand...

she really gets around
C

Now that is how you do a thread title.
H

Look at the capitalization in the Steam "About This Game."

This game is dead serious people.

Grand Optimist said:
Those screenshots look a lot better than on the XBLA version. Two Best Friends did looked at this a while back and got super hyped about it
Click to expand...

PC ver. is 60 FPS btw, I believe 360 ver. is 30 FPS. I should watch that 2 best friends play of Marlow Briggs again, loved some of their jokes and quips.
U

This game is hot garbage. But if you want to see it in action, you can watch the Giant Bomb quick look here.
J

But I think Kratos is a cool bro and a hero.
A

Ugggh I hate buying games on computer bc I never end up playing them.... but how can I resist?!
C

I am going to do some research on this even at 99cents. I have being burned by gaffer recommendations before.
P

You set expectations pretty high with that thread title. For $0.99 though, I'll bite.
G

Read Steam reviews, got the game.
I hope it's a Serious Sam of GoW genre.
S

It does not make God Of War look like shit, and I like the game. It's a good GoW clone and it is pretty humorous and fun as well but come on now.
P

BUT
You can't go in expecting anything but "fuck-yeah" entertainment. If you like that? Yeah, this game is the best.
I

Bought, you sold me with that thread title
P

Jomjom said:
But I think Kratos is a cool bro and a hero.
Click to expand...

I wondered how long it would take before someone brought that up.
M

Thanks OP, was going to get this on XBL with the free codes from Gamestop but I'll get it on Steam since I have enough money in my Steam wallet from cards I sold on the market.
A

you can't go in expecting anything but "fuck-yeah" entertainment. makes mario look like a bitch

It's a really fun game, a bargain at the original price and a steal at $0.99
A

Ashtar said:
Ugggh I hate buying games on computer bc I never end up playing them.... but how can I resist?!
Click to expand...

close the page. is that easy.
F

I'm so getting this when I get home
H 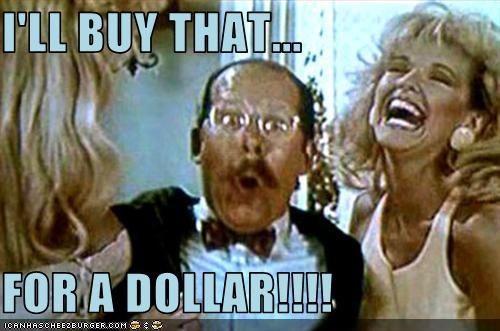 The game is fantastic. I love that it knows its a B-title and never takes itself seriously
V

arab said:
you can't go in expecting anything but "fuck-yeah" entertainment. makes mario look like a bitch

seriously this games looks worth 99 cents and not a penny more
Click to expand...

So it has come to this

After watching Two Best Friends play it, oh man, I fell in love.
Marlow Briggs is great, it's sooo insane and it accepts the insanity and makes tons of jokes, and it's just a joy to play.

Only problem I really had with it was the cutscenes where they're a single frame with the camera rotating and then when it changes so you can't see what's happening it's changed the frame, I dunno how to explain it, but the cutscenes were my least favourite part, but since there's an achievement for skipping all the cutscenes in a playthrough, I think they realised that as well, lol.

DEFINITELY worth picking up for 99c, crazy good bargain.
I do hope there is a Marlow Briggs 2 though since the ending was pretty sequel bait-y, well that and I'd love another game just as insane(or more insane) than Marlow Briggs.
D

gngf123 said:
Er, it's practically free with my Steam Wallet.

I had just enough Steam moneys for this game, and it's been on my Want List for ages. This turned out to be just the right price for it.

Add to that that I finally got my ATOS assessment appointment today after eight months of waiting and biting my nails, plus the second-hand "for parts or not working" 60GB PS3 I bought on eBay for super cheap to fix/replace my broken old launch machine turned out to work fine on its own, thank you very much, and it's been a splendid day for me. I'm pleased as punch.

Bought it from Amazon a few months ago and have been playing it the past few days. Stop overselling it. It does not compare to God of War on any level and Marlow and that mask thing is fucking annoying.
G

Definitely worth it!
S 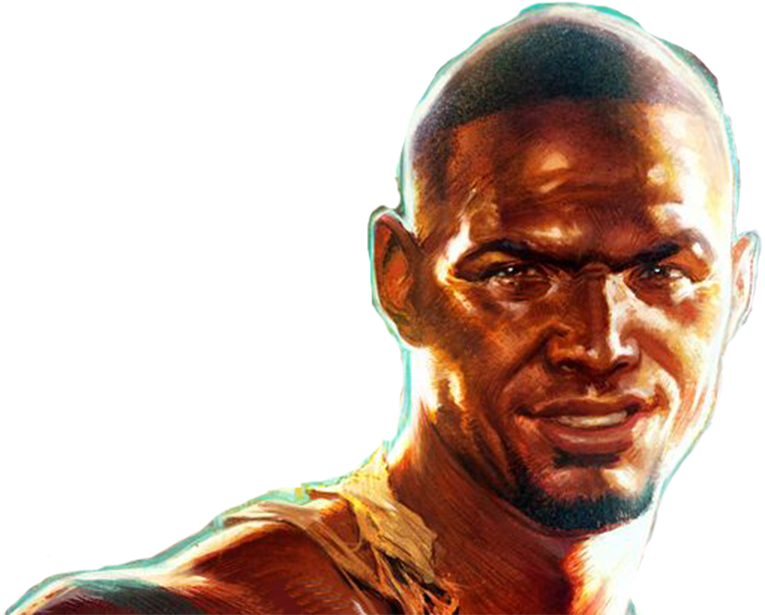 I can vouch for the fact that this game is super awesome. The gameplay is a complete rip of God of War, but it's a good one. I've had more fun with this than any GoW game past 3.
C

"Killing him... will only piss him off"
Z

Uninstalled it at the point where I had to do cross over a bridge before it collapsed. Why am I am scrub?
L

This game is rad as hell and its paced so well. None of the mechanics are super deep but it knows just when to switch to the next thing before it gets boring. Some AAA games could learn from marlow

I know this post is going to look sarcastic because of the "lol its like garahassp and bubsy 3d" crowd but im being dead ass. Marlow is a great B movie in the form of a pretty decent action game